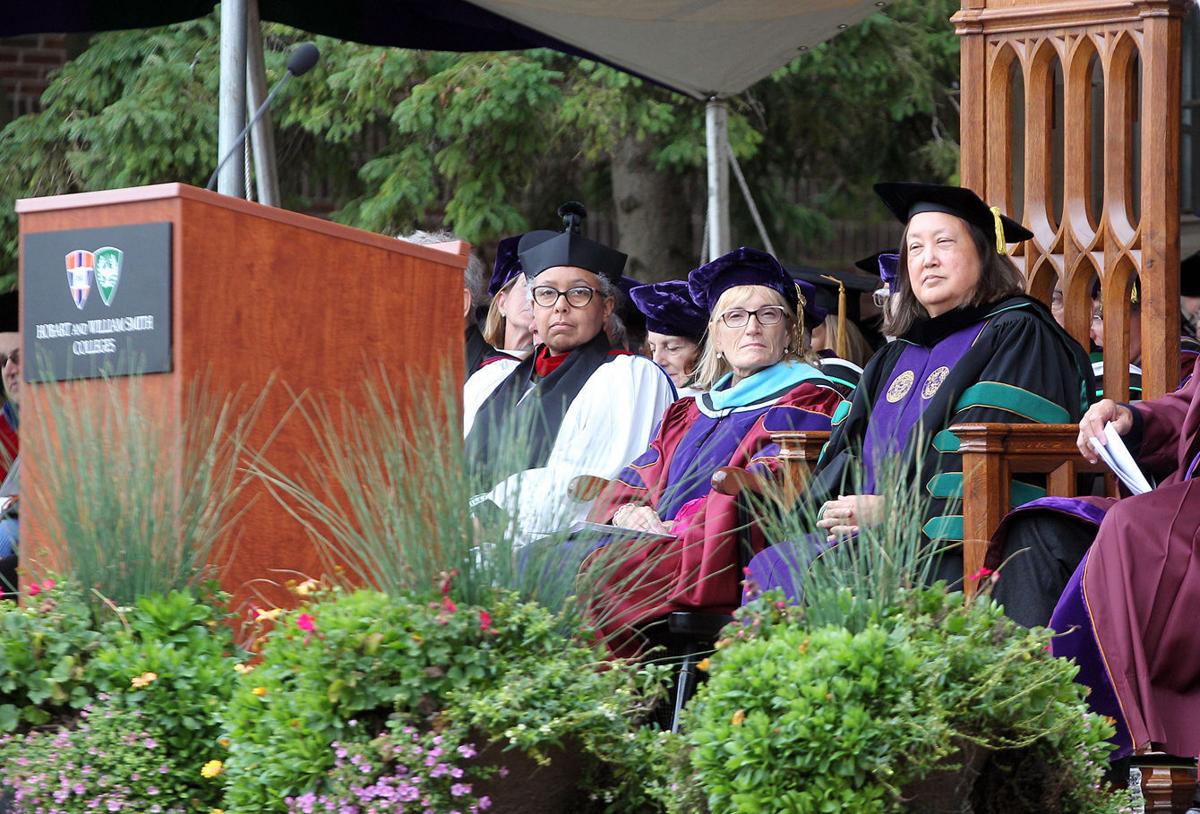 Joyce Jacobsen, the first woman president in the history of Hobart and William Smith Colleges, was inaugurated in October 2019. 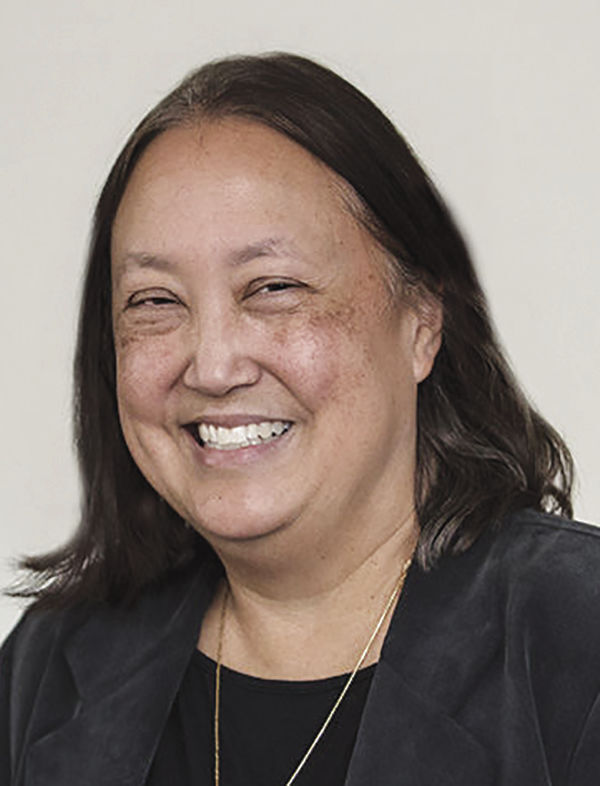 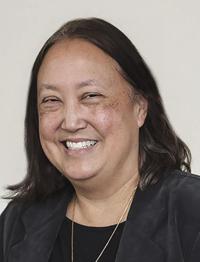 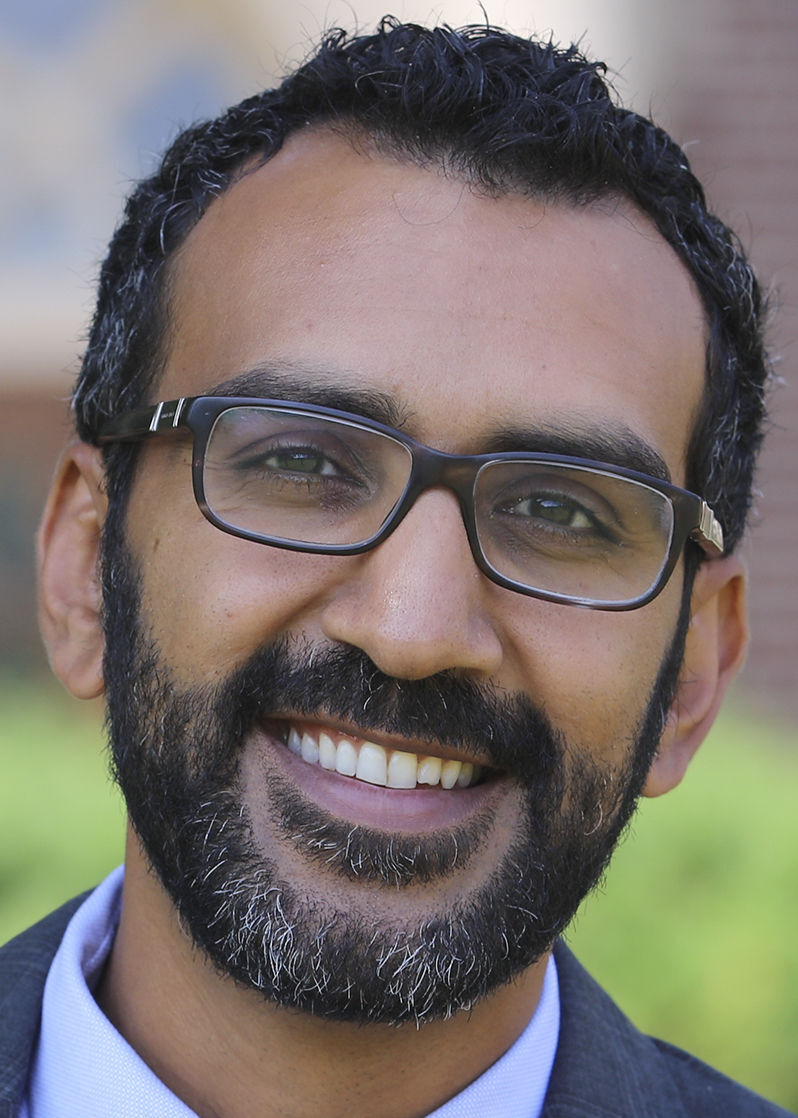 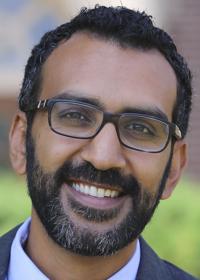 GENEVA — Brendan Csaposs is thousands of miles away from Geneva. But the 2009 Hobart College graduate, who works as an educational administrator in Kenya, keeps close tabs on his alma mater, and he didn’t like what had transpired over the past few weeks.

He’d heard about the remarks Hobart and William Smith Colleges President Joyce Jacobsen made about systematic racism in Geneva, a place she has called home for a little over a year.

In a Zoom discussion with parents, Jacobsen had played down the issue of systematic racism on campus and in the city and region, pointing to the larger Geneva community’s diversity and the peaceful conduct of the Black Lives Matter movement here.

Her remarks drew rebukes from students and alumni, including Csaposs.

Jacobsen has apologized for the comments, including during a panel discussion on July 14 with WXXI’s Evan Dawson, host of “Connections,” an issues-based talk show on the public radio station, which also airs in Geneva on WEOS.

In a message to the HWS community, she touched on her comments in that WXXI session:

“I want to draw your attention to remarks I made earlier this week on the Evan Dawson show. I had been invited to join the program to discuss the ICE directive that has since been rescinded. I was also asked about my recent comments regarding systemic racism and the hospital during one of last week’s Zoom calls with parents and families. On the radio show, I said: ‘I want to acknowledge systemic racism exists as a whole, especially at HWS as a campus. When I spoke on a Zoom call with parents, I did not say that and I’m sorry. It may not have been my intention, but words have power beyond our intention. It took the collective effort of our campus community to draw my attention to this and looking ahead, I want to expand my work with our students and welcome feedback.’

“I stand behind that statement, look forward to the work ahead and thank you in advance for your partnership,” Jacobsen concluded.

Frustrated by Jacobsen’s initial remarks, Csaposs wrote a letter to the president, claiming that despite what she might have believed, systemic racism is an issue at HWS and the city at large.

He wrote that “many of my friends have experienced racism in Geneva, from members of HWS staff, from campus security and from GPD (Geneva Police Department). This applies both to students and alumni that I know, and friends of color that I made that live in the Geneva community. When I was on campus last year, I made a point of talking to the majority of the reunion workers (incidentally, many of which were HEOP students of color who were driving rich white alumni around campus in golf carts all weekend — dig into the optics of that — because I was interested to see if things have improved since my days on campus. I was disappointed but not shocked to hear that they have not.”

Csaposs went on to say that he would be withholding donations to HWS until he sees “concrete action,” and that he is asking his parents and fellow alumni to do the same.

In a follow-up Zoom session last week, Csaposs said it’s time to end the vilification of Jacobsen and take real steps to address issues of race on the HWS campus.

“My goal is not to publicly flog anyone, to publicly shame anyone,” he said. “At the end of the day, what I care about is something changing. Dialogue is meaningless if nothing changes. We need to shift from accountability to action.”

Csaposs said HWS needs a more equitable and welcoming environment for students of color, and that it’s those people who need to be heard.

The calls for change have not gone unheard, HWS officials said.

Jacobsen was unavailable for further comment on the matter, but the Colleges and referred additional questions about race on the Geneva campus to Khuram Hussain, vice president for diversity, equity and inclusion.

He said in response to emailed questions by the Finger Lakes Times that there are a multitude of efforts going on at HWS to create a more welcoming, inclusive environment for minority students.

“Every office, department and individual at HWS has the responsibility to support students of color by implementing our Strategic Diversity Plan, created by the HWS community in 2016,” he said. “Right now, we are seeing a significant rise in faculty, staff and students taking actions aimed at improving conditions for students of color. Many departments and programs are participating in anti-racism workshops and trainings, as we continue our racial justice teach-in series for the entire Geneva community. They are strategically engaging culturally responsive hiring and recruitment practices. Students, as always, lead the way through their public advocacy, organizing and leadership in student organizations.

“We will also build on the efforts of many educational pioneers like Marilyn Jimenez who long toiled to make the HWS curriculum more representative of the diversity of our community. This includes expanding support for interdisciplinary programs like Africana Studies and bridging diverse programs so all students can move away from a Eurocentric worldview and learn from the intellectual contributions of people of color.

Hussain touched on changes that campus safety is making that recently were announced by Marty Corbett, associate vice president of campus safety.

In a message to the HWS community, Corbett said: “Campus Safety will continue our ongoing staff development with Khuram Hussain and others to educate ourselves about institutional and structural racism, the daily struggle experienced by our students of color and how we can earn trust. I have also directed that our uniforms be changed. We will no longer wear police-styled uniforms and carry badges. We have heard for too long from students of color and others that the uniform signals an appeal to law enforcement culture, and this change is long overdue. Your campus safety staff are not police officers, we have no powers of arrest, we do not carry instruments of violence and we reject that culture. Our new uniforms will signal that we are available to support the safety and well-being of students.

“In all of our work, we want to focus on collaborating with members of the Hobart and William Smith community to provide a safe and secure living and educational environment that nurtures the academic and social growth of our students.”

Hussain said the “recent, visible changes to Campus Safety are a result of a deeper, yearlong process through which Campus Safety has been examining how they fit within larger systems of racial inequity. The director of Campus Safety’s recent letter to the community represents, I believe, the kind of cultural humility and self-reflection necessary for organizations to become more inclusive and anti-racist in their operations.

“Students of color have been calling for these changes and Campus Safety is answering that call,” Hussain continued. “The Office of Diversity, Equity and Inclusion will continue to work with Campus Safety to develop their action plan for internal work. As other offices, departments and individuals also develop and implement similar programs for internal work, we will start seeing a real change in campus climate.”

Hussain said the work is far from over for HWS administration in addressing racial issues on campus and that there is more action ahead.

“I believe we must honor this moment of public reckoning and inspire hope,” he said. “We will continue hosting teach-ins and anti-racism dialogues over the summer and are planning forums in the fall. However, it is essential to recognize that conversation without action is empty. It takes courage for historically marginalized people to speak out against racism. We must honor that courage. We plan truth-telling about racism to guide action steps for institutional change and a shift in campus climate.”

Jim Spates, a professor emeritus at HWS, is confident Jacobsen will answer student and alumni concerns about how people of color feel about their place on the Geneva campus with action, not lip service.

“I’ve gotten to know Joyce, and she is a very, very excellent choice for the Colleges to get through this,” Spates said. “She is very concerned, very smart. She has my full confidence.”