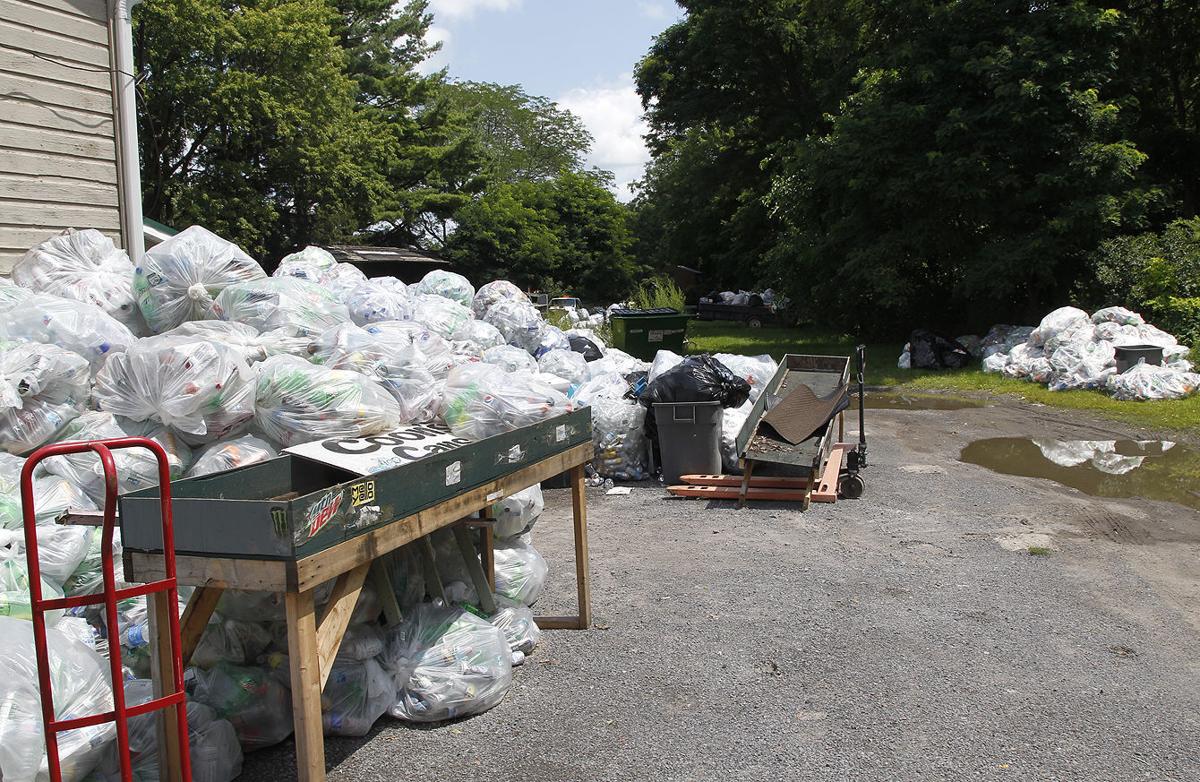 Cans and bottles are piled up outside the Coon’s Cans location in Phelps. 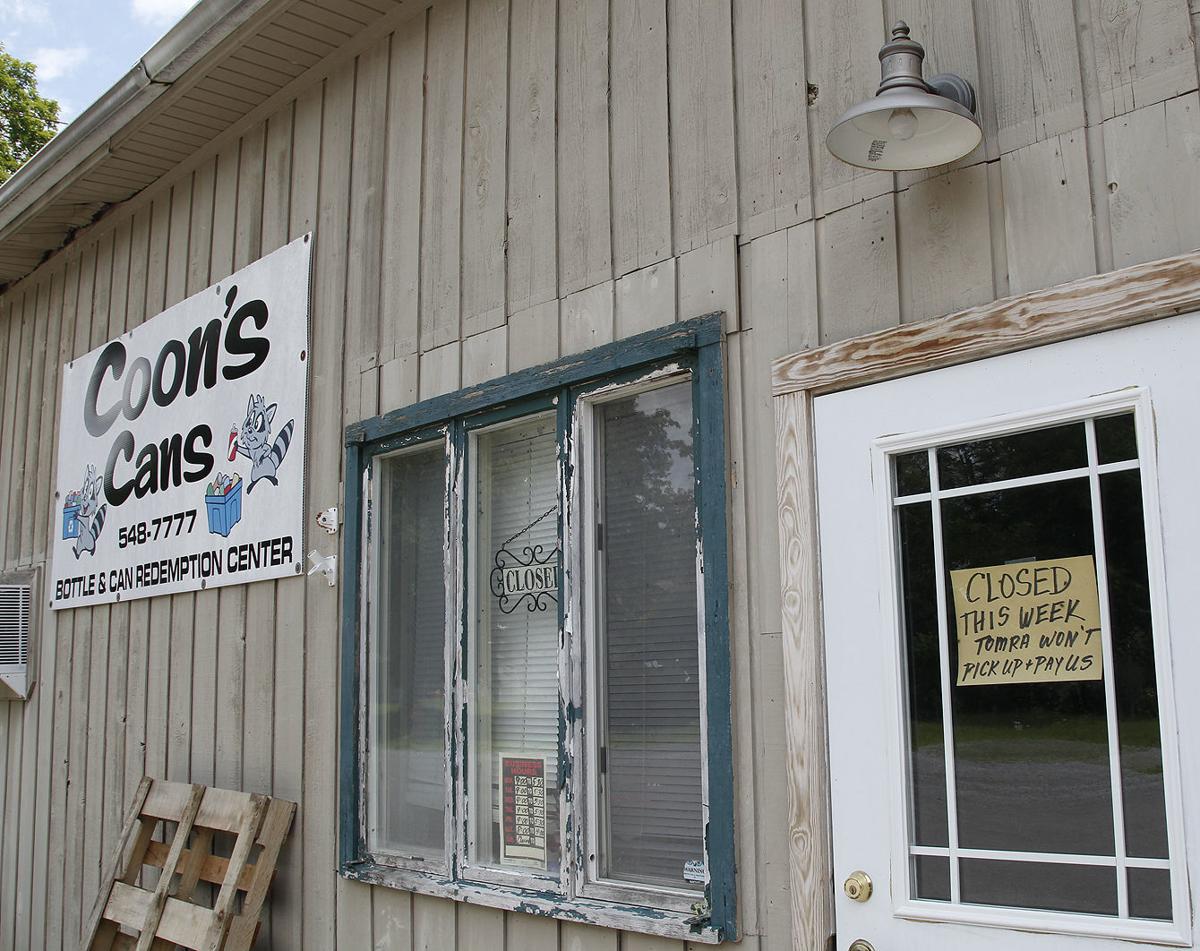 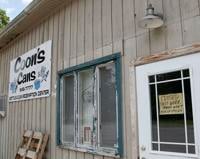 Coon’s Cans locations in Phelps (pictured) and Geneva have been closed for about two weeks, as the company contracted by the state to pick up returnables from area redemption centers has not done so consistently.

Cans and bottles are piled up outside the Coon’s Cans location in Phelps.

Coon’s Cans locations in Phelps (pictured) and Geneva have been closed for about two weeks, as the company contracted by the state to pick up returnables from area redemption centers has not done so consistently.

PHELPS — Over the last week or so, people who take their returnables to Coon’s Cans locations in Phelps and Geneva have likely been disappointed — or perhaps angry — to drive in and see a closed sign on the door.

The owner of both sites understands her customers’ frustration. However, she believes that anger should be directed at a different company, TOMRA, which has a contract to pick up cans and bottles regularly from her sites and other area redemption centers — but has not been doing so.

“Both of my stores have been closed temporarily due to TOMRA’s failure to pick up our loads on a regular basis as outlined in the (state) law. We are to be picked up at an agreed-upon interval, which for us is weekly and not to exceed 14 days,” Cathy Coon said in a recent email to the Times. “I have not had both of my stores fully picked up in the same week since mid-June. We cannot take in more until we get rid of and paid for our current load.”

She added: “Keep in mind that I am paying out (to customers) and depend on TOMRA to reimburse the initial deposit payouts, plus pay our handling fees. No pickup, no pay. I have had weeks with no pay, pay from a half load from one store, partial pay from two stores. I have kept my employees on, but can’t do much more.”

Coon said the Staples Redemption Center in Canandaigua has been closed due to the same issue, as well as D&M Grocery’s redemption center in Waterloo. The owner of Staples could not be reached for comment, but Shelly Mueller — who owns D&M with her husband, Steve — backed up Coon’s concerns.

“We have a little space after they (TOMRA) recently picked some up, but we will be full by the weekend. We are open for customers, but we are not picking up from (Waterloo) Little League and the Junius campgrounds, where we have in the past,” she said. “They are overflowing out there, but we have nowhere to put it.”

Mueller said when a TOMRA driver recently picked up some returnables from D&M, for the first time in a month, she was told the company has a lack of drivers.

“It’s just a mess,” she said. “This has happened before over the years, but it’s never been like this.”

“It may be said that this is COVID related, but this has occurred every year for the 10 years I have been open,” Coon added. “I have complained to anyone that will listen, from our governing body (state Department of Environmental Conservation) to politicians. Nothing changes.”

Coon added that the office of state Sen. Tom O’Mara has been looking into the situation. The Times sent emails to the offices of O’Mara, state Sen. Pam Helming and state Assemblyman Jeff Gallahan, but did not get a response.

Maureen Wren, the DEC's director of media relations, said the state does not contract with TOMRA but the DEC is working with the company to address complaints received from redemption centers. TOMRA contracts with deposit initiators — companies such as Coca-Cola, Pepsi, Nestle, etc. — to serve as their pickup agent to collect empty beverage containers from the redemption centers.

"As part of our oversight of New York's Returnable Container Act, DEC recently initiated enforcement action against TOMRA for their failure to pick up empty beverage containers from certain redemption centers in Central New York," Wren said. "DEC is currently investigating service disruptions in the Finger Lakes region as well."

Local resident Rosemary Baker, who takes her returnables to Coon’s Cans on West Washington Street in Geneva, is not blaming the local business.

“This is terrible. These people do quite a service for the community,” Baker said. “I don’t know them personally, but they are great people and friendly. It’s great to have a local place to take our cans.”

Coon believes the situation is worse now that TOMRA has a redemption center in Newark, where her Phelps customers are going. She added that the company also owns most of the automated machines that accept returnables at stores and other businesses.

“So the company I have to depend on is also my competitor,” she said. “TOMRA holds the contracts to pick up empties on behalf of local distributors, so we are not able to work with anyone else.”

TOMRA, a Norway-based company, has its U.S. corporate headquarters in Connecticut. In New York, it has offices in Brockport and near Syracuse, and its area drivers are out of Farmington.

“I don’t know who is in charge in Farmington,” Coon said, adding that TOMRA services most counties in the state. “The place has a revolving door.”

The Times also reached out to a TOMRA media representative by email. It was not returned.

Coon said TOMRA incurred the largest fine ever levied by the European Union for violating antitrust laws. According to online sources, the fine was more than $31 million.

“It is a hornets’ nest that favors the global corporation over New York state small business owners,” she said.

“They basically have a monopoly,” Mueller agreed. “I feel bad for businesses like Coon’s Cans. We have a (grocery) store, so we can still pay employees and have income from the store.”

While Coon realizes speaking out against TOMRA could put a bigger target on her back, she is willing to risk it.

“At this point, it’s put up or shut up,” she said. “My competitor should not be responsible for servicing and paying my business.”