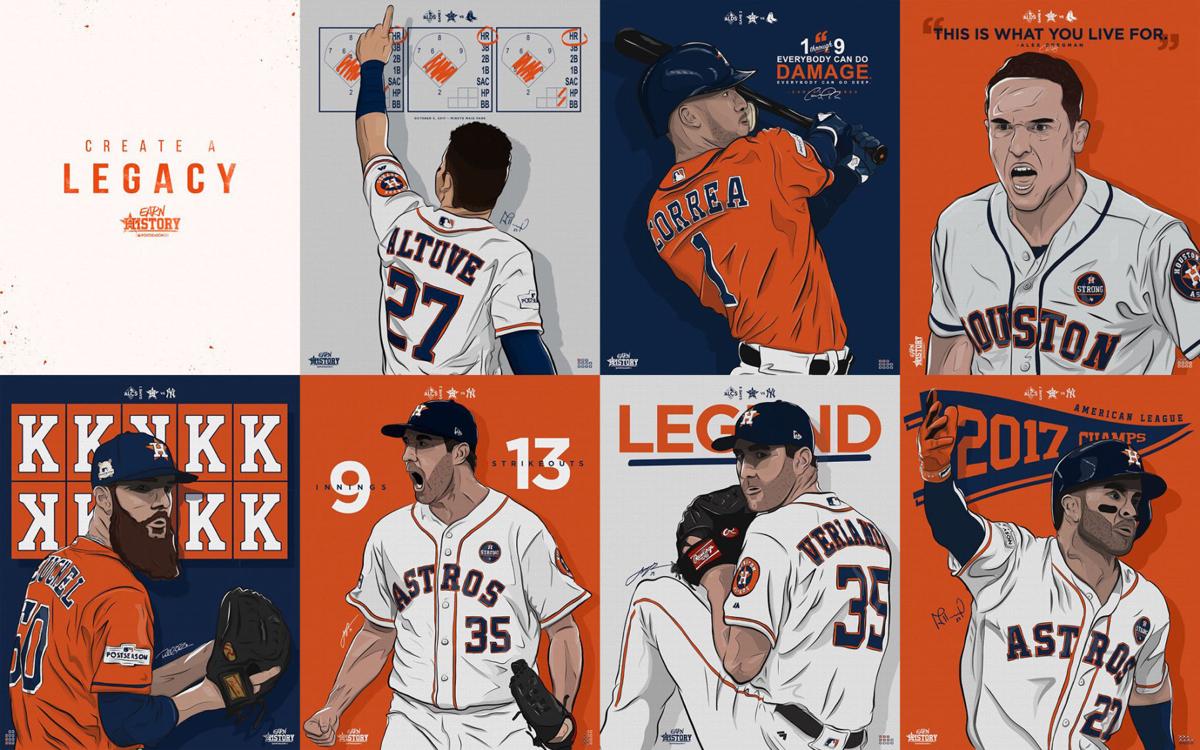 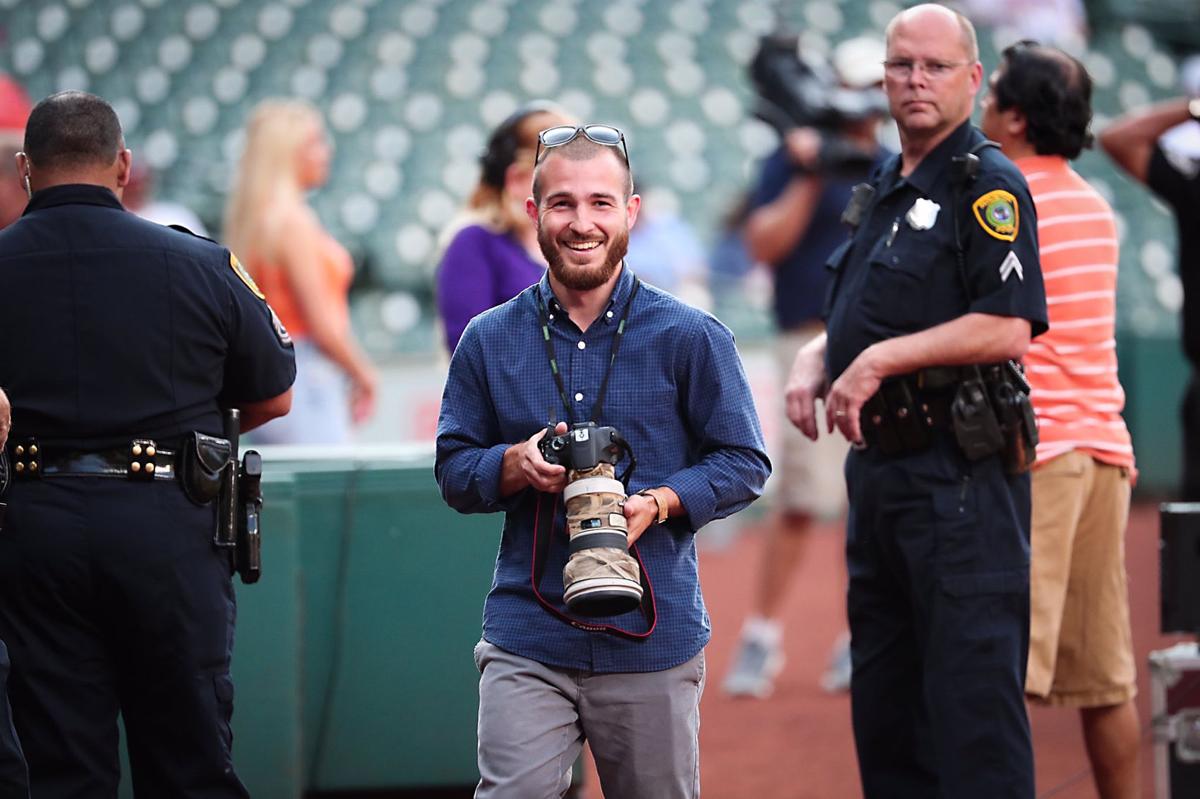 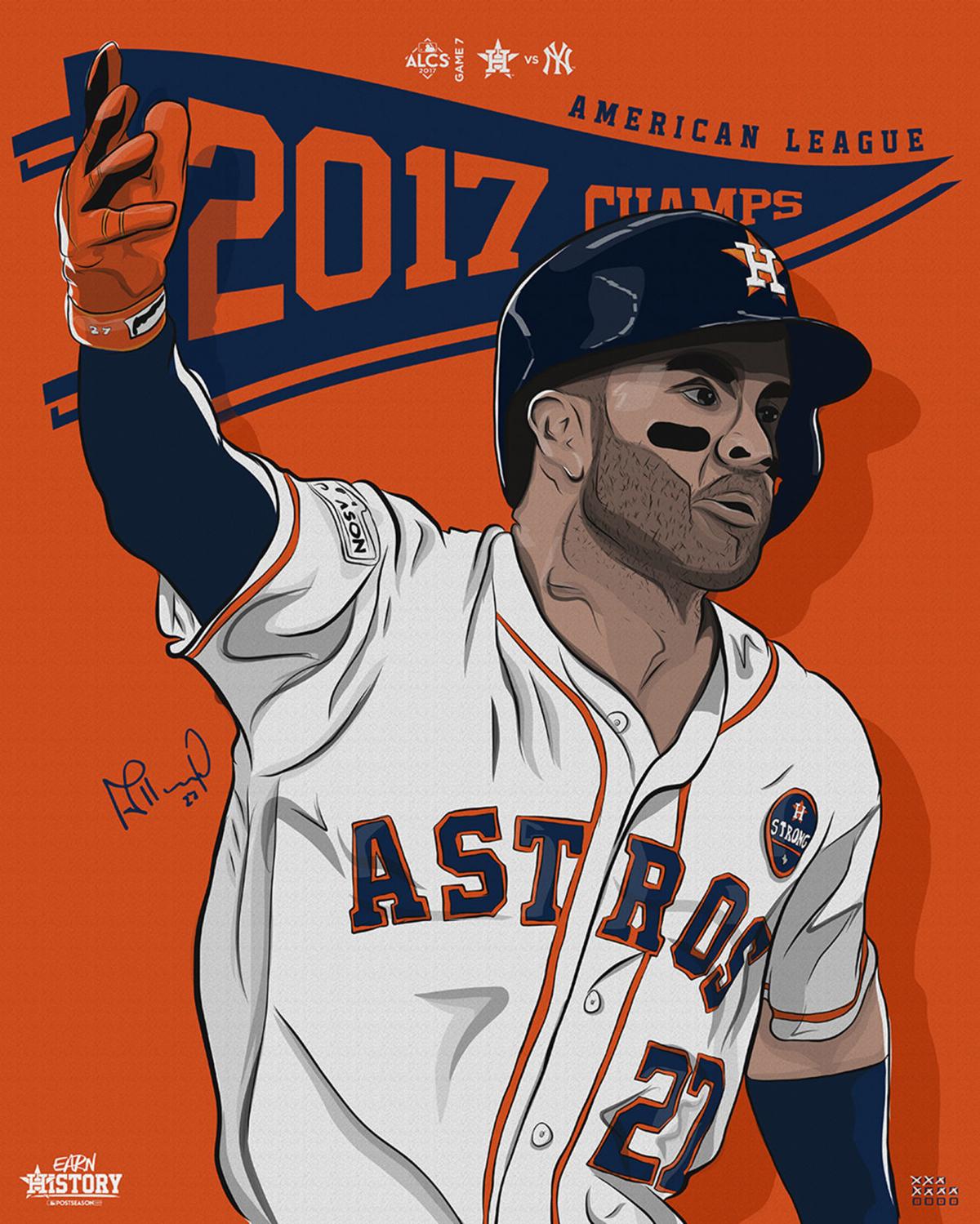 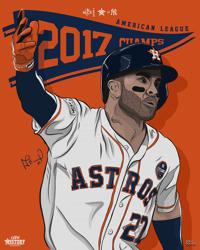 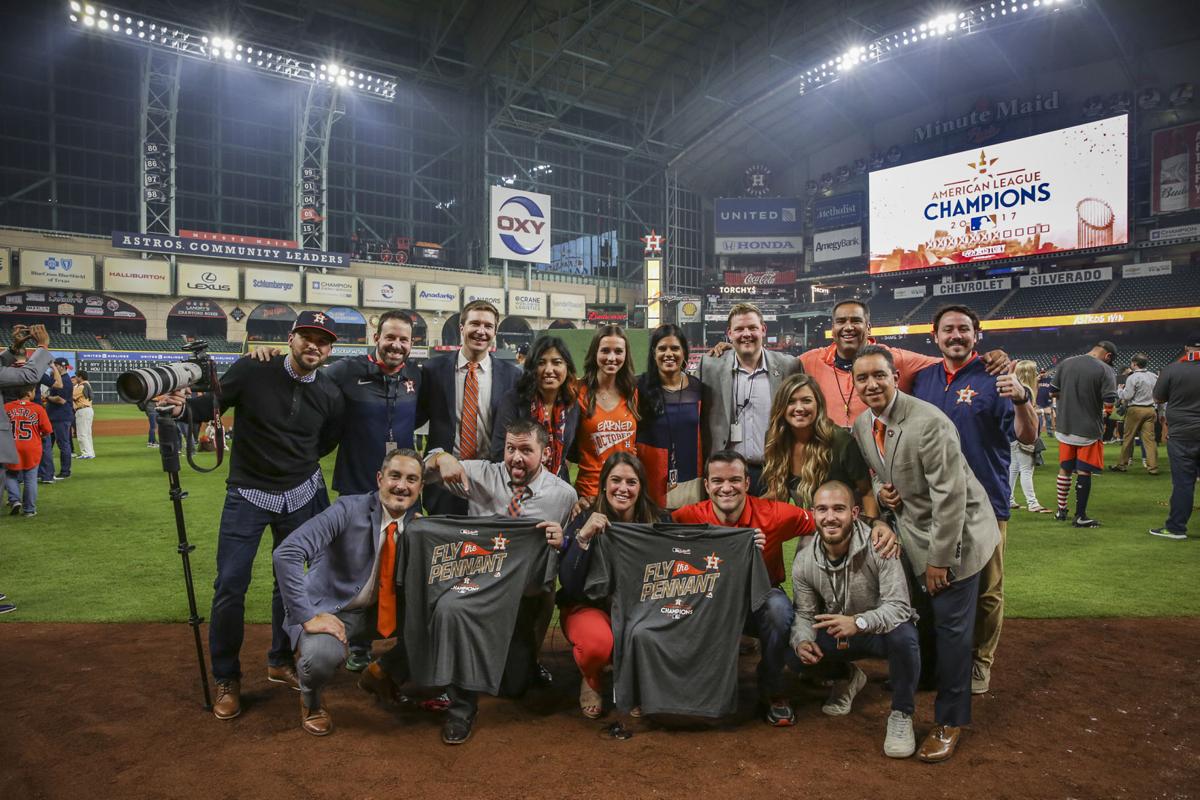 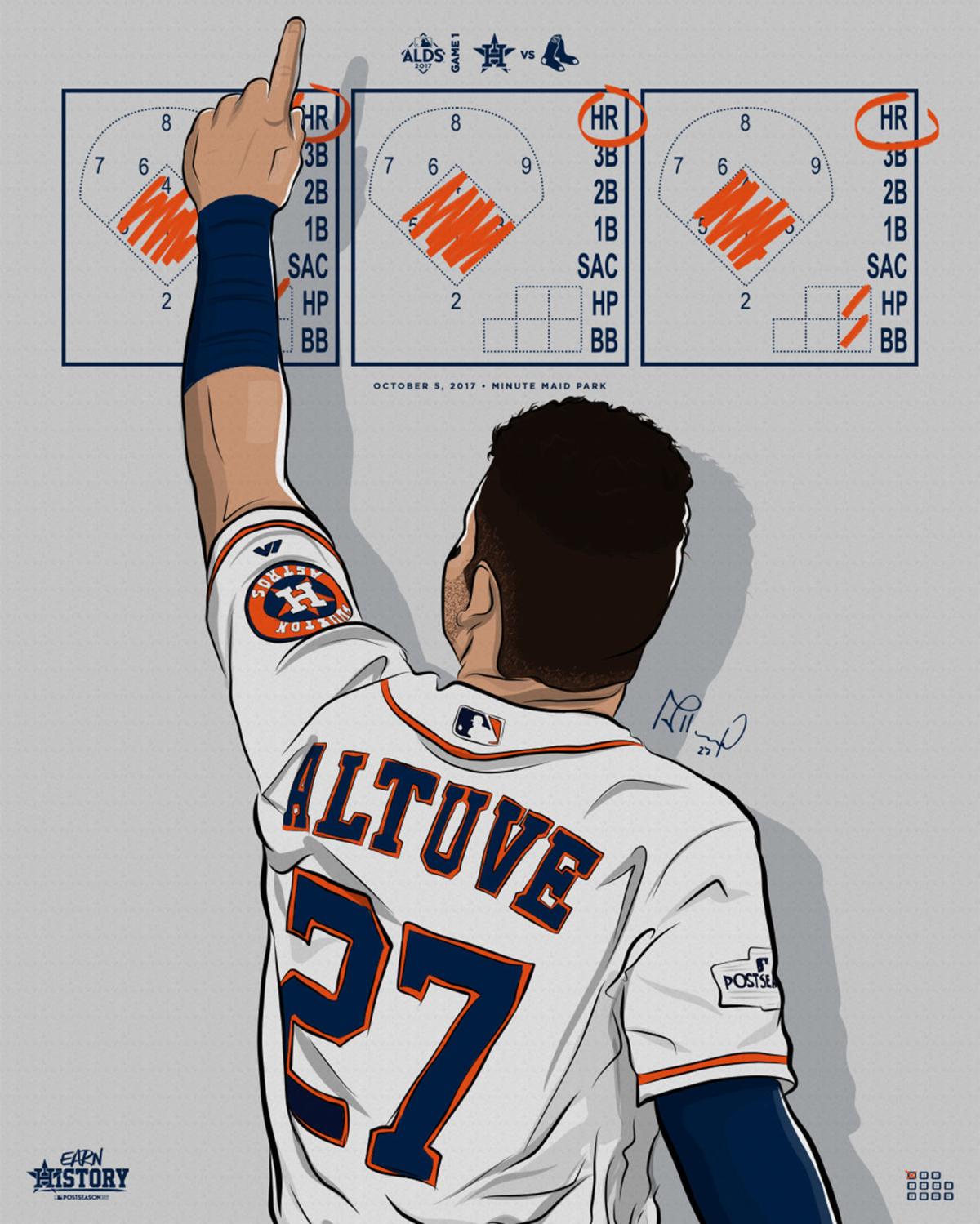 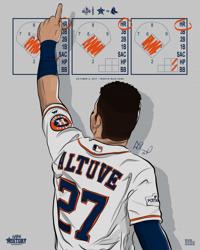 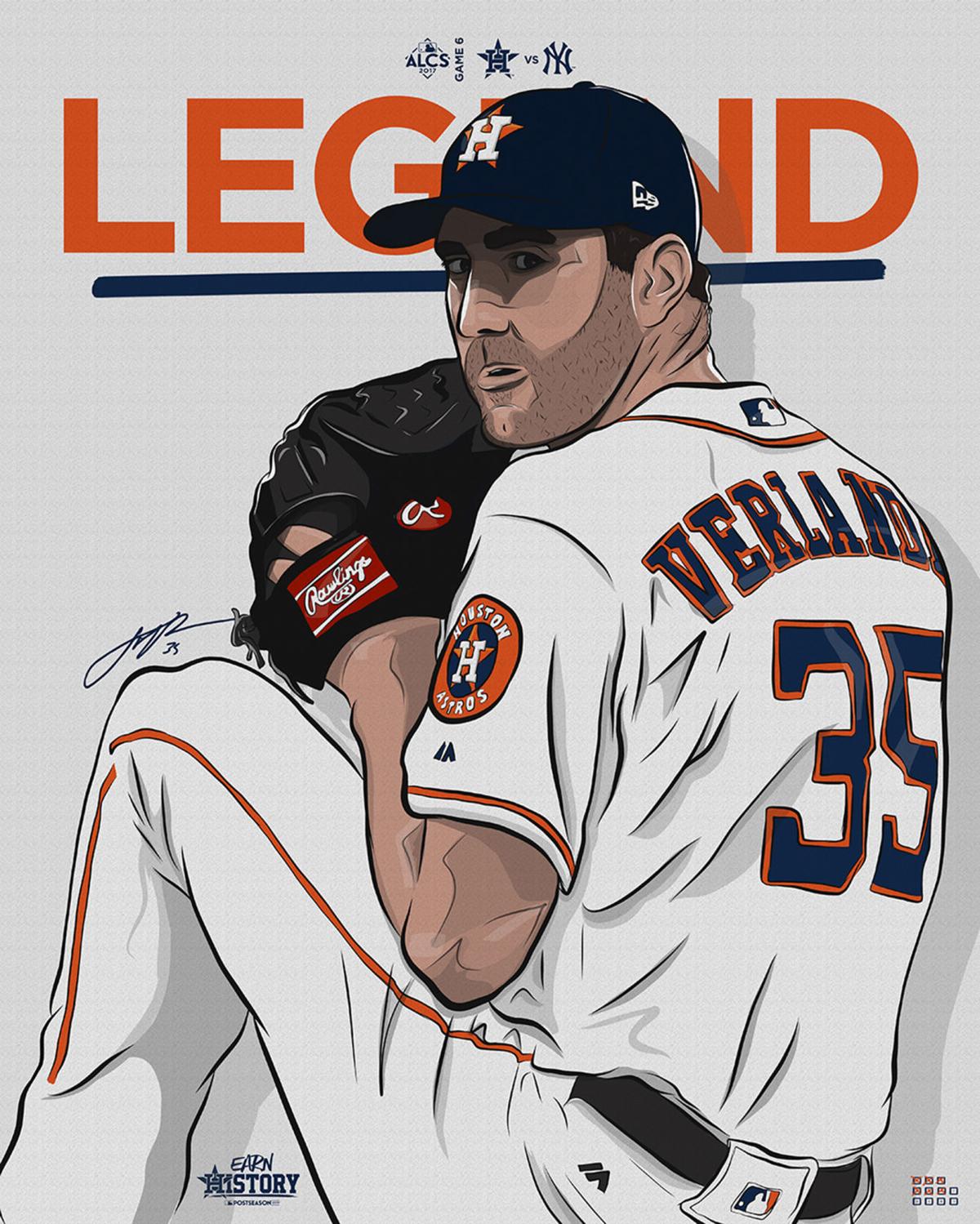 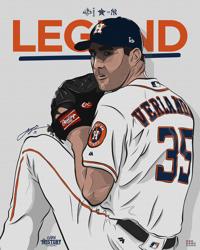 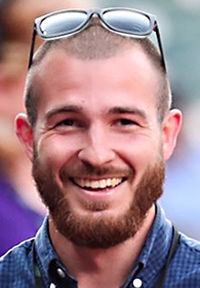 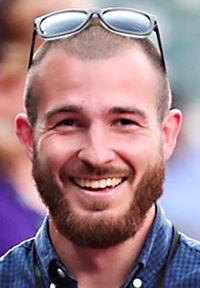 GENEVA — “We just don’t recognize life’s most significant moments while they’re happening,” said Dr. Archibald “Moonlight” Graham in the 1989 baseball film “Field of Dreams.” “Back then I thought, ‘Well, there’ll be other days.’ I didn’t realize that that was the only day.”

Graham was talking about the one and only game he ever played in the major leagues. It was a reference to making the most of one’s opportunities and living in the moment.

For Geneva native Joe Smaldone, his own opportunity in the big leagues is one that is not being taken for granted.

On Smaldone’s computer wallpaper is the quote “Create something today even if it sucks.” He says it is a source of daily inspiration.

“I try to live by that quote because if you constantly push yourself to create every single day, you’ll always be improving, you’ll always be learning and, every once in a while, what you create that day won’t suck,” Smaldone said.

With the World Series underway this week — Game 3 is tonight in Houston — Smaldone is hard at work in the Astros front office. He works in the marketing department as a graphic designer. He lives just outside of downtown Houston and works each day at Minute Maid Park, the Astros’ home stadium.

Previously, he worked as an intern for the Tampa Bay Buccaneers, as well as a marketing and graphic design assistant at the University of North Carolina.

The Astros, an expansion-era team established in 1962, have a relatively short history compared to that of their opponent, the storied Los Angeles Dodgers. However, what the Astros lack in postseason experience and championship pedigree, they make up for in youthful energy, hunger and ambition — in all levels of their organization.

That also describes Smaldone, a 2009 Geneva High graduate, and his own determination and potential.

After graduating from Ithaca College with a bachelor’s degree in sports management, Smaldone earned a master’s in sports administration from the University of North Carolina.

“Sports were just a part of my family growing up,” said Smaldone, the son of Doug and Pam Smaldone. “My older siblings both played multiple sports, and I followed along, whether it was Little League or soccer camps.”

These days, Joe’s brother Paul is a general manager at Wegmans, while his sister, Randalle, works for the city of Charlotte, N.C.

For Smaldone, the path to graphic design wasn’t immediately clear.

“I feel like I’ve always had some sort of artistic side,” said Smaldone, noting he didn’t really get into art until college. “I used to draw a bunch when I was younger, but I kind of got away from it when I got into sports. I’d mess around with some design software and make some fliers or web graphics for the wrestling team there. I took a couple electives that focused on web design and photography. Even then it was still a side hobby. I didn’t really get into the type of work I do today until I was in grad school.”

He credits his career path to Tony Tucker, an instructor at UNC.

“He taught me so much in design and really pushed me and convinced me I could turn it into a career,” Smaldone said. “I wouldn’t be where I’m at today if I didn’t meet him.”

As part of the marketing team for a professional sports team, there are many projects to tackle.

“On any given day I could be working on T-shirt design, web graphics, stadium signage, logos, posters, and really anything you see from the Astros online, or the stadium, is from our creative team,” he said.

He enjoys working on the corporate side of sports. It’s far different from his days playing high school baseball and wrestling in high school and college.

“You have to take the fan out of you a lot of the time, but I love being a part of the behind-the-scenes of a sports team,” he said.

Thinking back to his first day on the job in Houston, he said it was a mixture of nerves and excitement.

“I think with any creative field or job, you always have some sort of self-doubt or worry about your work being good enough,” said Smaldone, adding, “I think there is a natural sense of self-doubt that you have every now and then; you just have to push through.”

That’s exactly what the city of Houston did earlier this year. Smaldone remembers well Hurricane Harvey and its impact on the community — and how the people of Houston bonded to get through the natural disaster.

“The Astros, coming back to play in Houston after Hurricane Harvey, that was a really special thing to be a part of,” he said. “Thousands of people lost their homes. People lost their lives. The city was looking for something they could smile about even for a couple of hours.”

“We created a ‘Houston Strong’ patch for the team to wear, and they have worn it on their jerseys ever since. It’s been an inspiration to the team and the city.”

Right now, Smaldone is working on a postseason print series called “Legacy.” The project includes illustrating key moments, or the best player from each of the Astros’ postseason wins, in order to tell a visual story to fans.

In the long run, according to Smaldone, “we are in the process of building the entire brand of our new minor league team in Fayetteville, N.C. It includes everything from the name of the team, to the logos, uniforms, mascot, everything. It’ll probably be a two- to three-year process overall.”

As much as he enjoys Houston, Smaldone admits living more than 1,500 miles from home is tough at times.

“I miss family and friends more than anything, and Wegmans and the lake ... I joke with people that sometimes I feel like I’m living on another continent because it is so far away,” Smaldone said, “but I love the [Houston] area.”