Jon “Chuck” Verkey, standing, sixth from left, is seen with his family, including his wife, Christine (standing in front of him) during a gathering earlier this year. 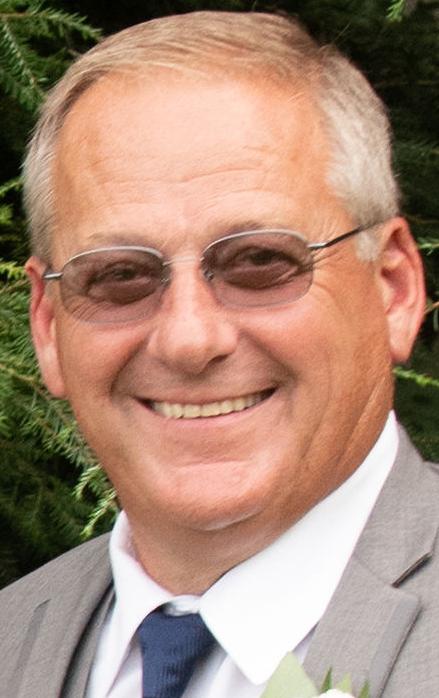 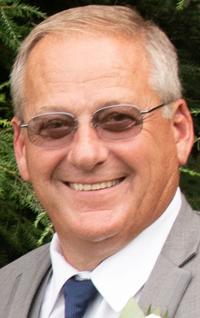 ARCADIA — For some, Jon “Chuck” Verkey may have been the soft-spoken guy who wasn’t terribly comfortable with the limelight, despite holding the town of Arcadia’s highest elected office.

But there was a more mischievous side to the former state trooper, said former Sodus town supervisor and Wayne County Board of Supervisors chairman Steve LeRoy.

When LeRoy spoke from the dais in the Supervisors Chambers at the Wayne County Courthouse during Tuesday morning meetings, Verkey would do his best to disrupt the chairman’s train of thought.

“He’d sit there at his desk and he’d make these faces at me,” LeRoy recalled with a laugh, “and he’d crack me up. He was comical like that.”

It was the jokester side that County Administrator Rick House remembers with fondness as well.

Verkey may have loved a good laugh, but he was a private man, LeRoy noted.

“He didn’t open much up and talk about personal things,” LeRoy said.

After assuming the supervisors’ chairmanship in 2016, LeRoy appointed Verkey as chair of the Public Safety Committee. It was a position LeRoy called “a perfect fit” for Verkey, who served as a trooper for 20 years, retiring in 1998. He went on to work as a code enforcement officer for Arcadia, as well as a school bus driver.

House agreed that Verkey preferred to work outside the limelight.

“He was not a very public guy,” House observed. “He was not much for talking to the press. ‘That’s your job’ he would say to me.”

Verkey may not have been the most vocal legislator, but LeRoy and House described him as an outstanding supervisor, serving the town and county well.

“He and I worked very well and he would pull no punches,” House said. “Nothing ever blew past him. He scrutinized everything. He could do (the Public Safety chair) because he was from the public safety arena.”

House got acquainted with Verkey when they both worked in law enforcement.

“We developed a friendship many years ago when Chuck was assigned to Williamson (state police station),” said House, noting that their respective families went on ski trips together.

One of Verkey’s dearest friends was Pete Fagner. They were neighbors for 35 years.

Fagner said they assisted each other on a host of construction projects, including the Verkeys’ family cottage.

“I also helped him on all his maintenance work at his apartments,” Fagner said. “I still can’t believe it (that his friend had died). He was a nice person. You couldn’t ask for a better friend. I’ll never forget him.”

Board of Supervisors Chairman Ken Miller of Palmyra said Verkey loved a good laugh but accepted the responsibility that came with the supervisor job.

“He was a man of his word,” Miller said. “He did know how to have fun — loved to bust your chops — but was very serious when it was time to work. He was my first choice for vice chairman for the Wayne County Board of Supervisors and was always there when I needed him. I called him friend.”

Arcadia Town Clerk Diane Allerton provided a statement on behalf of the Town Board on Verkey’s passing:

“The town of Arcadia was fortunate to have Jon ‘Chuck’ Verkey as its supervisor for six years,” members said. “At the county level, he was a tireless advocate for his constituents and served on several committees. He was Arcadia born and raised. He always had his hometown’s best interests at heart.”

“Chuck spent a lifetime serving the public, and he will be missed by many in our community and beyond,” Taylor said.

Sheriff Barry Virts noted he and Verkey started their law enforcement careers at the same time.

“Chuck and I worked together as a deputy (me) and him as a trooper in the late 1970s, when we both started, and throughout our careers until he retired on 1998 from the New York State Police,” he said. “Then we reconnected upon his election as Arcadia town supervisor and his appointment as the county’s Public Safety Committee chair.

“Chuck was passionate about his role as the county’s Public Safety Committee chair. In all my interactions with Chuck, from young men to now, Chuck loved his wife, Christine, his children, the town of Arcadia and public safety.”

While Verkey may have shied away from the limelight, he was the star in the eyes of his children, said daughter Jeanne Shipley of Phelps.

She penned some heartfelt words dedicated to her dad.

They read, in part:

“When we found out that you had this awful cancer, all I could think was ‘it’s a mistake, the doctors had looked at the wrong scan,’” she wrote. “After a lot of crying, I decided that I would only let myself believe that you were going to be one of the ones that beat the odds and kicked this cancer’s ass. I remember looking up the diagnosis and being so angry. How could the doctors be telling us you had maybe two years, and the internet was saying about 15 months? Well, here we are, 16 months later, and you are gone. It doesn’t feel real. It feels impossible, like this can’t be happening. Why can’t we just wake up from this terrible nightmare?

“That being said, I feel like one of the luckiest people in the world, because I didn’t get just one dad — I got two amazing dads. From the day you came into our lives you spent every day loving us and treating us as your own. As a kid I didn’t realize how lucky I was. I grew up in a loving house, with someone who put their life on the line everyday so that we could go on family trips and do all those things kids dream of doing. Only now as an adult do I realize how hard you have always worked to make our wishes come true. I know now it could not have been easy with five kids. … There were graduation parties with you doing doughnuts in the field; pool parties with you jumping off the roof. …You were there for everything: our birthdays, our recitals and all our sporting events. You walked us all down the aisle and were at the hospital for the births of many grandkids. You worked on each one of our homes through the years and never complained. … I don’t think any of us will ever be able to accept how in such a short time this tumor could take the father, husband and friend we have loved for so many years.”

Calling hours for Verkey were held Saturday, Sept. 18 at Norman L. Waterman Funeral Home in Newark, with a memorial service following at the Newark American Legion. In lieu of flowers, the family asks that you consider donating to the Humane Society of Wayne County, 1475 County House Road, Lyons, NY 14489.

What others are saying about the passing of Jon ‘Chuck’ Verkey

• Scott Johnson, Sodus town supervisor: “While I only had the honor of working with Chuck for a year and a half on the board, it was a great experience. I had known him before I was elected and he became my go-to guy when I had questions, being the rookie I was. His knowledge of the issues were vast and provided me with some great experience. He will be missed by all that had the opportunity to serve with Chuck and by the town of Arcadia.”

• Richard Lasher, Rose town supervisor: “I became supervisor for the town of Rose in 2020, and that is when I first met Chuck. He always had a smile and was very easy to talk to. I enjoyed working with Chuck and he will truly be missed.”

• Kim Leonard, Macedon town supervisor: “Jon ‘Chuck’ Verkey has always been a public servant — from serving as a New York state trooper through being the supervisor of Arcadia in Wayne County. I learned a lot from working with Chuck, but most of all, I admired his determination and will as he dealt with his illness while continuing to serve his constituents. I truly believe he chose 9/11/2021 to pass; he will always be remembered, but never forgotten.

Wayne County District Attorney Mike Calarco: My sincere condolences to Christine and family. Chuck was with the New York State Police when I was first appointed an assistant district attorney in the DA’s Office. I also worked with him closely as a code enforcement officer with the town. I will surely miss him.

• Bob Johnson: “Chuck, or who I called JCC, and I were A-Line partners for several years back in the late 1970s-early ’80s at the old State Police station in Williamson. We had some good times working together. JCC was a great trooper who had that street sense of knowing who the bad guys were. I am lucky to have worked with him, but more so to have just called him and old friend.”

ARCADIA — The Town Board has scheduled a special meeting for Wednesday, Sept. 29 at 4 p.m. to appoint board member Richard VanLaeken to the supervisor’s position that has been vacant since the Sept. 11 death of Jon “Chuck” Verkey.

VanLaeken is currently the deputy supervisor.