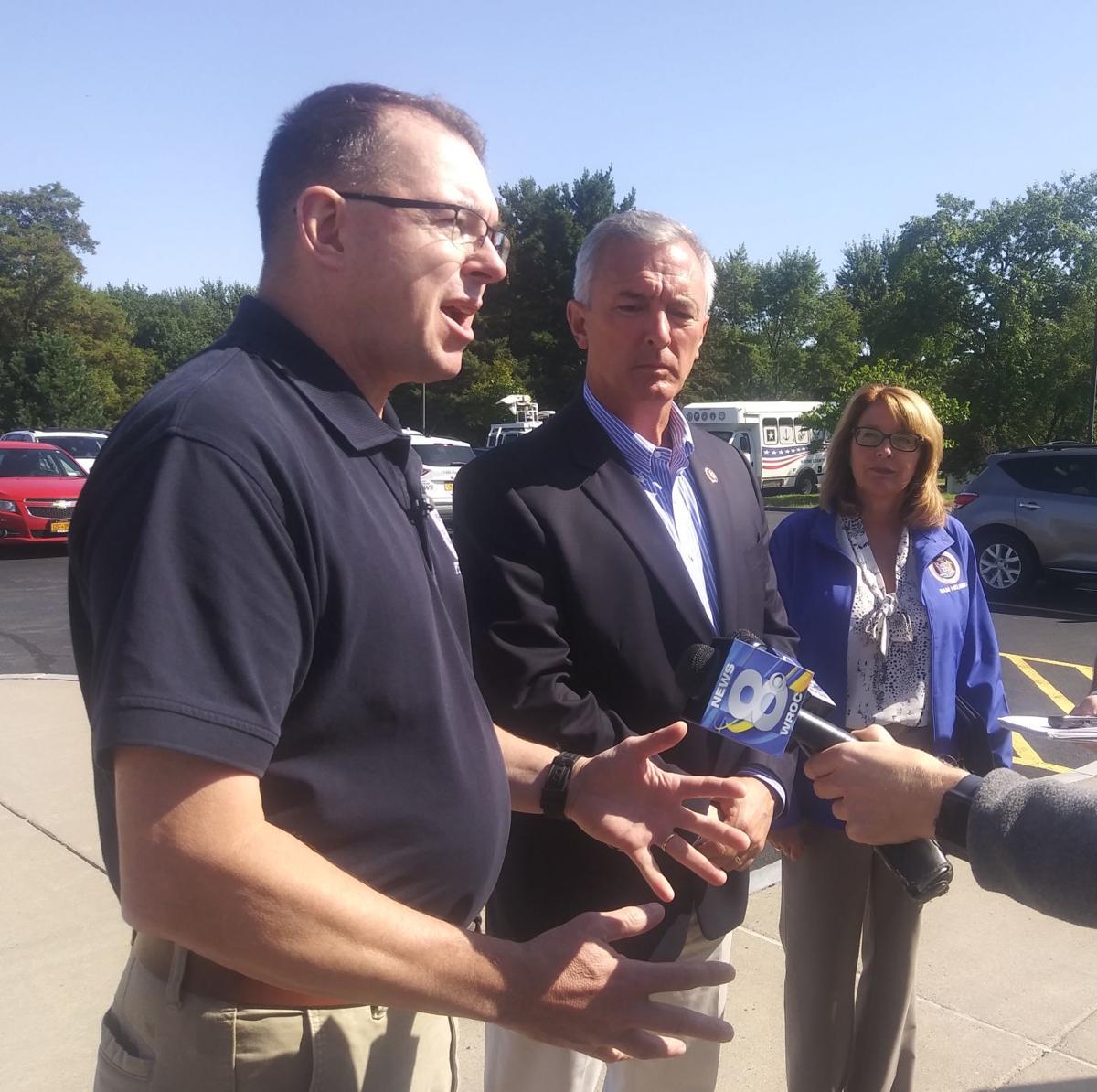 Pete Gaynor, the acting administrator for the Federal Emergency Management Agency, speaks with the media after taking part in a roundtable discussion on Lake Ontario flooding at the Wayne County Public Safety Building in Lyons. At right is Rep. John Katko, who invited the Trump administration official to the county, where he also toured the shoreline at Sodus Point, and State Sen. Pam Helming. 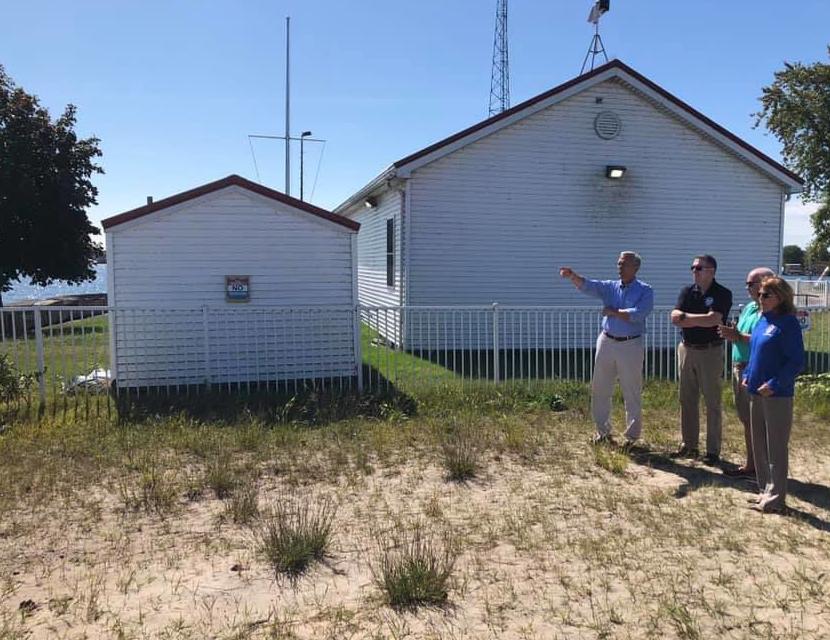 Pete Gaynor, the acting administrator for the Federal Emergency Management Agency, speaks with the media after taking part in a roundtable discussion on Lake Ontario flooding at the Wayne County Public Safety Building in Lyons. At right is Rep. John Katko, who invited the Trump administration official to the county, where he also toured the shoreline at Sodus Point, and State Sen. Pam Helming.

LYONS — Earlier this year, Rep. John Katko invited members of the International Joint Commission, whose responsibilities including regulating Lake Ontario levels, to view the damage high water has done to the shoreline in 2019.

On Monday, Pete Gaynor, the acting administrator for the Federal Emergency Management Agency, got a chance to view the shoreline damage at Sodus Point, a community whose economy is closely tied to its waterfront.

Gaynor was in Lyons first, taking part in a roundtable talk at the Wayne County Public Safety Building, where he met with officials to discuss what financial aid might be available to homeowners and businesses with flood damage related to record-high water levels this spring and summer on Lake Ontario. Speaking after the roundtable, Katko once again called for the IJC to repeal Plan 2014, the water-regulation pact between the United States and Canada that allows for more natural rises and falls of Lake Ontario levels.

Plan 2014 was adopted in part to help reestablish shoreline wetlands.

“I’m absolutely 1,000 percent convinced that Plan 2014 has got to go,” said Katko, R-24 of Camillus, whose district includes the shoreline counties of Wayne, Cayuga and Oswego. “It’s an unmitigated disaster. We wouldn’t be standing here if that hadn’t been implemented. It’s gotta go.”

He said many warned of shoreline flooding ahead of Plan 2014’s implementation in 2017, and it all came true.

“It should never have happened to begin with,” he said. “It’s like everyone predicted a car accident would happen, and now the car accident happened, and everyone’s saying, ‘How did this happen?’ ”

Katko added that the “bottom line is they’ve got to release more water, and they’re not doing it.”

The IJC has said the real issue is excessive precipitation throughout the Great Lakes basin, not the water-regulation plan.

The IJC’s Washington office did not respond to a request for comment Monday.

Gaynor was asked whether he believes Plan 2014 is the cause of record-high water levels, and the FEMA leader replied that he didn’t “know enough about it. It sounds, as it was explained to me, (that) it’s man-made. This agreement is really driving the problem, not necessarily natural occurrence.”

He suggested that tackling the issue takes a “multi-pronged approach,” and encouraged the region’s leaders to take steps to fortify the coastline from higher water levels that caused millions of dollars in damage in 2017. The damage tally from this year’s flooding is not complete.

For individuals and businesses, Gaynor encouraged them to get flood insurance.

“One thing individuals can do (in light of higher lake waters) is make sure you’re properly insured,” Gaynor said. “It’s really the best defense you can have when facing flooding. One inch of water equals about $25,000 damages. If you don’t have flood insurance, you’re at risk.”

Katko said in a prepared statement following Gaynor’s visit that “there’s no question that addressing this situation requires a coordination at the local, state, and federal level and today’s discussion is a step forward as we continue our work to address the very real threat that sustained flooding poses to our region.”

And he noted in remarks to reporters that Congress has allocated “hundreds of millions of dollars” for flood-mitigation efforts.

Katko said he understands there are competing interests when it comes to lake level regulations — from shoreline owners to shipping interests. However, said the congressman, “the shoreline owners are getting killed. We’ve got to do something extraordinary, because we know what’s coming already. The lake levels in the other Great Lakes are too high.”

State Sen. Pam Helming, who attended the roundtable at the Public Safety Building, agreed with Gaynor and Katko that it’s “incredibly important that all levels of government work together to solve this issue.”

Katko also announced that he has introduced bipartisan legislation to address disaster relief — the Preliminary Damage Assessment Improvement Act — which “would designate permanent disaster assessment teams within FEMA to work with state and local officials on determining the impact of disasters and submitting requests for major disaster declarations. This legislation would draw specific attention to the unique circumstances surrounding severe flooding events like those experienced along the Lake Ontario shoreline.”