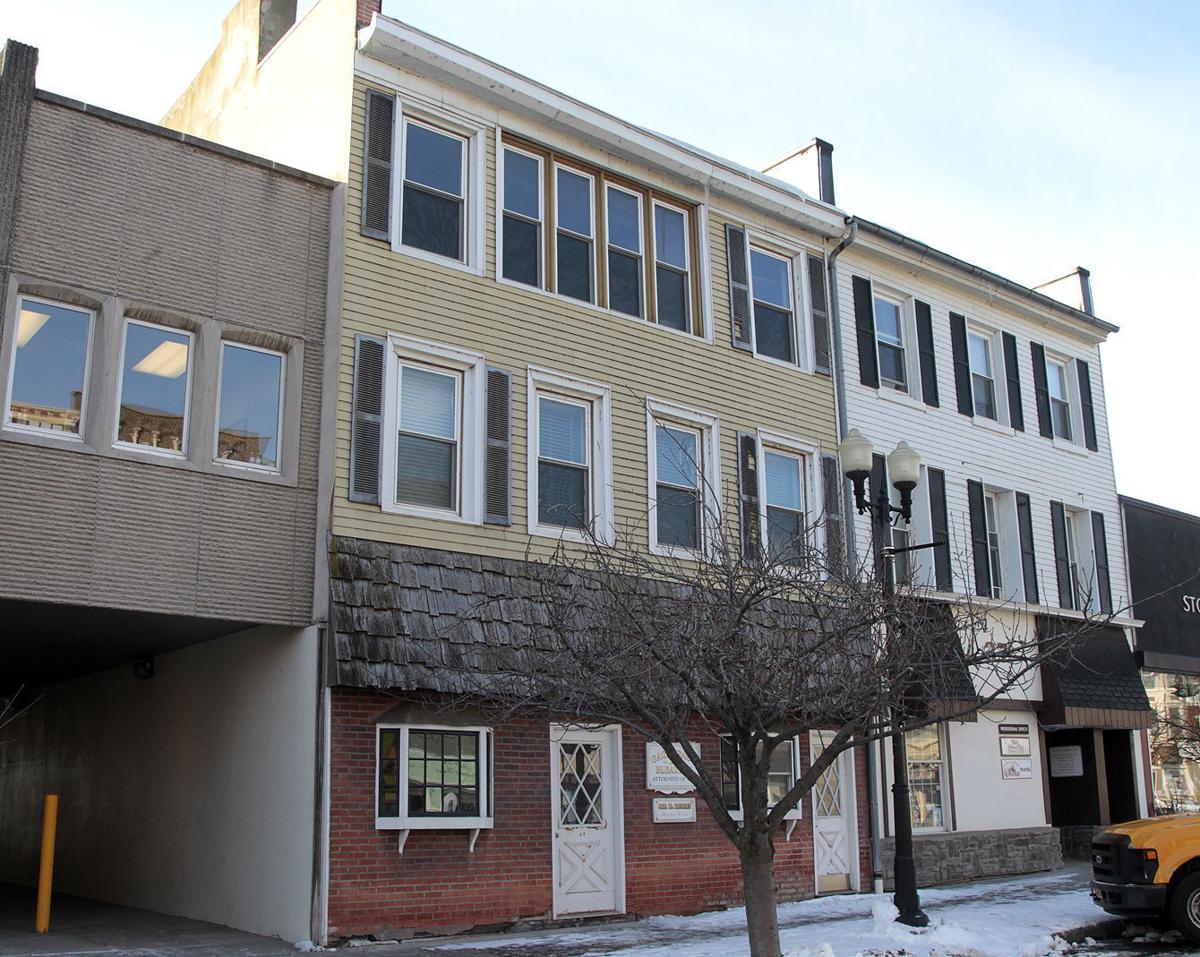 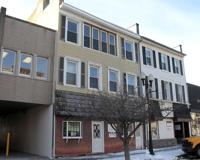 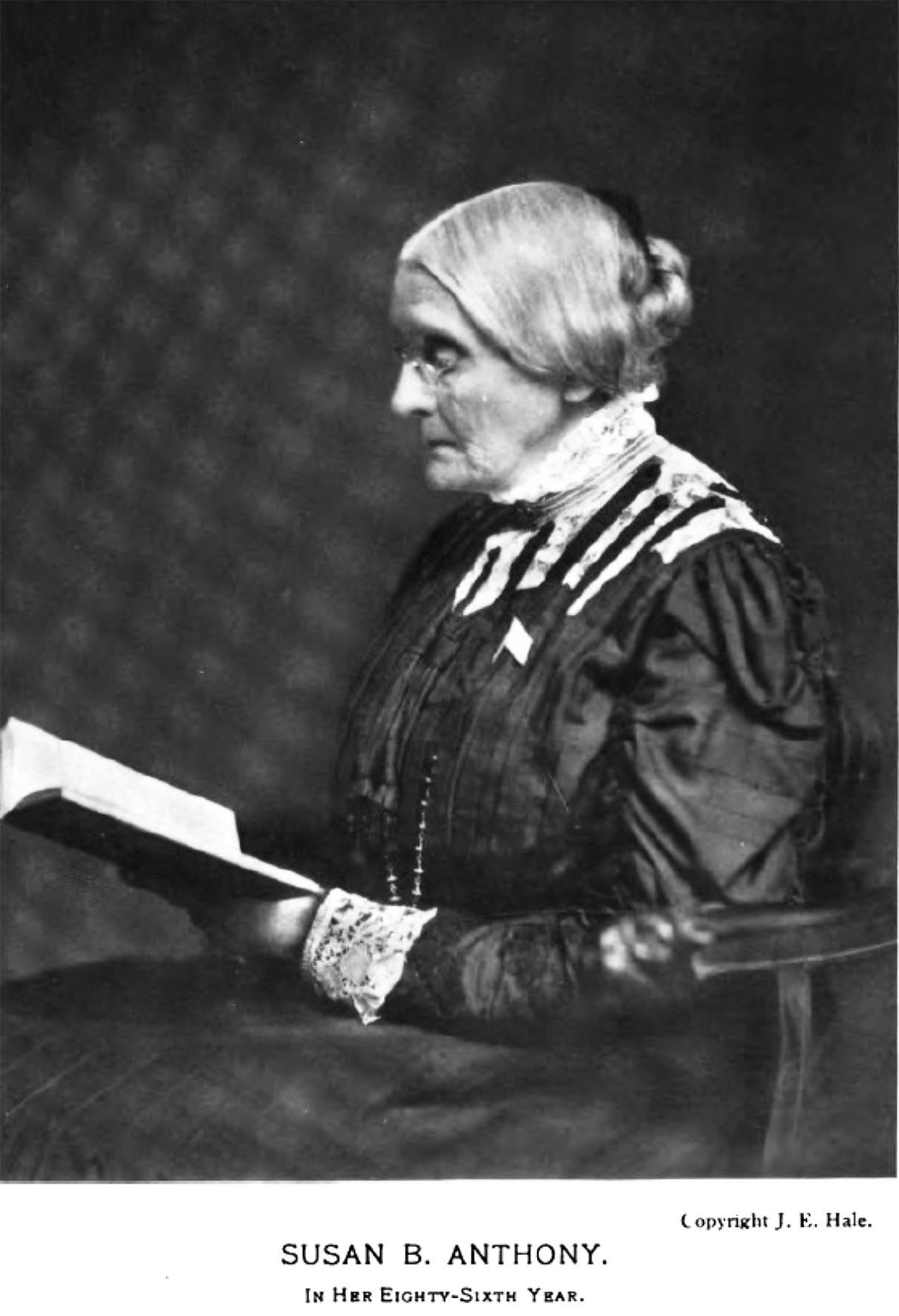 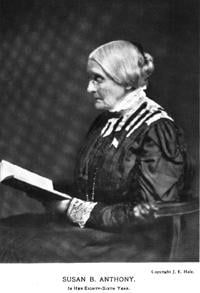 This image of Susan B. Anthony was taken by Geneva photographer James Ellery Hale in early November 1905, about four months before her death. 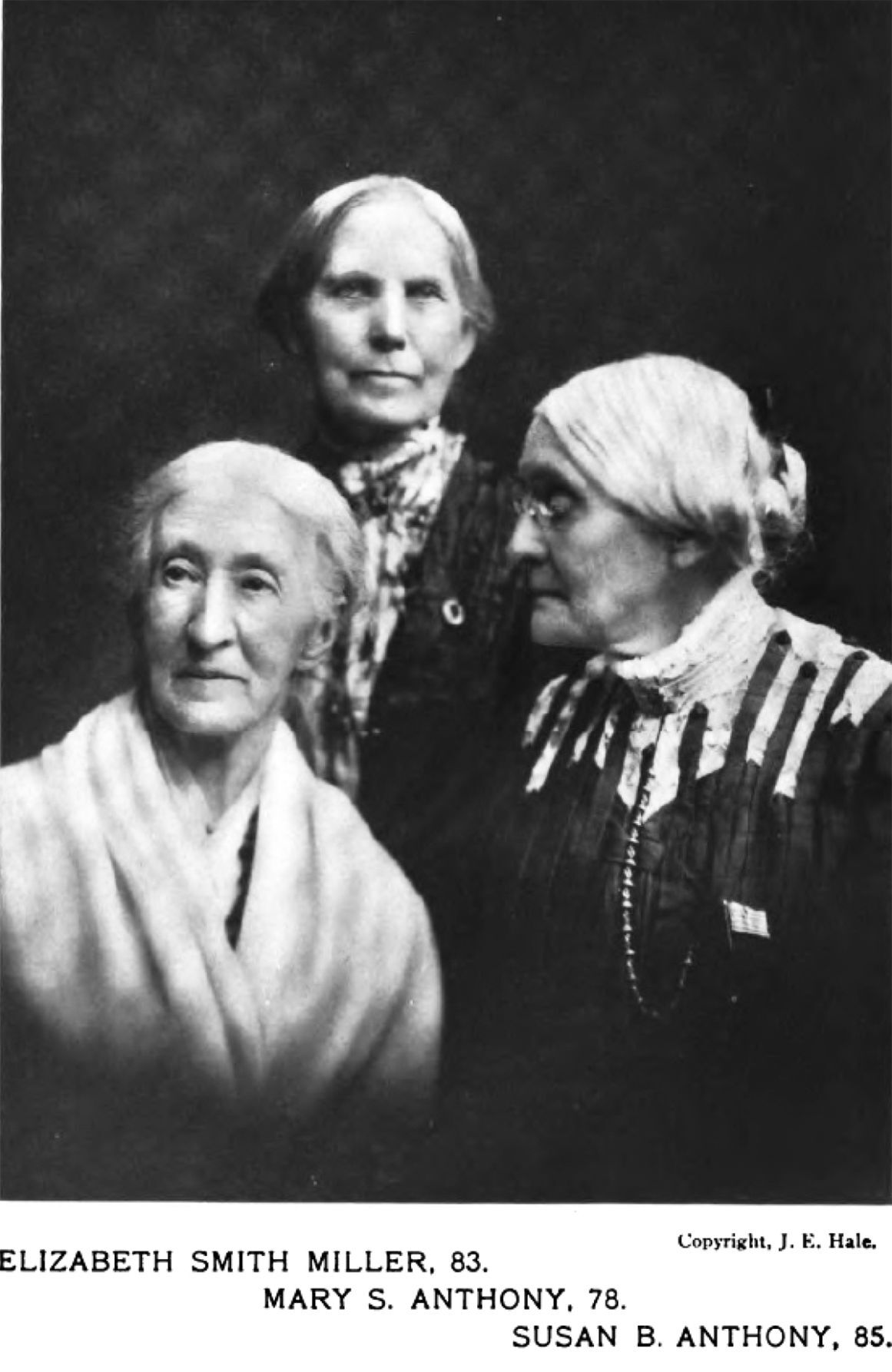 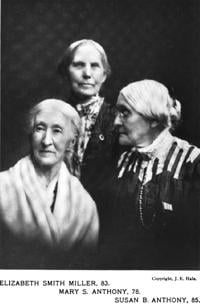 Susan B. Anthony and her sister, Mary, traveled to Geneva from their home in Rochester in November 1905 to spend time with fellow suffragettes Elizabeth Miller and her daughter, Anne. This photo by J.E. Hale is a shot of Anthony with the Millers. 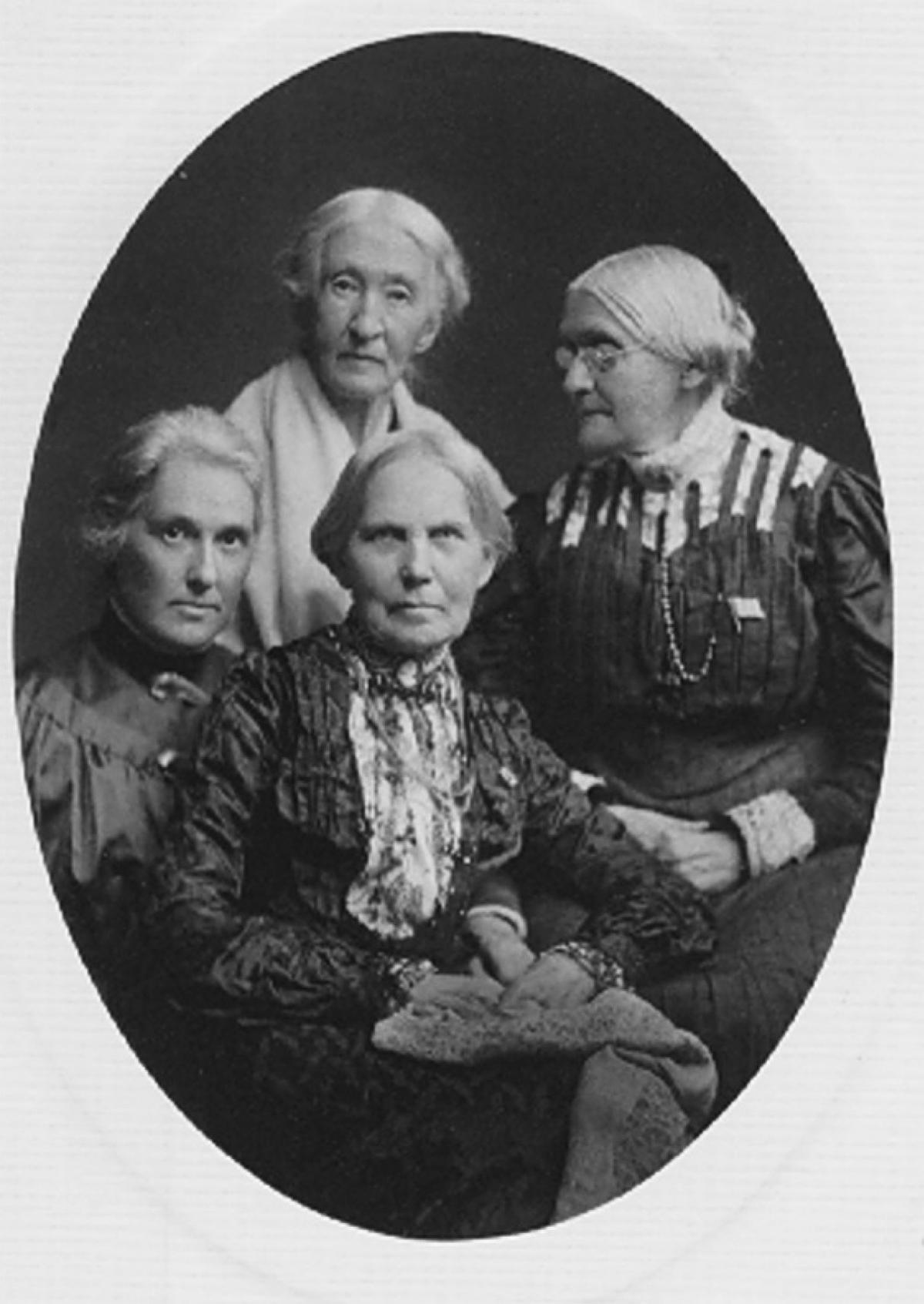 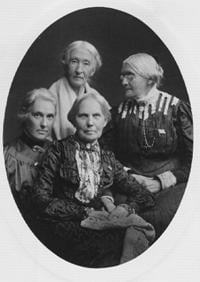 Susan B. Anthony and her sister, Mary, traveled to Geneva from their home in Rochester in November 1905 to spend time with fellow suffragettes Elizabeth Miller and her daughter, Anne. This photo by J.E. Hale is a shot of all four women. 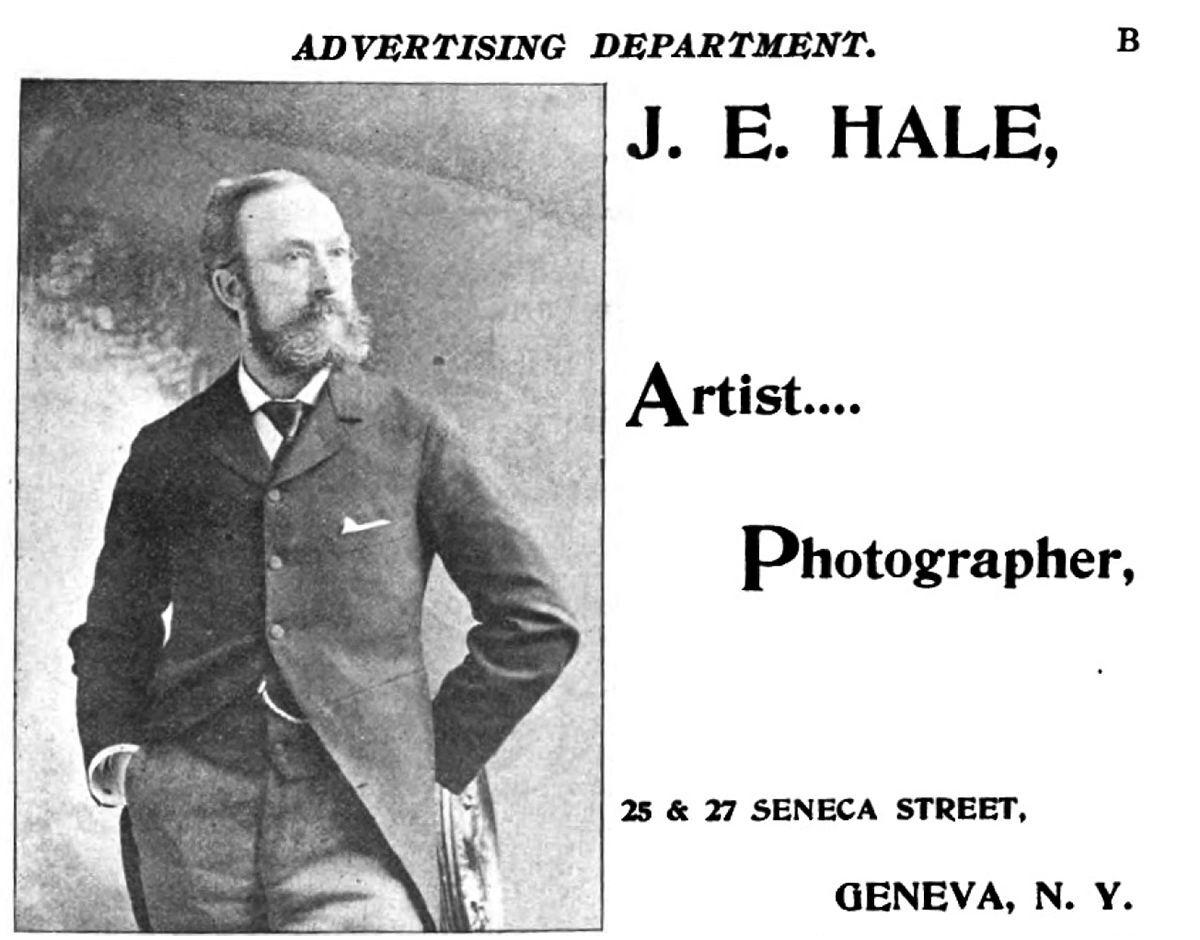 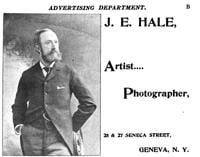 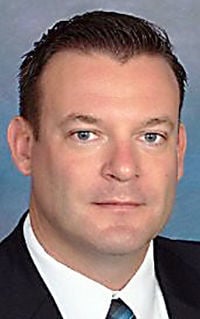 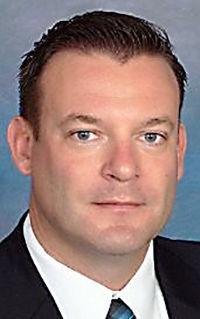 This image of Susan B. Anthony was taken by Geneva photographer James Ellery Hale in early November 1905, about four months before her death.

Susan B. Anthony and her sister, Mary, traveled to Geneva from their home in Rochester in November 1905 to spend time with fellow suffragettes Elizabeth Miller and her daughter, Anne. This photo by J.E. Hale is a shot of Anthony with the Millers.

Susan B. Anthony and her sister, Mary, traveled to Geneva from their home in Rochester in November 1905 to spend time with fellow suffragettes Elizabeth Miller and her daughter, Anne. This photo by J.E. Hale is a shot of all four women.

Little did the Canandaigua resident know exactly what he was getting.

In December he discovered a hidden attic space above a third-floor apartment, and in that space, Whitcomb uncovered the remnants of an old photography studio, including a framed photograph of famed women’s suffrage and women’s rights leader Susan B. Anthony. Whitcomb and a friend, Ian Boni — Boni owns Twisted Rail Brewing Co., which has a spot on Exchange Street in Geneva — made the stunning find.

It turns out the photography studio and darkroom were owned by James Ellery Hale, who worked in downtown Geneva from 1892 to 1920. According to Becky Chapin, archivist for the Geneva Historical Society, Hale moved from Seneca Falls to take over Frederick Robinson’s studio. Hale was well-known for his portraits of leaders of the women’s suffrage movement.

Hale’s photograph of Anthony was taken in November 1905, less than five months before she died at age 86 in Rochester, where she is buried in Mount Hope Cemetery. The iconic photo shows her seated in a side profile, reading a book. It was one of several taken by Hale during a session at Miller’s Lochland Road home.

“At the end of December, Ian and I went to the third floor to look around. The apartment hadn’t been occupied in many years,” said Whitcomb, noting the building has two floors of offices and a third-floor apartment; Bleakley will continue to have an office there. “We noted water damage on the ceiling and pulled down part of a drop ceiling and saw a floor to an attic, unaware there was an attic. We found access to an attic area and, using flashlights, discovered what looked like an old photography studio. Ian and I are both history and antique buffs, so we were excited. We stacked up some chairs, and I got into that space, which was pretty large, and I immediately saw picture frames lined up.”

In addition to the frames, the duo found photographs, trays used to mix chemicals, and old Kodak boxes mixed in with the soot and dust of a bygone era. Whitcomb said it appeared there was a fire in the attic at one time because the roof beams were charred; it’s possible the blaze was next door and spilled over to his building. They also found papers related to the business, plus lots of broken glass.

“James Hale’s name was all over the attic,” Whitcomb said.

Whitcomb and Boni hauled much of their treasure downstairs and put out a call for experts to help identify the subjects of some of the photographs they found. In addition to Anthony, Miller and others, their attic had a photo of another woman’s suffrage icon, Elizabeth Cady Stanton of Seneca Falls, who organized the first women’s right convention.

“There was a burlap bag with a lot of photographs,” Whitcomb reported. “We’re trying to go through what we found. We’re not sure what we have.”

Geneva photographer Neil Sjoblom agreed to try to restore the glass plates and make prints from them, a process that is ongoing.

Dr. Daniel Weinstock of Geneva, former president of the Geneva Historical Society, researched and wrote a paper on “The Official Susan B. Anthony Photograph and Finger Lakes Photographer James Ellery Hale” in 2015. He wrote that hundreds of photographs were taken of Anthony during her life as a leader of temperance, abolition and women’s suffrage movements.

“One of the last photographs of Susan B. Anthony is of particular interest because it was known as her official photograph,” Weinstock wrote. “The image was taken by Geneva, New York photographer James Ellery Hale in early November 1905, only four months before her demise.”

Weinstock wrote that Anthony and her sister, Mary, left their Rochester home Nov. 1, 1905, to spend time with Miller and Miller’s daughter, Anne, at their Geneva home; the Millers frequently hosted women’s suffrage leaders. Weinstock said the Anthonys went to Geneva because Capt. John Robinson was going to be there. Robinson had taken Anthony and 20 other suffragists across the Atlantic Ocean to London in 1899 aboard his S.S. Menomine. It’s been written that Robinson became an admirer of Anthony after hearing her speeches on that trip.

It was during the Anthonys’ visit to Geneva that Hale snapped at least six photographs of the four women.

After Susan B. Anthony’s death, the picture of her alone was regarded as her most satisfactory portrait and was designated by suffragist leaders as her official photograph. Hale obtained a copyright on March 4, 1907, and transferred the rights to the Susan B. Anthony Memorial Association in Rochester, which had been formed to raise money for a suitable monument to Anthony’s achievements.

Weinstock’s research revealed that Anthony was an active champion of women’s education at the University of Rochester; women were first admitted as students in 1900. The SBA Memorial Association decided that a college building for the use of women students at the U of R “would be a most fitting memorial.” One of the fundraising methods used was the sale of prints of Anthony’ official portrait.

The Anthony Memorial Building was built and served as a women’s student union until the 1950s, when the U of R moved from downtown to its current campus. The building was sold and remains in private hands today.

Weinstock’s research also ascertained that Hale was born in Smithfield, Pa., in 1850. He began studying photography in Elmira in 1869, after which he was employed by a large studio in Wilkes-Barre, Pa., where he won several awards for his photographs. In 1877, he married Georgianna Fritz of Interlaken and moved to Trumansburg to open his own studio. In 1881, he sold the gallery and moved to Seneca Falls.

One of his photographs was of Francis Folsom, a student at Wells College in Aurora, Cayuga County. She was the fiancée of Grover Cleveland, the president of the United States at the time. That photo was taken in June 1885, shortly before Folsom graduated from the college that was open only to women then.

In April 1888, Hale bought the studios of R.R. Abbot in Union Springs and Aurora. Four years later, he sold all of his studios to William W. Cowles and moved to Geneva to set up his Seneca Street business, becoming active in the community in the process. Hale sold his Geneva studio to Frank Gilmore in 1920.