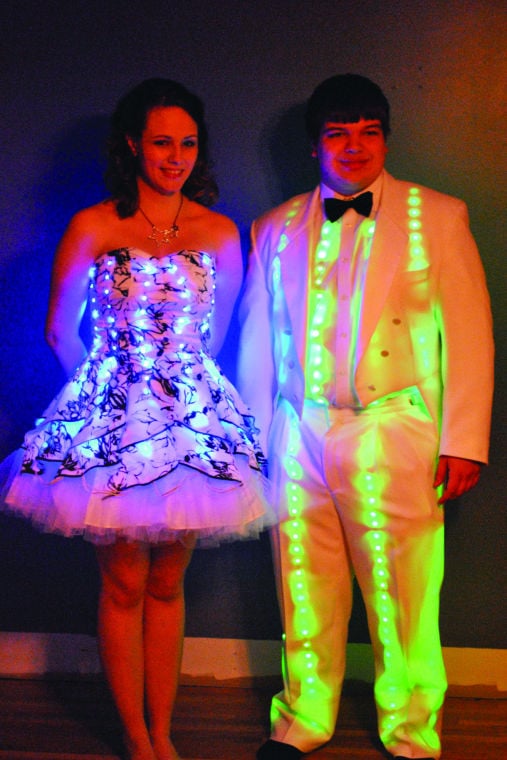 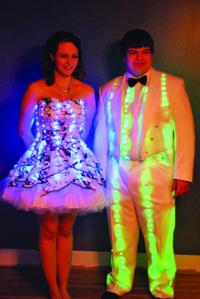 Lyons High School seniors Rhea Hayes and Garrett Coons dazzled their classmates when they showed up at Friday’s dinner dance in these flashy outfits. 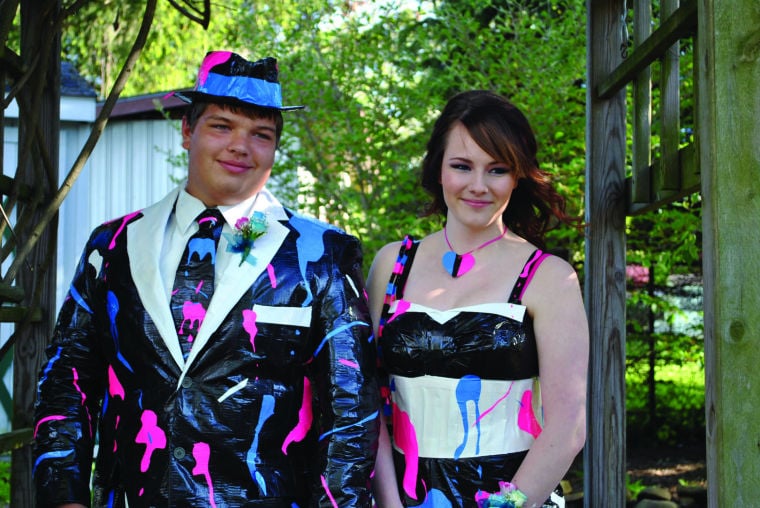 Lyons High School seniors Rhea Hayes and Garrett Coons dazzled their classmates when they showed up at Friday’s dinner dance in these flashy outfits.

LYONS — Garrett Coons and Rhea Hayes have done it again.

Quite literally, they lit up Club 86 in Geneva.

“We felt like we couldn’t disappoint our classmates by arriving in normal clothes,” Coons joked.

Debbie Coons, Garrett’s mother, said her son and Hayes combined their creative energy and technical know-how to create a fashionable decor that could be controlled by a remote instrument. They adhered more than 30 feet of lights, featuring hundreds of bulbs, to each of their outfits.

Underneath his white tux Coons wore a T-shirt and sweatpants to which the waterproof LED lights were attached with adhesive stripping so that they could be seen through the fabric of his outerwear. Hayes’ strapless white dress had the light strands tunneled and woven through metal stays in 12 individual sections.

“This was definitely not a one-person job,” Hayes said with a chuckle.

Coons was the technical expert who was able to transform an outlet-based system into a designer statement. He reconfigured the wiring into a battery-operated system, which the couple concealed in their clothing and operated by remote control.

“They were able to change the color of the lights, fade the brightness and fade the colors into one another,” Debbie Coons explained. “They could also make them blink like strobe lights.”

The whole process took about two weeks and required a little bit of research ... but was worth the hard work, both students agreed.

“When we walked in all of the teachers just shook their heads like, oh no, they did it again,” Coons said.

“Our classmates were blown away,” Hayes added.

“[Their classmates] were impressed with it, although it was a little disappointing because the lights ran out about halfway through the night,” Debbie Coons said.

Coons and Hayes have been friends since they met in a middle-school summer theater program. Coons plans to study lighting and sound production in college, while Hayes will pursue a degree in communications.