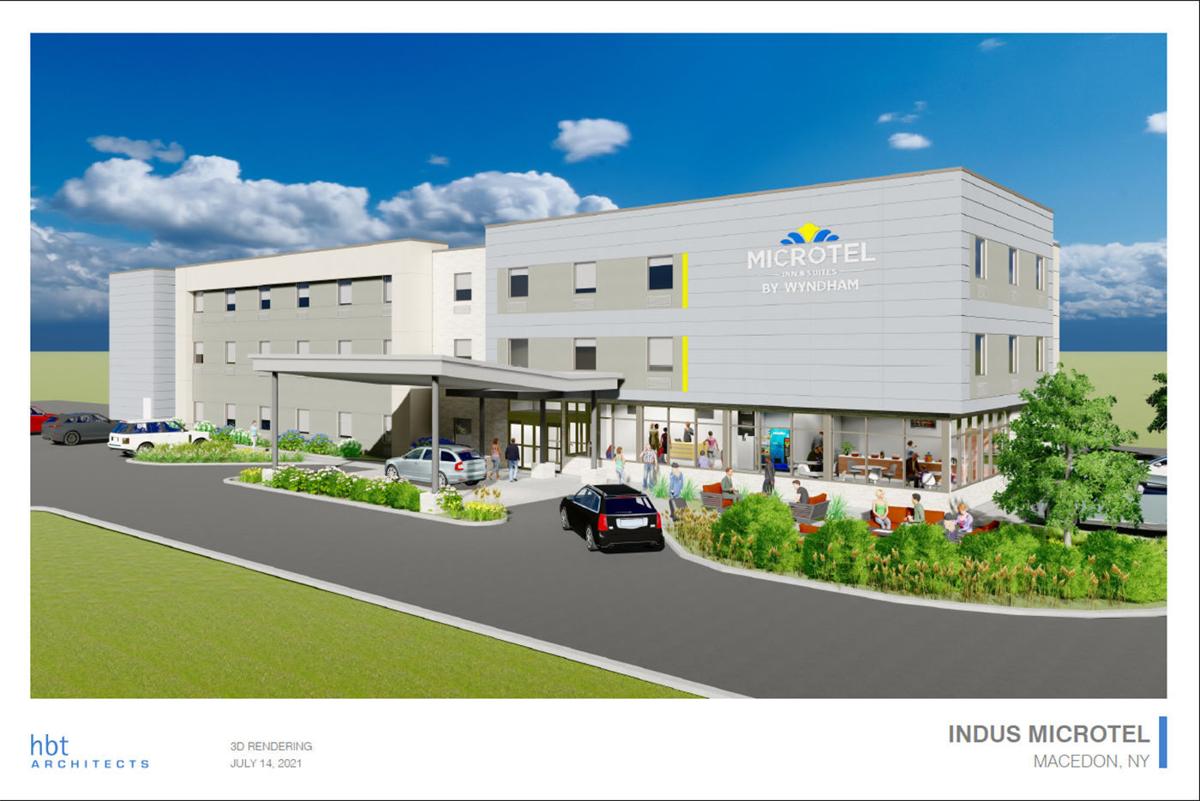 A sketch of Microtel Inn and Suites by Wyndham, which is expected to be built on Route 31 in Macedon starting next spring. 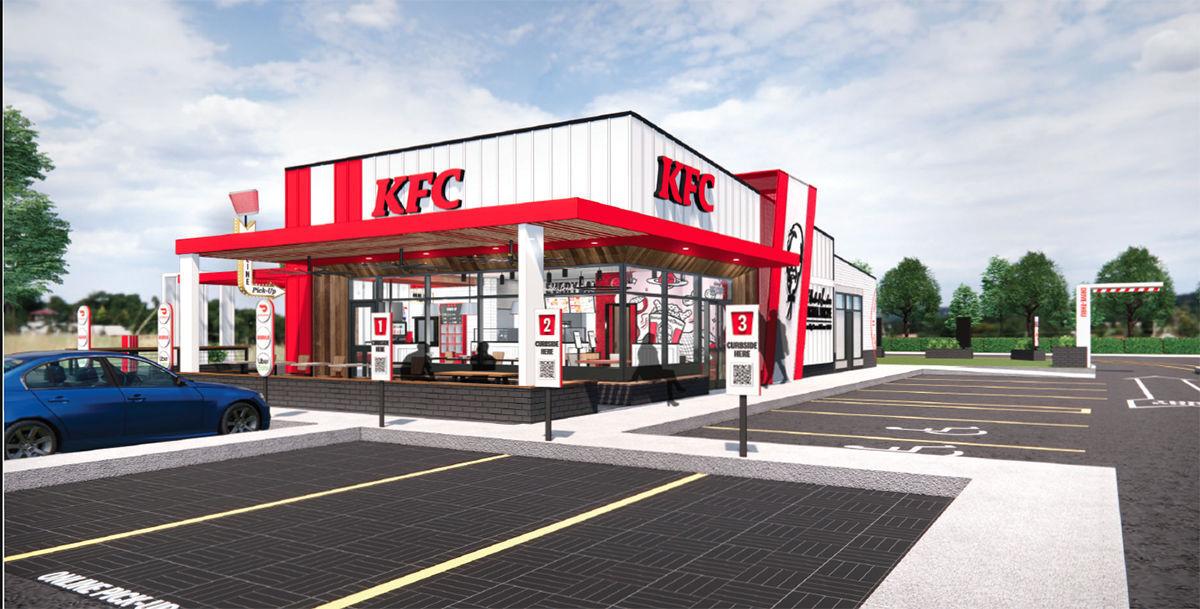 A sketch of a KFC to be built on Route 31 in Macedon. The town said the restaurant could be open by the end of the year.

A sketch of Microtel Inn and Suites by Wyndham, which is expected to be built on Route 31 in Macedon starting next spring.

A sketch of a KFC to be built on Route 31 in Macedon. The town said the restaurant could be open by the end of the year.

MACEDON — The town’s west end, which borders Monroe County, has attracted a number of major commercial developments during the past few years — from Lowe’s to Walmart — but things cooled off a bit in 2020, when COVID put the brakes on the local economy.

The heat is back on, as Penfield-based Indus Hospitality Group is planning a 70-unit, three-story hotel on Route 31 near the intersection of Wayneport Road.

Additionally, another Monroe County developer, Stone Haven Custom Homes of Perinton, is planning a mixed-use development on 85 acres not far from the hotel. It calls for up to 280 townhome units, as well as three commercial spaces close to Route 31.

And the Colonel is coming as well. A KFC is being built on the footprint of the hotel development.

Allen said the Microtel Inn and Suites and KFC project by Indus, a developer of both hotels and fast food restaurants around the region, has full approvals.

The developers approached the town about the project a few months ago, said Allen, and a series of meetings have been held, resulting in some modifications, including lowering the Microtel height from four to three stories.

“We had quite a few meetings,” Allen said. “We tinkered with it quite a bit. We did a lot with the architecture.”

Such lodging is needed, said Allen, who noted that there are just two other full-scale hotels in the county — in Palmyra and Newark.

The Microtel is designed with the business traveler in mind, he said.

Allen said Indus hopes to have the KFC completed by the end of the year.

“The hotel has a longer construction window,” Allen said.

The townhouse development is being built on land that includes a former golf driving range, said Allen. The adjacent miniature golf course property was split off and purchased by the nearby Wayside Garden Center. It is staying open for now, he said, and the landscaper/retailer is using some of the property.

The Town Board has approved Town Planned Development zoning for the property, which allows residential and commercial uses, said Allen.

A site plan approval is expected by September, Allen indicated, and a spring 2022 start date is likely.

Increased traffic was a concern for some residents near the development during the planning process. Allen said the town is pushing for a traffic light at the development’s entrance, which faces Macedon Parkway, a public road that Lowe’s connects to on the other side of Route 31.

“The developer has to put the money in escrow with the town as condition of approval for the cost of the traffic light,” said Allen. “The New York State Department of Transportation will evaluate the timing of the traffic light as the project progresses, and as soon as the DOT authorizes the light, it will be installed immediately at the developer’s cost. We’re pushing hard for the light. DOT wants to see this development get underway before they will give the permit to install it.”