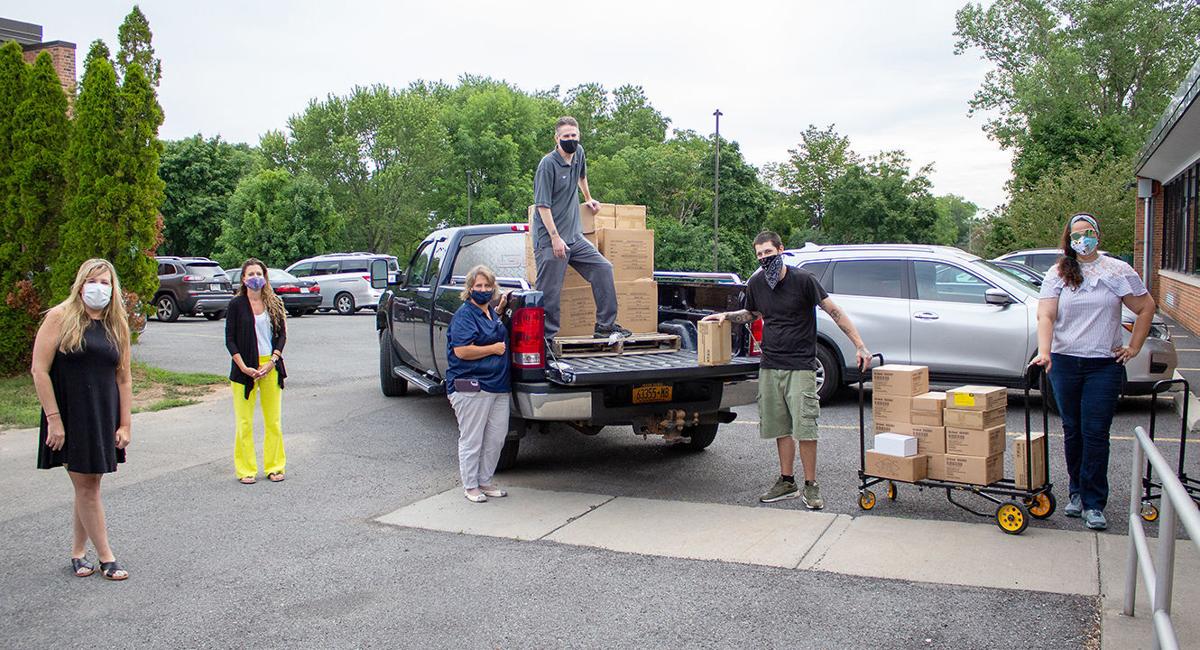 Officials from the Geneva City School District, GSF Foundation and KanPak in Penn Yan unloaded school supplies recently in Geneva as part of the foundation’s “Back(pack) to School” program.

Officials from the Geneva City School District, GSF Foundation and KanPak in Penn Yan unloaded school supplies recently in Geneva as part of the foundation’s “Back(pack) to School” program.

PENN YAN — When students at several area school districts return to class in September, they will be well equipped with supplies, thanks to one of Yates County’s largest employers and its parent company.

Associates of KanPak, a producer of dairy and coffee-based products in Penn Yan, are delivering the supplies as part of the annual “Back(pack) to School” program through the GSF (Golden State Foods) Foundation. Golden State Foods is KanPak’s parent company.

KanPak is partnering with a well-known Yates County nonprofit, Milly’s Pantry, to supply 500 backpacks full of school supplies to students in the Dundee and Penn Yan school districts, as well as St. Michael School in Penn Yan.

Another 900 backpacks are being supplied to the Geneva, Bath, Hammondsport, Watkins Glen and Prattsburg school districts.

“We believe every child deserves to begin their academic career with the tools necessary to become a successful student,” said Melissa Nolan, KanPak New York chairwoman for the GSF Foundation. “We are thrilled to donate backpacks and supplies to students in need, especially during these challenging and uncertain times.”

The foundation has been doing the program nationally since 2002, donating 137,000 backpacks over the years. This is the fifth year of the local program.

Nolan said the foundation is funded and run by associate volunteers, whose goal is to improve the lives of children and families in the areas where the associates live and work. The foundation has been increasing the number of backpacks donated each year.

“The role our KanPak associates play in this effort is essential to its success,” she said. “Penn Yan associates provide their time, treasure and talents to support GSF Foundation activities.”

She added that associates support the foundation by donating money from their weekly paychecks, and through bake sales, raffles and other sales.

The foundation has 26 local committees, including Penn Yan, and 80 percent of Golden State Foods/KanPak associates support the foundation through volunteer activities — one of the highest corporate rates in America.