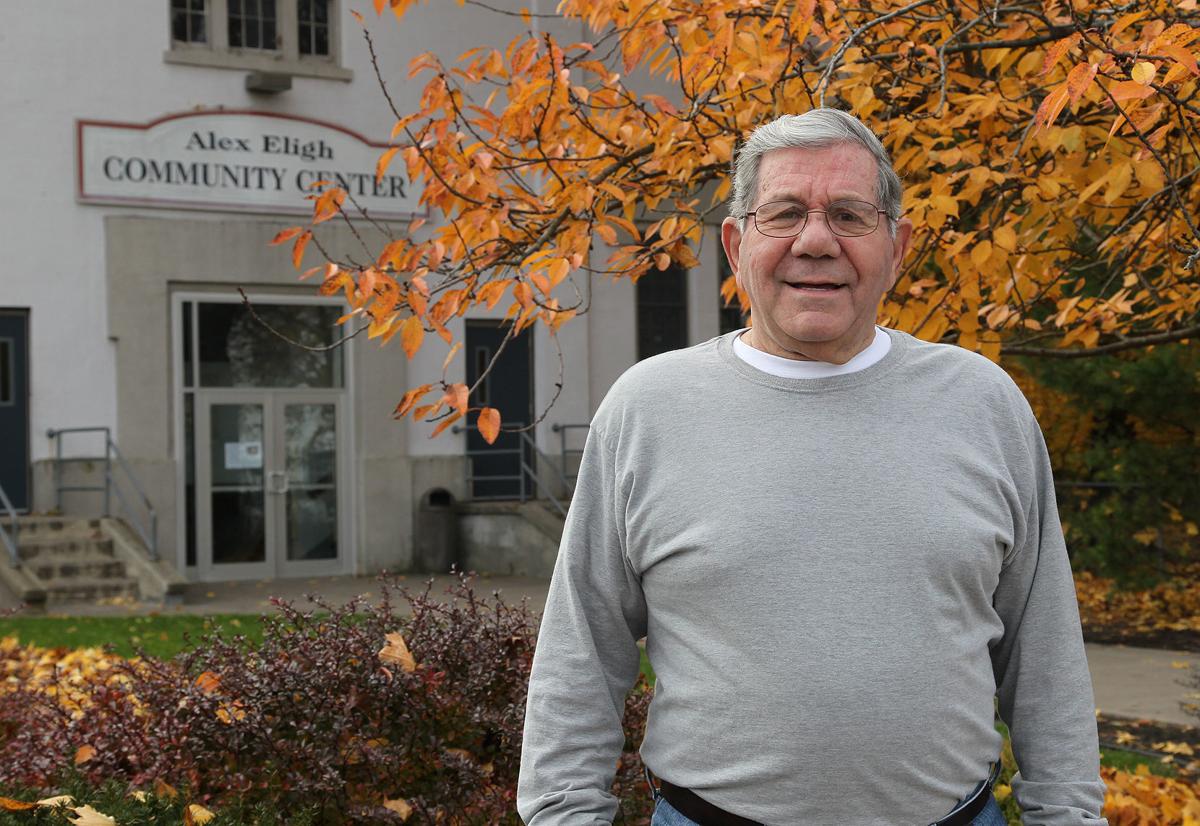 Lenny Colavito, pictured in 2018, served on the Alex Eligh Community Center Board of Trustees since 1976. He was president three times, including his current role in that post since 2006. 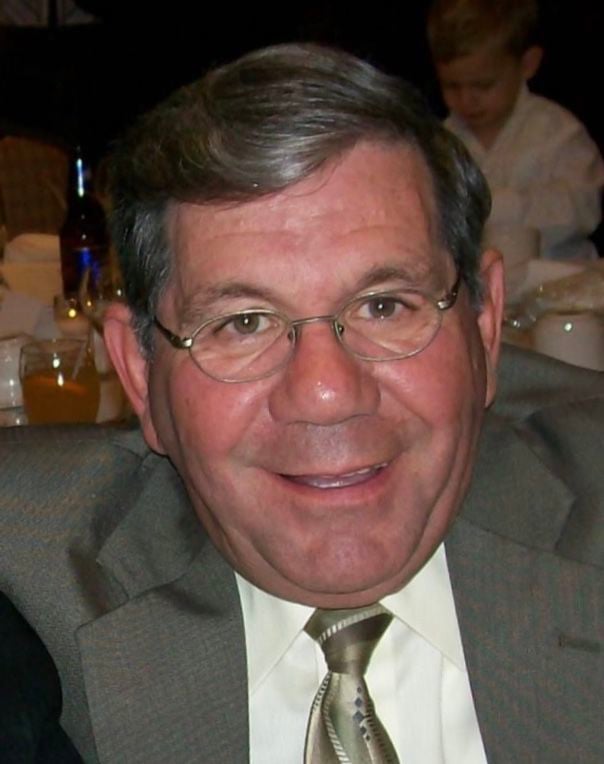 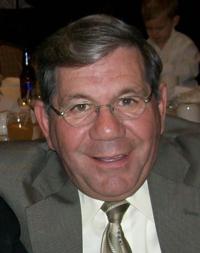 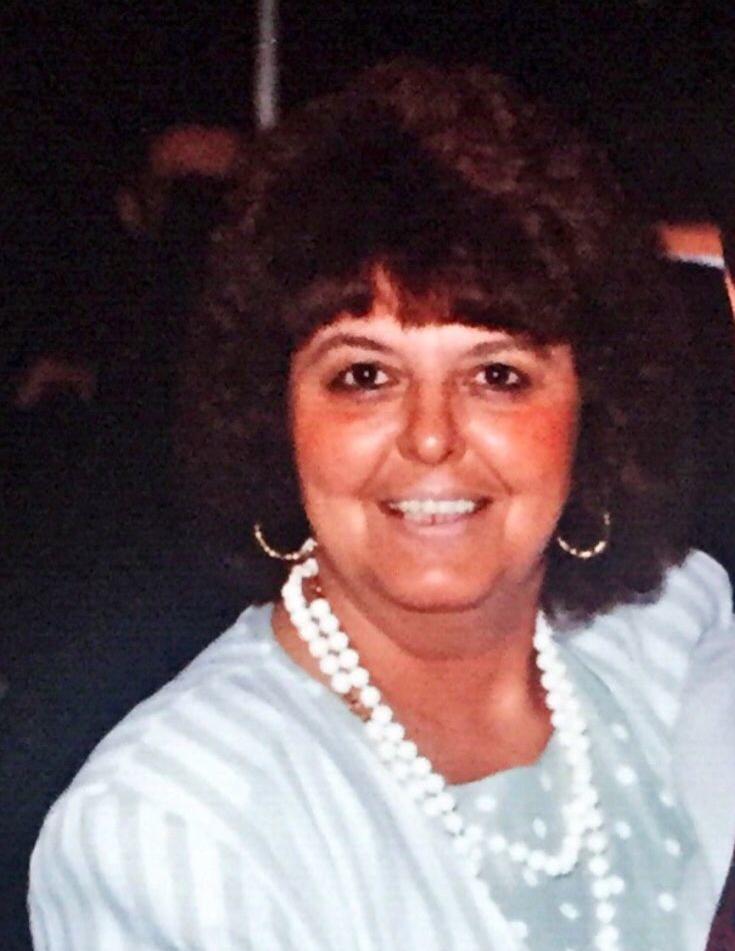 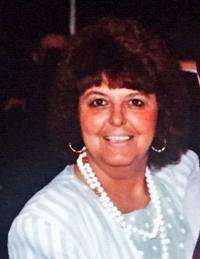 NEWARK — On June 3, 2009, Leonard “Lenny” Colavito was golfing at Wayne Hills Country Club in Lyons, as he often did, when he achieved what every golfer strives for: a hole-in-one.

Although unforgettable, golf’s most elusive prize pales in comparison to the life he led in this Wayne County village.

The longtime teacher and football coach — affectionately known as “Rocky” or “Coach” to nearly everyone in Newark — died June 4 at the age of 78, a shade over two years after his wife of 54 years, Nancy, died.

“For me it was the little things that they did as a couple for the town,” the Colavitos’ son, Chris, said about his parents. “On Thursday nights, they would have all the football players and all the cheerleaders over. We would watch the video of the team we were playing on Friday night. The cheerleaders and my mom would make food and, after the football games, three-quarters of the town would come over to our house. It was a community gathering for anybody in town.”

Chris remembered another thing his mother did that might have gone unnoticed.

“My mom didn’t trust the school to wash the uniforms the right way, so she would soak and wash all the uniforms — for 30 years — so the football teams wouldn’t have grass stains for the next game,” Chris said with a laugh. “Both of them just went the extra mile to be part of the community and do the right thing for the community.”

That is just one example on a never-ending list of the Colavitos’ altruistic endeavors.

Born in Seneca Falls, Lenny — one of his many nicknames — graduated from Mynderse Academy in 1960 and moved on to earn a degree in teaching from Ithaca College. After a brief stint in Canajoharie, Lenny and Nancy moved to Newark. Lenny began teaching physical education in the school district, and soon began his iconic stint as head coach of the Reds football team.

Also referred to as “Rock,” Lenny shared a last name with professional baseball player Rocky Colavito, who played right field for the Cleveland Indians. Chris said “Rocky” stuck with his dad almost instantly — as did the affection that he showed anyone who crossed his path.

One of Lenny and Nancy’s closest friends, Mike Muscolino, offered a resounding statement about the two community pillars.

“He was a kids coach. The kids came first. They were the most important part,” an emotional Muscolino said during a phone call. “The wins and losses were important, but the kids were the key element to his coaching. His wife, right along with him, just took kids under their wings, and a lot of them became like sons and daughters to them.

“Lenny was a driver’s ed teacher too, so a kid didn’t have to be athletic for Lenny to bond with them.”

Beginning in 1973, Colavito posted a 100-86-4 record as Newark football coach until he left the position after the 1994 season. He led the Reds to Finger Lakes East titles in 1982 and ’87; the latter squad finished the regular season with an 8-0 record, never allowing more than 14 points in a game.

In 1990, Colavito guided the Reds to the Section V Class A championship, culminating a 9-1 season in which the average score of their games was 26-9. Chris was a senior on the team that remains Newark’s lone Section V champion in football.

“As a father he was always harder on me than he was a coach,” Chris said with a chuckle. “(Mom and dad) believed in never treating us differently than anybody else. If anything, we had to work harder for what we got as far as sports went.”

Muscolino described his relationship with Colavito as “brother-like.” The two never missed an opportunity to poke fun at one another, even when Colavito was inducted into Newark Athletic Hall of Fame in 2017.

“When he was inducted into the Newark Athletic Hall of Fame, I introduced him,” Muscolino recalled. “I brought up the hole-in-one and said, ‘You know, it should come out now so people aren’t misled: That hole-in-one happened at the putt-putt range in Palmyra.’ It was little things like that.”

Colavito kept himself busy in the school district through his long stint as a driver’s education instructor and middle-school wrestling coach. When he wasn’t teaching, he could be found drinking coffee with Muscolino or Darren Cowles, another of Colavito’s close friends, on Saturday mornings.

“It was always talk about sports, football, Newark football, Clyde-Savannah football with Kevin Sharp, all their rivalries they had, and it was a day to catch up on the week,” Cowles said. “I think his biggest thrill over the last two years was going over to Canandaigua to The Green Front (restaurant) on the night of a Canandaigua football game. He would catch up with all his Canandaigua football coaches, and he just lit up and enjoyed (those) evenings.”

Colavito retired from teaching at the end of the 1994-95 academic year, but he certainly did not disappear from the community fabric. If anything, he seemed to increase his time and dedication.

Shortly after moving to Newark, Lenny and Nancy began working with the Alex Eligh Community Center. Instantly attached, Lenny began serving on the AECC board in 1976 and was president of the Board of Trustees more than once.

“He was very committed to the Community Center because it served a great purpose for a lot of the youth of our community,” Cowles said. “They had someplace to go during the day, during the nights, on the weekends, (with) all the community programs they offered. (Lenny) really cherished that and put his heart and soul into that program.”

Sharp became acquainted with the Colavitos through the Community Center about 35 years ago and quickly grasped the impact they had on the community.

“It speaks volumes that … certain generations (in Newark) called them Uncle Lenny and Aunt Nancy,” Sharp, also an AECC board member, said. “Hearing (Lenny) speak with the passion with which he speaks about the Community Center, about the kids in the Community Center — I mean, it truly is inspiring.

“Lenny and Nancy were as loyal people as you would ever want to find.”

While the Newark community continues to mourn a profound loss, it’s clear anybody associated with the Colavitos were better people for knowing them.

In addition to Chris Colavito, who lives with his wife Ellen and son Owen in Pagosa Springs, Colo., Lenny is survived by a daughter and son-in-law, Camille and Scott DeJohn of Concord, N.C., their children, Josh and Jake, and a great-granddaughter, Hope.

The family held a reception in Lenny’s honor June 10 at Perkins Park in Newark. He was interred at St. Columbkille Cemetery in Seneca Falls the next day.