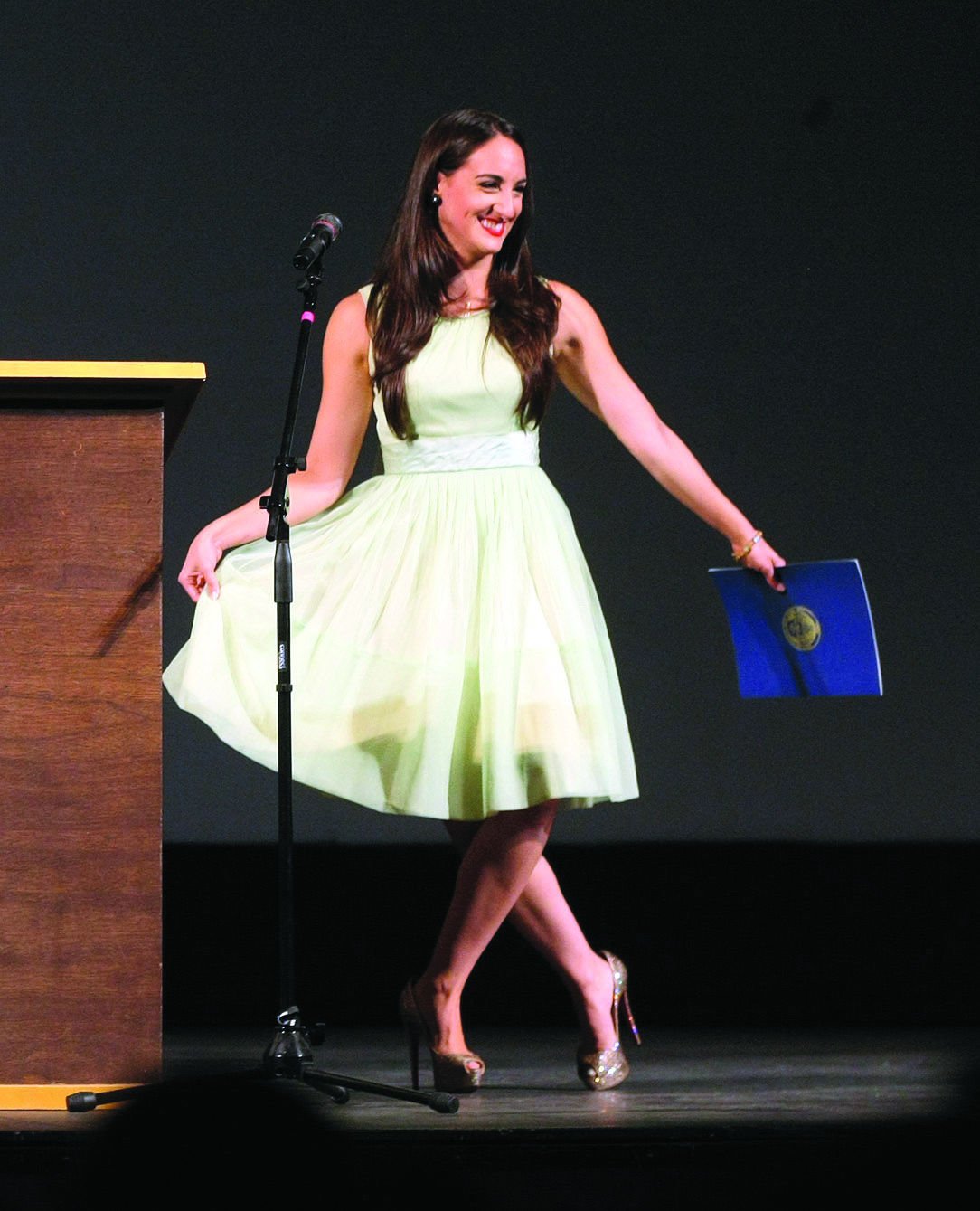 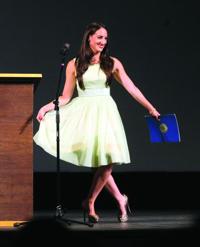 Geneva native Courtney Lapresi was the guest of honor at the Smith Opera House Monday for a screening of this season’s MasterChef finale. She emerged as the winner of the hit TV show. 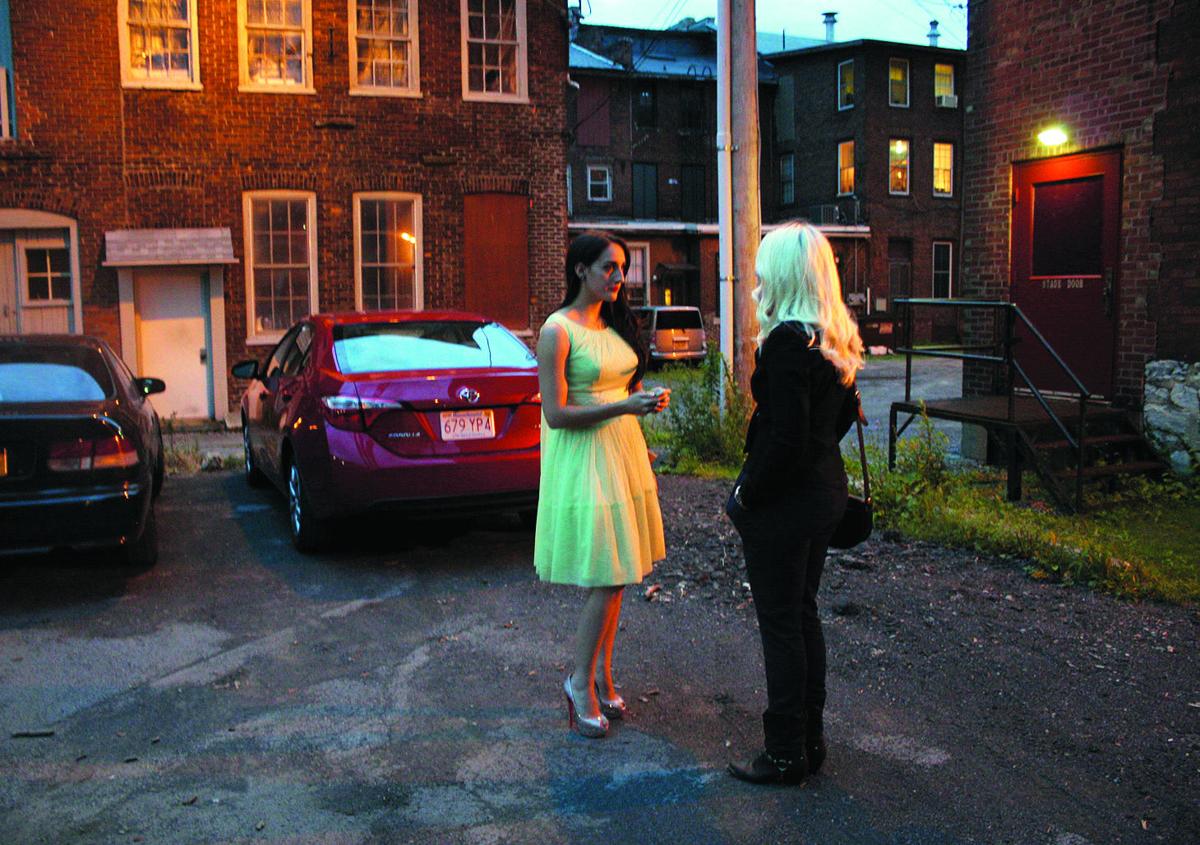 MasterChef winner Courtney Lapresi speaks with her publicist, Sara Ann Kelly, in the parking lot behind the Smith prior to the screening. 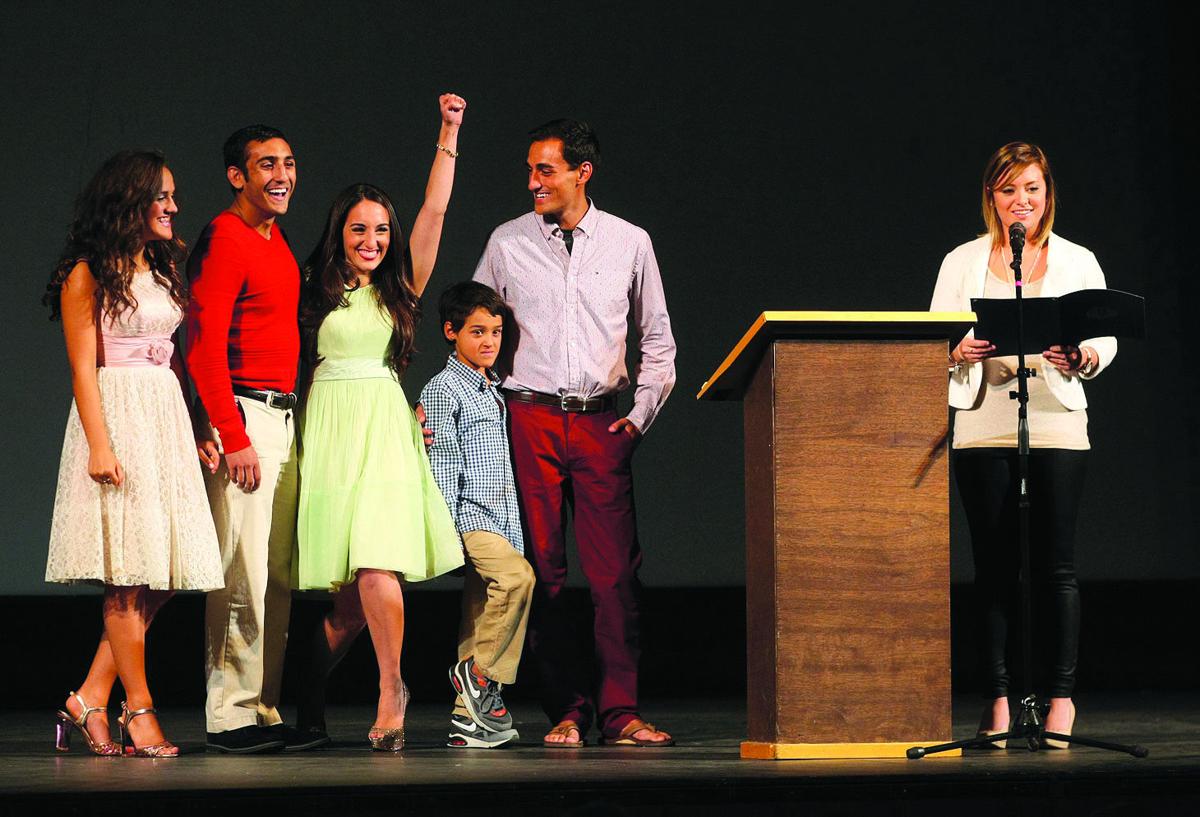 MasterChef winner Courtney Lapresi (with arm raised) celebrates with her sibilings as Chelsea Campbell reads a proclamation from Mayor Ron Alcock declaring Monday as Courtney Lapresi Day in the city of Geneva.

Geneva native Courtney Lapresi was the guest of honor at the Smith Opera House Monday for a screening of this season’s MasterChef finale. She emerged as the winner of the hit TV show.

MasterChef winner Courtney Lapresi speaks with her publicist, Sara Ann Kelly, in the parking lot behind the Smith prior to the screening.

MasterChef winner Courtney Lapresi (with arm raised) celebrates with her sibilings as Chelsea Campbell reads a proclamation from Mayor Ron Alcock declaring Monday as Courtney Lapresi Day in the city of Geneva.

“I’ve never seen anyone so happy in a pressure test,” he told Lapresi, who was busy making a New York cheesecake, a Key lime pie and a Boston cream pie all at once.

Cook she did — all the way to victory.

At the Smith Opera House, where Lapresi watched the two-hour broadcast, the crowd leaped to its feet. Lapresi donned her chef’s jacket and hoisted her trophy high in response.

“This has been the hardest secret to keep in my whole life,” she said, thanking her family and friends for their support. “I’ve been replaying that moment [of victory] in my head every morning 10 times before I open my eyes.”

Lapresi’s closest relatives, who attended the taping in March, knew she had won, but everyone else had to stay in the dark about the results.

“It was under lock and key,” Lapresi said.

The rain knocked out the cable at the Smith, sending the crowd of more than 100 scurrying toward Eddie O’Brien’s. They rushed back to their seats when the cable came back on, then all the way back to Eddie O’Brien’s when it went out again moments later.

The cable came alive at the Smith in time for the results, and the crowd sprinted back down the street during a commercial break.

The broadcast itself also offered plenty of drama.

Fellow contestant Elizabeth won the semifinal round, leaving Lapresi and fellow semifinalist Leslie to square off in the three-dessert pressure test.

Lapresi won — then had to face Elizabeth once again. For the final round, each had to prepare a three-course meal.

Lapresi made crispy pig’s ear over dandelion fennel salad with quail egg for her appetizer. It went over well with the judges, as did her entrée, duck breast with spring vegetables and farro.

Dessert caused problems, however. Lapresi decided to make a cherry meringue — a difficult dish. Ramsay questioned the wisdom of trying it.

“No reason to play it safe when it’s something this big,” Lapresi said. “You’ve just gotta go for it.”

All seemed well until Lapresi took a bite to test the taste.

“I ate one of the judge’s meringues,” she said. “I have just possibly eaten a quarter-million dollars.”

In the end, Ramsay called the judge’s decision one of the hardest they have ever had to make. Lapresi’s risk-taking — which the judges praised — apparently put her over the top.

“I didn’t play anything safe, and to me, that’s what a Master Chef is,” Lapresi said.

Lapresi lives in Philadelphia and had been working as an aerial dancer.

During segments on the show, she said she sees Master Chef as a fresh start.

She touched on the same theme before the show, when she addressed the crowd at the Smith.

“It doesn’t matter where you come from, what life decisions you make, as long as you keep moving upward and forward,” she said.

She quoted a rap song.

Lapresi also shared a few stories from the show.

She said doughnuts were the hardest thing for her to make because of the many steps involved. She also said she kept thinking about home when things went wrong.

When some apples she was working with fell, for example, she said she thought back to picking apples at Red Jacket Orchards with her family.

Several other people spoke prior to the show, including Jennifer Harris, who taught Lapresi as a child.

“From very early on, it was immediately apparent that Courtney had this strong desire to be successful,” Harris said. “She was always looking for ways to improve herself.”

Harris said that was evident on the show.

“She not only raised the bar for the other contestants,” she said. “She demonstrated her internal motivation to perform well.”

Since the show taped, Lapresi has been busy working on her cookbook. She said it is well underway.

“I’m very excited to share it with everyone,” she said. “It’s definitely inspired by my family and loved ones.”

And America's Next MasterChef Is... | MASTERCHEF | FOX BROADCASTING

You're On The Money, Honey from "Top 22 Compete" | MASTERCHEF | FOX BROADCASTING

For all of the negative publicity this area has weathered in 2014 — the May flooding that devastated part of Yates County; the Anna scandal at…

LEGAL NOTICE Notice of Formation of Kenjon, LLC. Art. of