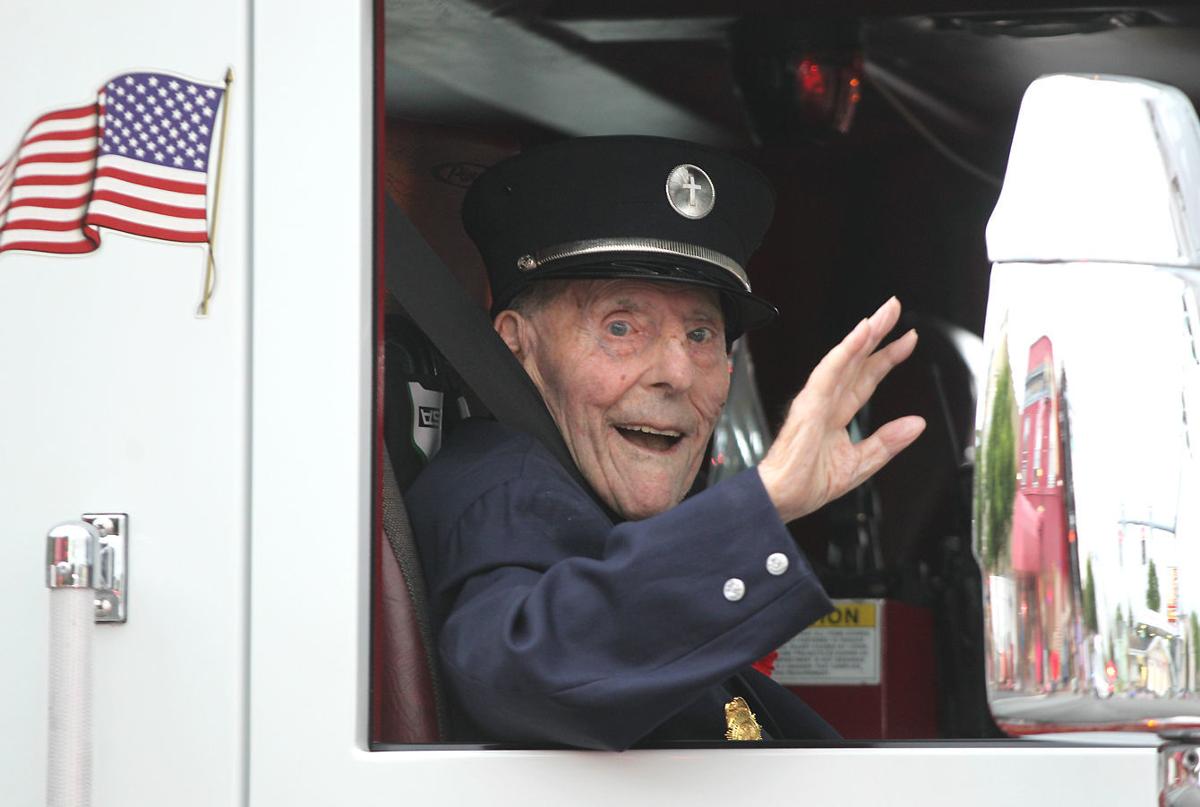 Don “Duke” McGloon is seen at last year’s Geneva Firemen’s Parade. McGloon, a World War II veteran who was a member of the Geneva Fire Department for 73 years, died recently at the age of 98. 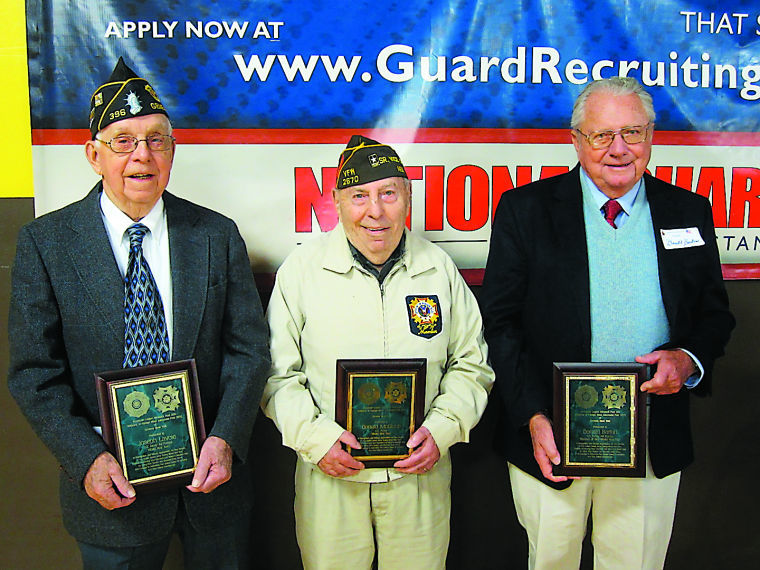 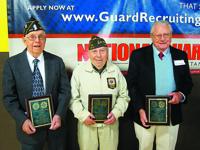 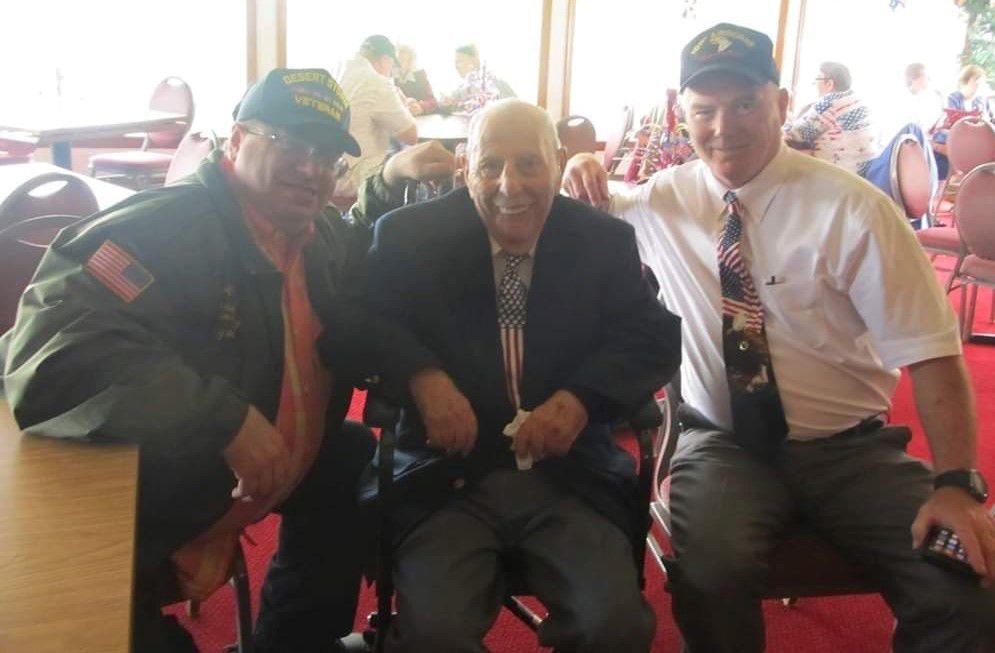 Don “Duke” McGloon is seen at last year’s Geneva Firemen’s Parade. McGloon, a World War II veteran who was a member of the Geneva Fire Department for 73 years, died recently at the age of 98.

GENEVA — Most called him “Duke” or “Dukie,” but Don McGloon Sr. was known as something else by longtime members of the Geneva Fire Department.

“He was the life of the party at fire department events,” Chief Mike Combs said. “Before the end of the night, he would break out his Mickey Mouse outfit and sing the theme song. He was always the laughter at the end of the banquet.”

“He was the one constant in the Hook & Ladder. Heck, I’ve been here 43 years and Dukie did 73,” said Assistant GFD Chief Jimmer McCormack, also a Folger member. “He was not only a great fireman, but a great guy. He rarely missed a meeting, and even at 98 every member of the fire department knew him. I think 75 firemen went to his calling hours, which shows how much he was loved by the membership.”

“Dukie was always the life of the party. He liked to lead the Geneva firefighters in singing the Mickey Mouse theme song, which was a fire department tradition at parades and other events,” added Rick Fanning, a longtime friend and fellow Folger member. “My wife and I have a picture of Dukie leading a conga line at our wedding in 1976, wearing a Mickey Mouse hat and ears.”

Born in 1921, McGloon was a DeSales High School graduate and served in the Army during World War II. He earned the Good Conduct Medal, the European-African-Middle Eastern Service Medal and World War II Victory Medal.

Dale Mosher, commander of Winnek Post 396, said McGloon was a life member of the post and a former vice commander. Even though McGloon was retired from active participation in the Legion, Mosher said he attended nearly every post function.

“Don was always present on Memorial Day, riding in one of the convertibles during the parade and attending services here with that smile and happy-go-lucky attitude, which was always refreshing to see,” Mosher said. “He always came to our Veterans Day services and lunch with his family.”

“He always supported all of our community activities. We honored him at the Memorial Day celebration a few years ago,” added longtime Legion member Dan Hurdle. “Don has been the perfect example of the Legion mission of community support. I always looked for him in the crowd and he was almost always there, with his huge smile and greeting for everyone.”

After returning from the war, McGloon worked for the Geneva Department of Public Works for 37 years before retiring. He was also a longtime member of Geneva Council 272 of the Knights of Columbus and a member of Geneva Veterans of Foreign War Post 2670.

In the Hook & Ladder, McGloon held positions of trustee, captain and vice president, and was named the company’s Fireman of the Year several times. He was also the longtime chaplain for the company and fire department, and a member of the New York State Association of Fire Chaplains since 1978.

“He was widely respected by fire chaplains from around the state,” McCormack said. “He rarely missed a Hook & Ladder meeting, even after having a stroke when he was 95. He had amazing resilience and great character.”

While McGloon was known for dressing up as Mickey Mouse, Combs and McCormack said McGloon would also act as a woman in distress — including the clothing — at fire prevention week simulations.

“I remember him doing that when I was a kid, with a wig and everything. He was always out to have fun and seemed to enjoy what he was doing. He would always put a smile on people’s faces,” Combs said. “In all seriousness, he was still showing up for indoor events up until just a couple of months ago.”

“He was hysterical in those fire simulations, dressing up as a woman and yelling out a window,” McCormack added. “His son-in-law, Joe Osterhout, would still bring Dukie to meetings in his wheelchair. He didn’t want to miss anything.”

Mosher said in 1969, when the Geneva VFW Post was active, McGloon was one of about 50 World War II veterans who belonged to the “Last Man Club.” The last two surviving members were McGloon and former Geneva FD Chief Carlton “Carl” Naegele, who died last August at 94.

“There was a special bottle of whiskey set aside for the last two men, and that was enjoyed by the Chief and the Duke. Our World War II veterans at the Geneva Legion number less than 10, so the passing of Don and all other World War II veterans is always especially sad,” Mosher said. “Duke was a complete joy to be around and work on projects with. In the opinion of many, he was a Geneva institution and a role model for all of us to look up to. He was a class act, period.”

What others are saying about Don "Duke" McGloon:

"I joined [the fire department] back in 1961, and he was already a member then. We would often pal around at the fire department. If you needed a hand with something, he would do it. He was just a super nice person."

"I've known Don since 1966. He was a World War II veteran and I am a Korean War veteran. At the fire department, he would always work hard and if you asked him to do something, he would do it. He would always carry the banner in the firemen's parade."

"I never saw him angry or even down. He was always happy and the life of the party. Right up up until the end, he would come to all the meetings and functions, including the family picnic the last couple of years, and bring his kids and grandkids. You could tell he really enjoyed being involved with the fire department."