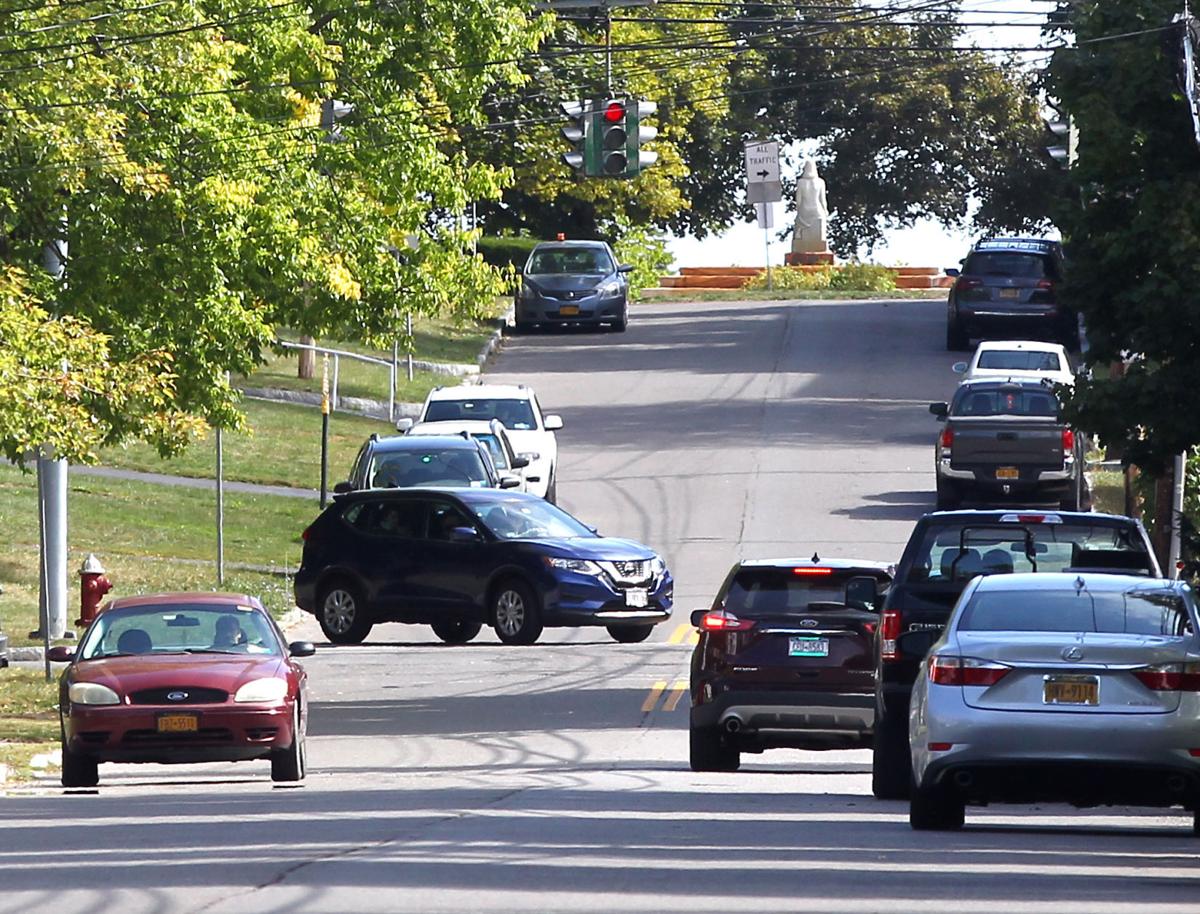 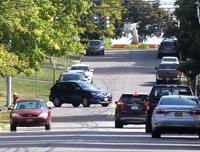 The four-way red flashing light at the corner of Washington and Pulteney streets in Geneva is the result of failing mechanics. The city is considering retaining the current four-way stop at the intersection as opposed to spending money to fix the signal. 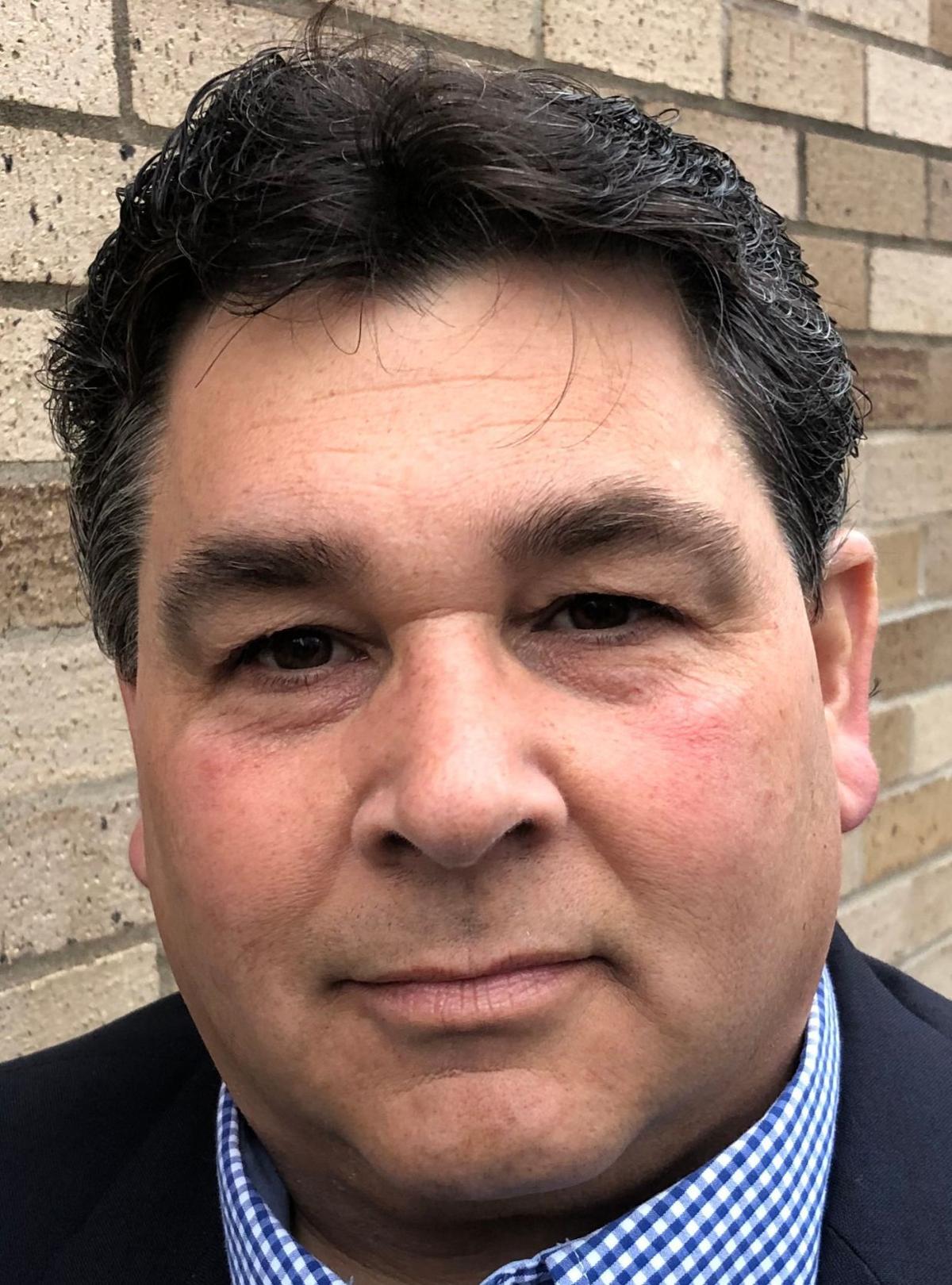 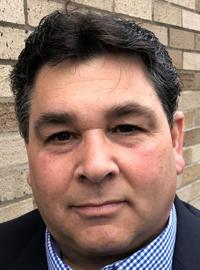 However, the reasons why they’re flashing red vary, said Joe Venuti, the city’s director of public works. In one case, it’s a policy change. In others, it’s mechanical, he said.

The city owns about 17 traffic signals, while the state and county have another four within city limits, Venuti explained. Three of the city’s signals — Lewis and Genesee, and traffic lights at two intersections on Pulteney, Washington and Castle — are flashing red these days, meaning motorists are to treat these intersections as four-way stops.

At the Pulteney/Washington and Pulteney/Castle intersections, the lights are flashing red because they’re not working properly, Venuti noted.

“The Pulteney Street at Washington Street and Pulteney Street at Castle Street intersections have failed mechanical and internal computer controller systems,” he said. “These existing systems are quite old, dating back to the 1970s, and have unique proprietary connectors for the signalization systems. These are dated and difficult to find replacement components for and are not interchangeable with any modern traffic systems.”

Those lights will continue to flash red both ways at the Pulteney/Washington intersection, as Venuti said it “appears to be working without major issues, and we will look into keeping it that way for now.”

However, he stressed: “My staff and I are working on finding a cost-effective solution to return the Pulteney Street at Castle Street intersection to a fully functional signal very soon.”

As for Lewis Street, the move to a four-way intersection is a policy change, said Venuti, who became the head of the city’s DPW in the spring. Venuti added that the Lewis/Genesee change came at the request of St. Peter’s Episcopal Church, which is on the southeast corner of the intersection.

“It was decided by city staff that the traffic signals at Genesee Street at Lewis Street be considered for and placed on a four-way stop,” he said. “The church is considering a parking expansion, and I am aware that city management had agreed to a pilot test program with this intersection. The test would prove that the intersection can function safely with an all-stop-and-go, and that allowing motorists to pull in and out of parking spots proposed for the south side of Lewis Street between Genesee and Geneva Streets can be done safely.”

Venuti said City Manager Sage Gerling and Police Chief Mike Passalacqua approved the Genesee/Lewis change to a four-way stop — and “they are aware of the problems that we are experiencing at the other intersections.”

Many may also have noticed that the North Street, Carter Road and Maxwell Intersection lights were out of service for some time over the summer. Blame failing technology there too, Venuti said.

“It seems as though the hot summer weather created a situation where these old computer systems all failed at once,” he said. “This intersection is very difficult in that it cycles traffic for three different streets and eight different through and turning lanes. Our controller for this intersection has failed, and with the help from Syracuse Signal Systems Inc., we have temporarily got it restored to fully operational just prior to the start of the new school year. In an effort of cost savings, we are working with another company on Long Island to help program a ‘new in the box’ older replacement controller that we have had in stock. This will be less money than purchasing a new controller, which this intersection needs.”

The feedback on the changes has been mixed, Venuti admitted.

“Some people are very used to the old signals and want them replaced and others are happy that the wait times are reduced with a stop-and-go situation,” he said. “I have heard feedback and agree that Pulteney Street and Castle Street should be fixed, as the line of sight from Pulteney Street to Castle Street is very difficult, especially with left-hand turns. We will fix this intersection as soon as possible. I have met with our police department, and they are always concerned for the travelling public and pedestrian safety. We collaborated on a safety plan for the North Street, Carter Road and Maxwell Street intersection in case we could not get the signal re-activated, and increased patrolling was scheduled for the first week of school.”

Maintaining such an aging traffic signal system is a challenge, with the DPW having just one electrician to fix the devices. And, the costs of repairs are high, Venuti explained.

“Traffic signals, like other parts of the city’s aging infrastructure, do not last forever,” he said. “The fact that these signals have lasted well beyond their life expectancy is a testament of how previous and current DPW staff work to keep things running with less money. I would have a wish list for $250,000 to $300,000 to improve our signal systems, and maybe we can have that discussion down the road, but that’s not practical in the times we are facing. We will continue to do our best with what we have.”

If The Finger Lakes Times’ Facebook page is any indication, a lot of folks driving Geneva’s streets want the three-color signals back at the city intersections that have been turned into four-way stops. One, Pulteney and Castle is only temporarily a four-way intersection, said Joe Venuti, the city of Geneva’s director of public works.

Timothy Sanders: “Both traffic signals (Pulteney at Castle and Pulteney at Washington) have been in a flashing red status for at least two months. I have had three near-collisions at these intersections due to motorists completely disregarding the stop status. This is a very hazardous situation. I routinely observe motorists sailing on through without even a hint of stopping. If they are defective, fix them. This is putting motorist and pedestrian lives in jeopardy.”

Amanda Burgey: “As a Doordash driver I’m always at those lights. Unfortunately, people don’t know what to do. So they fly through them, which is scary! It’s a four-way stop, people! I feel there should be stop signs for the unintelligent drivers! So I personally hate it!”

Ellie Lewis-Molina: “Terrible! I’ve had two almost accidents because of people who didn’t even bother to stop. Plus the school children coming from St. Stephens have no crossing guard (at Lewis Street), no crosswalk and now blinking lights many ignore.”

Maureen Geraghty Conley: “Would work if people remembered Drivers Ed 101, but no one does and won't know who goes when. Big mistake, lots of accidents in the works.”

Pam Rishell Bishop: “I live three houses away from one of the lights and see some people blow through them as if nothing was there. Others sit at the light waiting for it to change. The lights turned months ago but people have not adapted.”

Tim Sanders: “I have had three near collisions at two of these intersections. My wife had two close calls. People are routinely running straight through these. There is no traffic enforcement in the city. I also see many running stop signs. I have sent a letter of complaint to the city. Someone is going to get hurt or killed!”

Brad Skinner: “There should be four-way stop signs up. When I come to the red flashing light I'm not sure if the other light is yellow or red. Therefore I'm waiting until there's no traffic to cross."

Brenda Verdehem: "Not good. I have a business on the corner of Pulteney and Castle Street. I see almost an accident almost every day. People don't stop.”

Alyssa D. Johnson: “People keep flying through the Pulteney light. I’ve seen traffic on Pulteney while I’m at the light in Washington fly through or roll through. I’ve been cut off or had to stop when it’s been my turn to go through and just waiting for it to be an accident.”

George Basos: “It's absolutely unnecessary to have done it. The main issue is that people either don't understand a flashing red or don't care enough to stop. I see one right outside my apartment and there's one a few blocks away. I watch people blow through them at full speed constantly.”

Audri BadChas: “I think it's a whole lot of accidents waiting to happen.”

Do you thrive in a fast-paced environment where change is

LEGAL NOTICE Move It Along LLC, Arts of Org. filed