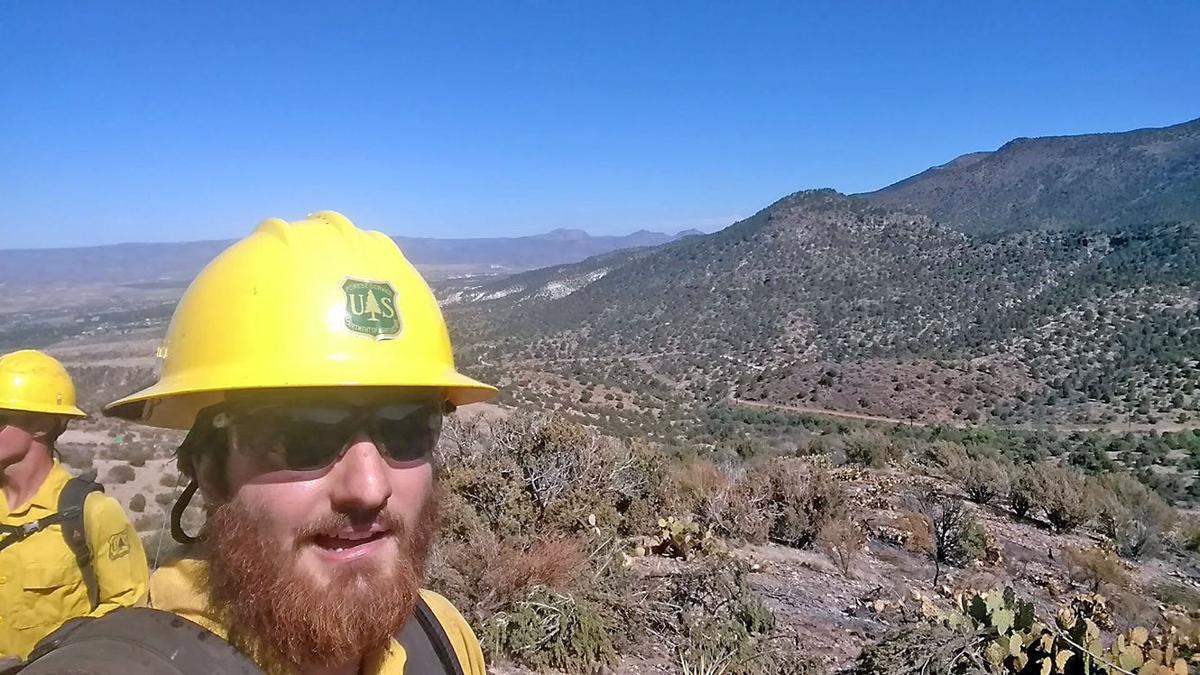 Mynderse Academy graduate Sean Anderson is now living in Arizona as a forest technician with the U.S. National Forest Service. 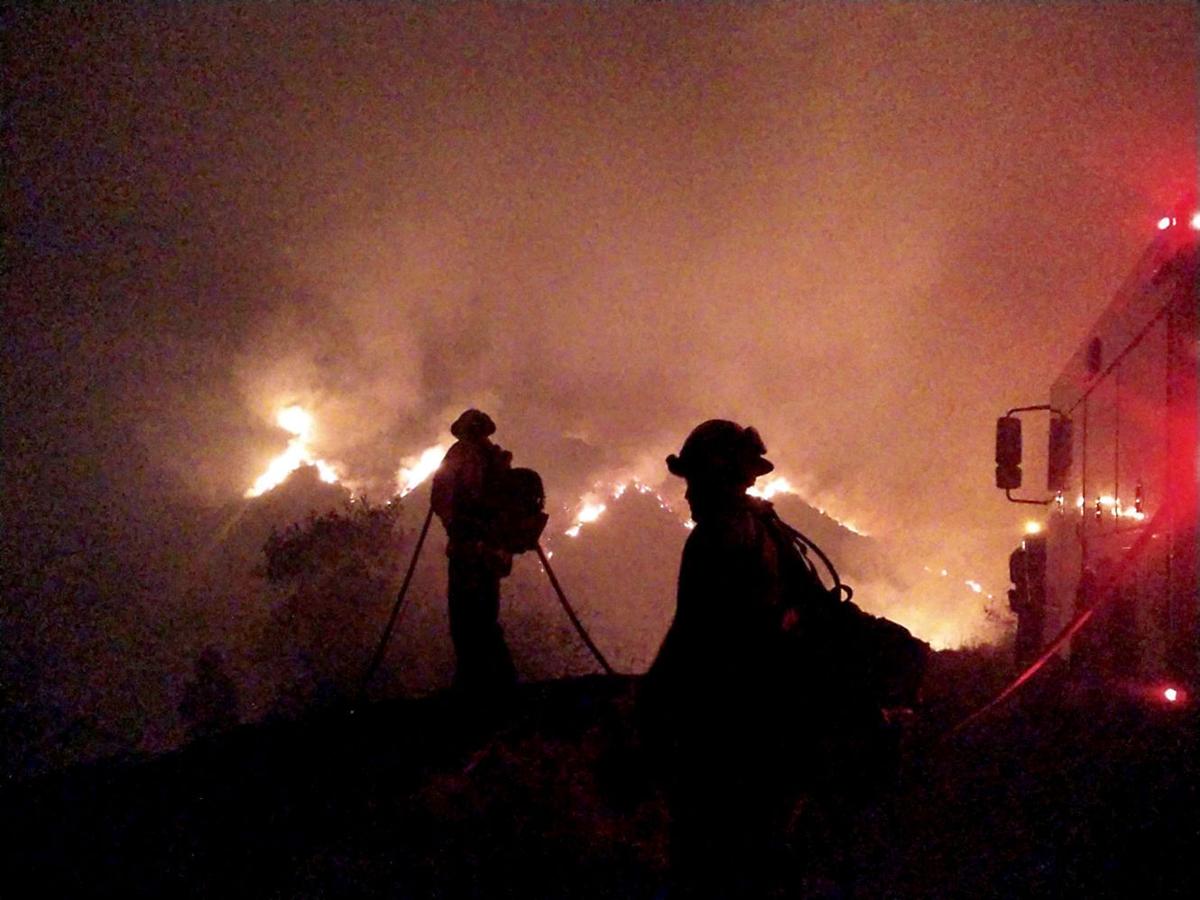 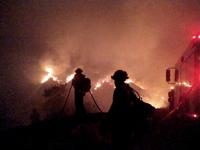 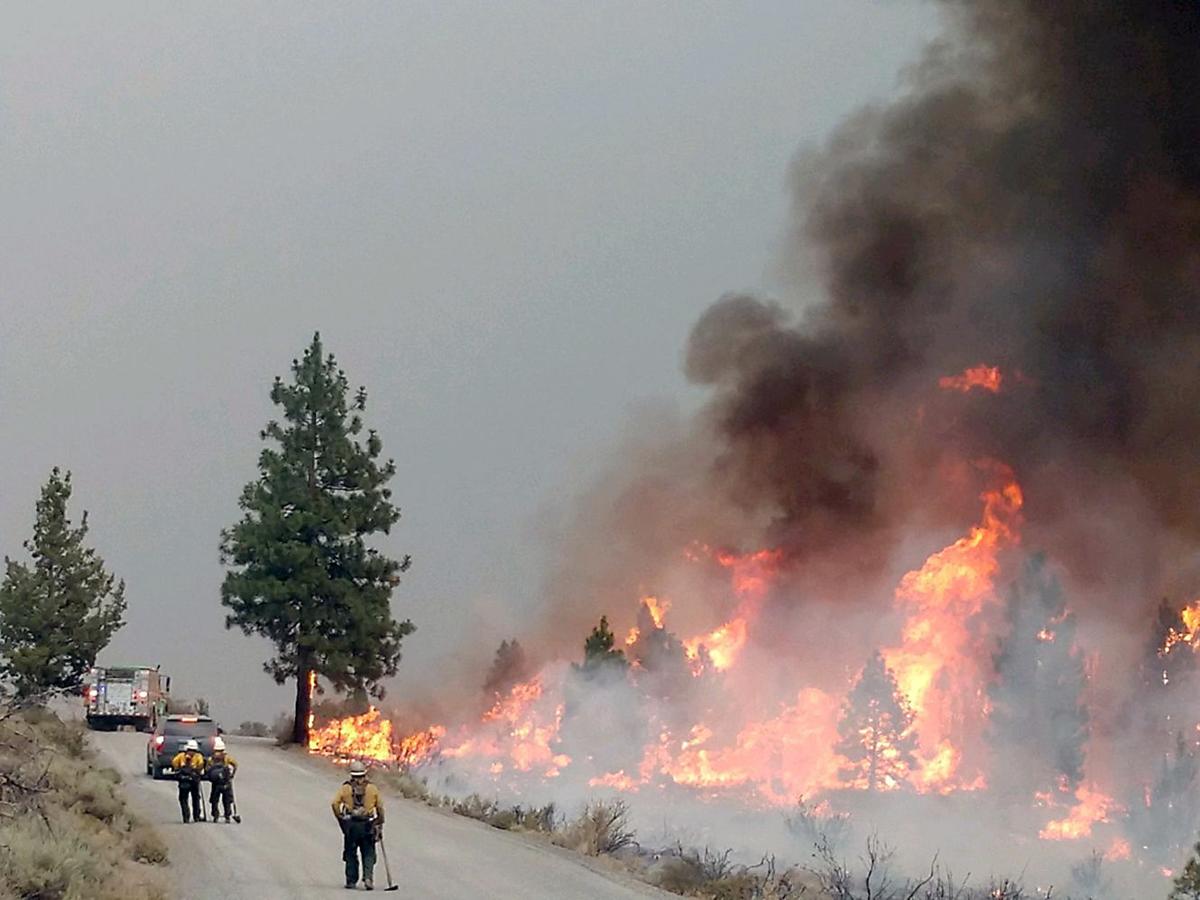 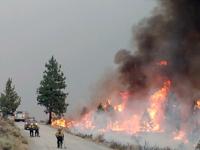 Sean Anderson also was part of a crew that fought the July Complex wildfire in northern California this past summer. He took this photo on the job.

Mynderse Academy graduate Sean Anderson is now living in Arizona as a forest technician with the U.S. National Forest Service.

Sean Anderson also was part of a crew that fought the July Complex wildfire in northern California this past summer. He took this photo on the job.

SENECA FALLS — When Sean Anderson’s mother, Lisa, watched “Only the Brave,” a film about an elite firefighting group whose 19 members died on the job, she wasn’t too thrilled to learn her son would be heading to the same place where that crew was based.

She probably felt the same way this past month, when Sean was among the firefighters battling the Bobcat wildfire near Los Angeles. Still not fully contained, that fire is among the largest ever recorded in Los Angeles County and one of several mega-fires that have devastated the West.

Just last Sunday, Anderson, 26, returned to his home in Cottonwood, Ariz., after a 21-day stint fighting that blaze. Part of a seven-member crew based in the Prescott National Forest, he is in his third season fighting wildfires.

The 2013 Mynderse Academy graduate is the son of Mike and Lisa Anderson. He has long loved the outdoors and hiking; he is parlaying that interest into a career with the U.S. National Forest Service. Anderson earned an associate’s degree from the SUNY College of Environmental Science and Forestry’s Ranger School and a bachelor’s degree from Unity College in Maine.

He performed trail work in the Adirondacks, Alaska and Maine a few summers before talking to some peers who piqued his interest in firefighting. Anderson earned the requisite certification and spent two summers in Prescott as a seasonal firefighter before moving out there permanently.

Actually called “forest technicians,” Anderson said the first half of fire season involves fitness training and hiking. In late May through July his crew is based out of Camp Verde, Ariz. and responds to local forest fires.

When the monsoon season hits in the Prescott National Forest area, Anderson said his crew is sent elsewhere to help — usually around the end of July. In past years he has traveled to Oregon, Montana, New Mexico and California to fight blazes there.

This year, however, Arizona’s monsoon season arrived later than normal, so the crew was not dispatched elsewhere until Sept. 12. Anderson and his crew spent three weeks fighting the Bobcat fire in Angeles National Forest, working the night shift — 5 p.m. to 10 a.m.

Anderson, still catching up on his sleep, was fairly even-keeled Thursday as he spoke about the fire and his experience there. He described the Bobcat fire as “quite active, more than usual.”

“The night burns were just as hot as during the day, which is unusual,” he said. “It was tracking just like it would be in the middle of the day.”

Anderson said he and his crew were paired with what’s known as a “hot shot” crew of elite firefighters and mostly helped with burnouts — intentionally set fires that serve to stop the head of a wildfire — “ ... so it will essentially hit burnt fuels and go out because there’s nothing left to burn,” Anderson explained.

The Bobcat fire was especially challenging because of the slope-filled terrain, winds spiraling through canyons, and relatively low humidity during the night, Anderson also noted that area hadn’t burned in 80 years, so there was plenty of fuel for the fire.

Only once did Anderson say he felt uneasy — when the crew had to drive up to a middle of a canyon that only had one way in and out. However, working with the same crew for the past three years helps calm any nerves.

“When we go places I have full trust,” he said. “We have become a little family. We’re all here for the same goal.”

This job is not for the faint of heart ... or body. Wildfire firefighters carry anywhere from 40-90 pounds and often have to traverse rugged terrain. A physical test requires that a potential candidate carry 45 pounds over three miles in 45 minutes — and no, jogging is not allowed.

When it comes to explaining this year’s catastrophic fire season, Anderson said climate change and problematic forest management go “hand in hand.” He noted in the 1960s fires were “suppressed every time,” yet fire is a natural thing and a necessary ecological process to clear out old brush and foster new growth.

“The problem that is happening now is they are too big and too hot,” Anderson said.

And, the fire season is lasting longer and longer, he added.

Usually, by this time in the fall seasonal wildfire firefighters are laid off, but Anderson said they are being kept on until further notice.

Anderson said he’s heard his crew may be heading out again Oct. 11, although he doesn’t know where.

Although he’d love it if his work brought him home to the Northeast, an area he enjoys for its brand of nature and family and friends, he knows that won’t be the case.

“There are no wildfires in New York or out there,” Anderson said. “There wouldn’t be much work for me.”