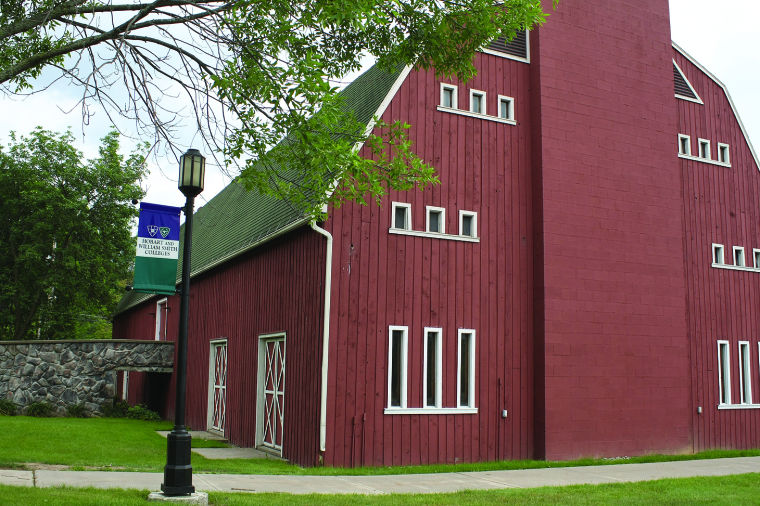 A Sunday story in the New York Times details the story of a William Smith College student named Anna who says members of the Hobart College football team sexually assaulted her last September at the Kappa Sigma fraternity house and later at The Barn (shown here) on campus. 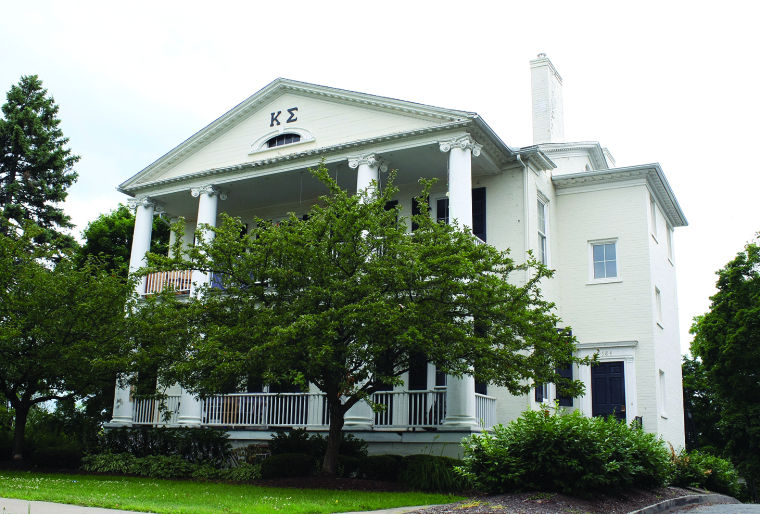 A July 13 story in the New York Times details the story of a William Smith College student named Anna who says members of the Hobart College football team sexually assaulted her last September at the Kappa Sigma fraternity house (shown here) and later at The Barn on campus. 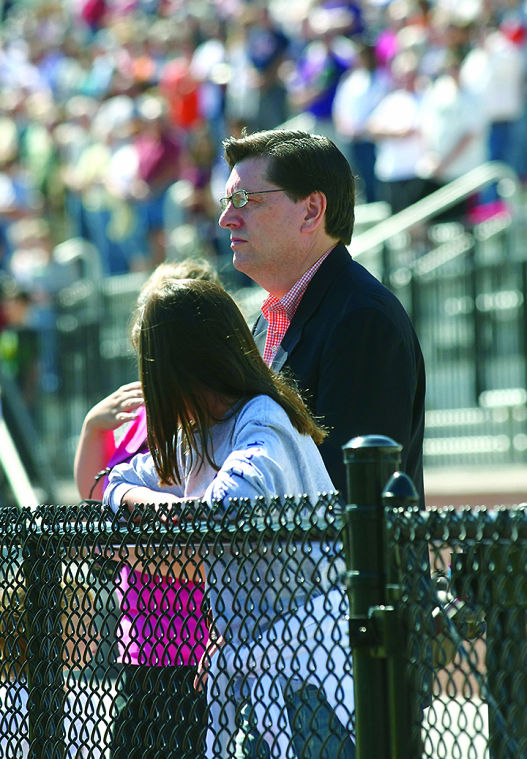 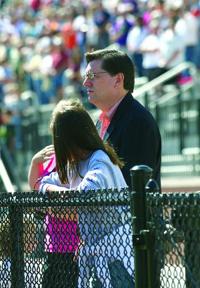 Hobart and William Smith Colleges President Mark Gearan says the New York Times story does not paint a complete picture of the case or of the Colleges’ policies. 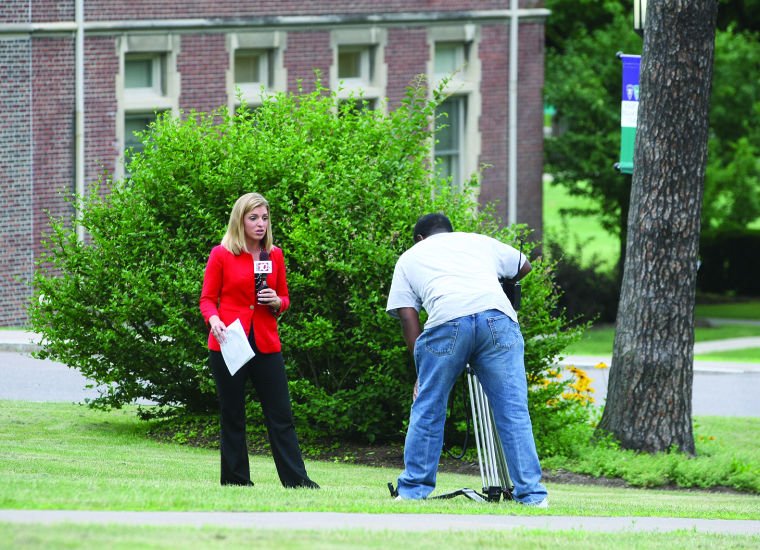 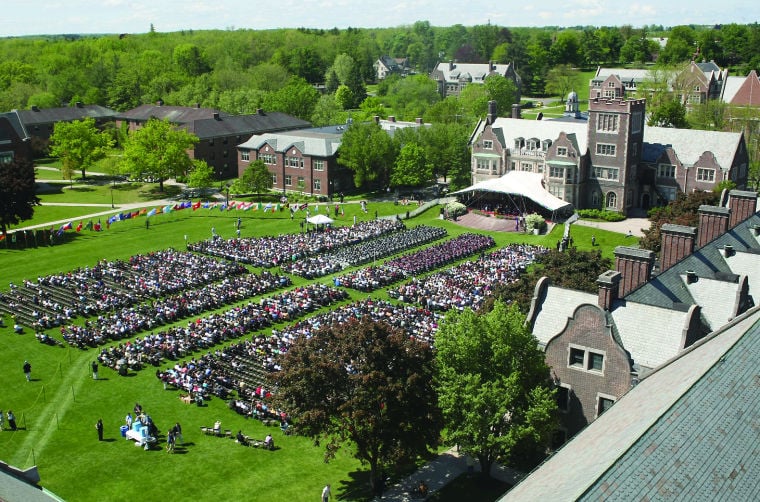 A Sunday story in the New York Times details the story of a William Smith College student named Anna who says members of the Hobart College football team sexually assaulted her last September at the Kappa Sigma fraternity house and later at The Barn (shown here) on campus.

A July 13 story in the New York Times details the story of a William Smith College student named Anna who says members of the Hobart College football team sexually assaulted her last September at the Kappa Sigma fraternity house (shown here) and later at The Barn on campus.

Hobart and William Smith Colleges President Mark Gearan says the New York Times story does not paint a complete picture of the case or of the Colleges’ policies.

GENEVA — Mark Gearan, president of Hobart and William Smith Colleges, says Sunday’s New York Times story about the handling of an alleged sexual assault did not paint a complete picture of the case or of the Colleges’ policies.

“We handled it fairly with the evidence that we had,” he said Monday. “Within an hour, the Geneva police were engaged with it. ... But I’m not unmindful, too, of the heartache of this student, so I do think we are, and have been over the course of the year, actively thinking through what are the best practices and policies. These are issues that every college and university are facing.”

Citing federal law, Gearan declined to comment on the specifics of the investigation, including the New York Times statement that only one member of the Colleges’ internal adjudication panel had access to medical records indicating the student had suffered trauma.

Gearan spoke to the Finger Lakes Times Monday afternoon. He also issued a letter to the campus community outlining the Colleges’ response. In addition, HWS established a website — www.hws.edu/about/nytimes — pointing out the flaws its officials saw in the New York Times story.

“HWS officials met with the Times reporter for two lengthy interviews and answered numerous questions via email and phone, all in an effort to fully explain our approach and philosophy regarding sexual assault cases,” Gearan wrote. “Regrettably, these responses were either ignored or downplayed in the article.”

The Colleges said they:

• Have dealt with seven sexual assault cases in the past two years, resulting in the expulsion of four students. Gearan said that shows the Colleges are willing to enforce their policies.

• Do not give athletes preferential treatment.

• Encourage every student who reports a sexual assault to speak with city police.

• Went beyond their typical process in this case by giving the student extra time to appeal the disciplinary panel’s decision. Instead of five days, she got three months, the Colleges said.

• Have an extensive training program for members of their adjudication panel. It includes “significant, multiple-day training sessions conducted by national experts,” the Colleges said. “ ... In addition, a training session is always held prior to each hearing.”

• Continuously work to improve their practices and policies.

• Are completing an audit this summer of their approach to sexual misconduct. The effort includes committees of staff, students, faculty, parents and alumnae.

The audit was triggered in part by the case the New York Times reported on and in part by the complaint the student involved filed with the U.S. Department of Education’s Office for Civil Rights, Gearan said. However, it grew out of the Colleges’ ongoing efforts, he insisted.

Three years ago, they began requiring 90-minute training sessions on sexual misconduct in the first full day of student orientation.

Gearan said the Colleges are now establishing a new Title IX office. It will include psychologists, an experienced Title IX adviser and an expert in educational development.

The New York Times article touched off a flurry of comments online. Some who posted said they would not send their children to Hobart and William Smith. Others, identifying themselves as alumni, pledged to stop donating money to the Colleges.

“Hobart and William Smith is a special place, and we’re engaged in a very important pursuit,” he said. “Anything that would diminish that reputation is something that we take very seriously, and I think we will go at it by the substance of what we do in terms of the ideas and initiatives. I think we will and can move forward with the strength of our convictions here to do the right thing and engage students in the social and community standards of civility and respect, that we have zero tolerance for violations of that community standard, for sexual misconduct. And I think we will be able to become, honestly, national leaders, because of this attention.”

The New York Times story also prompted an online petition by current and former students at www.change.org. The petition calls on Gearan to take specific steps, including hiring a new Title IX coordinator, establishing a sexual assault hotline, offering more information about the ongoing audit and ensuring that qualified people serve on the adjudication panel.

Gearan said he welcomed the petition; as of Monday night, it had more than 2,000 signatures.

“These are students and alumni who care about the place and want to make it better,” he said. “I have looked at some of the recommendations and want to sit down with the groups. I think they have a lot of merit.”

In his letter to the Colleges community and again in his interview with the Finger Lakes Times, Gearan acknowledged that the newspaper article was heartbreaking and offered a disheartening perspective on HWS.

“It is clear to me that even though we believe we handled the circumstances fairly and within the constraints of the law, and that we made decisions based on the evidence, there is no sense of satisfaction other than the knowledge that we treated everyone with compassion, kindness and respect,” Gearan wrote. “Our primary concern is to provide the student with the opportunities and support she needs to have a successful experience when she returns to campus this fall.”

Sunday’s New York Times included a front-page story on a Hobart and William Smith Colleges student who reported a sexual assault in September 2013.

The student, identified only as Anna, spoke at length to The New York Times about the Colleges’ investigation. The newspaper obtained transcripts of the Colleges’ internal disciplinary proceedings.

In the article, Anna accused members of the Colleges’ football team of sexually assaulting her — during a party at a fraternity house, and later in front of witnesses at an on-campus dance hall called The Barn. The first alleged assault involved three players. The second involved a single player who was accused of participating in the first incident.

The Colleges’ three-person adjudication panel cleared the players, and police filed no charges. Anna told The New York Times she remembered the first assault but not the second.

“Whatever precisely happened that September night, the internal records, along with interviews with students, sexual-assault experts and college officials, depict a school ill prepared to evaluate an allegation so serious that, if proved in a court of law, would be a felony, with a likely prison sentence,” reporter Walt Bogdanich wrote. “As the case illustrates, school disciplinary panels are a world unto themselves, operating in secret with scant accountability and limited protections for the accuser or the accused.”

The New York Times said the adjudication hearing proceeded before the results of the student’s rape kit were known, and that the chair of the adjudication panel did not share medical evidence indicating trauma with two fellow panel members.

The paper also reported that the Colleges completed their investigation in just 12 days, compared with a national average of 60. In addition, HWS identified Anna by name in a letter sent to students who might be called to testify.

The New York Times also questioned the accuracy and thoroughness of a subsequent investigation by city police.