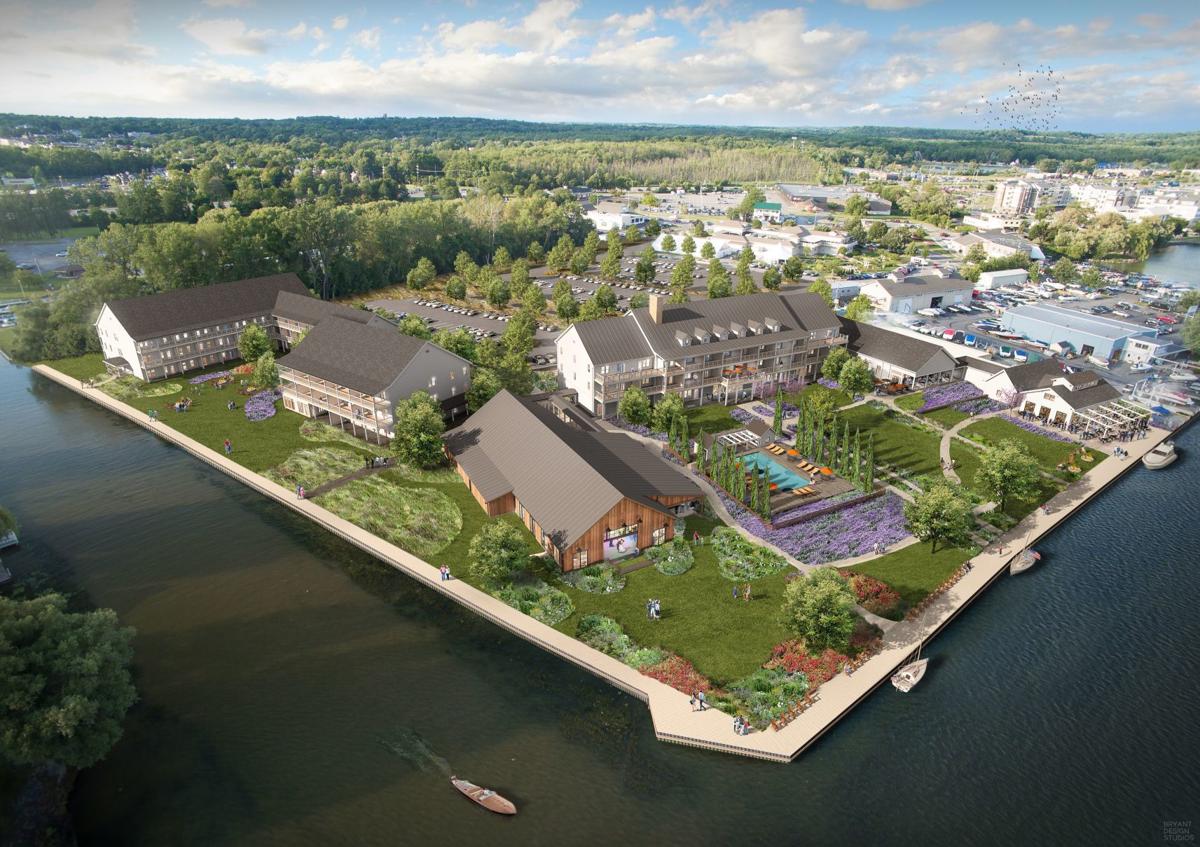 A sketch of the Lake House on Canandaigua, which is under construction. 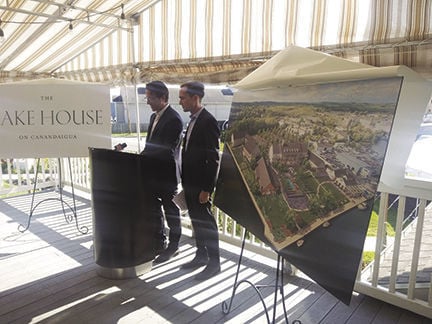 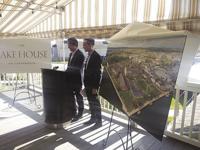 Bill Caleo (left) and Doug Bennett talk about The Lakehouse on Canandaigua, the new hotel that is replacing the Inn on the Lake. The announcement came Tuesday afternoon at New York Kitchen in Canandaigua.

A sketch of the Lake House on Canandaigua, which is under construction.

Bill Caleo (left) and Doug Bennett talk about The Lakehouse on Canandaigua, the new hotel that is replacing the Inn on the Lake. The announcement came Tuesday afternoon at New York Kitchen in Canandaigua.

CANANDAIGUA — The venerable Inn on the Lake has vanished from the landscape as part of the redevelopment of the shoreline site on Canandaigua Lake.

Rising in its place will be a new hotel offering a variety of high-end amenities, along with a new name, The Lake House on Canandaigua.

Details about the hotel and the re-branding were announced Tuesday afternoon at New York Kitchen by Bill Caleo and Doug Bennett, cousins, best friends and third-generation members of the Sands family, which owns the hotel.

Caleo and Bennett are leading the redevelopment on the former site of the Inn on the Lake, which was demolished to make way for the boutique-style hotel and events center.

And unlike its predecessor, Lake House on Canandaigua will have direct access to the lake with a new seawall and boardwalk, offering a paddleboard and kayak launch for guests.

The project was a “dream of my grandfather, (the late) Marvin Sands,” said Caleo. “We’ve taken this vision, expanded it and updated it for our times.”

Canandaigua Lake, said Caleo, was “the best backyard I ever could ask for.”

Food and beverage offerings — in conjunction with New York Kitchen — include a new signature restaurant and what is being called a “re-imagined” Sand Bar, the popular lakeside venue that will be the first offering to open at the site.

The goal, said Bennett, is to “create a hotel that will bring the world to Canandaigua” and to “create a feeling of home.”

The venue will be able to host events from 50 to 500 people, and its construction has created more than 350 design, planning and construction jobs, they said. The hotel will employ 32 full-time workers.

Caleo noted that the hotel project has sustainability at its core, with the facility to be heated and cooled by geothermal power, with limited use of plastic at the hotel and event spaces.

Bennett said they don’t have a specific summer date for the hotel’s opening, but that construction is on schedule.

As for the competition being built up Lakeshore Boulevard — Canandaigua Finger Lakes Resort — Bennett and Caleo think there’s plenty of business for all.

“We think there’s an unmet demand for this type of thing,” Caleo said.

Caleo and Bennett are part of The Brooklyn Home Company, a third-generation Sands family company that focuses mostly on small-scale residential projects.

“We’ve never done a hotel like this before,” said Caleo.