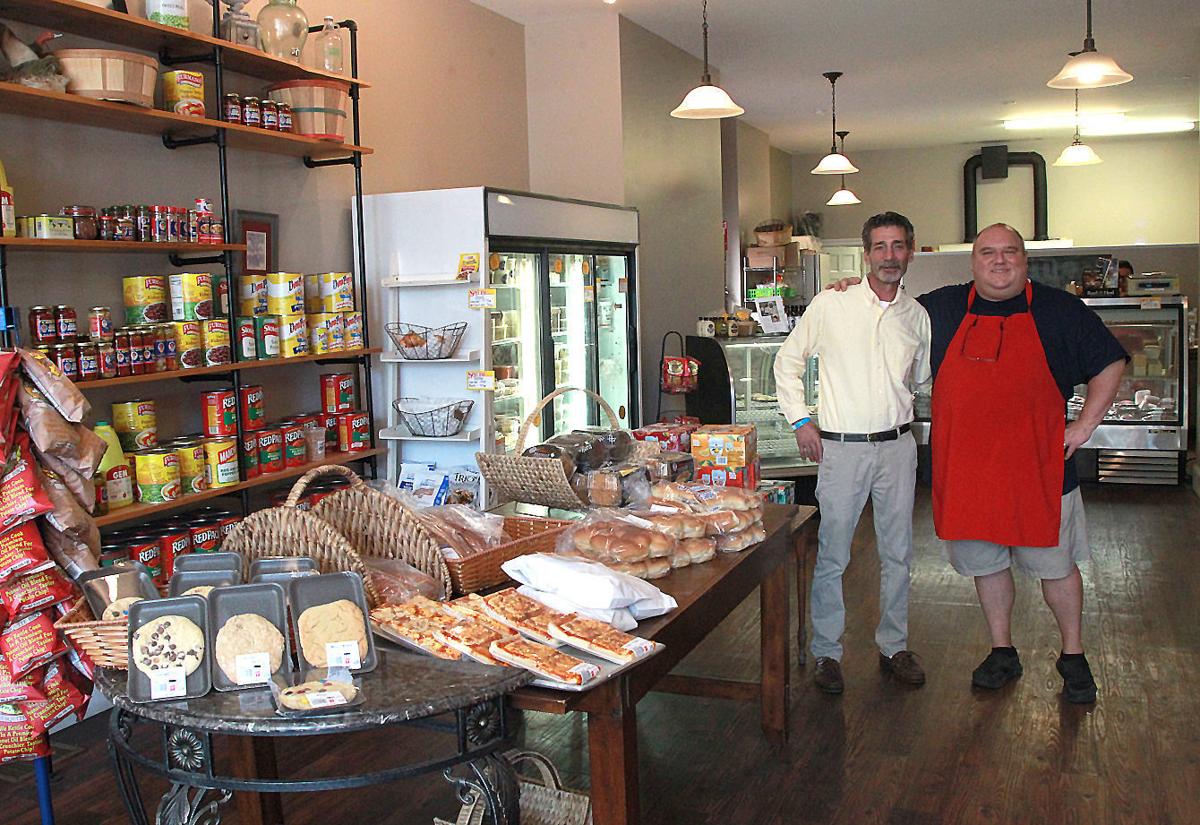 Madia’s, which is being renamed B and D Market, representing the first letter in the names of Mike D’Angelo and his wife, Julie Bazan, owners of the former Luigi’s Old World Market & Café on Exchange Street. D’Angelo (right) is pictured with Richard “Soapy” Madia who was previously running the business for his daughter Chelsey. 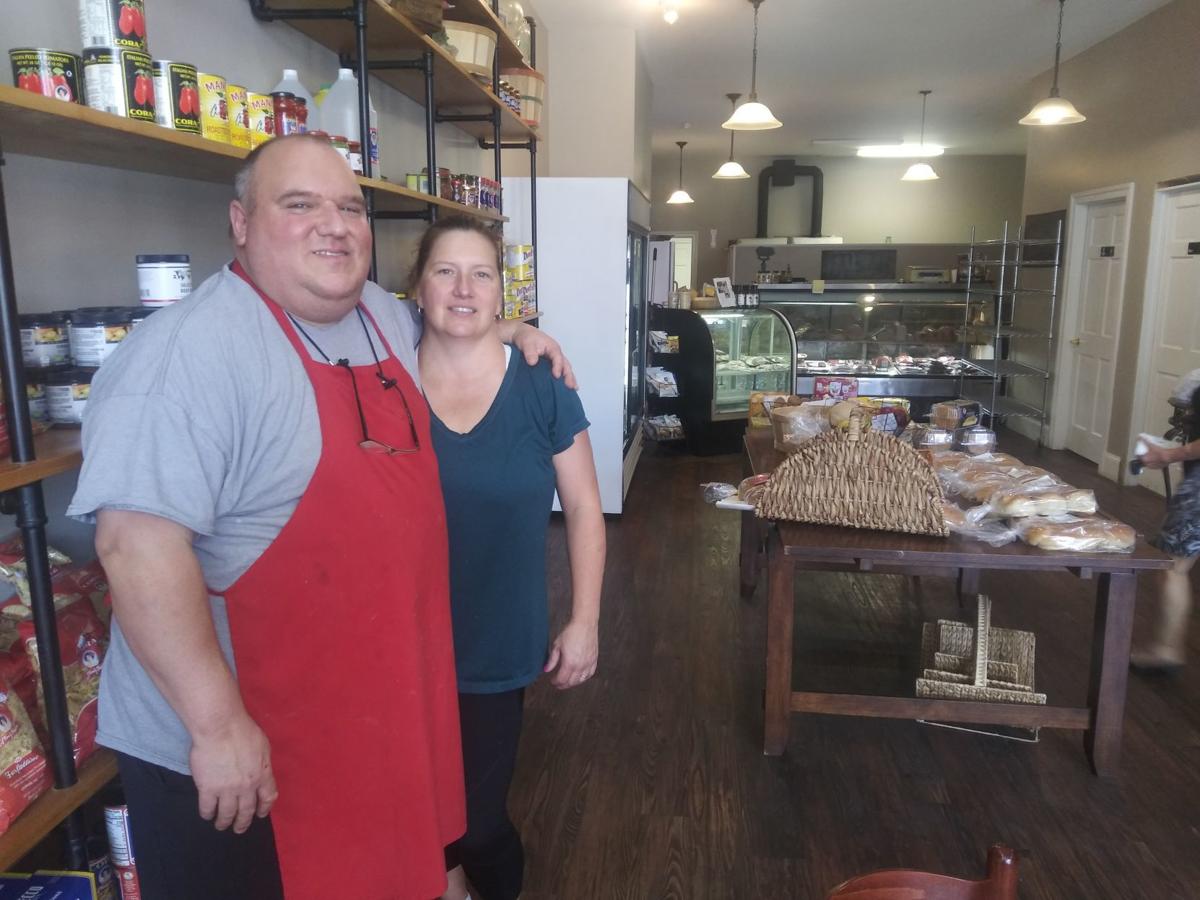 at B and D Market, formerly Madia’s. 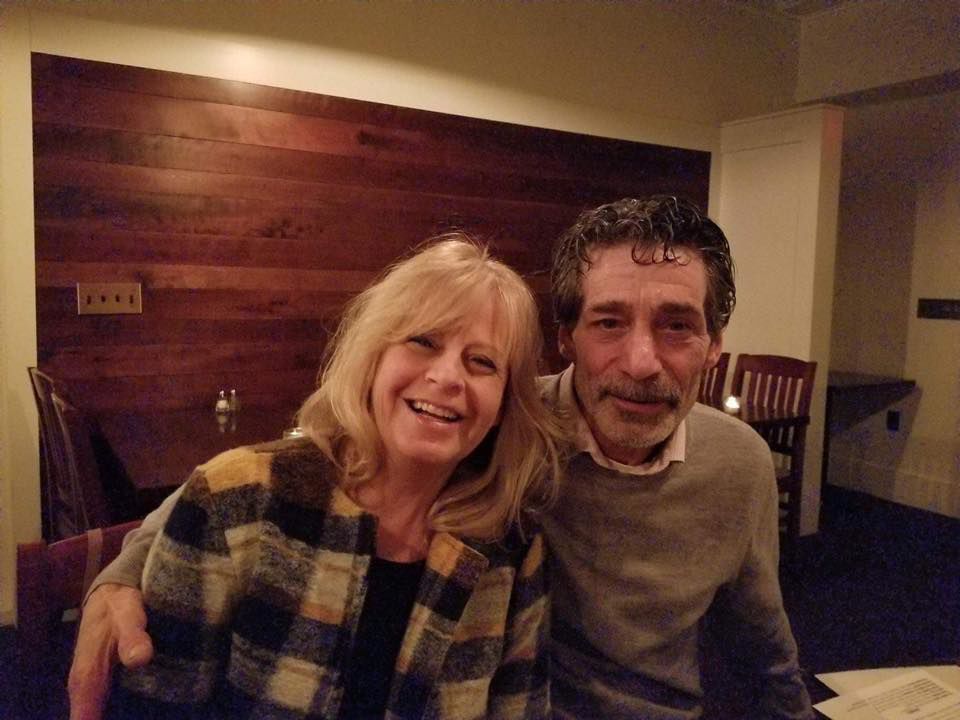 Madia’s, which is being renamed B and D Market, representing the first letter in the names of Mike D’Angelo and his wife, Julie Bazan, owners of the former Luigi’s Old World Market & Café on Exchange Street. D’Angelo (right) is pictured with Richard “Soapy” Madia who was previously running the business for his daughter Chelsey.

at B and D Market, formerly Madia’s.

GENEVA — When Chelsey Madia put Madia’s Market up for sale earlier this year with the impending retirement of her dad, Richard “Soapy” Madia, she got two purchase offers.

It was the one from Mike D’Angelo and his wife, Julie Bazan, owners of the former Luigi’s Old World Market & Café on Exchange Street, that the family accepted.

The reason: They believed the couple was sincere in carrying on — and even building on — the Madia legacy that comes from decades in the food business in Geneva that included the former Big M on Castle Street to the downtown Castle Street location. There, the focus moved mostly to fresh meats and deli products, including its famous Italian sausage, which is not only loved by residents but by restaurants that Madia’s supplies all over the region.

“We feel like they’re the right fit,” said Chelsey.

“He (Mike D’Angelo) is great guy,” he said. “I think he fits right into that business very well.”

While Soapy adjusts to retirement, it’s a change as well for D’Angelo and Bazan. They closed Luigi’s in August after purchasing Madia’s, which is being renamed B and D Market, representing the first letter in each of their last names.

D’Angelo said the original thrust of Luigi’s was to be more like Madia’s, but that it turned into less of a deli and grab-and-go food operation and more into a restaurant.

An illness early on into Luigi’s didn’t help, he said.

“Instead of me running the restaurant, the restaurant was running me,” he said. “We really wanted to be more market and less restaurant. It didn’t feel right.”

When he heard Madia’s was for sale, he saw it as an opportunity to get back to the concept he and his wife had envisioned with Luigi’s and continue a longtime Geneva business.

“I would buy my sausage from Soapy,” said D’Angelo, as he sat down at the big table near the market’s entrance. “He kept telling me he was ready to get out.”

D’Angelo said he and his wife originally thought about taking on Madia’s along with Luigi’s, but they realized that would be difficult to pull off.

At B and D Market, there’s a bit of marriage between both businesses.

For one, the famous Madia’s Italian sausage remains. Soapy Madia worked with D’Angelo for several weeks on the recipe. D’Angelo plans to add some new flavors as well.

The salads that many people came to Madia’s for remain, as well as the Madia meatball recipe and sauce.

In turn, D’Angelo and Bazan are bringing some of their Lugi’s favorites over to Castle Street, including their stuffed breads and Utica-style tomato pie.

They also plan to add a hot and cold bar with grab-and-go foods that include, sausage, meatballs, salads and comfort foods such as eggplant parmesan, pot roast and more.

“That’s what we envisioned at Luigi’s,” said D’Angelo.

“I really think the direction that Mike is taking that store is needed,” he said.

For Soapy, he has mixed feelings getting out of a business that was part of his family for more than 50 years, although daughter Chelsey said she plans on putting him to work, at least part time, at Crispin Hill, the Yates County wedding venue she operates with her spouse, Heather Tompkins. It was those two who created Madia’s Market on Castle Street, along with neighboring Char Burrito.

“It was a great run,” said Soapy, who noted that in retirement, he’ll have more time to pursue his passion, auto racing. “I was really proud of what we did over the years. It (retiring) is a really great thing and sad thing at the same time. It was just the greatest time of my life. I had such great help.”

That “help” included Rod Bailey, who is going to work for D’Angelo and Bazan, as is one of their key employees, Kristen Destino, their head chef and kitchen manager at Luigi’s.

Soapy Madia said he also wanted to express gratitude to Madia’s many customers for their support and friendship over the course of five decades.

“I miss people stopping in and busting (on me),” he said. “It was just the greatest experience.”

Chelsey Madia said it’s a “big change” for her father, as well as her mother, Micki, who prepared Madia’s popular salads.

“I think it was just time for my parents to take a little break,” she said.

For D’Angelo, whose wife Julie will work at the business on a part-time basis, the new store is what he wanted all along.

“This is just a really good fit for me,” he said. “I feel I’m in my element. It’s (the business) very manageable and very rewarding.”

D’Angelo knows the Madia’s name is an icon in Geneva, but is hopeful the community will embrace the establishment’s new name and owners.

“I hope they give us a chance,” he said. “I hope they check us out. If there’s something we don’t have that they want, we’ll try to get it.”

Older folks might remember a comedian named Soupy Sales, but how did Richard “Soapy” Madia get his name?

He said it came when he was an infant. He was getting a bath in the kitchen sink and apparently ate a chunk of Ivory soap, he cracked caused him “to have diarrhea for the next six months.”

His dad started calling him Soapy, and nearly 65 years later, they still do.