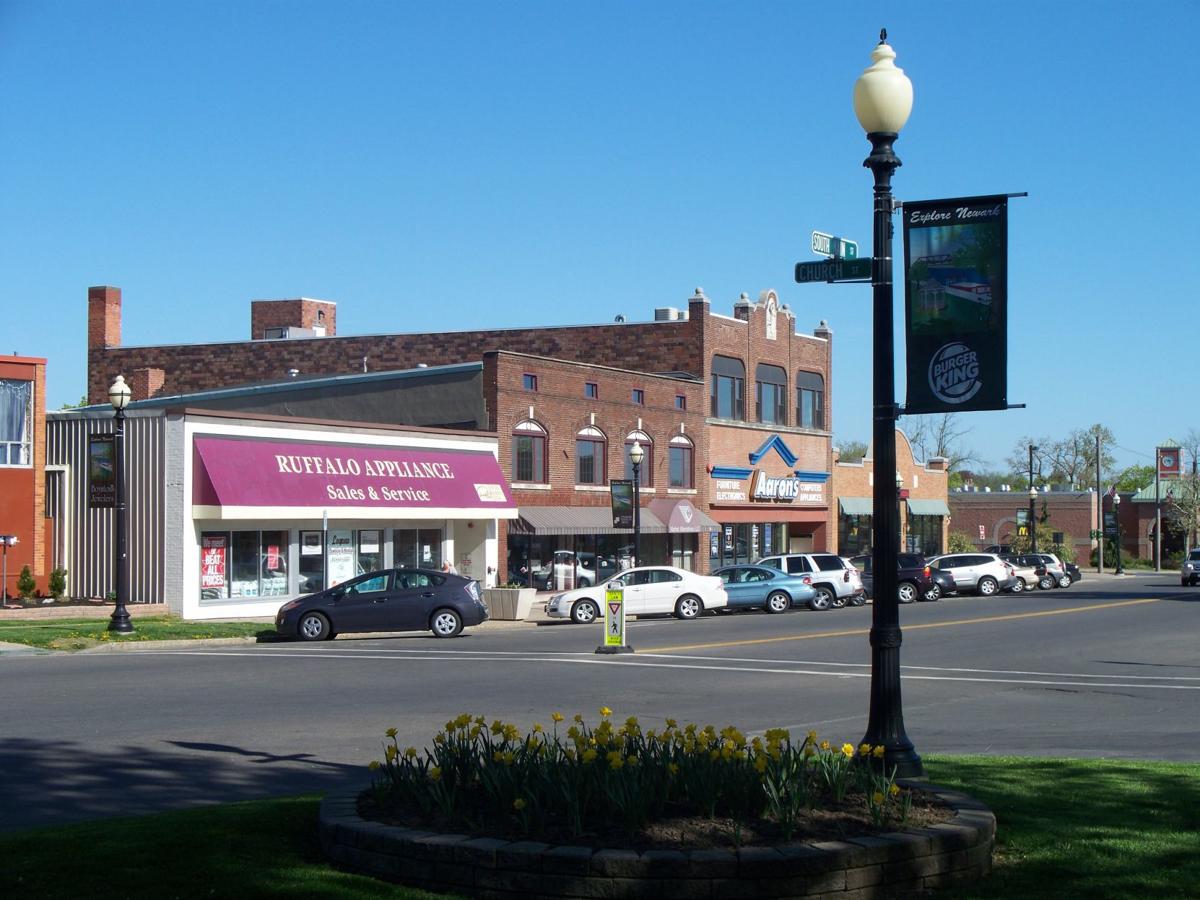 A look at Newark’s South Main Street downtown. The village hoped to use $10 million in Downtown Revitalization Initiative Funds to rebuild its central business district.

NEWARK — Mayor Jonathan Taylor said too many good things are happening in his village to spend much time lamenting about losing out on $10 million in the state’s Downtown Revitalization Initiative program.

The village has been named a finalist the past two years, losing out to Penn Yan in 2018 and Seneca Falls this year.

Under the program, first launched in 2016, one community in each of the state’s 10 Regional Economic Development Council regions receives $10 million in state funding.

“For us, (business development) is really something that we work on year-round,” Taylor said, “because it’s really about building a better community.”

He pointed to Newark’s Economic Development Alliance, a group formed with representatives of the village and school district along with business and community members and whose charge is to create business-development opportunities in Newark. That included assistance in preparing the DRI application.

The alliance was doing this work “before there was a DRI,” said Taylor.

As to why Newark has lost out to other communities for two straight years, Taylor could not guess.

“You really don’t have feedback (from the region’s DRI judging committee) after the selection is made,” he said. “A lot of time (in preparing the DRI applications) we look at what other communities have done.”

Despite the disappointment of not grabbing the $10 million prize, Taylor thinks Newark “is on the right track. We really feel we’re a community worthy of a DRI (award).”

He also noted upgrades at the sewage treatment plant that increased capacity, with plans to modernize the water-treatment operation as well.

“We’ve positioned ourselves to have the infrastructure in place to create jobs and build the economy,” he said.

Taylor rattled off a number of projects that have created jobs in Newark over the past few years, including V Technical Textiles, which took over the former St. Michael School on South Main Street; the development of Craft 120 on the Erie Canal; the expansion of Marshall Exteriors into the former Rite Aid downtown; and IEC’s expansion into the Silver Hill Technology Park off of Route 88 that is expected to create hundreds of jobs.

Additionally, Taylor pointed to the redevelopment of the former Jackson and Perkins — and later Newark Florist — greenhouse complex into a hemp seed, hemp plants and processing facility for CBD products.

“We’re going to keep pushing economic development,” he said. “We feel we’re on the right track. Certainly DRI money would get us there faster.”