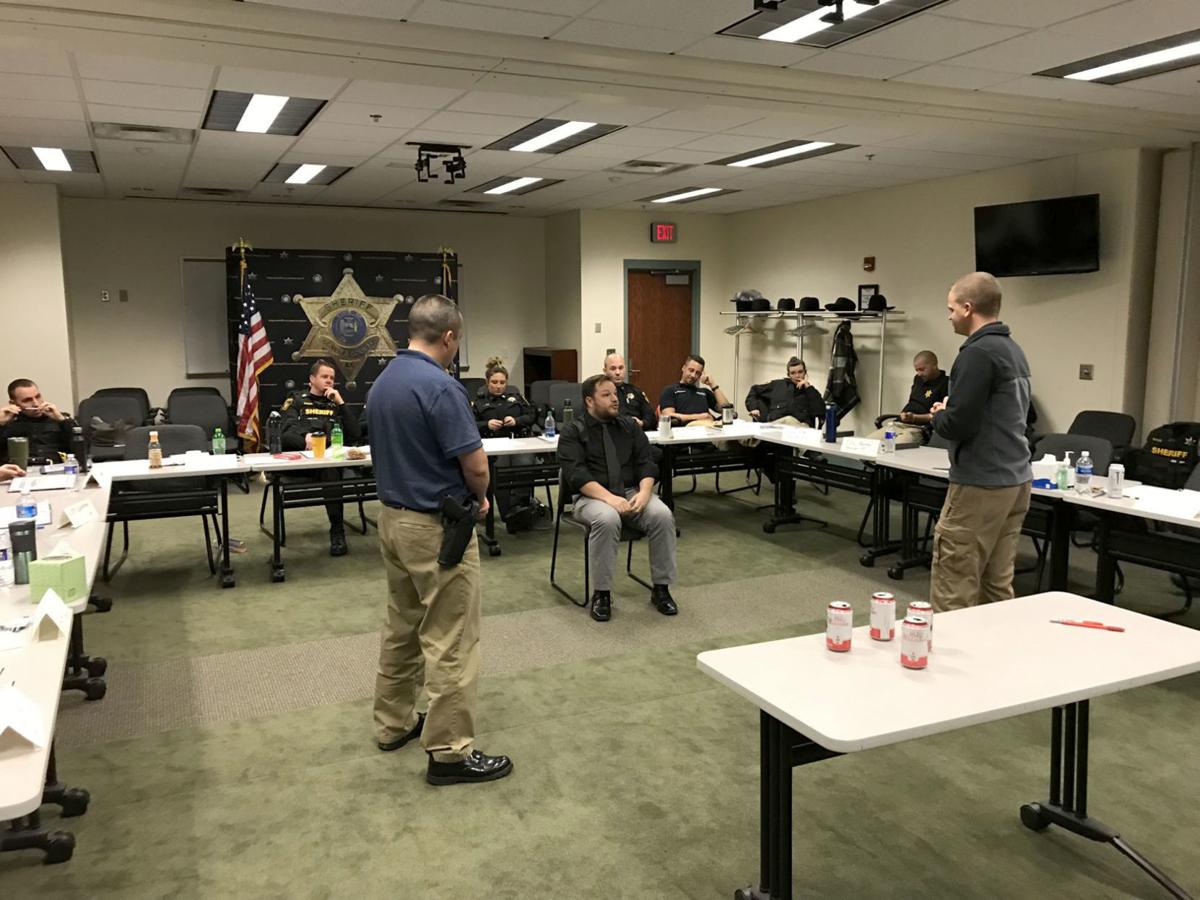 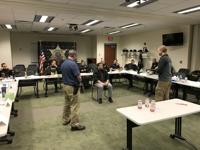 As part of the Crisis Intervention Training, police officers did role playing scenarios with volunteers.

As part of the Crisis Intervention Training, police officers did role playing scenarios with volunteers.

ROMULUS — The concept of crisis intervention training for police isn’t new, although it remains in the infancy stage for many departments.

That includes the Seneca County sheriff’s office, which hosted CIT training for several agencies earlier this month at the county Law Enforcement Center.

“The crisis intervention team has been an ongoing project in our county,” Cleere said. “Like other counties, it is a collaborative effort between law enforcement and mental health.”

The sheriff’s office has been working with Margaret Morse, the county’s director of community services/mental health. The first step was training instructors; Cleere and Kaitlyn Laskoski, mental health therapist at the county jail, were certified as CIT instructors in April. Cleere and Laskoski helped the Ontario County sheriff’s office teach the mental health curriculum earlier this year for the Finger Lakes Law Enforcement Basic Police Academy.

“Ontario County has been a local leader in this collaboration, and we learned a lot from working with their instructors,” Cleere said.

“During the training, the officers role play scenarios with volunteers acting out different scenarios,” Cleere said.

“Our next step in Seneca County is to collaborate with our mental health department on developing the logistics of the first response to these types of calls,” Cleere added. “The CIT model has been out there for a while, but is new to us. It has been highly successful elsewhere, so we hope to have similar results here.”

Oct. 14 — Deputies arrested a suspect after a chase on foot in Border City. The person had been throwing rocks through the window of a local business.

Oct. 26 — A fire destroyed a home in Romulus. The occupants escaped without injury.

Oct. 31 — Investigators charged two people in a grand larceny case in Varick in which more than $2,500 was stolen.

The Division of Human Services Fraud Unit investigated 15 cases; it has recouped more than $165,000 to date.

On the corrections side, the average number of inmates at the jail was 68. Nearly $59,000 was generated from boarding out-of-county prisoners, bringing the yearly total to more than $445,000.

In the civil division, there were 32 summons/complaints/services and 31 income executions. Deputies assisted with three evictions.