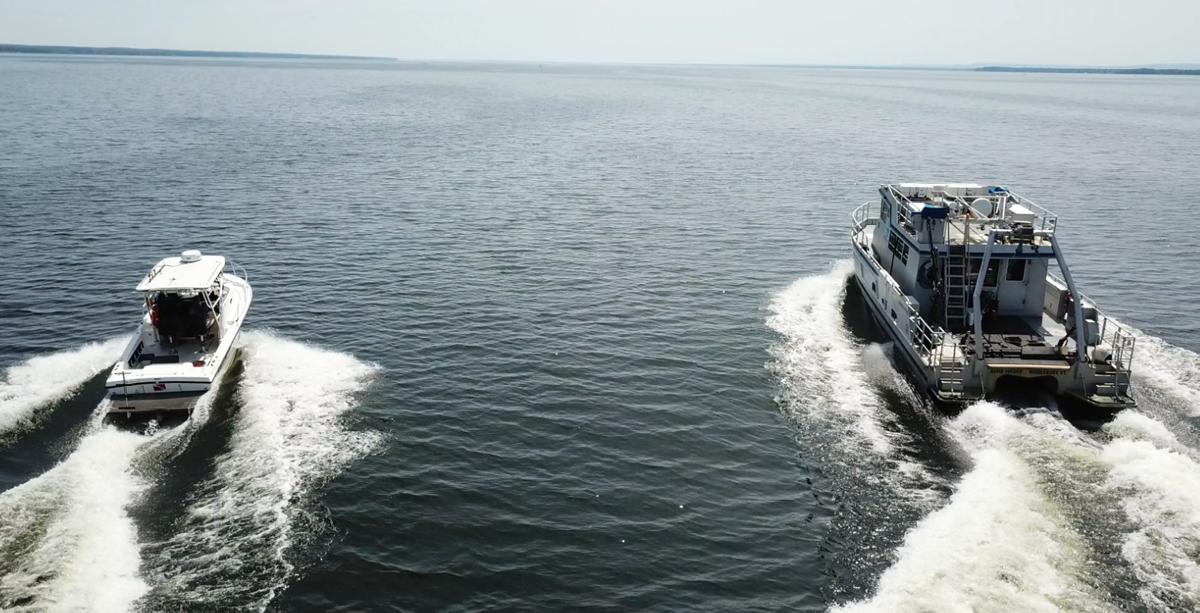 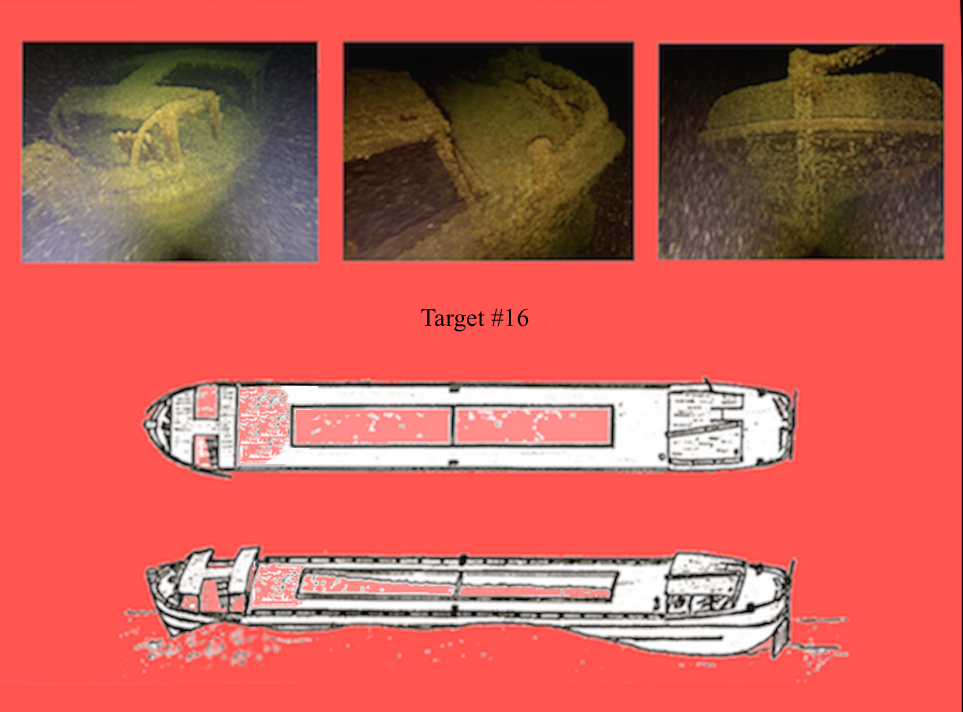 ROMULUS — Nearly 150 years ago, Seneca Lake was a major shipping route for goods because of its connection to the old Seneca River, which later was part of the state canal system.

However, not all vessels successfully made the trip up or down the largest and deepest of the 11 Finger Lakes.

A group of researchers from the Lake Champlain Maritime Museum in Vermont — using sonar and other equipment — has located 17 shipwrecks on the bottom of the lake, most dating to the 1880s.

In 2018, researchers from the maritime museum organized a limited, submerged cultural resources survey with the objective of finding a coal-laden canal boat, the Frank Bowley, that sank in Seneca Lake in 1869. A dramatic and detailed account of the sinking during heavy November winds was reported in the newspapers of the day. The stories included very specific geographic locations where the ship went down.

The researchers found the Frank Bowley on the first day of their side scan sonar survey. It was intact and still loaded with its cargo of coal in the deep waters of Seneca Lake.

“While finding the Frank Bowley was a very positive beginning, by the conclusion of this short-duration survey effort, our survey team had located an additional seven shipwrecks on the lake bottom,” said Arthur Cohn, senior scholar and director emeritus of the Lake Champlain Maritime Museum.

“The Bicentennial of the New York state canal system is being celebrated between 2017 and 2025 and what better way to enhance that understanding of that history than by inventorying and documenting a collection of intact wooden canal boats?” Cohn said.

“All the promising sonar targets were found in deep water and able to be examined by Remote Operating Vehicle (ROV) technology. These inspections revealed a collection of early canal boats in remarkably intact condition,” he added.

Five of the seven were able to be certified and photographed by a remote operated vehicle.

“These stunning results were not surprising,” Cohn said. “Seneca Lake had been an important navigable link in the region’s maritime transportation system and at its height, had been connected to the Erie Canal by the Cayuga-Seneca Canal, a navigable connection that still exists.”

Competition from railroads ultimately drove the wooden boat fleets out of business but not before sudden storm events took their toll and sent dozens of ships to the lake bottom.

“These sinkings were always a tragic loss for the boatman and his family,” Cohn said. “While some sinkings, like the Frank Bowley, involved the economic loss of the boat and cargo, other accounts report the loss of draft animals that lived aboard the boats in bow stables.”

He said economic losses were traumatic and could throw a canal boat family into poverty.

“In the very worse accounts,” he said, “the sinking would report the loss of family members or crew.”

Buoyed by their discoveries, the Lake Champlain team returned this past summer. They wanted to identify and document the other two shipwrecks from 2018 and look for others, while also moving over to Cayuga Lake to followup on diver Michael DeGroat’s discovery in 2018 of an intact canal boat shipwreck in 80 feet of water.

The 2019 research also was tasked with studying the zebra and quagga mussels encrusted on the Seneca Lake shipwrecks. Discussions were held with biologists at Hobart and William Smith Colleges and the University of Vermont to design a diver survey of mussel-encrusted shipwrecks to better understand the impact and implications of mussel colonization of historic Finger Lakes shipwrecks.

They operated out of the Middlebury College research vessel, the 48-foot David Folger, equipped with state-of-the-art instruments to map the lake bottom, track currents, measure water chemistry and sample sediments.

The David Folger was docked at the new marina at Sampson State Park in Romulus.

“It is our hope that in 2020, we will be able to return to Seneca Lake with the Folger and survey team and continue to map Seneca Lake,” Cohn said. “We estimate that in two more years of effort, we should be able to complete the identity of shipwrecks and bottom mapping of Seneca Lake, with talk beginning on the feasibility of doing similar surveys in Cayuga Lake.”

Funding support in 2018 was provided by the Tripp Foundation of Seneca Lake and the Corning Museum of Glass.

Want to hear more about the shipwreck search? Cohn will speak Thursday on the topic of “Shipwrecks: What Lies Beneath Seneca Lake” at the annual dinner of the Yates County History Center, 107 Chapel St., Penn Yan. Call (315) 536-7318 for more information.