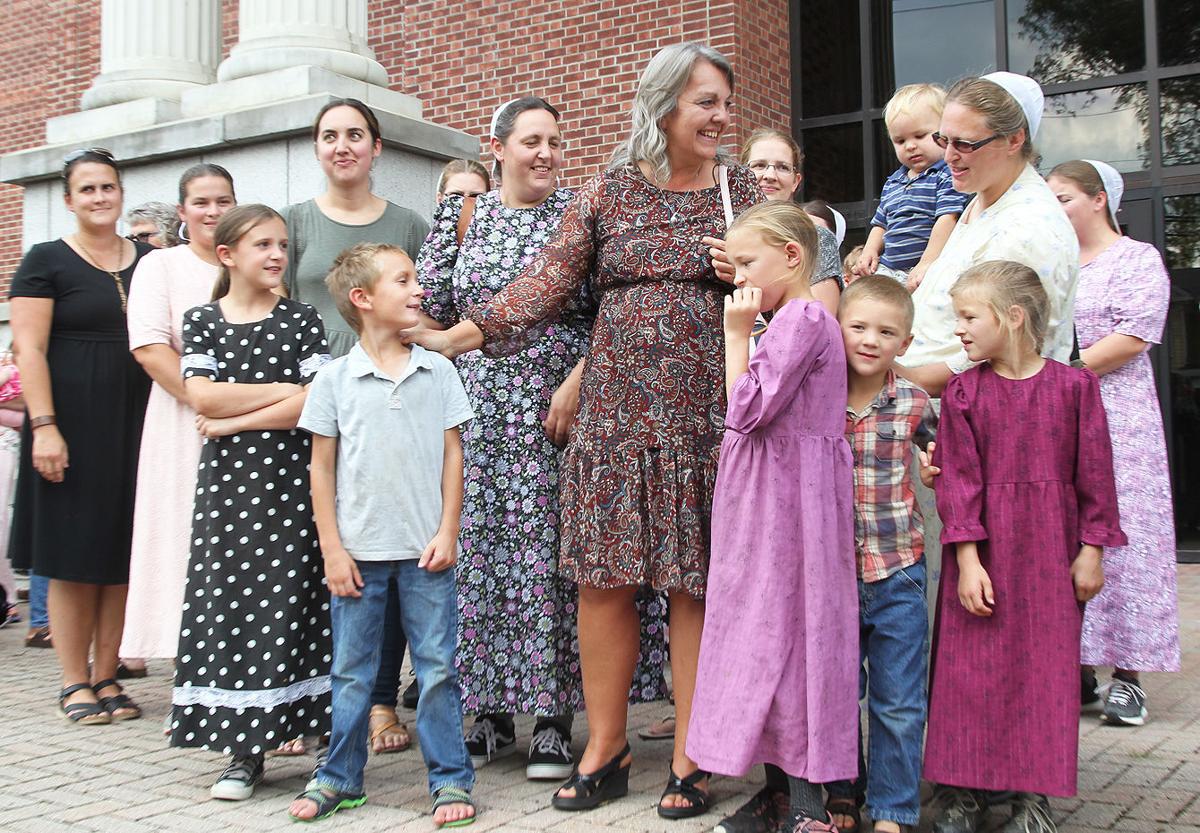 Following a press conference Tuesday outside the Yates County Courthouse, Elizabeth Catlin talked to some of the children she delivered and their mothers. 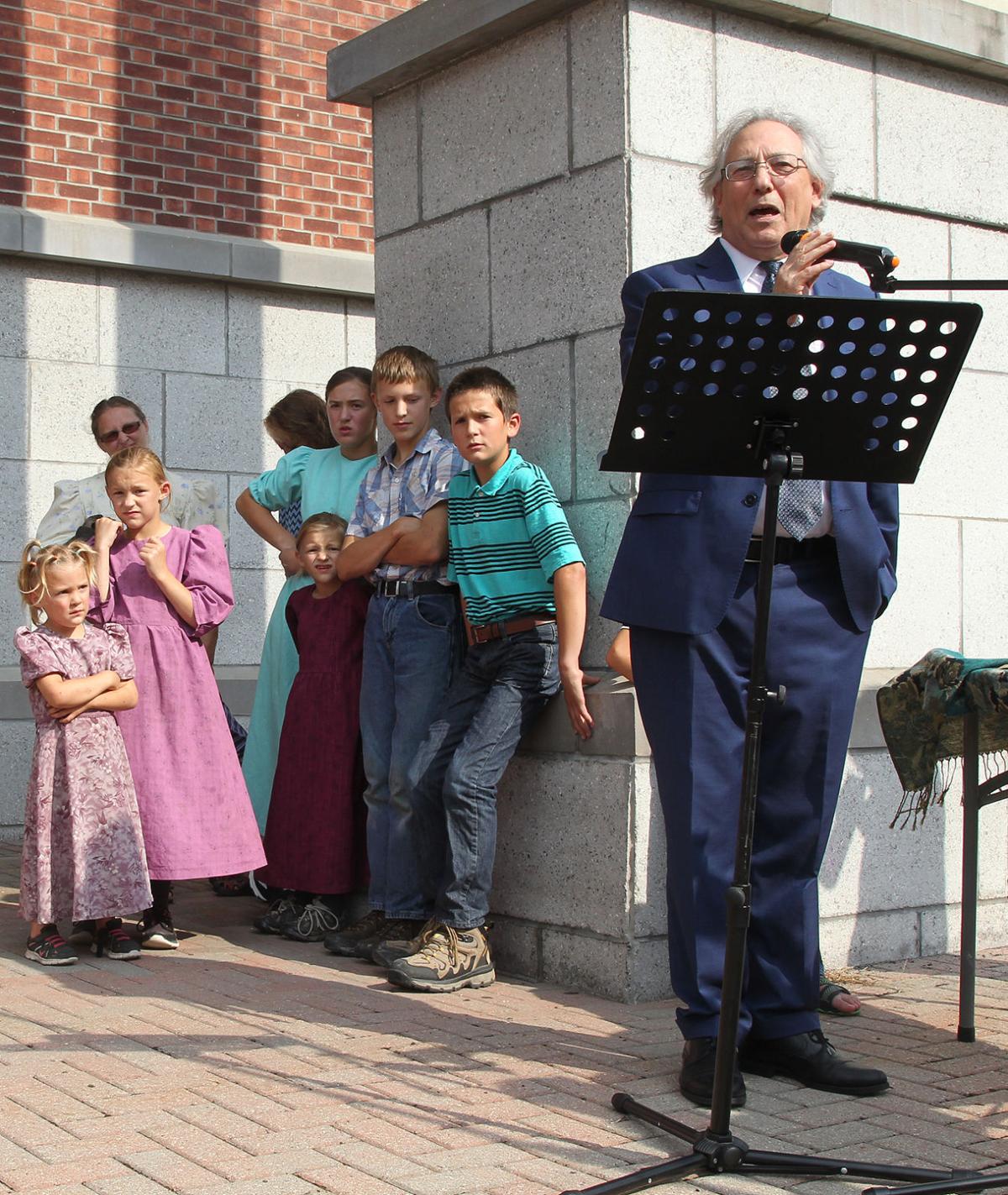 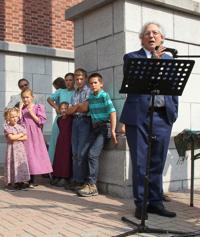 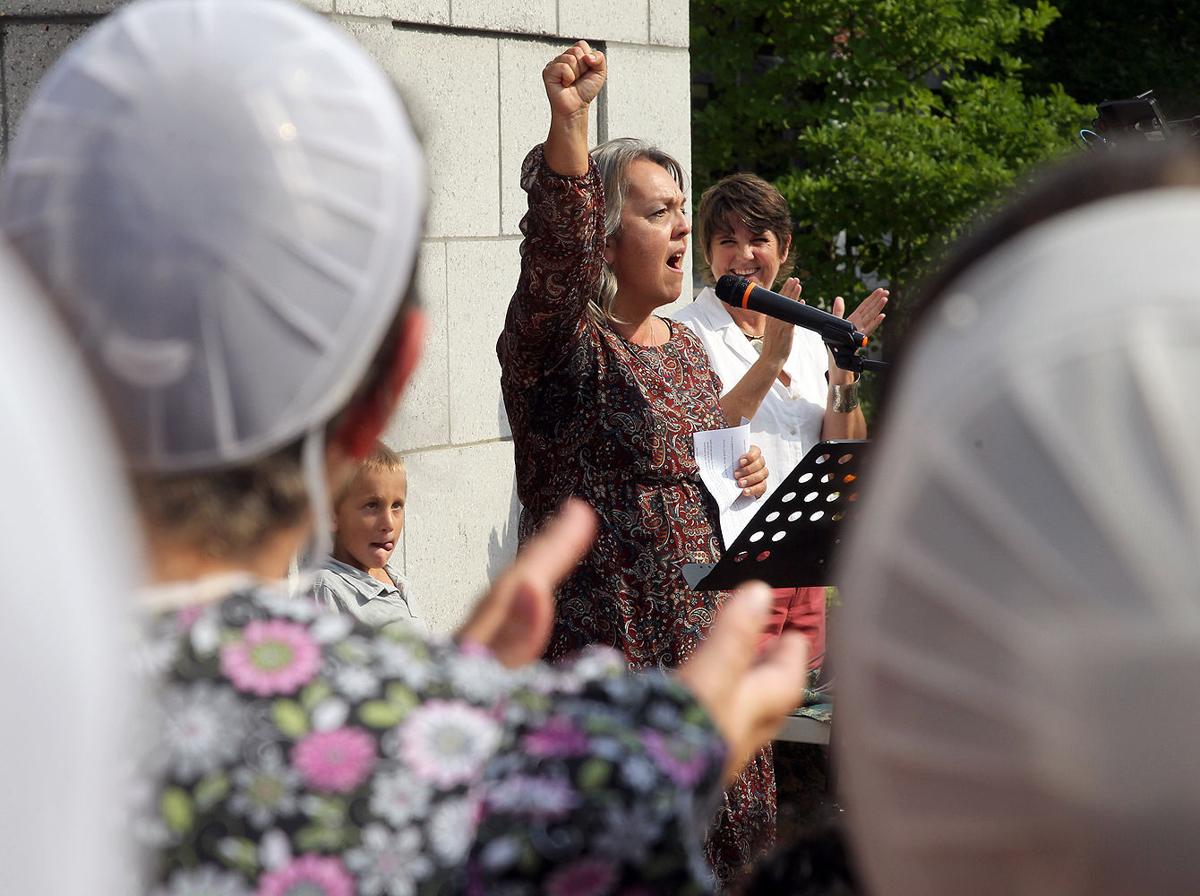 Elizabeth Catlin, the Yates County midwife who faced more than 90 felony charges, speaks to supporters outside the county courthouse Tuesday after she pleaded guilty to a single felony charge. Behind her is Linda Henry Hamilton from the organization Birth Without Boundaries. 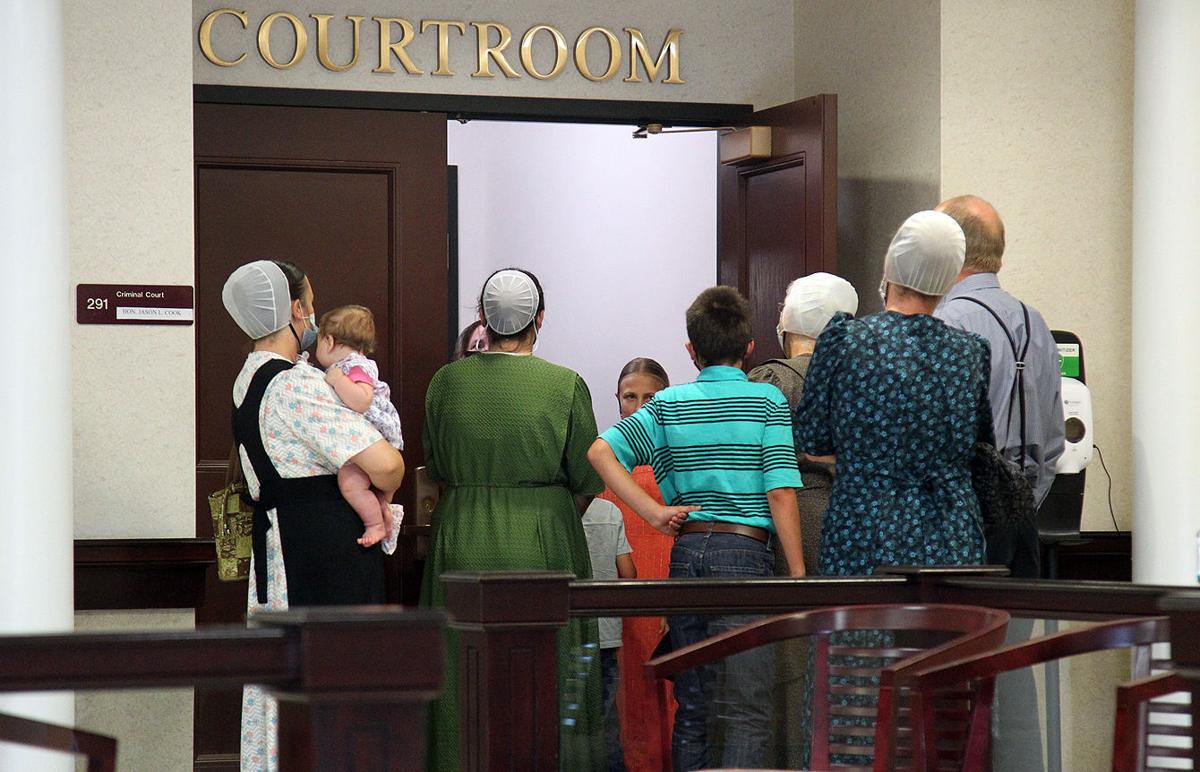 Due to occupancy limits and an overflow crowd, some supporters of Elizabeth Catlin could not be in the Yates County courtroom where she pleaded guilty Tuesday.

Following a press conference Tuesday outside the Yates County Courthouse, Elizabeth Catlin talked to some of the children she delivered and their mothers.

Elizabeth Catlin, the Yates County midwife who faced more than 90 felony charges, speaks to supporters outside the county courthouse Tuesday after she pleaded guilty to a single felony charge. Behind her is Linda Henry Hamilton from the organization Birth Without Boundaries.

Due to occupancy limits and an overflow crowd, some supporters of Elizabeth Catlin could not be in the Yates County courtroom where she pleaded guilty Tuesday.

PENN YAN — Judging by the smile on Elizabeth Catlin’s face, one could assume she was fully exonerated in what has become one of most memorable cases in Yates County Court history.

That wasn’t exactly what happened, but Catlin and her many supporters still celebrated outside the courthouse Tuesday after she pleaded guilty to just one of nearly 100 charges she faced — and not a homicide charge she said was hanging over her head.

“Woo-hoo,” Catlin said, waving her arms before she addressed dozens of backers on a warm, sunny afternoon. “Everybody knows about this case. I feel like a huge weight is off my shoulders.”

Minutes earlier, Catlin matter-of-factly answered a series of questions from county Judge Jason Cook while pleading guilty to unauthorized practice of the profession of midwifery, a low-level felony. She is scheduled to be sentenced Dec. 14 to probation and community service but is not expected to do any jail time.

Catlin, 55, was arrested twice in 2018. State police said she was working as a midwife — largely for the local Mennonite community — for many years without state certification, which requires a master’s degree, and after her first arrest she continued to run an illegal midwife practice in the county.

All but two of the 90-some charges Catlin faced were forgery related. At one time, she was accused of fraudulently using the name of a Penn Yan-area medical practice — as well as a staff member’s name — on numerous laboratory requisition forms for blood samples.

In court Tuesday, Assistant District Attorney Mike Tantillo — who prosecuted the case — said officials later learned those forms were done with the knowledge and consent of the medical office and staff member.

Perhaps the most damning charge Catlin faced was criminally negligent homicide, alleging that she caused the death of a baby she delivered. While District Attorney Todd Casella declined to elaborate on the charge in previous court appearances, Sussman said the baby was taken to an area hospital and was alive for several hours under the care of a doctor before dying.

A doctor hired by the defense was going to testify that the prenatal care was normal for a midwife to give.

“Clearly, the parents do not blame the defendant or want to testify at trial,” Tantillo said.

In the end, Catlin admitted she knew she was not licensed by the state to practice midwifery. Tantillo said the DA’s office does not believe Catlin should spend time in jail, since she has no prior criminal record and her conduct was not “nefarious, but she acted altruistically.”

As has been the case for all her court appearances, dozens of supporters — many from the Mennonite community — turned out Tuesday to back Catlin. There was a small round of applause in the courtroom after the proceeding, and louder applause outside.

“I remember when I walked in for my first court appearance (in Penn Yan Village Court) in handcuffs and chains. That still does me in,” Catlin said while wiping away tears. “There you guys were. I thank you. You were behind me time and time again over the last three years, including your prayers and letters.”

Also supporting Catlin from the start was the organization Birth Without Boundaries, which advocates for home childbirth and blames the American medical system for unsafe births and trying to maintain a monopoly on childbirth.

Hamilton said New York is among just 15 states that don’t recognize certified professional midwives, which Catlin is certified as. Legislation in the state Senate could change that.

“It’s time to stand up and speak up. Why this hasn’t been enacted so far is a mystery,” she said. “New York law needs to change, and it needs to change now.”

“The DA’s position of Liz being responsible for the infant’s death was not factual, and her criminal behavior was not factual. Mr. Tantillo was willing to engage in a dialogue and have a reasoned conversation,” Sussman added. “I have worked for three decades for change here in New York, and maybe the Legislature and our new governor will listen to you.”

Catlin said if state law changes, she looks forward to being a midwife again.

“This is the next step, certified professional midwives and community midwives. There should be freedom where a woman chooses to give birth and who to invite,” she said. “That freedom is paramount so you are not being chased around by state troopers or having to sneak out the back door.”