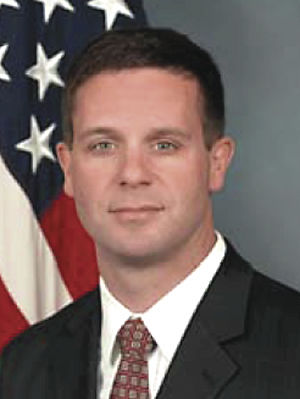 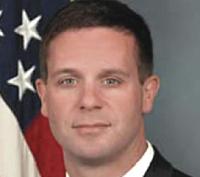 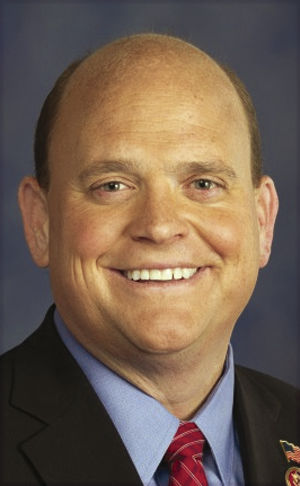 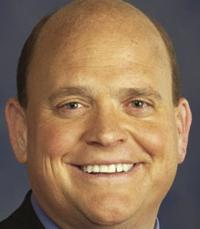 Rep. Tom Reed, R-Corning, represents the 23rd Congressional District, which runs from the shores of Lake Erie to the suburbs of Binghamton. It includes all of Seneca and Yates counties and parts of Ontario, including Geneva.

Tom Reed said there is a simple answer as to why he wants another two-year term representing the 23rd District in the House of Representatives.

“The job’s not done,” the Corning Republican said during a recent meeting with the Finger Lakes Times editorial board.

His Democratic opponent, John Plumb of Lakewood, Chautauqua County, claims Reed hasn’t done enough to earn another term representing a district that includes the eastern half of Ontario County, all of Seneca and Yates counties, a portion of Tompkins County, including Ithaca, and just about all of the Southern Tier.

“I think we need results and less political nonsense,” Plumb told the editorial board during his visit. “I think (Reed) fails to understand what a good elected representative is supposed to be doing.”

The race between Reed and Plumb has been contentious. Reed’s campaign has called Plumb “DC John” in its effort to convince voters that the Democrat has spent little time in his hometown in recent years. Plumb has countered that there are good reasons he hasn’t been living in Chautauqua County until recently: He was serving in the military, including the Pentagon and the National Security Council.

“The country asked me to be somewhere else,” he said. “I’ve dedicated my life to the country.”

Reed said he’s committed to the region, noting he returns most weekends from Washington.

“I hope I’ve demonstrated to the district that we’re here and we’re going to show up,” he said.

Like just about everyone running for office this year, jobs are the top issue for both candidates. It’s an even larger issue in the Southern Tier, which has lost thousands of manufacturing jobs in recent years.

Reed believes manufacturing can make a comeback in the United States.

“There’s a lot of people who think manufacturing is dead,” said Reed, who is co-chairman of the Manufacturing Caucus, a bipartisan group trying encourage manufacturing in the U.S. “I don’t subscribe to that.”

Reed pointed to bipartisan legislation with Congressman Joe Kennedy, D-Massachusetts, called the Revitalize American Manufacturing and Innovation Act. It created a network of regional manufacturing institutes across the country to support domestic production, drive innovation and expand workforce development in growing industries. The photonics institute in Rochester is part of that effort, Reed noted.

“The concept is sound and the investment is there, and we’re already seeing the results,” he said.

Plumb doesn’t think manufacturing is dead either, although he believes not enough is being done to help rural economies, which he said have a “different and unique set of challenges.”

The goal, said Plumb: Protect the jobs we have and attract new ones.

Bad trade deals, Plumb continued, have been a job killer in the Southern Tier. He opposes the Trans-Pacific Partnership, a trade deal involving nations in the Pacific Rim and the U.S. Reed said he opposes it as well, but Plumb claims his opponent has changed his stances on trade pacts.

Plumb is calling for a greater investment in renewable energy technologies to drive the economy.

Reed supports it as well, as part of a multi-pronged effort to become more energy efficient and drive the economy.

Plumb thinks it can do just that.

“Renewable energy is the wave right now,” said Plumb, who doesn’t think hydrofracking is an economic driver — although many in the Southern Tier have pushed for it.

Other issues important to Reed include a tax-code revision. His goal: “Make it simple. Make it fair. Make it competitive.”

His said his goal for tax revision covers both individuals and businesses.

As for other issues:

Gun control — Reed, a gun owner, said the New York Secure Ammunition and Firearms Enforcement Act of 2013, or SAFE Act, is an “example of overreach at the state level” and said he will oppose what he calls “many of the one-size-fits-all” proposals in Washington.

Plumb, also a gun owner, supports Second Amendment rights, too, but thinks it’s naive to think that common-sense gun legislation can’t be achieved. He notes that access to guns is particularly acute when it comes to suicides, including veterans. He also supports the effort to deny gun purchases for people on the government’s no-fly list, legislation many Republicans have refused to endorse.

Veterans — Plumb said access to VA medical and mental health care is lacking for those in rural areas and needs to be improved, as well as the need to speed up the process so that veterans get care in a timely manner. But he also has called for expanding economic opportunities for veterans in rural areas, including capital to start businesses.

Reed is pushing for greater healthcare choices for veterans, while seeking more transparency and quality of care with the VA.

Candidates at a glance

Hometown: Born in Jamestown. ... Raised in Randolph. ... Lives in Lakewood, all in Chautauqua County

Background: Fourth-generation western New Yorker who has spent the past two decades serving first as a submarine officer in the U.S. Navy and later as an official at the Pentagon focused on nuclear- and missile-defense policy. ... Worked on the National Security Council. ... Officer in U.S. Navy for 22 years, and continues to serve in the reserves as a U.S. Navy Captain.

Hometown: Born in Joliet, Ill., moved to Corning after father died when Reed was 2