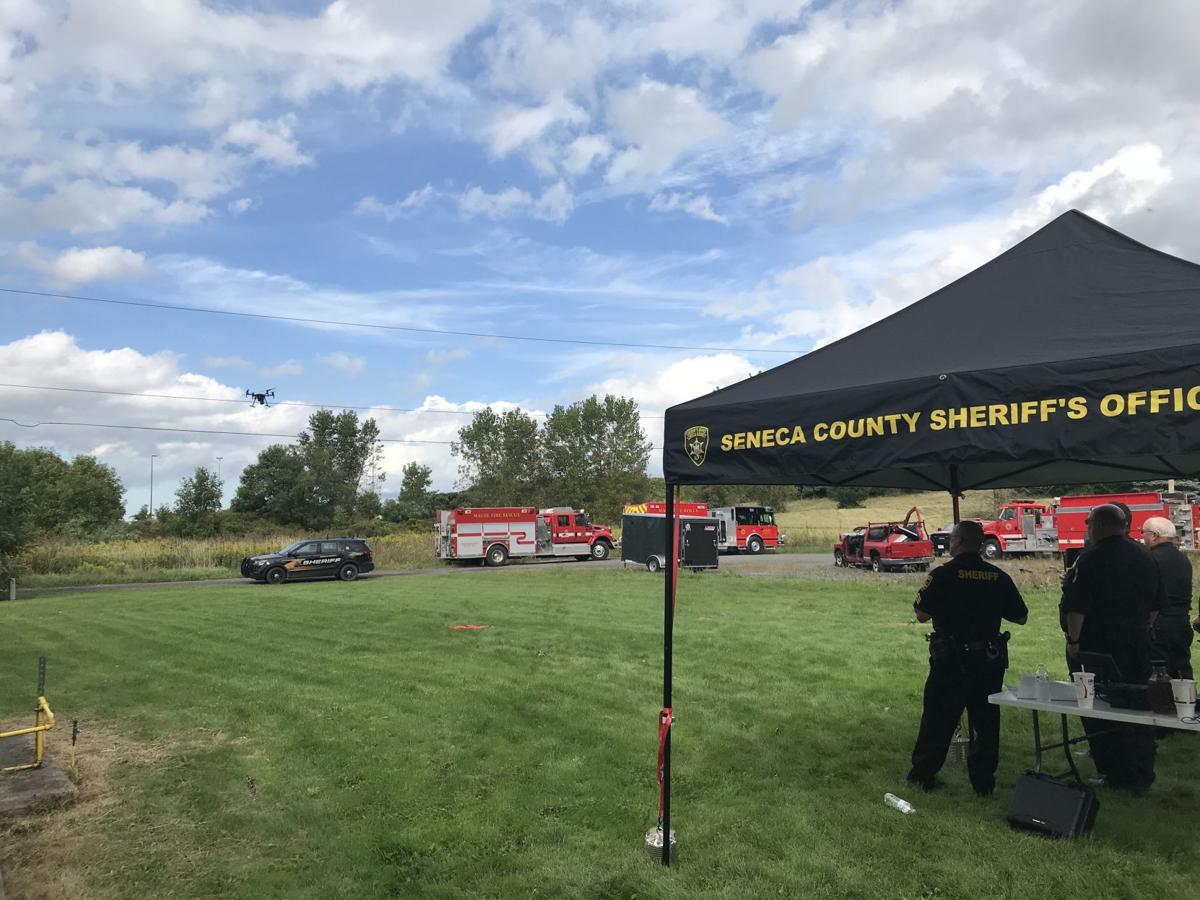 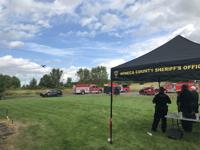 The Seneca County Sheriff’s Office set up a command center Saturday at the Magee Fire Department to fly a drone over del Lago Resort & Casino during the National Women’s Hall of Fame induction. 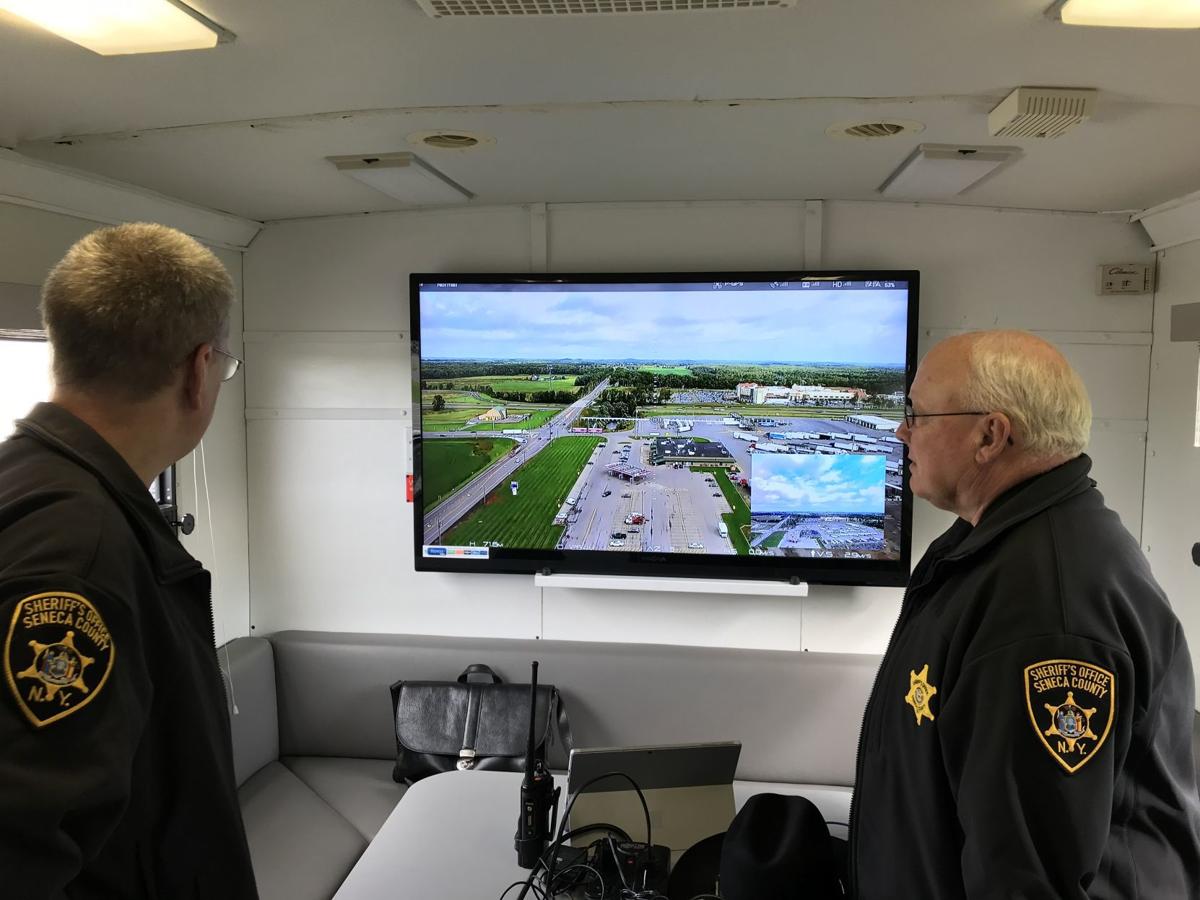 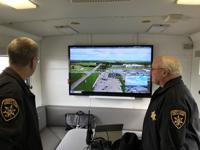 The Seneca County Sheriff’s Office set up a command center Saturday at the Magee Fire Department to fly a drone over del Lago Resort & Casino during the National Women’s Hall of Fame induction.

TYRE — Extra security was plenty visible during last weekend’s National Women’s Hall of Fame induction at del Lago Resort & Casino. Much of it was focused on Supreme Court Justice Sonia Sotomayor and actress Jane Fonda, the latter the subject of protests by Vietnam War veterans.

What people may not have noticed was the added security overhead — in the form of a Seneca County Sheriff’s Office drone.

“It provided great surveillance,” Undersheriff John Cleere said. “We were able to keep an eye on the protesters, as well as officers as they went about their duties.”

The sheriff’s office and state police brought uniformed and plainclothes officers at the induction. The drone team was based at the nearby Magee Fire Department, with the device’s video streamed live to a command post.

It’s one of three drones the sheriff’s office uses. They have helped get an aerial view of the flooding in the southern party of the county, provided overhead footage at accident scenes, and assisted in executing search warrants.

“The drone unit was Sheriff Luce’s brainchild, and it has turned into quite an asset,” Cleere said.

Aug. 11 — Deputies responded to an incident of domestic violence in Fayette, where a victim was strangled and hit. The suspect was arrested.

Aug. 14 — Another case involving domestic violence, this time in Waterloo, resulted in deputies arresting a suspect for arson. Police said the suspect doused another person’s property with gas and set it on fire.

Aug. 16 — The narcotics unit charged a suspect with selling hydrocodone in Seneca Falls.

Aug. 16 — An inmate at the county correctional facility was charged after allegedly throwing urine in a corrections officer’s face.

Aug. 18 — A suspect was charged with possession of cocaine after allegedly leaving young children unattended in a vehicle at del Lago.

Aug. 23 — An 81-year-old woman and 5-year-old boy reported missing were found about 12 hours later at Mays Point in Tyre. Both had drowned in the Clyde River.

The Division of Human Services Fraud Unit investigated 16 incidents and has recouped more than $133,000 to date.

On the corrections side, the average number of inmates at the jail was 56. Nearly $50,000 was generated from boarding out-of-county prisoners, bringing the yearly total to more than $334,000.

In the civil division, there were 28 summons/complaints/services and 22 income executions. Deputies assisted with two evictions.

Law enforcement agencies throughout the area are beginning to schedule forums to address police reform measures that must be adopted by April 1, 2021, in accordance with Gov. Cuomo’s executive order. Do you plan to attend one of those forums?