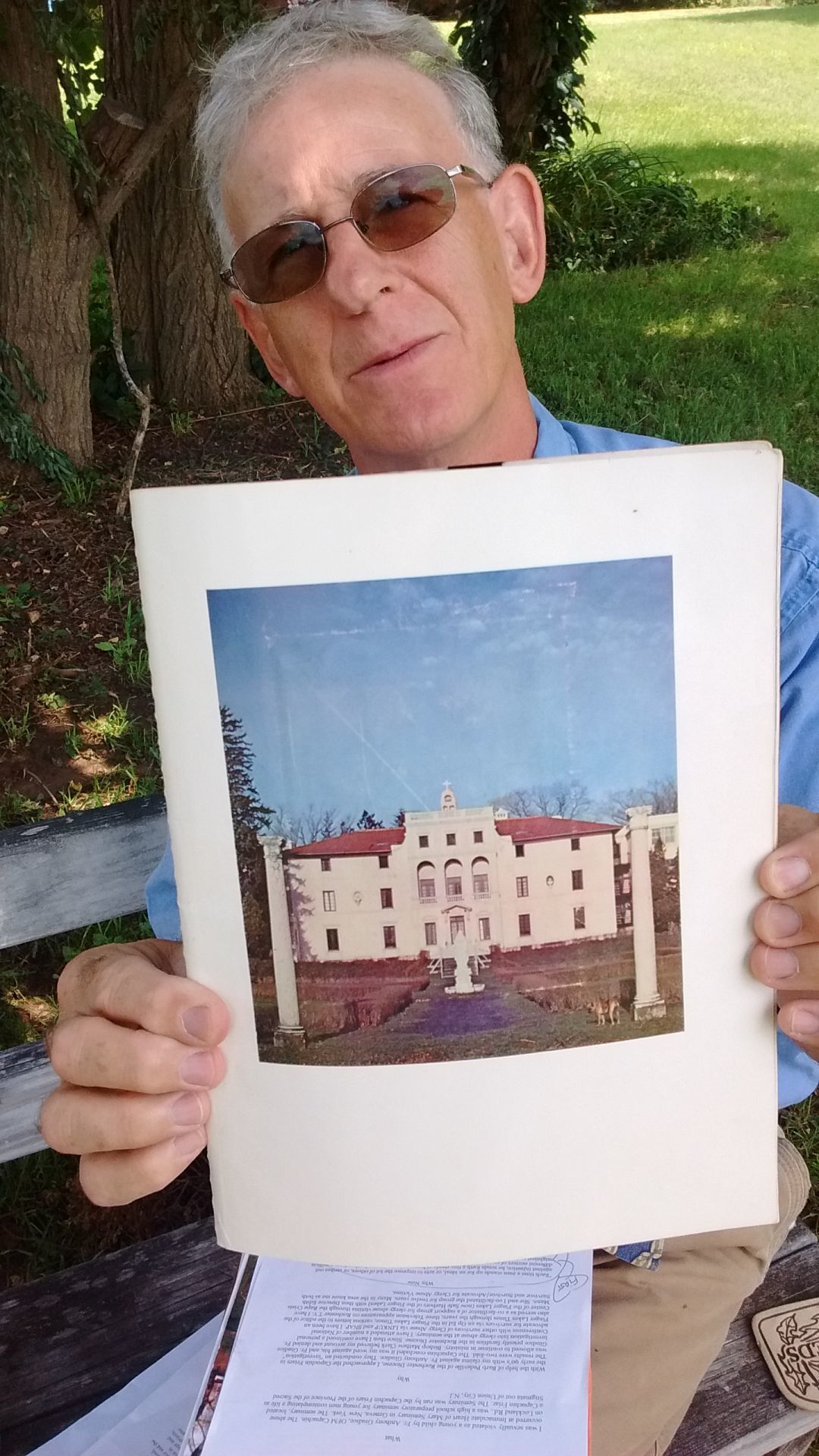 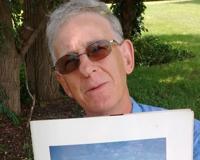 Peter Saracino holds an old photo of the former Immaculate Heart of Mary Seminary on Lochland Road in Geneva in 2018. He alleges a monk abused him there when he was a child. 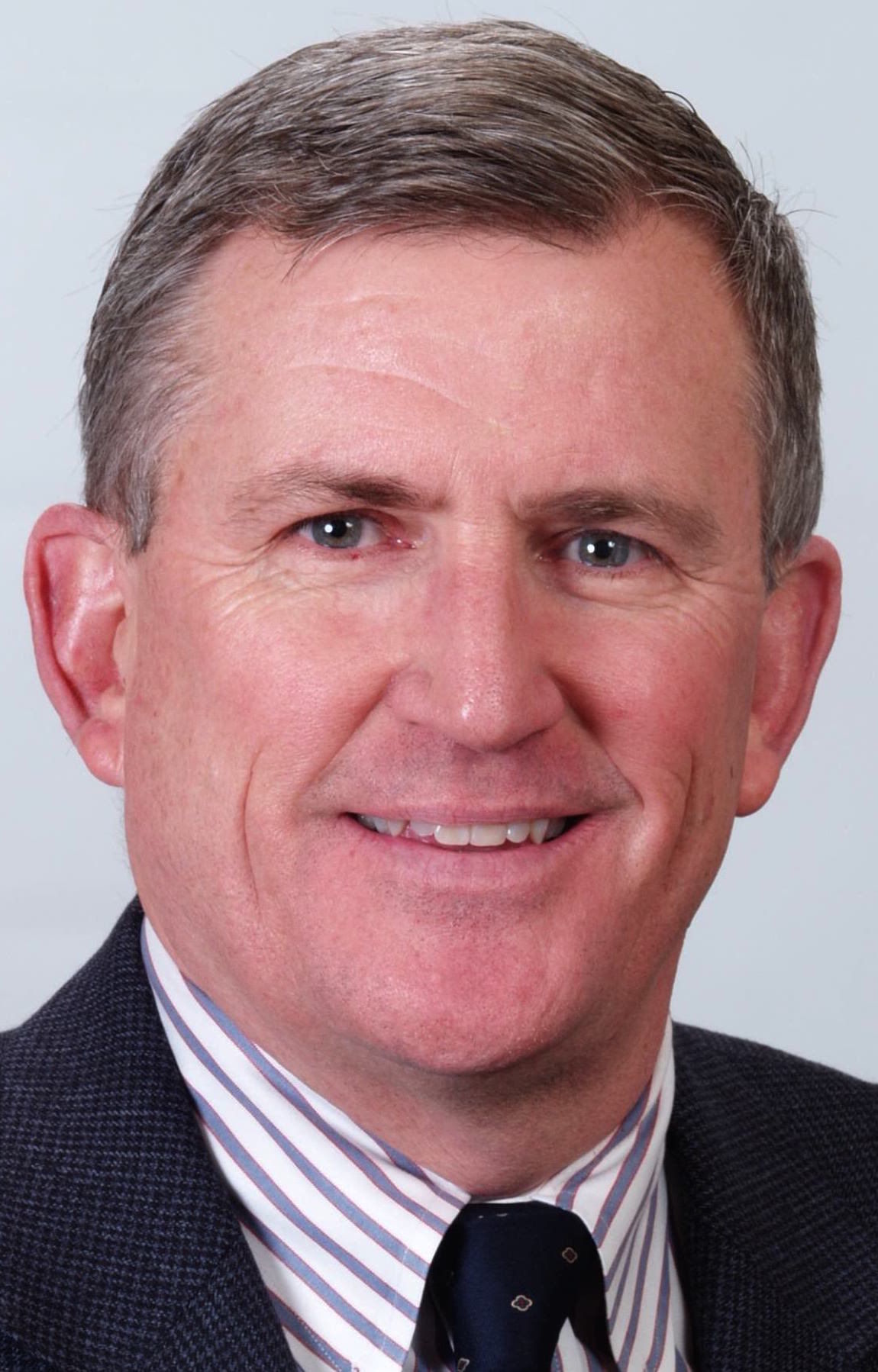 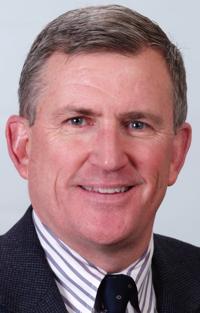 GENEVA — Immaculate Heart of Mary Seminary of Lochland Road was a place where young men considered life as a Capuchin friar.

But for Peter Saracino, it was a place where he said he lost his soul.

Saracino, a retired Marcus Whitman teacher who grew up in Seneca Falls and now lives in Phelps, claims a Capuchin priest abused him when he was 8 or 9 at the former Catholic seminary, which is now the upscale resort Geneva On the Lake.

Meeting with a small group of reporters this past week, Saracino named the alleged abuser for the first time, but the Finger Lakes Times is not divulging the name.

There has been no official acknowledgement by the order of the abuse.

The former Geneva seminary was run by the Capuchin Friars of the Province of the Sacred Stigmata of Union City, N.J.

Saracino, a vocal advocate for clergy abuse victims, said he approached the Capuchins about his allegations, and they concluded “it was my word against his,” and the priest was allowed to continue in the ministry.

He said former Rochester Diocese Bishop Mathew Clark believed him and would not allow the priest to serve the diocese.

Saracino and Robert Hoatson, co-founder and president of Road to Recovery, a charity that assists victims of sexual abuse and their families, believe the priest is still alive and somewhere in the New York-New Jersey area.

As for the reason he is now naming his alleged abuser, Saracino said he “reached a point in my healing journey where I am ready (and) able to speak my truth/story to the larger world and name both predator and location. The naming of each will facilitate further healing and help me reclaim my voice and life.”

He said he also wants “to send a message to others who may have been abused at the seminary that they are not alone; that there is help and hope and support and comfort should they desire to come forward and tell their stories and speak their truths.”

Saracino said many boys from the area spent time at the seminary, which opened in 1949. He was there on occasion as a young altar boy.

He doesn’t think he is the only one to be abused by the seminary’s monks.

“I am currently aware of two additional survivors of Immaculate Heart of Mary Seminary, and suspect there are many more victims,” he said.

Seracino said the alleged abuse at the hands of the monk was something he did not divulge to his parents, and he claimed the priest threatened him if he ever told anyone.

The abuse, said Saracino, has led to years of counseling, and along the way he nearly lost his faith. He said he is no longer a practicing Catholic, but remains a faithful Christian.

Saracino took aim at both the Capuchin Friars and the Diocese of Rochester, alleging they have not demonstrated transparency and accountability when it comes to clergy abuse.

Diocese spokesman Doug Mandelaro confirmed that Saracino’s alleged abuser “was a member of the OFM (Order of Friars Minor) Capuchins/Province of the Sacred Stigmata of St. Francis, which operated the former Immaculate Heart of Mary Seminary in Geneva. He was assigned to the seminary in the late 1950s and early 1960s. This seminary was not a Diocese of Rochester ministry.”

Seracino said that while much of the news on Catholic clergy abuse has focused in those serving in diocese capacities, the problem is far more widespread.

He said that “diocesan priests are not the only perpetrators of sexual violence against children. Priests from various religious orders … also sexually prey on children and vulnerable adults.”

The New Jersey office of the Capuchin Friars did not respond to a request for comment.

While he hopes his story will help others deal with their abuse at the hands of clergy, he and Hoatson are criticizing the church and Senate Republican leaders who they claim have stymied efforts to approve legislation that would extend the statute of limitations on child sexual abuse crimes to age 28 in criminal cases and to 50 in civil cases.

The current age limit is 23.

The legislation would also create a one-year window for older sexual abuse survivors to sue their accusers. It has passed in the Democrat-controlled Assembly many times by huge, bipartisan margins but has never made it to the floor of the Senate. Hoatson blames Senate Majority Leader John Flanagan and Deputy Majority Leader John DeFranciso, both Roman Catholics.

Hoatson, a former priest and educator from New Jersey, said the Catholic church has spent $5 million to defeat the bill.

He said the abuses by these priests “are violent criminal felonies” and should be pursued as such.

“This extraordinary provision would force institutions to defend alleged conduct decades ago about which they have no knowledge, and in which they had no role, potentially involving employees long retired, dead or infirm, based on information long lost, if it ever existed. To be clear, the sponsors’ intent is to allow claims from even the 1940s or 1950s to be resurrected.”

About Road to Recovery

Since its founding, Road to Recovery has assisted victims/survivors of sexual abuse. The organization said it meets victims and survivors wherever they are to assist in their recovery. Goals include providing direct and indirect services to victims of abuse; increasing public awareness of the issues connected with sexual abuse; advocating on behalf of abuse victims; and promoting healing of victims and their families. For more information, contact founder Robert Hoatson at roberthoatson@gmail.com or call (862) 368-2800. All information and correspondence is held in the strictest confidence, the organization said.