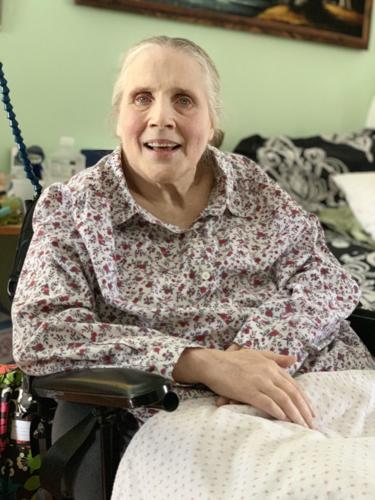 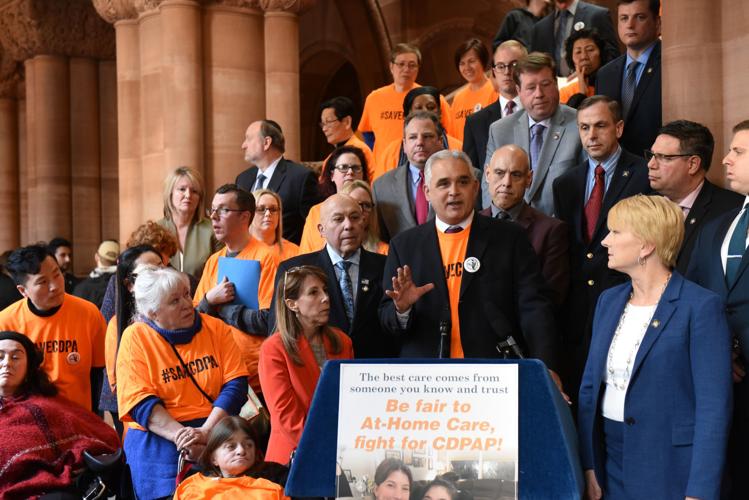 Bob Policastro, founder of Angela’s House on Long Island, speaks at a rally in Albany in February, where advocates assailed changes to the Consumer Directed Personal Assistance Program, which provides at-home assistance for people unable to care for themselves because of physical and/or mental disabilities. 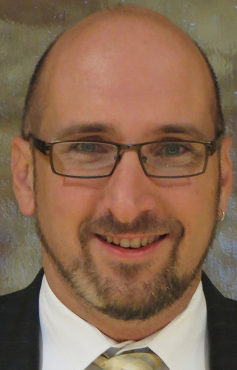 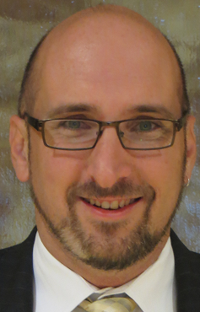 Bob Policastro, founder of Angela’s House on Long Island, speaks at a rally in Albany in February, where advocates assailed changes to the Consumer Directed Personal Assistance Program, which provides at-home assistance for people unable to care for themselves because of physical and/or mental disabilities.

Mary Talbo has lived with multiple sclerosis for 40 years, and over time, it has gotten progressively worse.

“I have no arms or legs that work anymore,” said Talbo, 65, who lives in Marion, Wayne County.

Because of this, Talbo needs assistance for virtually every daily living need — from bathing and toiletry to eating and brushing her teeth. Her late husband provided that care for many years until his own health failed, forcing her, temporarily, into the Wayne County Nursing Home.

Talbo now gets 24-hour home care through the Consumer Directed Personal Assistance Program — or CDPAP — a Medicaid-funded program that allows those with physical and/or mental disabilities to hire people to assist them with their daily living needs. The program has been expanded in New York to allow parents who have children with disabilities to be paid for providing daily living assistance.

Without 24-hour care, Talbo said she would be forced to leave her home on Sandhill Road and move into an assisted-living facility or nursing home.

That, said Stephanie Woodward, is not out of the question. She is the director of advocacy for the Center for Disability Rights, based in Rochester and with offices in Geneva and Canandaigua.

The reason: Proposed changes by the Cuomo administration to CDPAP that advocates say would have big impacts on the care for one of New York’s most vulnerable populations.

On Monday, people with disabilities, along with advocates, were at the State Capitol in Albany to protest the proposed changes that are part of Gov. Andrew Cuomo’s executive budget.

The changes include a provision that would limit the amount of money agencies, called fiscal intermediaries, can be reimbursed for administration, Woodward said.

Currently, fiscal intermediaries such as CDR can charge Medicaid up to 18 percent for administrative costs associated with each individual case. That administration includes everything associated with paying attendants — from checking time sheets to payroll services to ensuring those receiving services are abiding by program rules.

The Cuomo administration wants to eliminate the percentage charge to Medicaid and instead institute a standard $100 fee, regardless of how many hours a client has. The ultimate goal, say advocates, is a $75 million cut to the program.

But if the changes go through, people like Talbo — who has nine attendants — may not be able to stay in their homes anymore, said Woodword.

“Because Mary has 168 hours of service per week, she would be less desirable for FIs to serve, since the $100 per-member-per-month that the governor is proposing for administrative costs would not cover the costs that Mary’s services would require,” she said. “So yes, she would likely be impacted, as it would not be profitable to serve her. In fact, companies wouldn’t even break even.”

“If they took away my aides, I don’t know where I’d end up,” Talbo said. “I might end up in an institution again.”

“You’re going to tell me it’s more economical (than the CDPAP)?” she asked.

The agency said the administration also wants to limit the number of FIs to either independent living centers or organizations contracting with county departments of social services since 2012. Woodward said this would limit choices for consumers “big time.”

Independent living centers are defined as agencies that help people with a variety of disabilities live independently, as opposed to a group home or nursing home or some other type of assisted living environment.

Woodward said there are some “bad actors” in the FI business that have not spent Medicaid dollars wisely. She said the state has begun an authorization process designed to root out those agencies.

“We just do not understand the basics of this proposal or where it is coming from,” he said by email. “The budget proposal is rooted in fundamental misunderstandings of what the program is and how it is administered on a day-to-day basis. We share a mission to make sure that public dollars are being spent effectively and that there is appropriate oversight and transparency. Unfortunately, this proposal, in addition to causing irreparable harm to tens of thousands of disabled and seniors across the state, and putting over 100,000 people out of work, will lead to greater costs to the taxpayer because of the need for more expensive institutional services.”

CDR’s Woodward said agencies serving people with disabilities are not assuming it’s just part of the annual budget give-and-take where cuts and changes are floated and ultimately end up being modified or eliminated.

An advocate said on background that “we are hopeful that the Legislature will reject this cut in their one-house budget bills, and then we will work with them to convince the governor that there are ways to save money that are not as punitive to people with disabilities and seniors and which will actually realize the goal of saving money.”

Local legislators have joined the fight.

“You can’t force someone to get a specific type of medical treatment, so you shouldn’t be able to force someone to get a specific type of at-home care,” Brian Manktelow, R-130, said at the Monday rally. “They should have the option to interview, hire and fire caregivers just like any other employer. The population who uses these services the most are individuals with disabilities and seniors, who have a specific set of needs. Not every individual who can provide at-home care will work well with every individual who needs it, sometimes it isn’t a good fit. We shouldn’t be forcing people together. We should continue to allow them control over finding someone who works well with their situation. I will be fighting for funding to be restored to this program so people can continue to have a say in their at-home care.”

Assemblyman Brian Kolb, R-131 of Canandaigua, also lashed out at the cuts and program changes proposed, as did Assemblyman Phil Palmesano, R-132 of Corning, who represents Yates County.

“Any funding cut to CDPAP is alarming, irresponsible and represents an attack on the disabled community,” Kolb said Friday. “This is an industry, a workforce and a patient population that needs our help and we should do everything in our power to provide it. Instead, this governor and Albany Democrats have supported wage increases for incarcerated criminals and fast-food workers. Where is the help for our most vulnerable population? Year after year, patients and care providers are forced to come to Albany and beg for their fair share. It’s time to get the spending priorities in the proper order.”

The state Department of Health, which oversees CDPAP, denies the changes will affect those receiving services.

“The governor’s executive budget maintains the state’s full commitment to the Consumer Directed Personal Assistance Program,” the agency said in a statement. “The more than 70,000 self-directing consumers who employ their own aide, including in some cases family members and friends, will continue to receive services as they do today without any reduction in care, with no change in cost, and the program will continue to be available as it is today to new consumers.”

According to the state Department of Health Consumer Directed Personal Assistance Program provides services to chronically ill or physically disabled individuals who have a medical need for help with activities of daily living or skilled nursing services. Services can include any of the services provided by a personal care aide (home attendant), home health aide or nurse. Recipients have flexibility and freedom to choose their caregivers.

LEGAL NOTICE Notice of Formation of Heart of Gold Equines