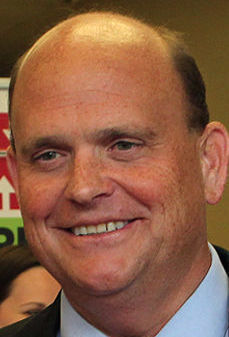 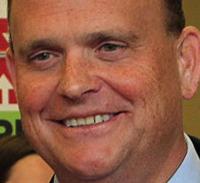 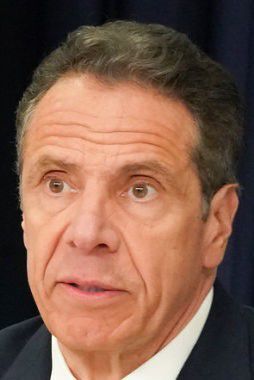 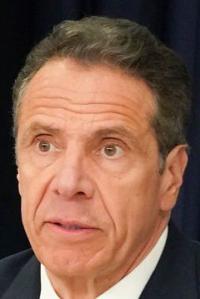 CORNING — Congressman Tom Reed, R-23 of Corning, continues to press for an investigation into the thousands of deaths at nursing homes across the nation, but in particular New York where he places the blame on Gov. Andrew Cuomo and the decision to place recovered COVID-19 patients back into nursing homes.

Last week, Reed held a virtual press conference with Republican Congressman Steve Scalise of Louisiana, where Reed again blamed Cuomo for New York’s approximately 6,300 nursing home deaths. He said those deaths fall squarely on Cuomo and the decision to move those recovered nursing home patients back to their residences.

“This is 6,300 of our parents and grandparents,” Reed said. “These are real people.”

He said Cuomo needs to admit placing recovering COVID-19 patients back into nursing homes was the wrong decision and that the state and nation must outline a plan to make sure it does not happen again.

“What I’m just asking is that the governor come clean and admit his mistake,” said Reed, a frequent critic of Cuomo.

In a recent letter to the Ways and Means Health Subcommittee, Reed called for a detailed investigation into New York and other states’ “deadly decisions.”

“As the committee charged with overseeing Medicare and our nation’s nursing homes, it is critical we investigate how this was allowed to happen, with particular focus on best practices moving forward … the Subcommittee should examine what went wrong in New York so that others might learn from these mistakes and prevent avoidable deaths as this COVID19 crisis continues.”

Cuomo and other governors were afraid that if recovered COVID-19 patients did not return to nursing homes, hospitals would be overrun with coronavirus patients.

Cuomo, the lieutenant governor said, recognized nursing home residents were a vulnerable population. He stopped visitation to nursing homes to prevent coronavirus from being brought in by a family member or friend of a resident. Later, the state ordered nursing home staff testing.

Hochul said the transfer order was for recovered COVID-19 patients to return to the nursing home they were in before being hospitalized.

“No nursing home should have been able to take patients without being able to care for them,” she said.

A senior advisor to Cuomo, Richard Azzopardi, was more blunt in his reply to Reed’s call for the nursing home probe.

In a statement to the Buffalo News, Azzopardi said Reed and Scalise, who he called “political hacks,” sent the same material on nursing home deaths to other states with Democratic governors.

Regarding the letter on nursing home deaths Reed sent to Cuomo, Azzopardi said, “These craven political hacks sent the same partisan document to several other states — all of which happen to have Democratic governors — apparently seeking some sort of election-year boost and to misdirect attention away from the (House) Oversight Committee’s investigation into the federal pandemic response.”

New York state law states nursing homes “shall accept and retain only those residents for whom it can provide adequate care,” he said.

The governor’s March 25 order to nursing homes required them to accept recovering COVID-19 patients if they were medically stable.

The Olean Times Herald contributed to this report.

Law enforcement agencies throughout the area are beginning to schedule forums to address police reform measures that must be adopted by April 1, 2021, in accordance with Gov. Cuomo’s executive order. Do you plan to attend one of those forums?