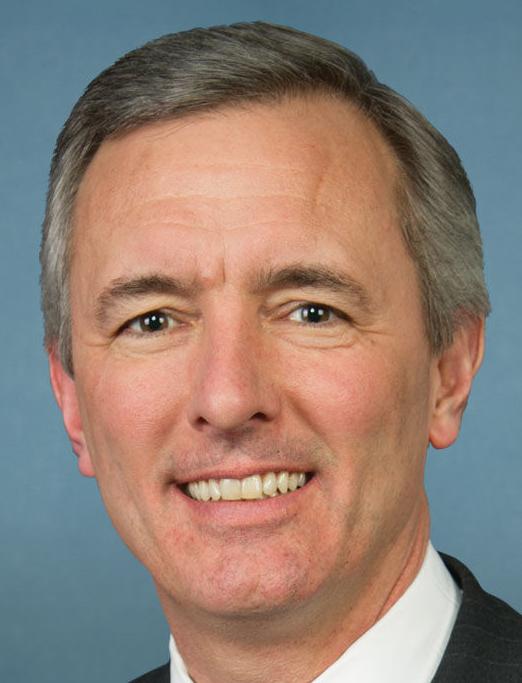 WASHINGTON — As expected, the region’s congressional representatives, Tom Reed and John Katko, voted against a vote in the House Wednesday to send two articles of impeachment against President Donald Trump to the Senate and approve House prosecutors for only the third impeachment trial in American history.

The near party-line vote moved Trump’s impeachment from Speaker Nancy Pelosi’s Democratic-run House to the Republican-majority Senate, where Trump expects quick acquittal, even as new evidence is raising fresh questions about his Ukraine dealings.

The vote was 228-193 in favor and comes at the start of a presidential election year and one month after the House impeached Trump alleging abuse of power over his pressure on Ukraine to investigate Democratic rival Joe Biden, using military aid to the country as leverage. Trump also was charged with obstructing Congress’ ensuing probe.

Reed, R-23 of Corning, whose district includes the eastern half of Ontario County as well as Seneca and Yates counties, did not issue a statement after the vote. Instead, spokesman Will Reinhert referred to Reed’s interview with CNN earlier in the day.

“I’m glad to see the impeachment moving to the Senate,” Reed said. “The sooner this gets addressed and closed, the sooner we can get back to the business of the American people.”

Katko spokesperson Erin Elliott said there also would be no statement coming from him in response to Wednesday’s vote.

Pelosi, addressing the House before the vote, said, “We are here today to cross a very important threshold in American history.”

Ahead of Wednesday’s session, House Intelligence Committee Chairman Adam Schiff released new records from Lev Parnas, an associate of Trump lawyer Rudy Giuliani, about the Ukraine strategy, including an exchange with another man about surveilling later-fired Ambassador Maria Yovanovitch.

The documents add new context to their charges that Trump pressured Ukraine to investigate Democrats as he withheld military aid.

They show Parnas communicating with Giuliani before Yovanovitch’s removal, and that he appeared to be pushing unfounded claims that Democrat Joe Biden and his son, Hunter Biden, were somehow engaged in corruption in Ukraine. The documents include a handwritten note that mentions asking Ukraine’s president to investigate “the Biden case.”

Reed said that information should have come up before now.

“If I had that ability, I would’ve done that in the House,” he said. “If you’re going to use the tool of impeachment, which is the nuclear option, you should’ve done this background work and foundational work in the House.”

Reed considers the attempt by the president to urge an investigation of the Bidens as proper.

“I see a legitimate power of the president at play,” he said.

Trump, during an event at the White House, rejected the charges as a “hoax.”

The president’s team expects acquittal with a Senate trial lasting no more than two weeks, according to senior administration officials unauthorized to discuss the matter and granted anonymity.

Trump opposes the calling of additional witnesses, and the officials said they expect the trial to conclude before Trump delivers his State of the Union address Feb. 4.

The top Republican in the House, Kevin McCarthy of California, said Americans will look back on this “sad saga” that tried to remove the president with the “weakest case.”

Later Wednesday, the House managers walked the articles across the Capitol to the Senate in a dramatic procession. The Senate trial is set to start Thursday.

The seven-member prosecution team will be led by the chairmen of the House impeachment proceedings, Schiff of Intelligence and Jerry Nadler of the Judiciary Committee, two of Pelosi’s top lieutenants.

It marks just the third presidential impeachment in the nation’s history.

Schiff said the new evidence should bring more pressure on Senate Majority Leader Mitch McConnell, who is reluctant to allow witnesses to testify.

“If McConnell makes this the first trial in history without witnesses, it will be exposed for what it is and that is an effort to cover up for the president,” Schiff said.

McConnell opened the Senate dismissing what he called a rushed impeachment that is more about the politics of Democrats who don’t like Trump than the charges against him.

“This isn’t really about Ukraine policy or military money,” McConnell said. “This has been naked partisanship all along.”

During Pelosi’s press conference announcing managers, Trump tweeted that impeachment was “another Con Job by the Do Nothing Democrats. All of this work was supposed to be done by the House, not the Senate!”

This story includes reporting from the Associated Press.