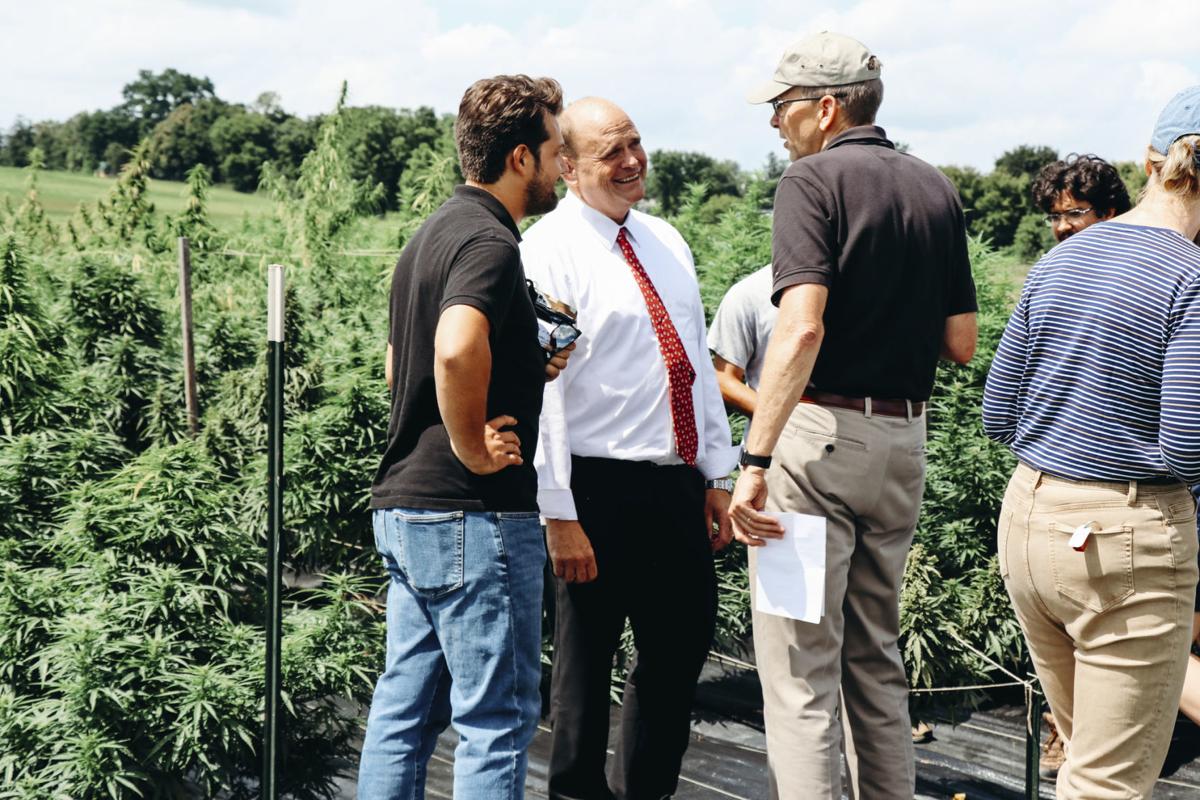 CORNING — Republican Congressman Tom Reed has never been shy when it comes to what he thinks of the job Democratic Gov. Andrew Cuomo is doing in Albany these days.

That’s why it’s not entirely surprising that the congressman from Corning is entertaining a run for governor.

“We have been approached by numerous individuals across the state about a candidacy for governor, and I appreciate that conversation and am not ruling it out, because what I see in Albany is one-party control that is pushing the state in a direction that is jeopardizing the future potential of New York as the Empire State,” Reed said in a conference call with reporters this week.

“If I can be part of the effort to take on that one-party control and govern in the spirit of Charlie Baker or Larry Hogan, the governors of Massachusetts and Maryland. … We’ll see how this unfolds, but we’re not ruling it out as of today,” he said.

By most accounts, Baker and Hogan are considered moderate Republicans.

Reed said Cuomo’s State of the State Message Wednesday in downtown Albany was troubling. He said he sees a “trickling down of his commitment to the more extreme ideology that has taken over Albany, rather than demonstrate what he did in the beginning of his tenure as governor to stand up to that extremism. I see him capitulating to that overtaking of the Democratic Party by the extreme hard left and one-party control.”

Reed, who represents the 23rd District, said the state has dire problems, including a $6 billion budget deficit that, if not addressed appropriately, would have long-term negative implications for New York.

If Reed — the longest-tenured Republican in the state’s congressional delegation after Peter King, who is retiring at the end of the year — were to run for governor, it could be an uphill battle.

In Cuomo’s third election in 2018, he received more votes than any candidate for governor in the state’s history. Meanwhile, no Republican has won a statewide office in almost two decades — the last was then-Gov. George Pataki winning a third term in 2002. The state has elected four Republican governors in the past 100 years, compared to eight Democrats.

In addition, following the 2018 loss of the state Senate to Democrats, eight Republican state senators — including Olean’s Catharine Young — resigned or announced they would leave the chamber at the end of their terms.

However, the election served as a wake-up call to the GOP, leading to overhauls in the state party structure.

Erie County Republican Chairman Nick Langworthy was named head of the state party and has moved aggressively to challenge Democrats across the state.

Langworthy said Thursday he thinks Reed could be an effective candidate.

“One thing is certain: We are going to make 2022 Andrew Cuomo’s last year as governor, and I suspect we’ll have a lot of attractive candidates stepping forward to consider running,” he said in a statement to the Finger Lakes Times. “Tom has established himself as a results-oriented problem-solver so it’s no surprise his effectiveness is catching people’s attention. He’s doing a great job as congressman, and he’s both a great friend and an important part of our NYGOP team. If he decides to pursue it in the future, we’d look forward to those conversations.”

Right now, said Reed, he is focused on this year’s congressional race, where Seneca County’s Casey McDonald plans to challenge him in the June 23 primary.

Democrat Tracy Mitrano, who Reed defeated in 2018, is hoping to challenge him again. However, Ithaca doctor Scott Noren has announced he is challenging Mitrano in the June 23 primary.

**STOP STRUGGLING ON THE STAIRS**