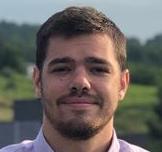 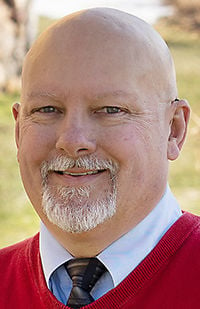 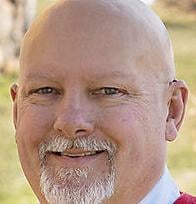 Miller, a Canandaigua resident, is running against Republican Jeff Gallahan of Manchester and Serve America Movement candidate Cindy Wade of Canandaigua for the 131st District seat being vacated by Republican Brian Kolb of Victor.

Fox filed the complaints Sept. 15 with state Attorney General Letitia James and the state Board of Elections in Albany. He claims Miller and his Miller for New York campaign committee publicly stated it has raised more than $20,000, yet has kept the identities of those alleged donors secret and not disclosed how he has spent that money, as is required by state election law. Such information is required of candidates through periodic campaign finance reports filed prior to and after the election.

“Since August 21, Mr. Miller has solicited donations for his Assembly campaign,” Fox wrote. “However, as of September 15, he has not filed a single campaign finance report, as required. Yet he has been actively soliciting donations and spent money on campaign materials, as evidenced by the lawn signs, bumper stickers and other paraphernalia his campaign has purchased.

“If you want to make laws, you should start by following them.”

He said people deserve to know who is funding Miller’s campaign.

“He supports using tax dollars to fund political campaigns so perhaps he should start by getting his own house in order before sticking taxpayers with his tab,” Fox said.

Miller said Friday there was a “glitch” with his assigned candidate identification number that the state Board of Elections knows about and is trying to resolve by providing him a new filing code.

“I have been aware of the discrepancy shown on the Board of Elections site,” Miller said, noting that he received a new identification number Friday and will file his report within days. “As soon as we discovered this, we worked alongside the (Board of Elections) IT department to rectify their mistake and our financial disclosure will be posted.”

“The state board is aware of this,” he reiterated. “I’m not hiding anything. This is a deflection. There is no mismanagement. It’s a technical problem that is being rectified. I thought it would be corrected by now, but it will.”

Fox said James responded to his filing by saying she referred the complaint to the state Board of Elections because her office does not handle election issues. He said he has not heard back from the elections board.

Gallahan is running on the Republican and Conservative party lines. He filed a 32-day pre-general election finance report Oct. 2. It shows an opening balance of $859.49, contributions of $2,700, miscellaneous receipts of $3,250, and the Gallahan loaning his committee, Friends of Jeff Gallahan, $20,000.

Wade is running on the Serve America Movement Party line. Her 32-day pre-general election report showed she loaned her committee, Cindy Wade for Assembly, $16,750, and she received a $500 contribution from Rocky Tarantello of Canandaigua. The report showed expenditures of $14.80 to PayPal.

The 131st District includes all of Ontario County, plus the Seneca County towns of Junius, Waterloo, Tyre, Seneca Falls, Fayette, and Varick.