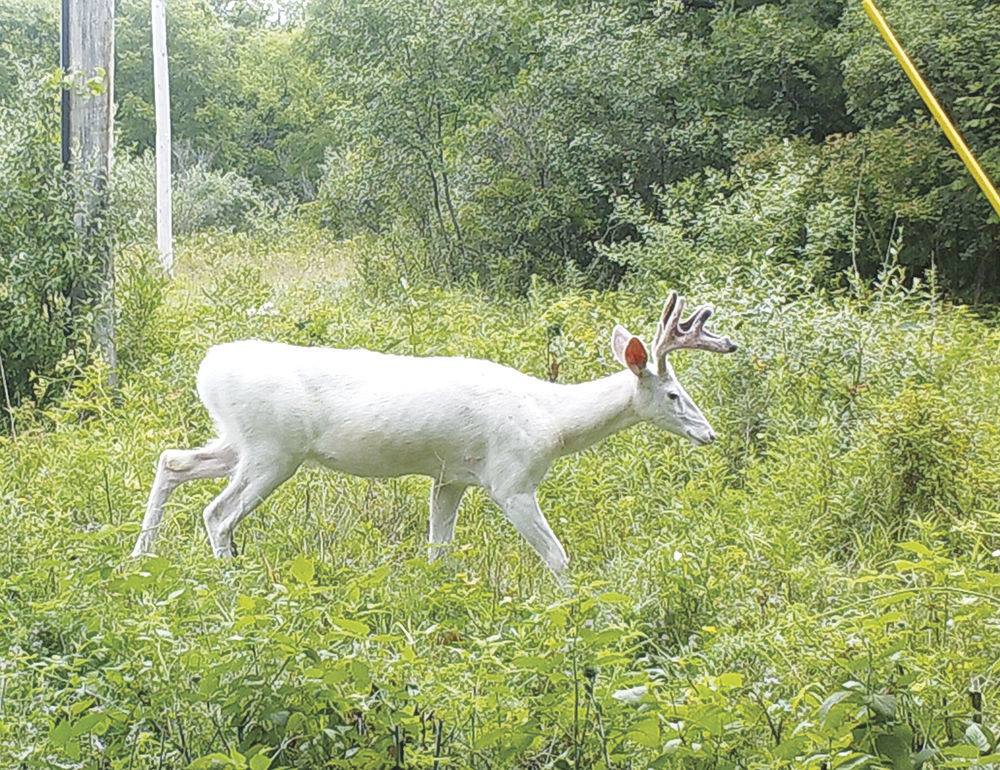 Seeing a white buck like this led John Ingles to embrace the cause of working for the Seneca white deer herd. 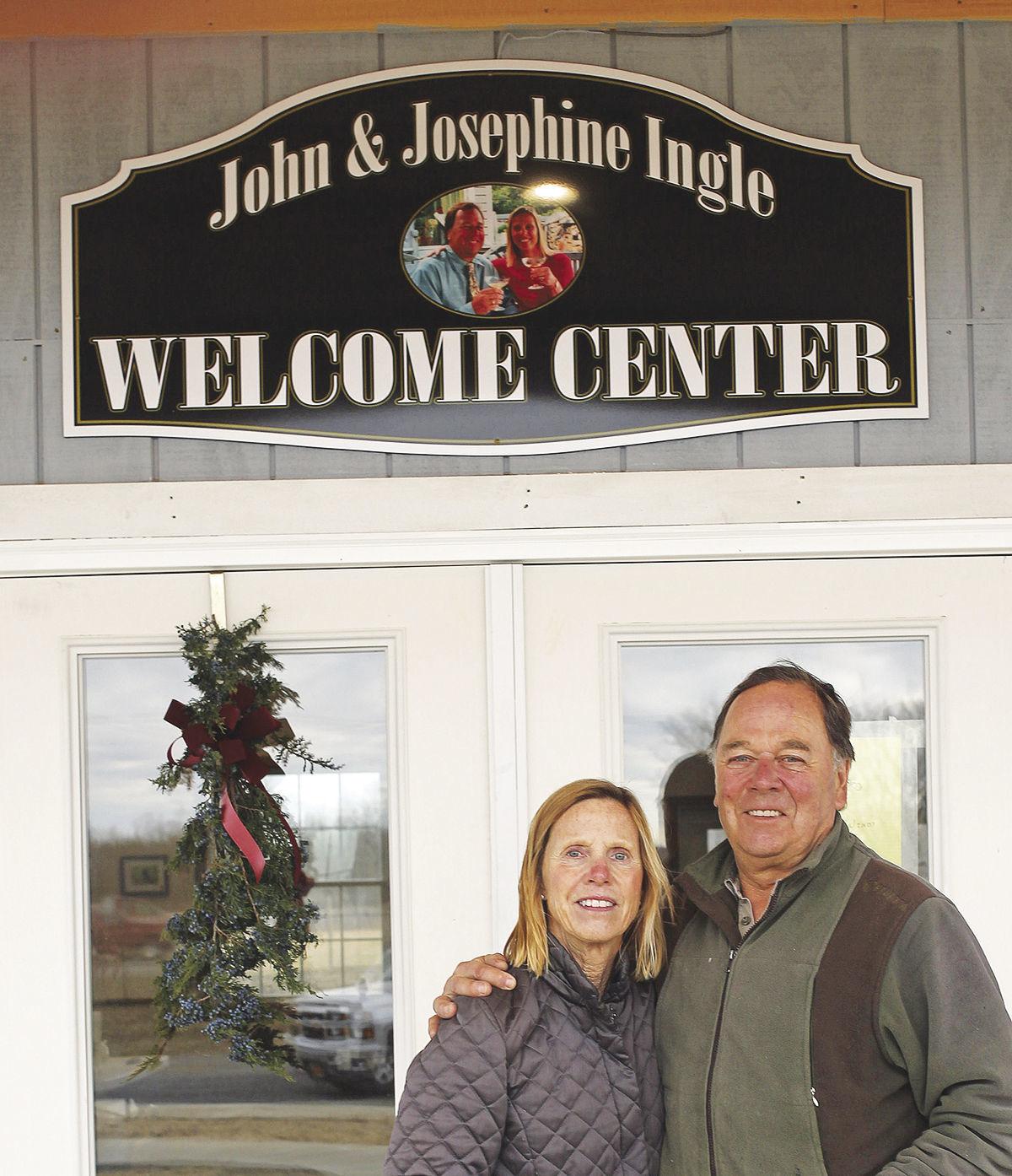 John and Josephine Ingle pose at the $200,000 Welcome Center at Deer Haven Park, which is named in their honor.

Seeing a white buck like this led John Ingles to embrace the cause of working for the Seneca white deer herd.

John and Josephine Ingle pose at the $200,000 Welcome Center at Deer Haven Park, which is named in their honor.

It’s rare, but occasionally there is that one magnificent moment in life that transcends all others. Saturating all levels of your consciousness, it indelibly freeze-frames a picture upon the mind’s eye, timelessly reverberating in the depths of the soul.

Entrepreneur and wine maker John Ingle experienced that moment many years ago while participating in a specialized tour of the former Seneca Army Depot facilitated by Seneca White Deer, Inc. (SWD).

“We were on the bus and it was moving, and all of a sudden a big, beautiful white buck came toward the side of the bus and when he got to us, he turned and ran parallel alongside us for about fifteen seconds!” John reminisces. “I was amazed and also humbled by the almost religious aspect in that it was surreal and beautiful and uplifting. I’ll never forget it.”

A few years later, in 2016, when met with the opportunity to join SWD President Dennis Money on a helicopter ride to conduct a census of the deer at the Depot, John jumped at the chance. At that time, three harsh winters had passed and the Depot land was still in a transitory stage of ownership, leaving the deer without proper nurturing and protection.

It was a devastating blow to both Dennis and John to see that the once 200 white deer herd had diminished to a mere 75.

“At that moment,” John relates, “I realized this was a do-or-die situation. The main focus needed to be on the deer and every able body needed to step up to save the herd while awaiting the sale of the land.”

That’s exactly what John and Josephine Ingle, owners of Heron Hill Winery on Keuka Lake did — they stepped up. A “Save the White Deer” wine and label were designated for sale with proceeds going to SWD to help preserve the herd, whatever that entailed. The Ingles also met dollar for dollar contributions made to SWD in an effort to increase funds, and therefore increase all ensuing possibilities.

“People contributed from all around the world,” John reveals with joy. This, a remarkable realization for the Rochester native who recalls his first encounters with the white deer from afar when in his teen years and en route to Ithaca College.

The John and Josephine Ingle Welcome Center at Deer Haven Park, requiring over $200,000 to build, would not have materialized without the enhanced support of its namesakes. The Ingles can now add this magnificent achievement to their repertoire, included of which is the celebration of over 40 successful years since the opening of Heron Hill Winery.

“The Welcome Center is a thrill and gratifying recognition for us,” John humbly notes. “We are proud of the whole (SWD) team. We are excited about the Ecotourism Park, and all the expectations and aspirations of SWD. We look forward to everyone, including the mobility challenged and wounded warriors to tour and to find their own thrilling and uplifting aspect. We wanted to ring that bell for all people to lift them up, inspire and fulfill them.”

An accomplished goal resonating from a magnificent moment in life, when images reverberated within the depths of an individual and resounded to encompass many. A Seneca white deer chance encounter, in this case a buck, sharing merely 15 seconds of its journey, and innocently and unknowingly continuing to touch lives forever.

Dee Calvasina is a freelance writer and monthly columnist who commends the conservation efforts of SWD at Deer Haven Park. Support of this not-for-profit cause with your tax deductible contribution is greatly needed and appreciated. Donate, or secure your tour tickets at www.Senecawhitedeer.com, on Facebook, or by calling (315) 759-8220.