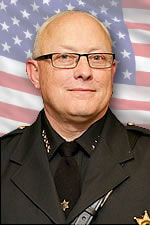 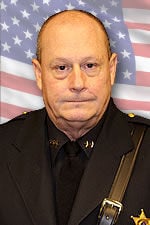 ROMULUS — It’s not official yet, but the Seneca County sheriff’s office appears to be on the way to earning accreditation status for five more years.

In their monthly “snapshot” for January, Sheriff Tim Luce and Undersheriff John Cleere said the accreditation audit began last November and finished up Jan. 29 with an onsite visit, where the assessor did unscheduled interviews of personnel.

“Each year there are compliance checks. This was the intensive five-year audit,” Cleere said.

Police agencies earn accreditation by meeting well over 100 standards set by the state Department of Criminal Justice Services that includes training of officers, general efficiency and other areas. Cleere added that during the exit interview, the assessor said she is recommending the sheriff’s office for re-accreditation.

“She had a lot of nice comments about the professionalism and the quality of work by personnel here. She stated that the written reports here were among the best she has ever seen,” he said. “She also remarked that the employees are obviously proud of what they do and are happy working here. That was good to hear. Our re-accreditation won’t be official until awarded from Albany, but in light of this assessment there should be no issues.”

Luce and Cleere also report the following for the month:

Jan. 7 and 13 — A town of Waterloo resident was arrested twice for allegedly violating the same court order of protection.

Jan. 8 — Sheriff’s investigators arrested a suspect in an alleged car theft in the town of Waterloo.

Jan. 11 — Sheriff’s investigators arrested a suspect in Romulus accused of sexually abusing a child on more than one occasion.

Jan. 12 — A person was charged with allegedly falsifying information on a pistol permit application.

Jan. 16 — Deputies responded to a serious injury logging accident in the town of Waterloo. The victim was flown from the scene to a hospital.

Jan. 31 — An alleged serious domestic violence incident in Tyre resulted in the arrest of a parolee. The suspect allegedly threatened another person with a gun.

The Division of Human Services Fraud Unit investigated 16 cases. It has recouped more than $963 this year.

On the corrections side, the average number of inmates at the jail was 37. More than $33,000 was generated from boarding out-of-county prisoners.

In the civil division, there were 25 summons/complaints/services and six income executions.

LEGAL NOTICE Notice of Formation of Fitness on Santelli &