Skip to main content
You are the owner of this article.
Edit Article Add New Article
You have permission to edit this article.
Edit
Home
News
Sports
Obits
Business
Living
Events
Opinion
Multimedia
Classifieds
Local Jobs
+ More
Share This
1 of 6 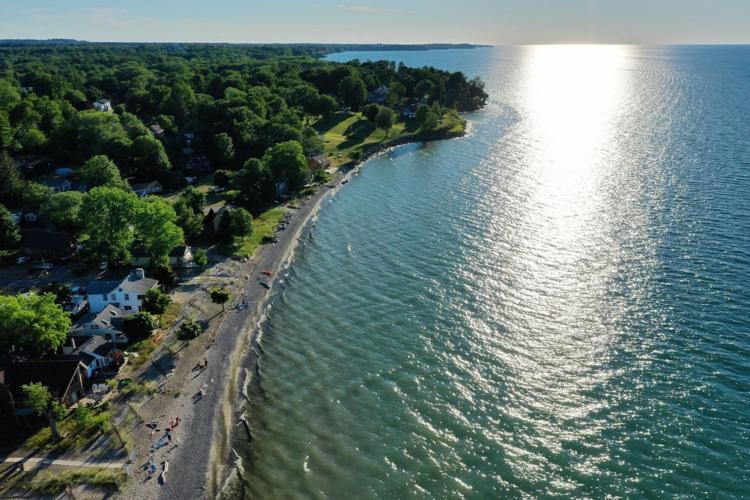 A look at the western portion of Sodus Point Beach following the beach restoration project. The central focus of the project was the construction of dunes designed to retain sand, widen the beach and hold back potential flood waters in the event of high Lake Ontario water levels. 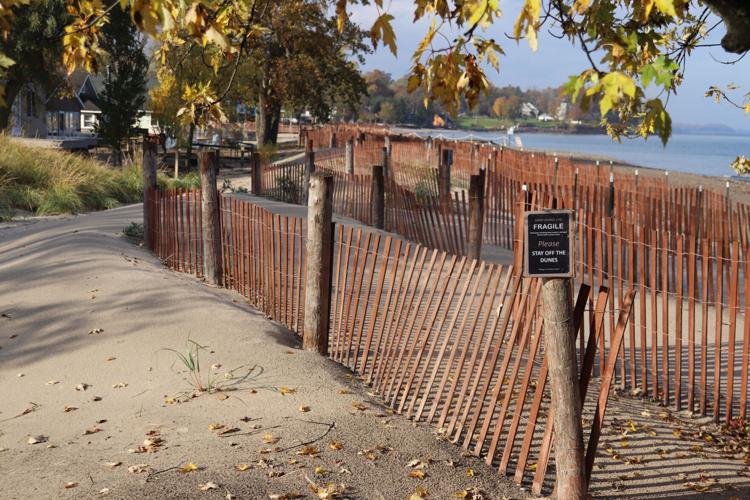 A look at the completed Sodus Point Beach restoration project from last fall. 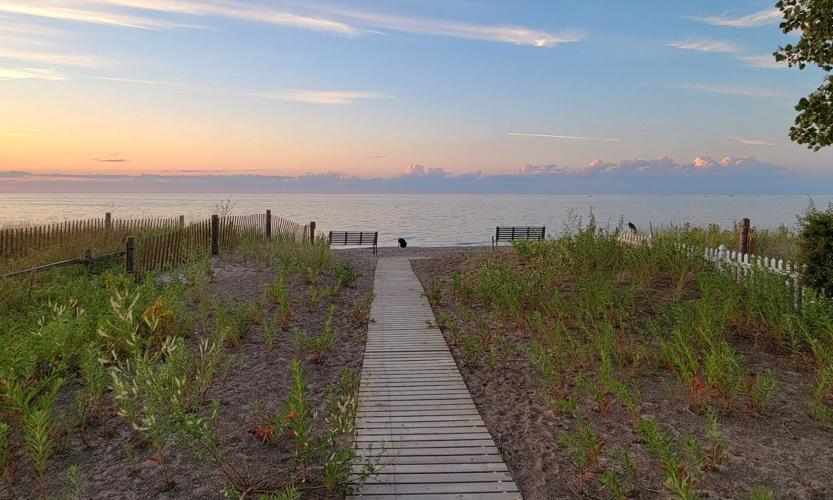 A cedar walk entrance to the shore from Sixth Street in Sodus Point. 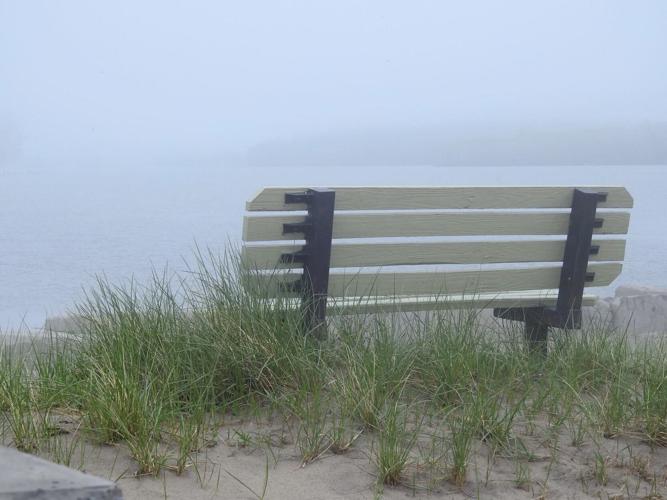 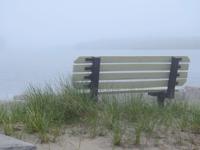 One of the bench’s installed by the village of Sodus Point as part of the Sodus Point beach-restoration project. 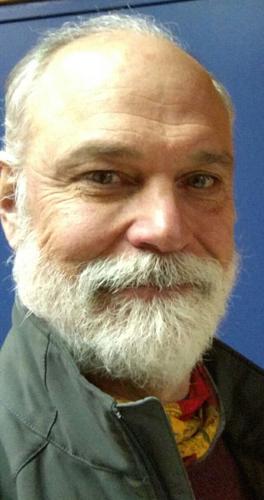 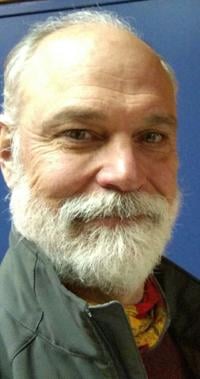 A look at the western portion of Sodus Point Beach following the beach restoration project. The central focus of the project was the construction of dunes designed to retain sand, widen the beach and hold back potential flood waters in the event of high Lake Ontario water levels.

A look at the completed Sodus Point Beach restoration project from last fall.

A cedar walk entrance to the shore from Sixth Street in Sodus Point.

One of the bench’s installed by the village of Sodus Point as part of the Sodus Point beach-restoration project.

SODUS POINT — The folks who live in this lakeside village know they’ve got it pretty good. They’re blessed with a scenic bay that on a summer day is filled with boaters and anglers, and they have a beach where thousands frolic each summer to cool off and relax in the sunshine.

But 2017 and ’19 were difficult years for the community, which depends largely on its summer residents and visitors to drive its economy. Those years saw Lake Ontario water levels reach historic highs. Those high waters, coupled with extensive wave action, battered the shoreline and flooded properties along the bay, causing millions of dollars in damage across the southern shore of Lake Ontario.

The flood waters also damaged Sodus Point Beach significantly. The mix of county and privately owned land saw its width and sand wash or blow away with high water levels and waves that came with them.

However, thanks to a dune-creation project funded under the Lake Ontario Resiliency and Economic Development Initiative — it was launched by former Gov. Andrew Cuomo in 2019 — the beach has made an impressive comeback.

The Sodus Point Beach restoration project is one of four to named Best Restored Beaches in the nation by the American Shore and Beach Preservation Association this past June — and the local project is in pretty heady company. The three others named: Ocean Isle Beach on the Outer Banks and North Carolina, Duxbury Beach on the Atlantic coast in Massachusetts, and Waikiki Beach in Hawaii.

“It is huge,” Mayor Dave McDowell said of the award. “Honestly, I’m stunned. I’m thrilled with what we’ve been able to do with the REDI money.”

The association writes in its award:

“Sodus Point Beach on Lake Ontario in the village of Sodus Point, New York is a man-made beach created by accretion of land after the construction of federal piers to stabilize the entrance to Great Sodus Bay in 1833. Over the years, the beach continued to receive natural sources of sand; however, sand was not retained on the beach but drifted against upland residences where it was removed as a nuisance. The project focused on measures to capture wind-blown sand to harness natural means to reach flood protection goals and widen the beach at a county-owned park. With a strong focus on community engagement and education and participation in the permitting of the project by the affected property owners, the village of Sodus Point successfully constructed the Sodus Point beach project to address the continual flattening of the beach while also providing access through the newly created dunes with volunteer-planted dune grasses.”

The dune project, as it is often referred to in Sodus Point, was given a REDI budget of $490,000, but only $250,000 was spent, with the village and county chipping in the required 5% local share through in-kind services that included trucking some of the many loads of medium-grade sand, installation of the fencing along the dunes, boardwalk entrances from the adjoining streets and more, McDowell said. The project also included a nearly all-volunteer effort to plant beach grasses that help the dunes retain and even collect wind-blown sand that each year filled the yards and driveways of beachfront homes, along with the beach parking lot.

“It hasn’t been tested for high water, but it has reduced the sand in the county parking lot,” McDowell noted.

“Sand no longer blows into the neighborhoods as a nuisance to homeowners,” added Laurie Hayden, a Sixth Street resident and member of a beach advisory council that was formed by the village in response to the beach flooding and erosion issues. “It now grows the dunes, captured by the fencing and the grasses.”

McDowell and Hayden lauded the work of project consultant Tom Hart, an environmental scientist with 40-plus years of experience in coastal management and planning, including the state Department of State’s Coastal Management Program for 20 years. Besides Sodus Point, Hart consulted on a recent beach-restoration project at North Sandy Pond in Oswego County.

Hart said he didn’t work alone. Along with village and county officials, he pointed to the beach advisory council.

And, Hayden noted the contributions of former village trustee Maxine Appleby, “who attended a living shore seminar and developed a proposal for beach restoration that became the basis for the dune project.”

Hart said the council served as a project sounding board and helped explain plans to residents, some of whom were skeptical of what it would mean for their beloved but damaged beach.

“(He) was the one who led the way,” she said. “He met with every homeowner to convince those who didn’t want to change the look and feel of the flat beach or lose their views, despite the danger of flooding, to understand the benefits of the dunes, the sand fences and the lake grass that now feel very normal and add protection to the homes along the lakefront.”

Hart, who lives in Lake Placid, came out of retirement to head the REDI projects in Sodus Point and Oswego County. He submitted the original concept plan to the REDI Commission, which ultimately approved it.

The project, which started in the spring of 2020, included a berm construction designed to address short-term flooding issues, followed by the dune work.

Hart said not all residents were sold on his vision.

“People feared what it would look like,” he said.

However, the initial berm project calmed fears for many, Hart noted.

The full dune and sand-fencing installation was completed in 2020, with volunteers planting the various beach grasses — “sand-loving plants,” described Hart — that autumn and into 2021. Hart said the dunes, grasses, boardwalks and other amenities have given the shoreline more character.

The dunes are designed to not only retain sand and build the beach back — Hart said this is happening significantly on the western end — but to hold off flood waters in the event high Lake Ontario water levels occur again. The general elevation of the dunes is about 253-254 feet above sea level, depending on the area, Hart said, or about 5-6 feet above the lake’s flood stage.

The 4-foot aqua tubes placed on the beach in 2019 to protect against flooding provided guidance for dune height.

“We mimicked that level of protection.” Hart said.

He hopes to join McDowell and others in Washington next year to accept the honor, which he said needs to be shared by both government officials and the many Sodus Point citizens who helped.

“There was a unique thing that was accomplished there,” he said. “This is something the community can really take pride in. I’m thankful that the mayor and Village Board entrusted me with this project.”

Hart said he made many friends along the way and came away impressed with the level of commitment Sodus Point’s inhabitants have for their lake and bayside community, which he said has amazing natural assets.

“Sodus Point is really a jewel on the lake,” he said. “It’s really quite a phenomenal place.”

Nearly three years into it, Hayden deems the project a success.

“The dune project is helping to restore the beach, providing protection in the event of flooding in our future,” she said. “It also uses a nature-based solution, rather than rock or concrete, which would have had a negative effect on the beach itself.”

Hart and Hayden also point to the walkways built out of cedar by local artisan David Brandt at the end of each of the numbered streets, which has improved handicapped accessibility.

“They placed baskets in holders that can be brought out to the beach and returned, and they delivered benches at the end of each street to face the lake so visitors can watch the sunsets or just relax by the lakeside,” she said. “It’s hard to imagine what would continue happening to this beach had it not been for this project.”

SODUS POINT — The Sodus Point & Lighthouse Splash, presented by LNB, will take place Aug. 6 with a host of events.

The celebration includes the 150th anniversary of the Sodus Bay Lighthouse and the recent recognition of Sodus Point Beach as one the country’s four best-preserved beaches for 2022.

The inaugural event focuses on Sodus Point’s waterfront, history, and businesses. The all-day event, from 11 a.m. to 7 p.m., features activities at three main locations within walking distance of one another: the beach, the lighthouse and a park. Shuttles will transport visitors to the event locations and through the Sodus Point business district, which includes six new businesses, two of which offer a variety of boat rentals.

“There truly is no place like Sodus Point anywhere along lake Ontario, from the spectacular views to the tourist experiences and business offerings,” said Jennifer Evans, village trustee and owner of Sodus Bay Outfitters. “Our resort village has been welcoming visitors for over a century and has kept the charm of yesteryear while providing all one needs for a modern-day relaxing yet fun-filled vacation.”

Sodus Point Splash activities include non-stop live music with bands at the beach and the gazebo, a sandcastle building contest, strolling costumed princess and superheroes, arts and food vendors plus Sodus Point restaurants and businesses, Underground Railroad storytelling along the lake at the lighthouse with costumed actors portraying Harriett Tubman and Sodus Point’s Captain Garlock, who will interpret the village’s rich history.

Event details can be accessed at SodusPoint.info/Splash.

Legal Notice SECOND SUPPLEMENTAL SUMMONS–SUPREME COURT OF THE STATE OF

LEGAL NOTICE STATE OF NEW YORK COUNTY COURT, ONTARIO COUNTY ************************ IN THE MATTER OF THE FORECLOSURE OF TAX LIENS BY PROCEEDING IN REM PURSUANT TO ARTICLE ELEVEN OF THE NYS REAL PROPERTY TAX LAW BY THE CITY OF GENEVA PETITION AND NOTICE OF FORECLOSURE INDEX NO.