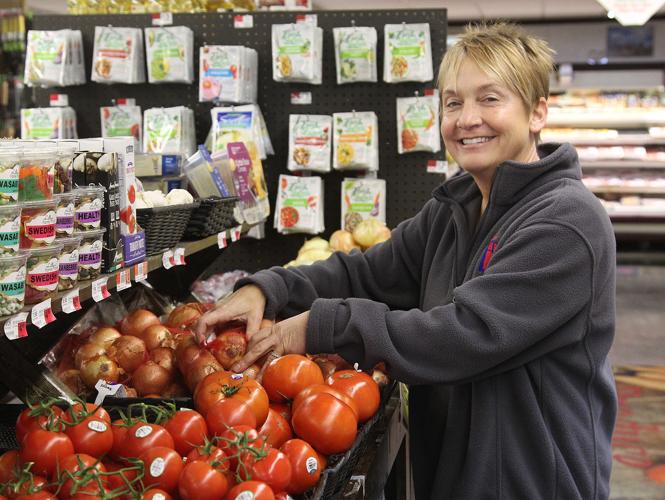 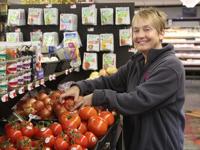 Sue Cirencione, owner of the Ovid Big M grocery store, said her business will lose in several ways when the Willard Drug Treatment Campus closes next year. The Big M, in the heart of downtown Ovid and a short drive from Willard, is the only full-service supermarket in the south end of Seneca County. 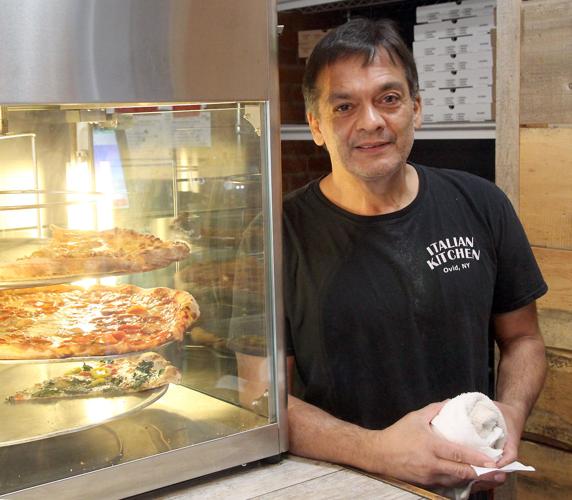 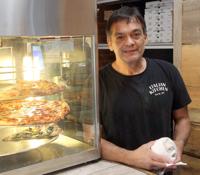 Felix Jordan manages Italian Kitchen in Ovid. The business owners, Ron and Connie Carmona, also own the Seneca Coffeehouse across the street.

Sue Cirencione, owner of the Ovid Big M grocery store, said her business will lose in several ways when the Willard Drug Treatment Campus closes next year. The Big M, in the heart of downtown Ovid and a short drive from Willard, is the only full-service supermarket in the south end of Seneca County.

Felix Jordan manages Italian Kitchen in Ovid. The business owners, Ron and Connie Carmona, also own the Seneca Coffeehouse across the street.

OVID — For many years, residents of the southern half of Seneca County could find good-paying jobs with benefits at places such as the Willard Psychiatric Center and Seneca Army Depot in Romulus.

Both employed hundreds of people from that part of the county and beyond, providing a degree of economic stability for the mostly rural, less populated area.

But then Willard Psychiatric Center, which was one of the state’s first treatment centers for the mentally ill when it opened in 1869, closed in 1995. That was followed by the 2000 closure of the Seneca Army Depot, which had opened in 1941 on roughly 10,600 acres in the towns of Romulus and Varick.

The efforts of former state Sen. Mike Nozzolio helped usher in Five Points Correctional Facility and then the Willard Drug Treatment Campus. The latter, a boot camp-type treatment center for those convicted of drug offenses as an alternative to imprisonment, opened on a 13-acre portion of the psychiatric center property in 1995.

Five Points, a maximum security facility, remains open. However, the state announced recently that the Willard Drug Treatment Campus, along with five other state prisons, would close in March 2022.

Willard employs 329. Its inmate population has dropped to 168, well below its capacity of 664. Its closure, combined with the lingering effects of the pandemic, are the latest economic blows to the south end.

Sue Cirencione, owner of the Ovid Big M, said her grocery store will lose in several ways. The Big M is in the heart of downtown and is the only full-service supermarket in the south end.

“A lot of my customers are people who work at the Willard facility,” she said. “They buy groceries here, and I do a lot of lunch and even dinner business with the workers, both pickup and delivery. It will definitely be a negative impact on me, as well as other businesses.

“The south end has been struggling since the psychiatric center and Depot closed, and then the pandemic hit. Nothing good will come from this latest closure.”

She said the state could have sold the psychiatric center properties not used by the drug treatment center, noting its proximity to Seneca Lake and value as a development site of some nature. She said the growth in addiction during the pandemic makes her wonder why the drug treatment center population was declining, suggesting it’s due largely to former Gov. Andrew Cuomo’s bail reform.

“Tourism promotion is good and getting better, but it can’t replace the jobs we’ve lost over the past 30-40 years,” Cirencione said, adding that if people move away for other jobs, she hopes they won’t leave behind vacant, abandoned homes.

She doesn’t believe tourism will help fill the gap much in the winter months.

“The decision makers didn’t consider local input,” Cirencione said with a sigh. “This will be a big hit on us. They put a lot of money into that place and are closing it with no plan for its future use.”

A few stores south of the Big M on Main Street is the Italian Kitchen, a seven-days-a-week restaurant owned by Ron and Connie Carmona; they also own the Seneca Coffeehouse across the street. The restaurant is managed by Felix Jordan.

“We will probably lose business when Willard closes, but we’ll have to wait and see how many leave the area,” Jordan said. “I’m thinking many of the corrections officers and administrative staff may not live here, but much of the support staff probably does.

“Restaurants are a tough business anyway, and to have a large number of people in a small community lose their jobs, there’s bound to be a negative impact,” added Jordan, who said Italian Kitchen does a good business.

“Their children attend schools here. They volunteer here. The are coaches for our sport teams,” Borst said. “They also support the local businesses, most of which are struggling to bounce back from the pandemic.”

Borst said the loss of employees, should they be forced to leave for another job, “will have a huge impact socially and economically” — although the state Department of Corrections and Community Supervision said no jobs will be lost because Willard employees will be able transfer to other jobs within the state system, including Five Points.

“There are also many questions regarding sewer and water,” Borst continued. “The impact on infrastructure is unknown right now. We hope some answers will be coming soon so we can start planning accordingly.”

The Willard Drug Treatment Campus is a major customer of the county Sewer District No. 1.

“I would add that the state did not and has not made any attempt to contact myself with regards to a water treatment plant that provides water to the hamlet of Willard in my town,” Hayes said. “The 90-day window is a totally unacceptable amount of time to plan what has to be done to supply fresh water. This is a public health and safety issue.”

Rylee’s Place is an 8-year-old restaurant in the hamlet of Willard, directly across the street from the drug treatment center. Co-owner Norman Martin said 25-50 Willard employees will call in or text orders for lunch each day for delivery. He said they only have a half-hour for lunch, so in-person dining is not feasible.

“I’d say about a quarter of our business is from Willard employees,” Martin said. “I’m obviously not happy abut the closing. It will have a negative impact on us for sure.

He said he hopes the state will do something with the buildings, many of which have historic significance.

“I hope they don’t just let it waste away,” he said.

The community has suffered from other closures too, including the only car dealership selling new vehicles in the south end, N.R. Boyce Ford in Ovid, as well as the Golden Buck Restaurant on County Road 139. The latter is for sale.

The South Seneca school district could see its student enrollment drop with the Willard closing. While many Willard employees don’t live in the school district, some do, and their children go to the schools in Interlaken and Ovid.

Superintendent of Schools Stephen Parker Zielinski said the district now has 650 students in grades K-12, with a 2021 graduating class of 50 seniors.

“We were surprised by the closing announcement,” Zielinski said, noting the district is the third-largest employer in the county’s south end. “We are trying to process the possible impacts once it happens in March. The question is what will happen with the people working there now and their families. Will they accept a transfer to other facilities, or will they stay and try to find something here? We just don’t know at this time what will happen,’’ he said.

If many choose to leave and take their children with them, enrollment likely will drop further after being fairly stable the past five years. That could mean fewer teachers and other school employees as class sizes shrink, plus a decline in the tax base as homes are put up for sale.

“There are some big decisions to be made by Willard employees,” Zielinski said. “What they decide will impact us.”

In one word, what was your reaction to the June 24 announcement that the Supreme Court had overturned Roe v. Wade, the landmark 1973 decision legalizing abortion?