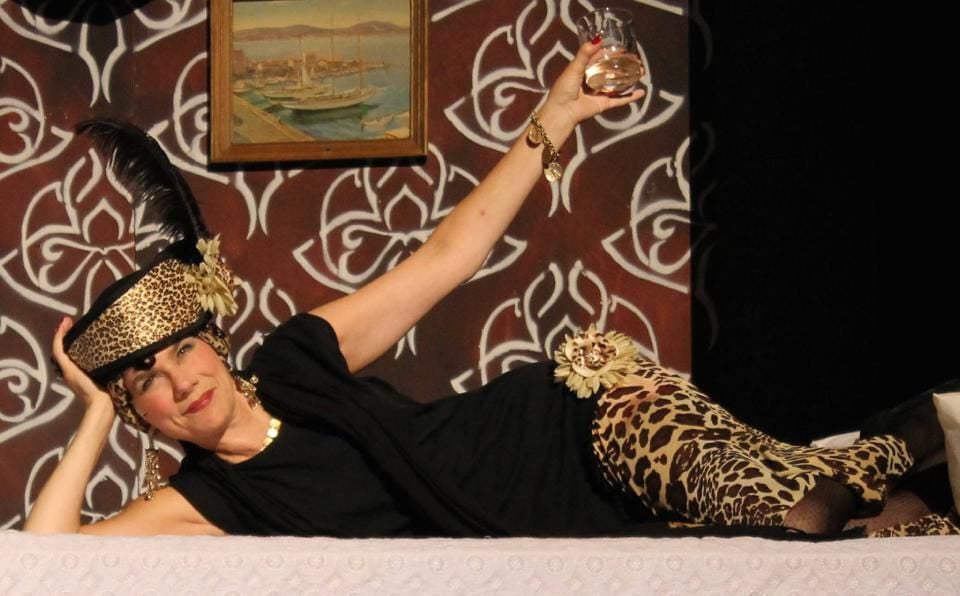 Larry Ann Evans as the chaperone in Geneva Theater Guild’s 2014 production of “The Drowsy Chaperone.” 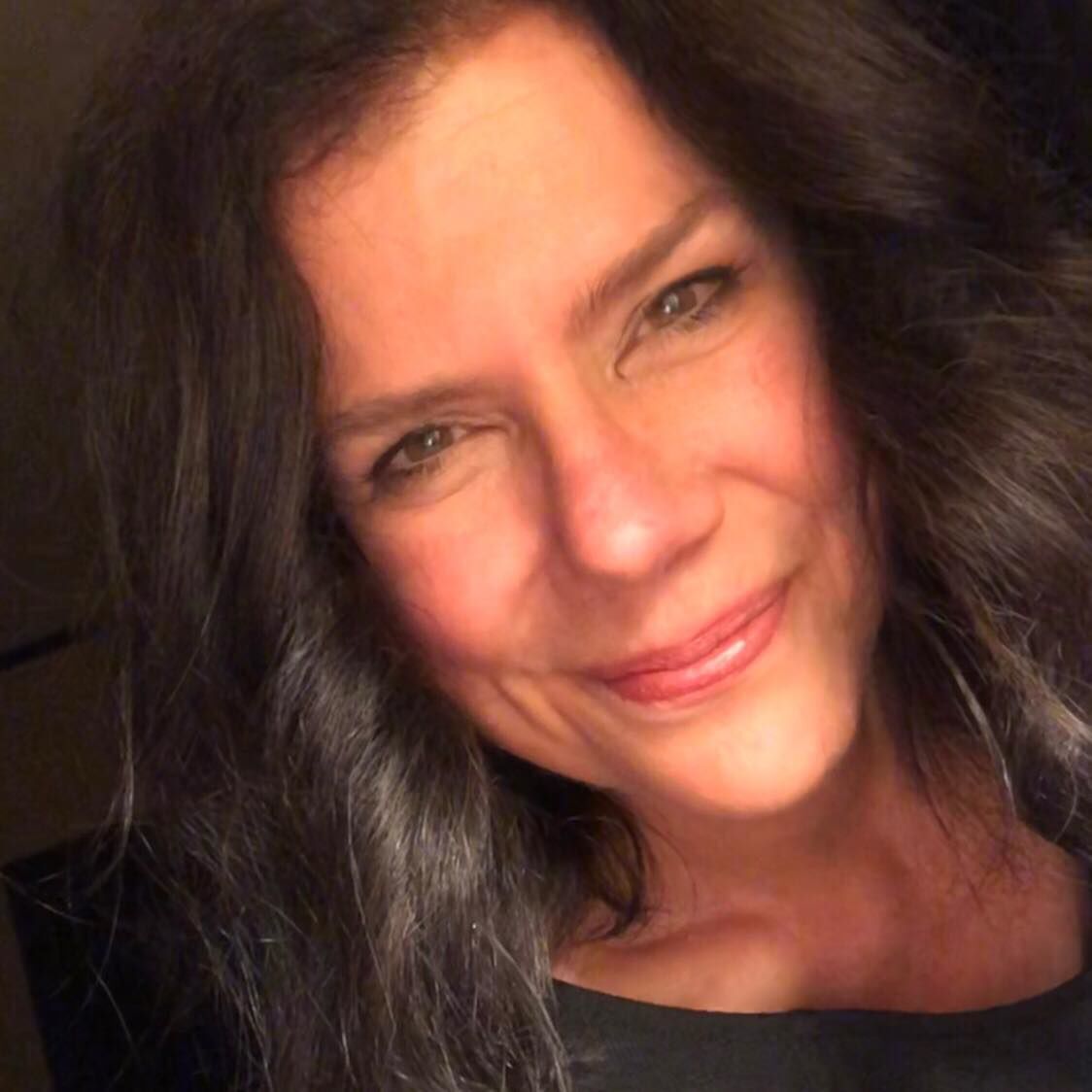 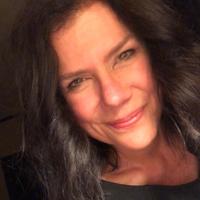 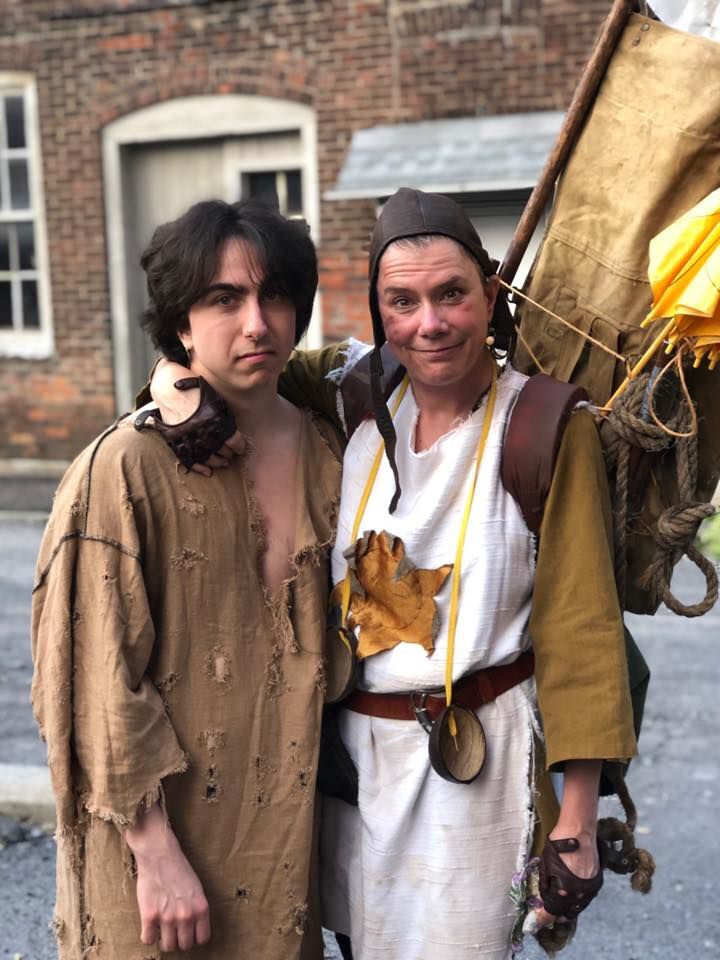 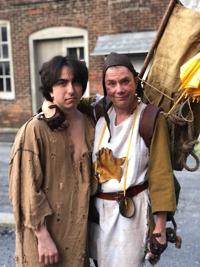 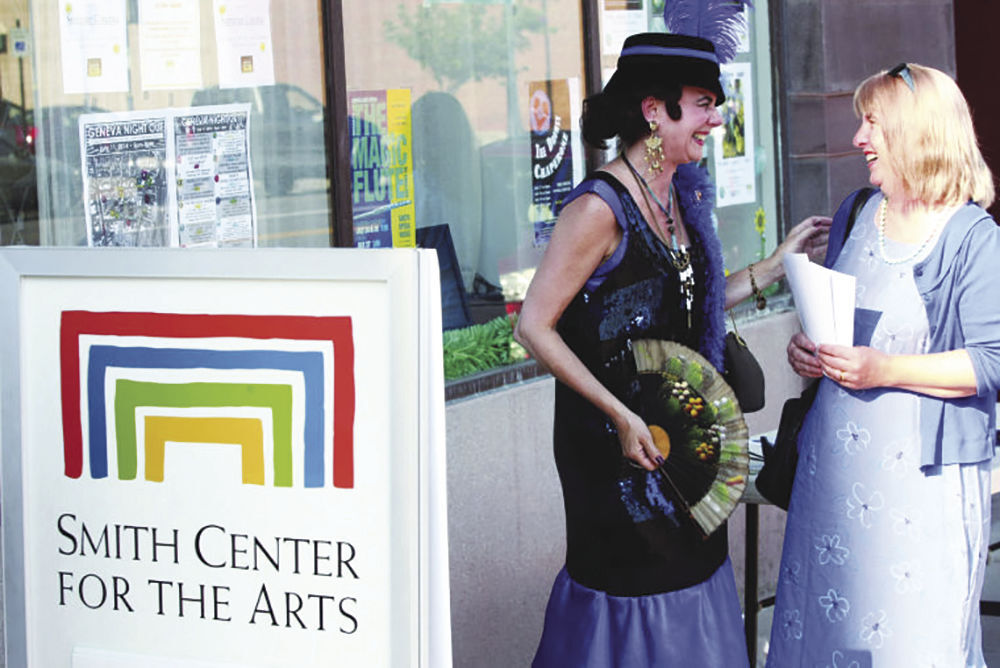 Larry Ann Evans, in costume to spread the word about an upcoming Geneva Theatre Guild production, speaks with a woman at the Smith Opera House during Geneva Night Out in 2014. 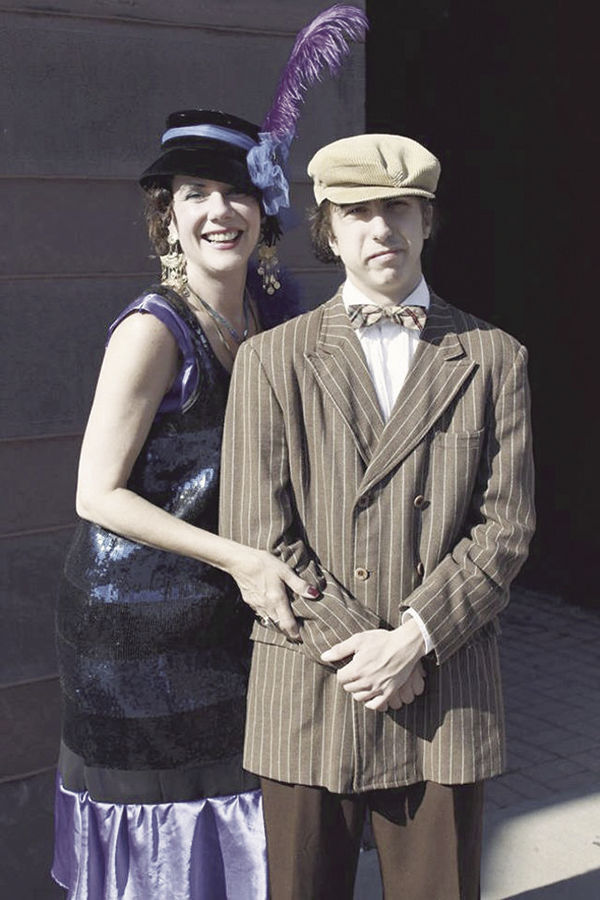 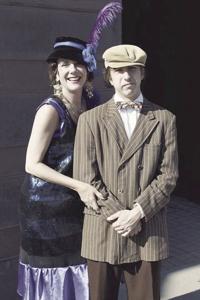 Larry Ann Evans poses with her son Alex Calvo in costume for a GTG production of “The Drowsy Chaperone.”

Larry Ann Evans as the chaperone in Geneva Theater Guild’s 2014 production of “The Drowsy Chaperone.”

Larry Ann Evans, in costume to spread the word about an upcoming Geneva Theatre Guild production, speaks with a woman at the Smith Opera House during Geneva Night Out in 2014.

Larry Ann Evans poses with her son Alex Calvo in costume for a GTG production of “The Drowsy Chaperone.”

LYONS — She was a dynamo on the stage and in the director’s chair, worked in films in Hollywood and abroad and found a way to make a county museum come alive.

However, it was something else that folks who knew Larry Ann Evans will always remember about her, said her son, Alex Calvo: Her laugh.

“You can pick my mother out of the crowd just because of her laugh,” he said. “It was that contagious and that unique.”

Evans died Friday, Dec. 18 after a nearly two-year battle with cancer. She was 60.

Those who knew her describe Evans as a gifted actor and director who could have worked Broadway, but returned to the region she called home to take care of ailing parents and raise her son. Evans offered her talents to high school and community theater productions, directing shows at Geneva and Lyons high schools. She was an integral part of the Geneva Theatre Guild as an actress, director, producer and governing board member.

She served as the guild’s president for many years and was its youth theater director up until her death. In some productions, she directed and acted, noted Steve Duprey, a Geneva Theatre Guild colleague and longtime friend.

She even served for a spell as a radio announcer at WACK in Newark.

But the stage was her passion.

“The theater community was her lifeblood,” said Duprey. “Everything she did in her life was theatrical.”

He said she directed and/or had major roles in countless GTG productions, including Frau Blücher in “Young Frankenstein” in 2017 and Patsy in 2019’s “Spamalot.”

It was in the spring of 2019 at a preliminary producers meeting for the Monty Python musical that Evans confided to him that she could not feel the left side of her face.

“I had to convince her to go to the doctor because she didn’t want to give up the role,” said Duprey, who directed the musical.

That eventually led to a diagnosis of cancer in the nerves of her face, Duprey said, adding that Evans continued to work as she could through treatments that included proton therapy in New Jersey.

Duprey said he’s worked with countless people in community theater, but they often go their separate ways when the show is over. Not with Evans.

“The thing I don’t like about theater is the intensity of a six-week rehearsal period where everybody is your best friend, and then the show ends and it’s over,” he said. “Larry Ann is the best example of something that turned into more than a theater friendship.”

“She was just this vibrant, vivacious person,” said Stearns. “She touched so many lives.”

To illustrate that sentiment, Stearns pointed to the myriad Facebook posts — from people who came to know her in theater in Ontario and Wayne counties to those connected to her work as executive director of the Museum of Wayne County History.

There, Evans used her theatrical talents to make the museum, the former county jail, come alive, while raising much-needed money in the process. They included period parties and fundraisers such as “Lock Up and Jail ’Em,” where local celebrities and others who had been “arrested” needed to raise money to get bailed out. The museum raised thousands with each event. Folks such as Wayne County Sheriff Barry Virts were more than happy to help out.

Her connection to the jail-turned-museum was personal. Her great-grandfather, Jerry Collins, was one of the county’s most famous lawmen, while her grandfather also was a sheriff’s deputy.

Her impact on the Geneva theater community is immeasurable, Stearns said.

“She always has been a guiding force on the board, holding us to high standards,” she said. “She knew everything there was to know about theater.”

Calvo’s girlfriend, Lauren Cook, said Evans was not afraid to take risks, noting that she went off on her own to California to study and work in the entertainment industry. The quest eventually took her to Spain, where she pursued a film career. Calvo said his mother didn’t know Spanish when she move there, but picked it up by watching American television shows that aired on Spanish TV with subtitles.

It was Spain where she met her former husband, Ignacio Calvo. Son Alex was born there, but Evans returned with her family to Lyons to take care of her aging parents before their deaths.

Calvo said his mother wanted him to experience the stability of small-town life in Lyons, where Evans went to school after a nomadic existence in her younger years. Her father, Larry, was a racehorse breeder and trainer, while her artist mother, Ann, painted the horses. She was named after them.

“She wanted me to be able to grow up in a small town,” said Calvo. “I thank her very much for that. When she had me, she put all her big dreams aside.”

Cook said she met Evans during the Geneva Theatre Guild production of “Spamalot” in 2019, for which she served as choreographer. That led to meeting Alex, who also was in the musical. She forged a tight bond with Evans.

“There’s some people in your life that just touch your soul,” said Cook. “She has this vivacious personality that can light up a room. ... She welcomed me with open arms.”

Cook noted that Evans continued to work through her illness, including a recently released book she penned with a half-sister she never knew she had in Germany. The two became fast friends and recently collaborated on a book, “Schwester/Sister Missed and Found.” It’s available on Amazon.

Evans got to see the hard copy before she passed, Cook said.

“That was such a wonderful milestone,” she said.

While Evans had a big impact on the Geneva theater community, her contributions to her home county are considerable as well through her youth theater work and at the county museum.

County Administrator Rick House, who attended Lyons High School with Evans and considered her a good friend, said the two worked together on museum funding, as the Wayne County Historical Society is a partner agency. He said Evans never asked for more than the minimum to keep the lights and heat on.

“She never came begging for more money than was needed,” said House, noting that she would host a visit for Wayne supervisors each year.

On a personal level, House could not say enough about Evans.

“She was a special talent, over-the-top talented,” he said. “She brought so much to this community, and she brought that museum to life.”

Bonnie Hays, director of Historic Palmyra, said Evans had the respect of historians throughout Wayne County.

“Larry Ann put her artist touch on everything she did,” she said, noting a time when the county’s museums worked jointly on a host of projects. “Larry Ann’s smile was contagious. We have lost a dear friend in our museum community.”

County museum coworker Linda Stevenson said Evans hired her to work at the museum just over a year ago, and she recalled that she told her, “I need somebody to be me.” Stevenson said she told her that “you better get well soon, because nobody can ever be you.”

Stearns said those who didn’t know Evans missed out on a special lady.

“They missed her vibrant spirit, her infectious laugh, her great love of people and of life,” she said. “She was always ready to try new adventures.”

And she loved her Spanish red wine.

“I have lots of wonderful memories of spending time with her on the porch drinking Spanish red wine,” said Duprey. “I think anybody who didn’t know her missed out on a person who was so vivacious. But there was a deeper side as well. I got to know that deeper side. I think she made everyone feel that they were important to her. She gave her attention and love in the moment.”

Added Stevenson, who penned a play with Evans: “She was like a bright, shining star, and those of us who fell into her orbit felt blessed beyond measure. That was how she made everyone feel.”

Stevenson said she subscribes to two online devotionals, and provided this one to describe Evans:

A celebration of Evans’ life will be held at a later date.

LEGAL NOTICE Arcadia Community Solar LLCArticles of Organization of this