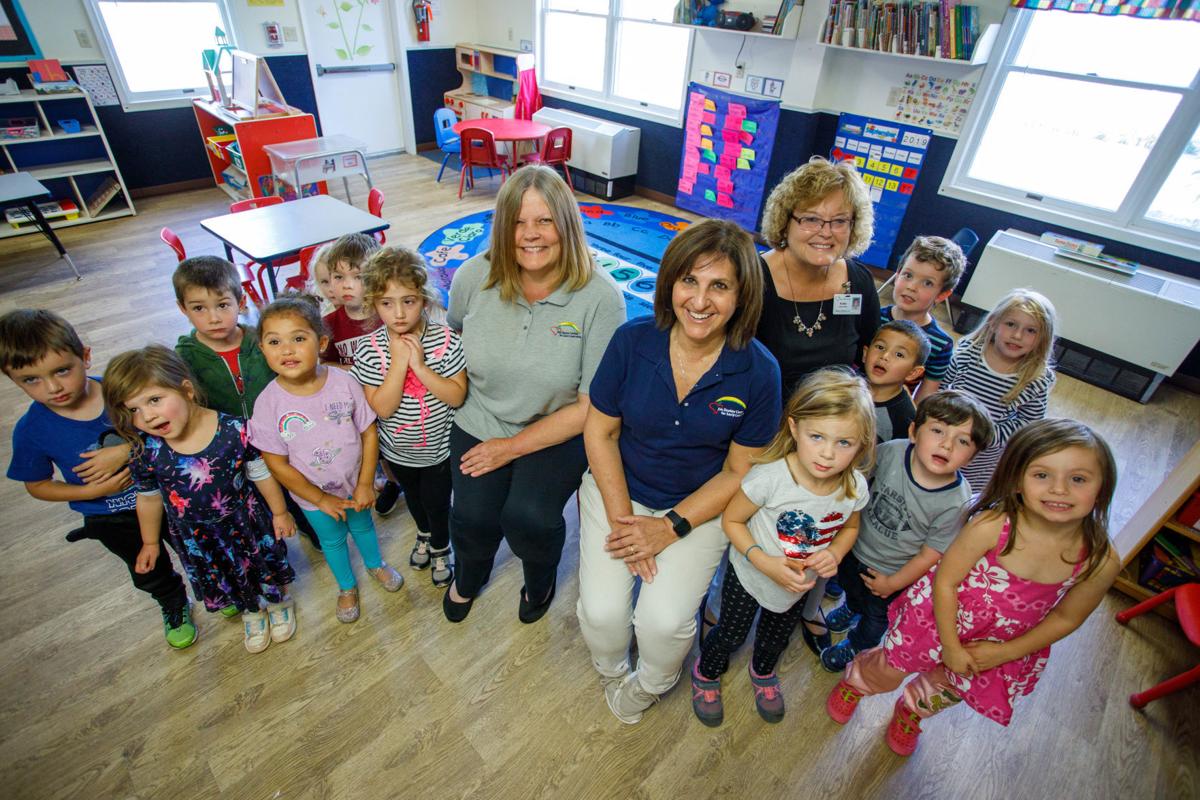 Brenda Ruthven, Liz Bailey and Kathy Ryrko (from left) are seen with some of the children at the Jim Dooley Center for Early Learning. They all started at the center when it opened in 1989. 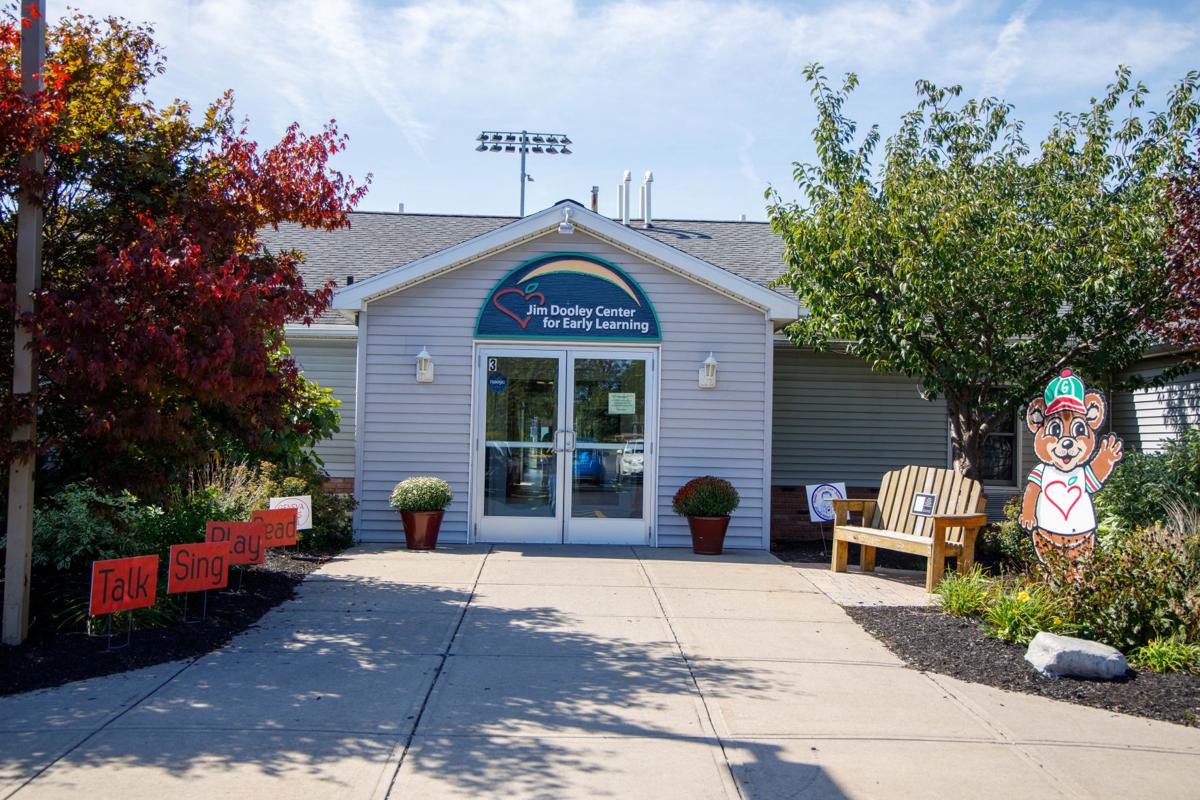 Brenda Ruthven, Liz Bailey and Kathy Ryrko (from left) are seen with some of the children at the Jim Dooley Center for Early Learning. They all started at the center when it opened in 1989.

GENEVA — Kathy Ryrko, Liz Bailey and Brenda Ruthven have no trouble remembering September 1989, when the Geneva General Child Care Center got off to a rather inauspicious start.

“This building was behind schedule,” Ryrko said. “We were in the hospital basement conference room for a short time, and then moved in here about two weeks later.”

To say things improved over time would be an understatement. And as Ryrko, Bailey, Ruthven and their co-workers celebrate the 30th anniversary of what is now the Jim Dooley Center for Early Learning, they are hoping to see many of the children — and now adults — they cared for over three decades.

“We had children here who later became parents and now bring their children here, and we have always valued that trust,” Ryrko said. “We have very good families here.”

Ryrko, Bailey and Ruthven have been there from the start.

Ryrko, who was director of a childcare center in Seneca Falls for 12 years before that, has been director at the Dooley Center for all 30 years.

“We have had a full house from day one and it has never stopped,” she said, noting the center was renamed for the late Jim Dooley — former president of Geneva General Hospital and Finger Lakes Health — several years ago. “It was Jim’s idea for an on-site child care center for health system employees.”

A task force was formed in 1988, and the center started about a year later. The original building was prefabricated and brought in by trucks.

“We watched the pieces come down the road on trucks,” Bailey said. “I was working in a sewing factory before, but a lot of my friends were on the task force and asked if I would be interested in working at the child care center. They all knew this was what I wanted to do.”

“I had just applied for a job at Kathy’s day care in Seneca Falls,” Ruthven recalled. “She said, ‘You may want to wait a while.’ “

An expansion of the center, doubling its size, was completed in the early 1990s. Capacity is about 140 children, including those who go to the center after school, and there are about 90 preschool children (including infants) there on most days.

A quick walk through the center confirms it’s a busy place. People also will notice class photos of all the children who have been at the center.

The center cares for children from eight weeks to 12 years old. Although it was established primarily to care for the children of Geneva General and Finger Lakes Health employees, it has always been open to the community; about 40 percent of the children are from parents with no hospital affiliation.

Although Ryrko, Bailey and Ruthven are the only original employees left, Ryrko noted that several others have been there 25 years or more.

“Our average span is 15 years, even with younger people coming in,” she said. “This is where the foundation comes in. Families like the consistency, and we’ve had a number of kids here that later went on to become employees.”

That list includes Bailey’s daughter MacKenzie, now a teacher at West Street School. Ruthven’s daughter and grandson also were cared for at the center.

While the center is open Monday through Friday, Ruthven often hears from parents and children on weekends.

“We have families who text us birthday photos and other things,” she said.

“We often get invited to birthday parties and family gatherings. They are like a huge extended family and have become part of our life,” Ryrko said. “Little did we know how the years would fly by and we would care for two generations. It’s gratifying to think that my teammates, Liz and Brenda, have known every baby who ever attended our center. I hope we have been great ambassadors for the health system.”

The Jim Dooley Center for Early Learning will mark its 30th anniversary with a fall barn dance and family festival from 3 to 6 p.m. Saturday in front of the center, which is behind Geneva General Hospital.

The event will feature a chicken barbecue, live music by Lakeside Sounds, pony rides, pumpkin patch, cake booth, autumn refreshments and birthday greetings to the center's mascot, Cubby Bear. Current and former families, friends and the community at large are all invited.

Presale tickets for the chicken barbecue, at $10 each, can be purchased at the Dooley Center. The price on the day of the event is $12 while supply lasts.

People who want to order tickets can call (315) 787-4190. Proceeds from event will go toward a new playground at the center.