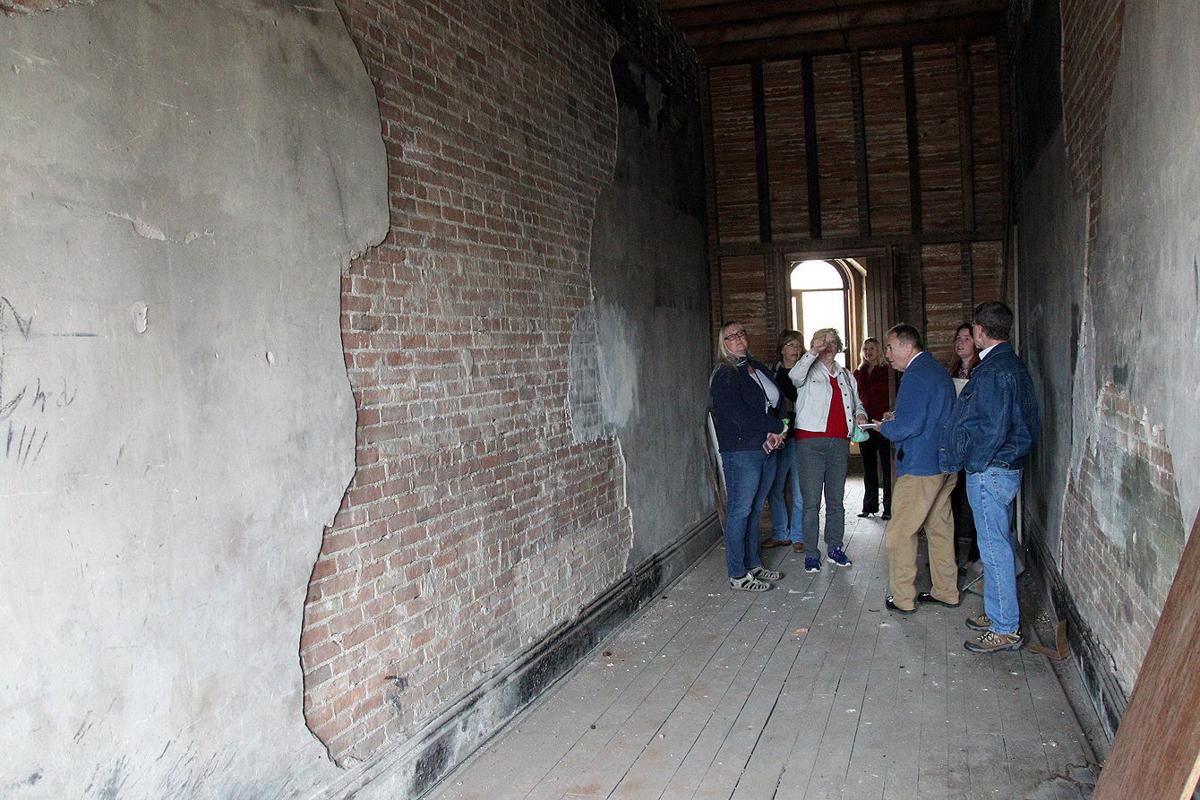 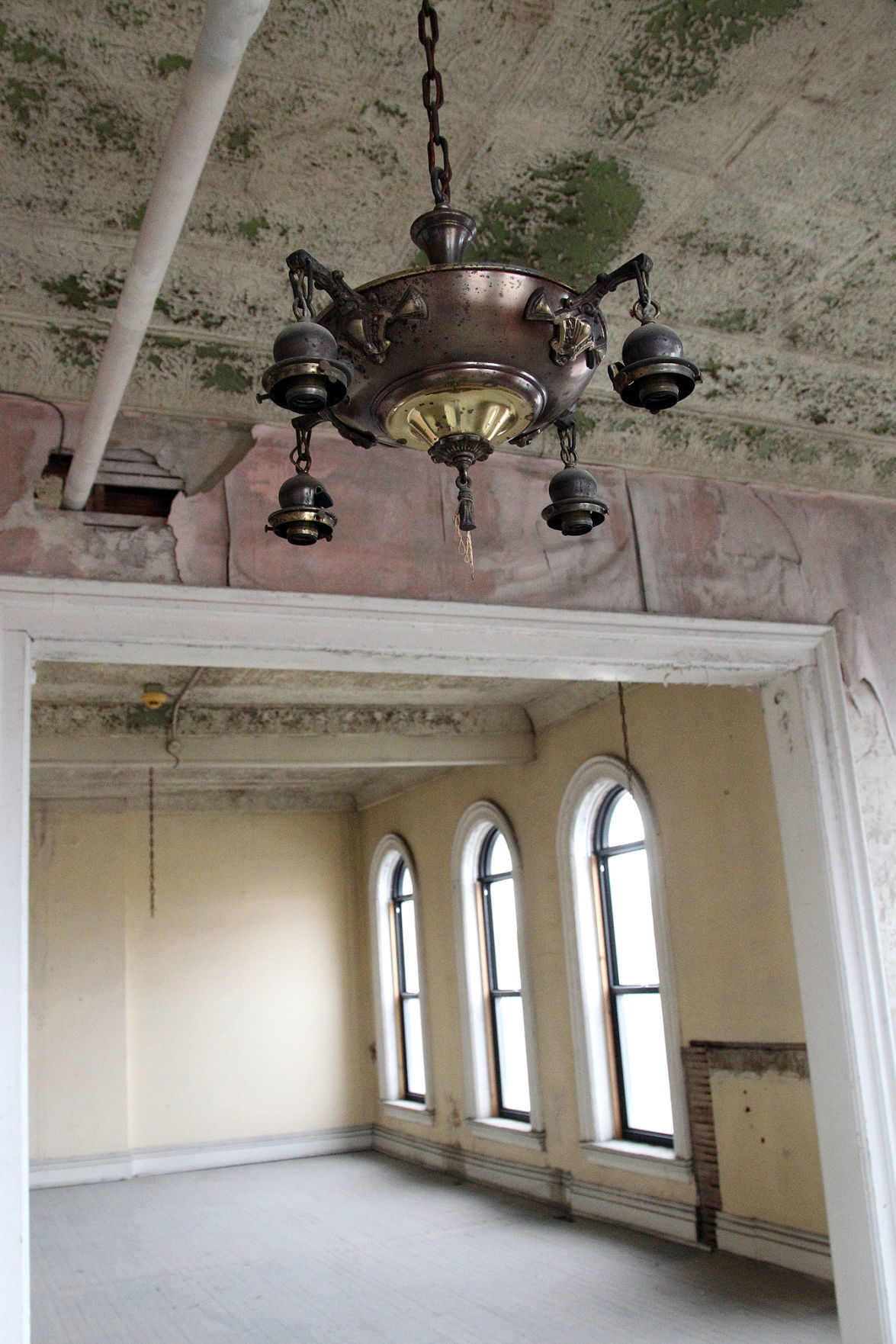 The unused third floor interior of the Community Bank in Waterloo has not been altered much since the days when it was the Towsley House hotel. 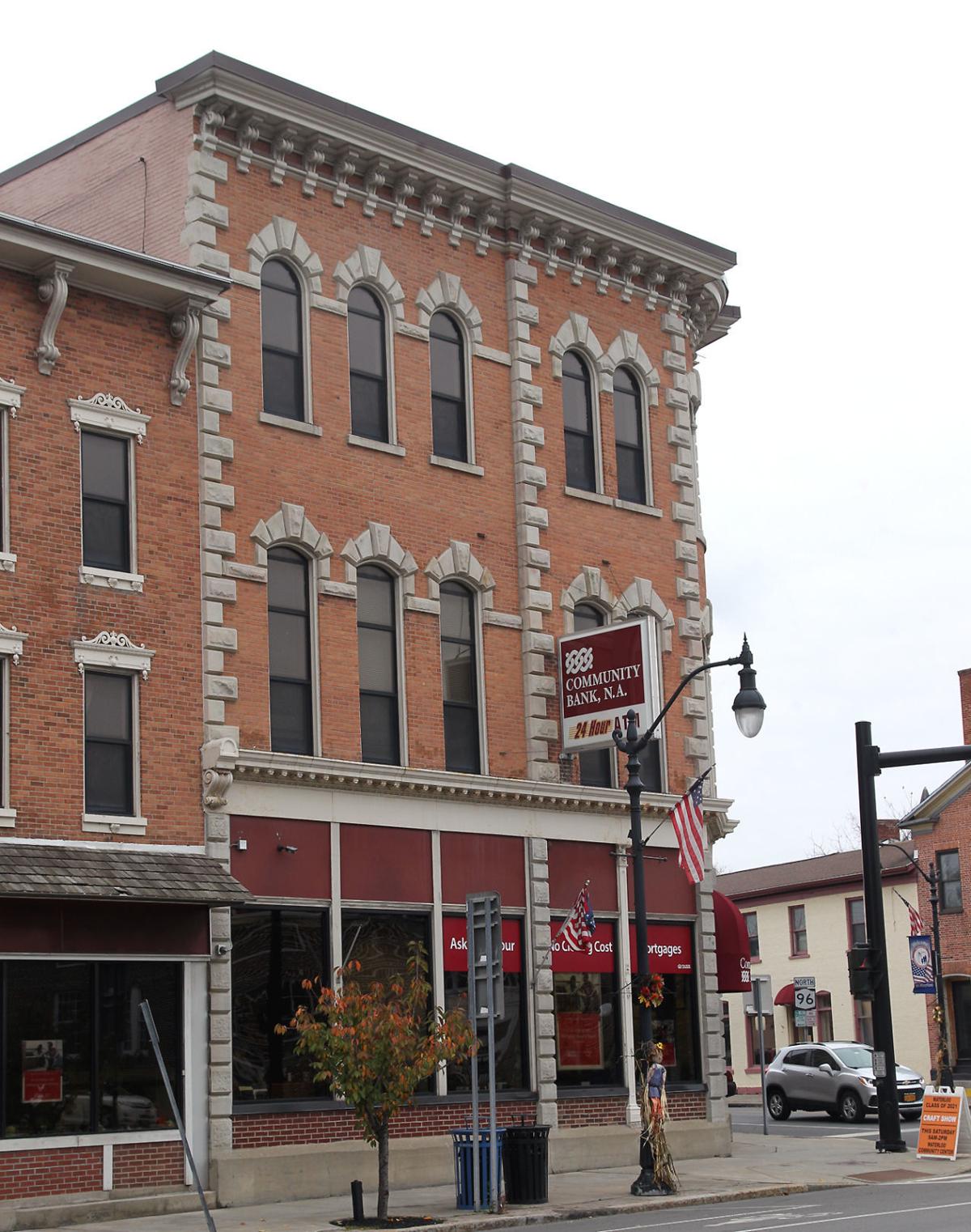 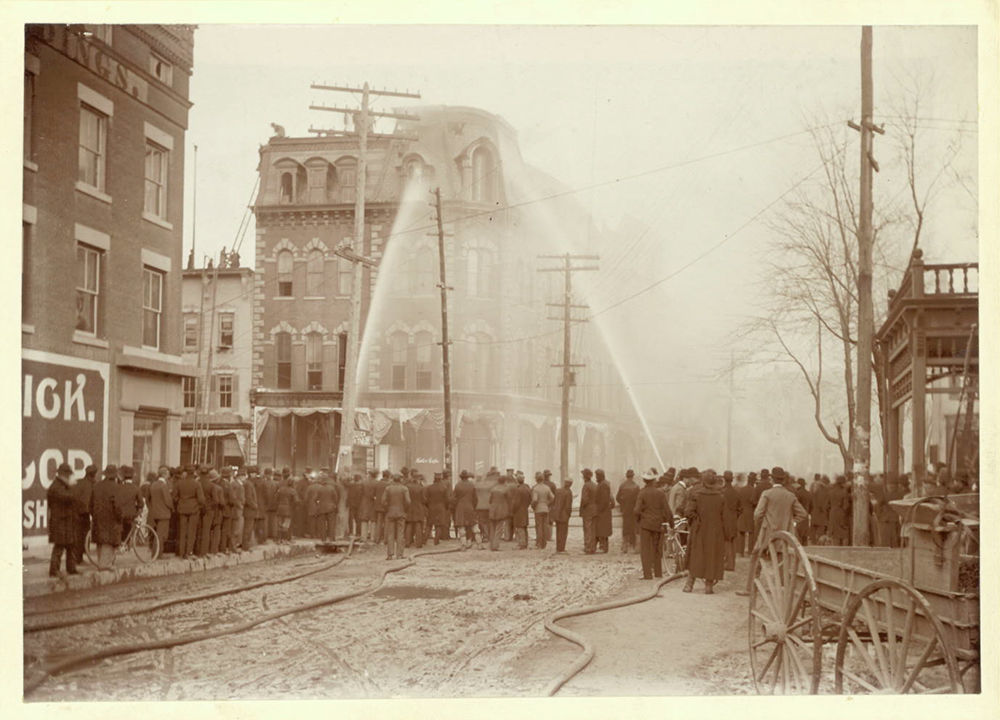 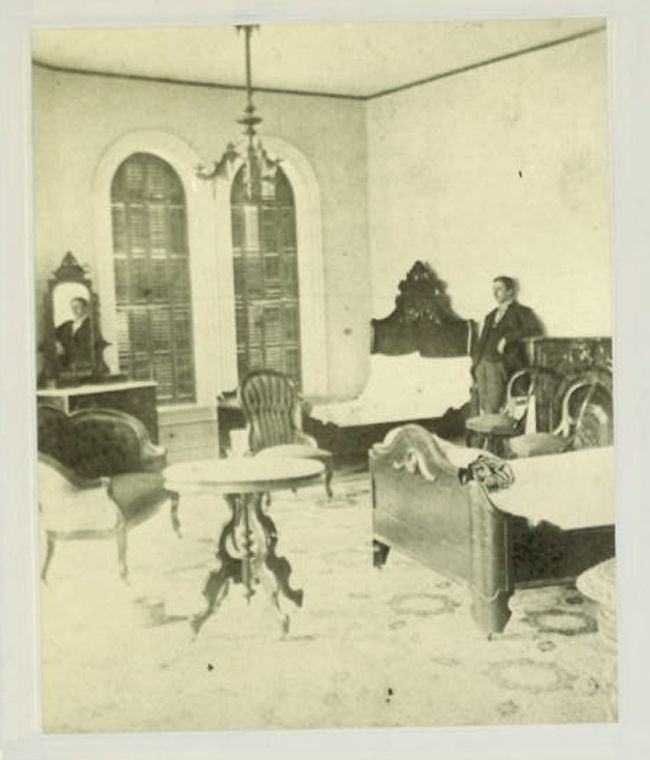 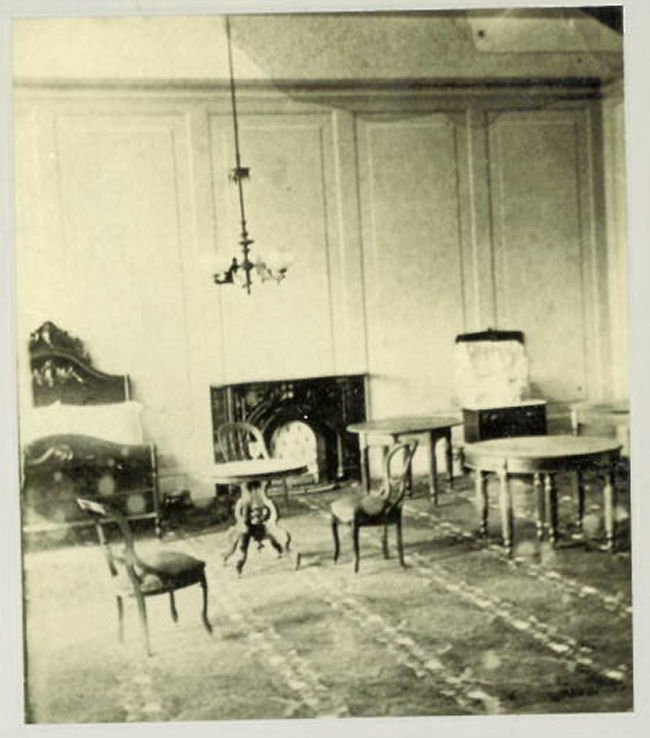 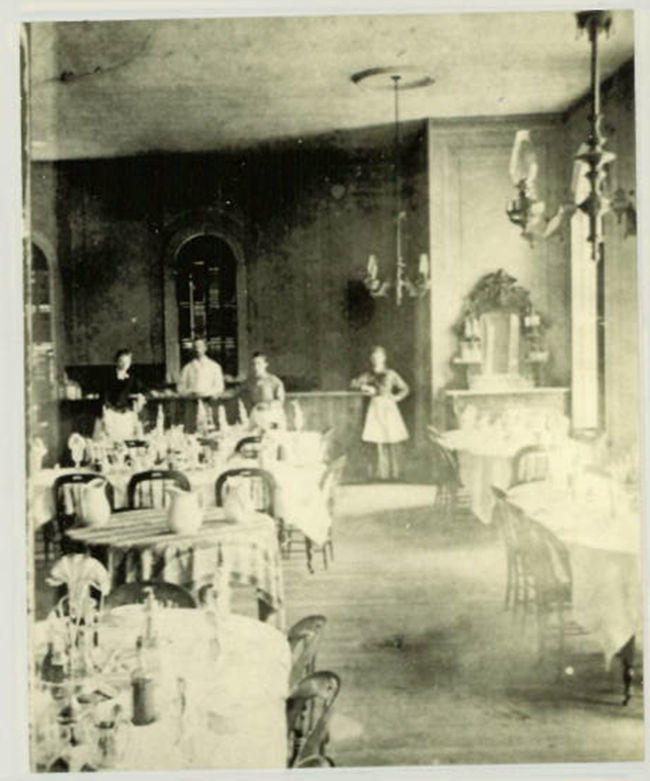 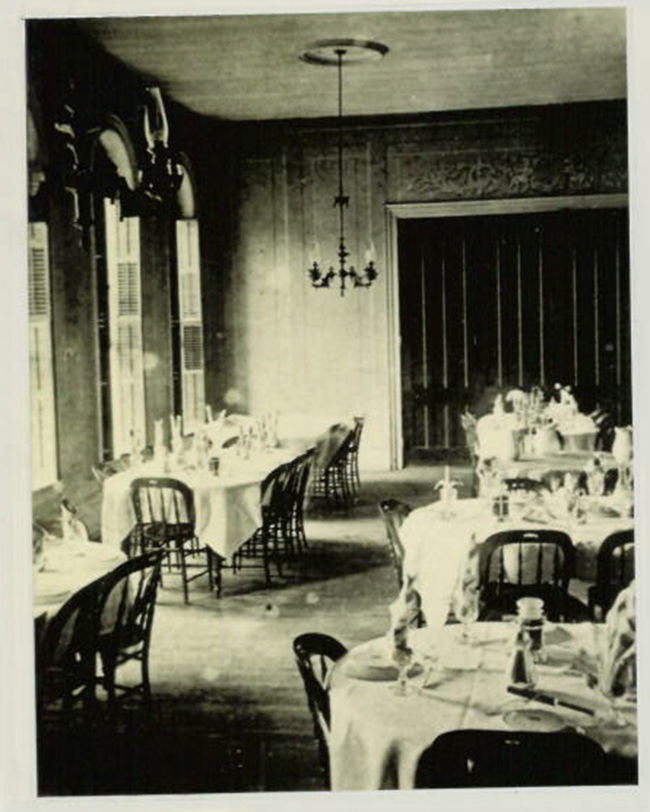 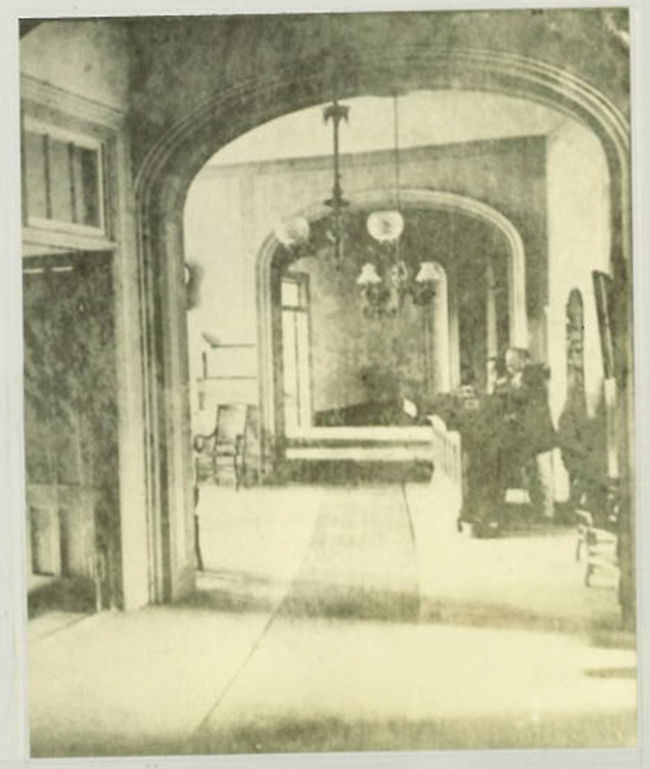 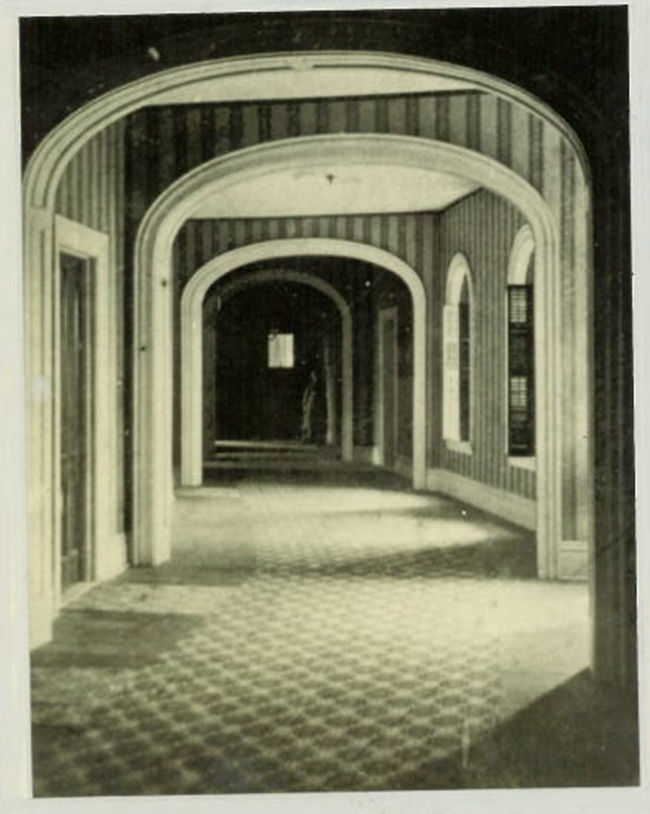 The unused third floor interior of the Community Bank in Waterloo has not been altered much since the days when it was the Towsley House hotel.

WATERLOO — For decades, the imposing, three-story Community Bank building has anchored the northwest corner of downtown Waterloo, its exterior brick facade with modern windows striking to many.

Now, local history buffs have discovered that the unused third-floor interior has not been altered much since the days when it was the 1860s-era Towsley House hotel. They acknowledge it has not been frozen in time and untouched for more than 100 years, but enough remains to pique their interest.

They trekked up a long set of stairs from the first floor to the second floor. Then, they took another set of enclosed stairs behind a door to the third floor, where a large ballroom and dining hall once existed. They saw bricked-over arched doorways that have been squared off with wooden door frames and some old gaslight fixtures, tin ceilings and wooden window frames. They also saw more modern materials, perhaps detracting from the “untouched-for-decades” scene they hoped to find.

Becker went into a room at the north end and pointed to fire-charred wooden beams, evidence of the 1899 blaze that damaged the north end and the fourth-story mansard; the latter didn’t survive the fire and was removed when the building was rebuilt for a new use after the fire.

“Look at these piece of slate that came from the mansard roof,” Pam Becker said, pointing to a pile of slate pieces on the floor.

The view of the downtown area from the third floor was impressive.

Using old photographs, they tried to identify the ballroom area. Four old, large paintings, possibly from the Towsley House era, were stacked upright on a wall of the third floor.

“It’s pretty amazing, even though its been altered a bit,” Park said. “It would be nice to restore it, but that will take a lot of money, and we’d need to work with the bank. They own the building.”

The others agreed with Park’s synopsis.

After touring the third floor, the group said they’d love to identify a source of funding to restore the third floor to its splendor and use it as a occasional public space — provided the bank signs off on any deal.

The first floor houses the bank’s operations. The second floor was renovated and altered into office space that was leased by the Seneca-Cayuga ARC. It is now vacant.

According to John Becker’s 1949 “History of the Village of Waterloo,” the first building on the site was the Waterloo Coffee House, which later became the Eagle Tavern. The tavern was on the street level. There was a second floor containing lodging rooms.

Becker writes that around 5 a.m. Sunday, Jan. 24, 1869, the Eagle Tavern was on fire. The structure burned to the ground, despite heroic efforts to save it. He recounts in his book that Waterloo’s influential and wealthiest citizens met Dec. 11, 1869 at Towsley Hall (now the Grange Hall) on Virginia Street to discuss Alonzo Towsley’s proposal to build a hotel on the old Eagle Tavern site.

A committee was formed to discuss the proposal with Towsley, including how it would be financed. The details apparently were worked out, and Towsley built the grand hotel at a cost of around $100,000. He needed additional money toward the end to complete the project. Becker said a group called “The Twelve Apostles” provided the last $12,000 to get the hotel built.

“The Towsley House was the finest and best hotel building in western New York and for years it was conducted as such,” Becker wrote. “Traveling men preferred to stay in Waterloo over weekends rather than the larger and perhaps more interesting cities. The rooms, the food and the service at the Towsley House were excellent. There were none better obtainable.”

It all went up in smoke and flames at 4 a.m. Nov. 10, 1899. The fire broke out in the hotel kitchen and spread, destroying much of the north end and the fourth floor mansard roof.

“In all the history of Waterloo, probably the blow that was felt most by the people was the loss of the Towsley House. The Towsley House had been the pride of the village as well as of its builders and it was now entirely ruined at the north end,” Becker wrote.

The remaining three stories at the south end were saved, but the fire devastated the community. Becker tells of the village government passing a resolution of thanks to firefighters from neighboring Seneca Falls and Geneva for their fast and dedicated assistance in battling the blaze and keeping it from spreading to the rest of downtown.

“For days, a spirit of sadness enveloped the village,” Becker wrote. “The streets were quiet. Outside of those who hovered about the ruins, there were few people in the streets. Nothing like the feeling resulting from this great loss to the village was experienced before, nor has been since. It was a period of genuine sorrow over a public loss.”

The First National Bank of Waterloo was directly across the street from the Towsley House on the northeast corner of downtown. Bank officials decided they would move the bank to the Towsley House site, repairing and rebuilding the remaining three stories.

The First National Bank purchased the Towsley property in April 1923. After extensive remodeling, the new bank opened at 2 p.m. April 5, 1924. A bank, with various owners and names, has remained there to this day.