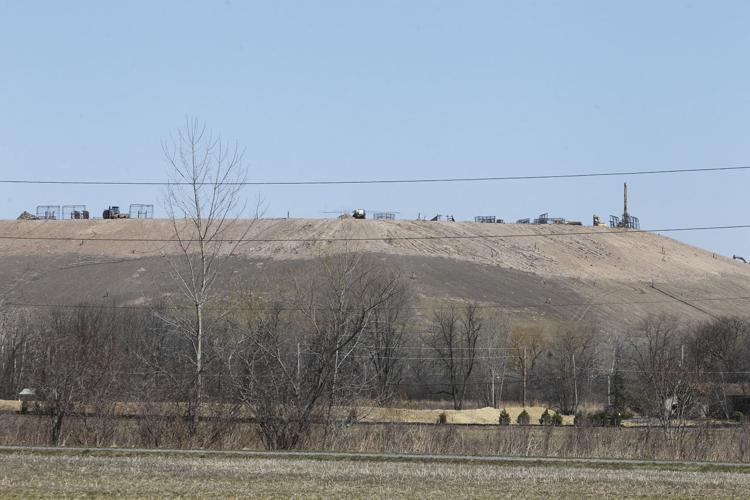 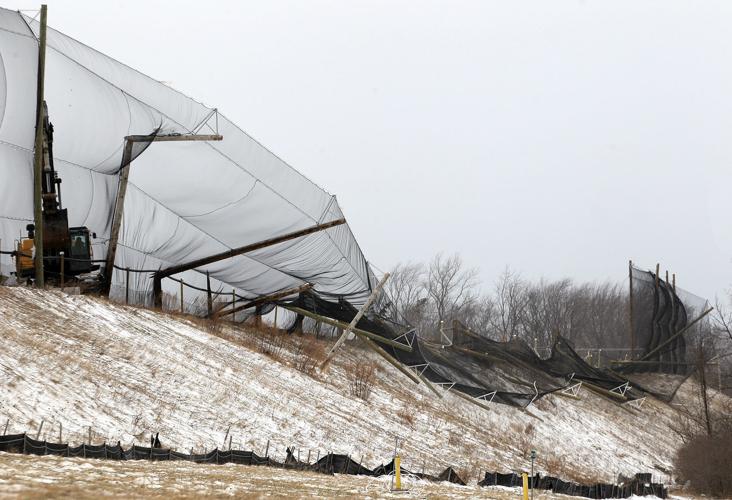 The Ontario County Landfill in the town of Seneca, which is operated by Casella Waste Systems, suffered a breach in its fence three years ago. 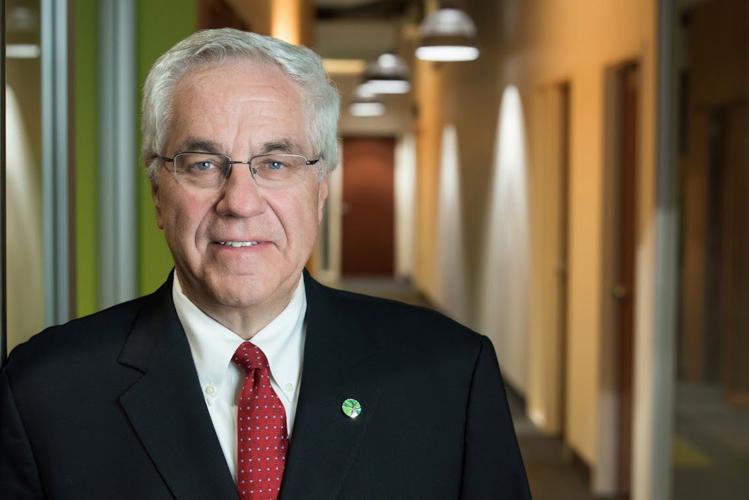 The Ontario County Landfill in the town of Seneca, which is operated by Casella Waste Systems, suffered a breach in its fence three years ago.

SENECA FALLS — In testing that took place four years ago, high levels of polyfluoroalkyl substances, or PFAS, and several related compounds were found in leachate originating from the Seneca Meadows and Ontario County landfills.

The high levels have prompted concern from area environmental groups, which are urging for more current data and pushing to have leachate testing be part of the scoping process for a draft Environmental Impact Statement that Seneca Meadows will need to submit for its application to expand into a 47-acre area within its existing property.

Former Seneca Falls Mayor Brad Jones said testing of leachate from Seneca Meadows should be done before it enters the town wastewater treatment plant at a rate of around 100,000 gallons a day.

“Comparing untreated leachate with drinking water safety standards intentionally exaggerates the impact on our communities,” Black said. “Faulty comparisons that don’t follow the science are akin to comparing apples to rotten oranges. Leachate from Seneca Meadows is treated through our reverse osmosis treatment plant, removing PFAS prior to a second treatment at the Seneca Falls wastewater treatment plant.”

Black said byproducts of the reverse osmosis process are shipped to other permitted wastewater facilities for treatment and disposal.

The Seneca Falls Environmental Action Committee, a frequent landfill critic, said people can see and smell the mountain of trash — “but it is what we cannot see or smell that is a primary concern,” committee member Jean Gilroy said.

“Because we cannot see or smell PFAS or orphan gases, it is hard to quantify and measure the potential damage to the environment,” Gilroy said. “We have had no new information on research of PFAS contamination of our water systems and groundwater since 2018. Efforts to FOIL information from the Department of Health have been denied or postponed for further investigation. Seneca Meadows PFAS readings in 2018 were thousands of times (higher than) the 10 parts per trillion allowed for by the state at the time. We do not have any information for 2022. Total darkness. Why?”

“This is a five-alarm fire. We need testing of creeks, streams, groundwater, SMI runoff, and leachate. We need answers for proper assessment of the threat,” added Gilroy, saying she has offered to have her own groundwater tested at her Black Brook Road property.

Jones wrote to Greg MacLean, a materials management engineer in the state Department of Environmental Conservation’s Region 8 office, expressing concerns about the PFAS levels at Seneca Meadows. MacLean replied March 31, telling Jones that 80,000 to 100,000 gallons of leachate per day is treated through reverse osmosis prior to discharge into the sanitary sewer that flows to the Seneca Falls wastewater treatment plant for additional treatment and discharge. MacLean said the treatment removes almost all of the contaminants from the leachate before it enters the sanitary sewer system. He also told Jones there is no impact on groundwater from leachate generated at the landfill.

Jones replied that he found MacLean’s response “somewhat appalling.” He said PFAS in the leachate surpass acceptable levels and asked that the latest testing of leachate at the landfill be provided.

“The Finger Lakes waterways and our drinking water are at a breaking point,” Jones warned, urging the DEC to get more involved.

The state is cracking down on two PFAS compounds found in public drinking water, limiting it to 10 parts per trillion. The state also is seeking the same remediation standard for four other PFAS compounds.

However, the state is withholding landfill leachate data from the public as it assesses how much it contributes to contamination of drinking water. Under a new state law, the state’s 3,000 water systems soon will be required to notify customers when any of 23 PFAS are found in their water.

Meanwhile, the Ontario County Landfill, which is operated by Casella Waste Systems, generates nearly 26 million gallons of leachate a year. It is collected and trucked to eight treatment plants, including Geneva and Canandaigua.

“PFAS is a broad, systemic challenge,” said Casella Waste Systems representative Joe Fusco, noting the landfill has not tested for PFAS levels since 2018. “This ‘forever chemical’ is ubiquitous; it’s in the things we buy, the food we consume, as well as in our bodies. As a result, it shows up in the things we throw away. The challenge for all of us will be, as I’m sure you know, in finding ways to remove or reduce it in our modern lifestyles, and continue to look for ways to lessen its impact on the environment and public health.

“We manage leachate from the Ontario County landfill in accordance with our state permits and in compliance with the pre-treatment requirements of wastewater disposal plants.”

In September 2019, the U.S. Environmental Protection Agency awarded a $6 million grant to seven universities and the state Health Department to study PFAS in landfill leachate and municipal wastewater. That study is believed to be ongoing, and no results or conclusions have been made at this time.

PFAS compounds are found in products such as Teflon pans, water-resistant jackets, cosmetics, and dental floss. It has been linked to cancer, liver damage, decreased fertility, and increased risk of asthma and thyroid disease.

• Because of their widespread use and their persistence in the environment, many PFAS are found in the blood of people and animals all over the world and are present at low levels in a variety of food products and in the environment.

• PFAS are found in water, air, fish, and soil at locations across the nation and the globe.

Scientific studies have shown that exposure to some PFAS in the environment may be linked to harmful health effects in humans and animals.

• There are thousands of PFAS chemicals, and they are found in many different consumer, commercial, and industrial products. This makes it challenging to study and assess the potential human health and environmental risks.

LEGAL NOTICE Notice of Formation of THE O’NEILL GROUP OF