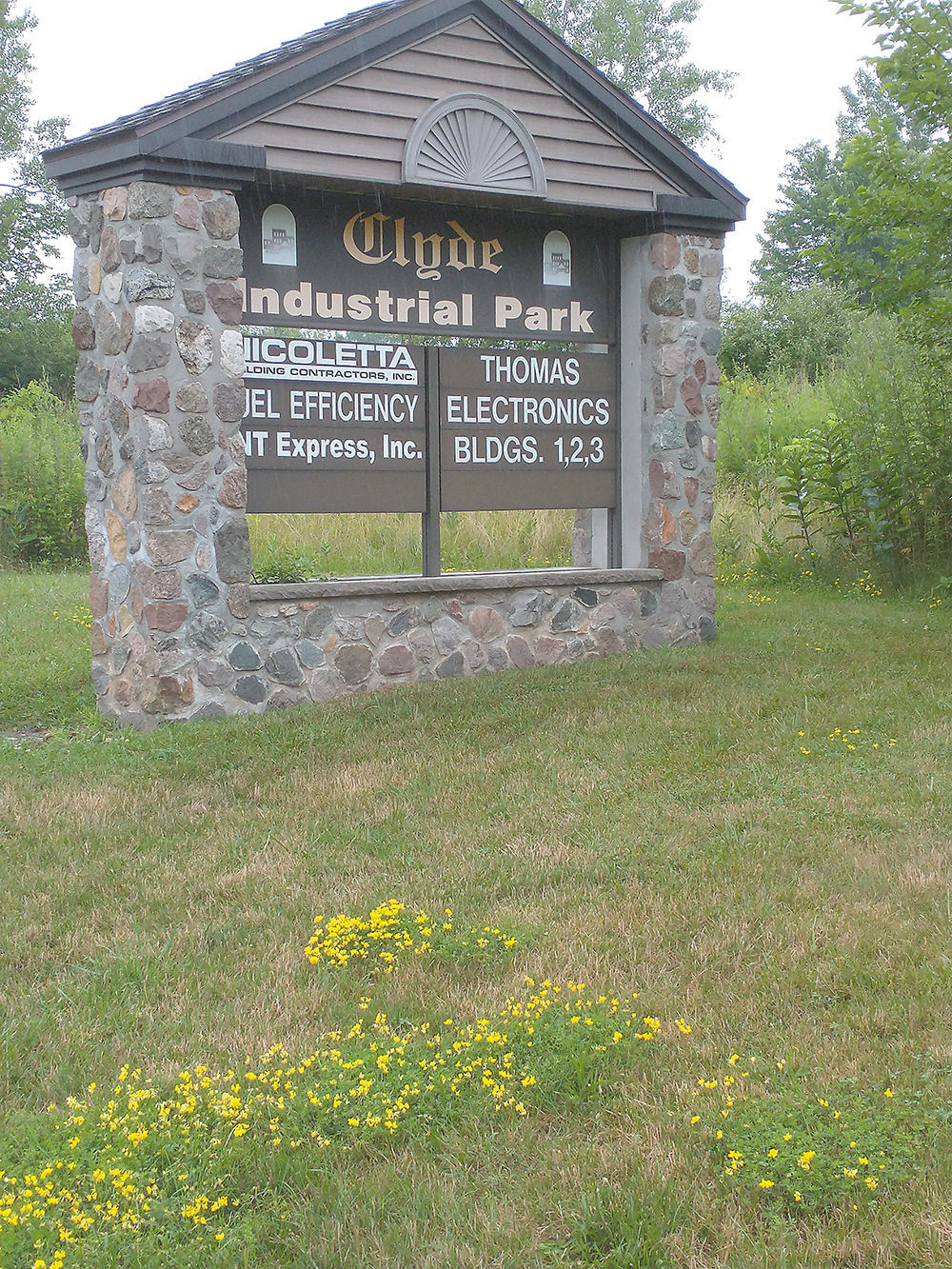 A project that had been proposed for the Clyde Industrial Park has created controversy in this Wayne County community. 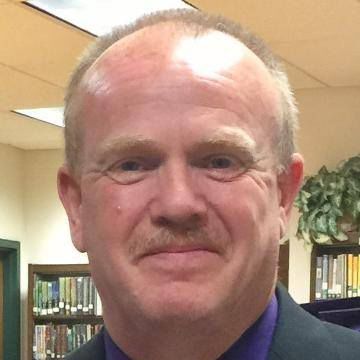 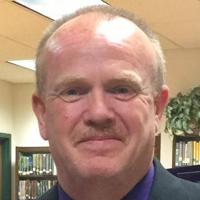 CLYDE — A California man has scaled back plans for a meat processing facility for the village’s industrial park after learning of an ordinance that would prohibit it.

On July 8, Rezk “Rez” Abdelrahman sent Clyde Mayor Jerry Fremouw an email asking if the village could assist with the extension of public utilities to the site he is looking at now for a cold storage facility that would create a handful of jobs.

Abdelrahman, a retired meat inspector for the USDA, had initially planned a meat processing plant that he indicated could have brought upwards of 94 jobs to Clyde, from production to high-tech research.

The Irvine, Calif. man is the owner and founder of McRez Packing International, LLC. He indicated in a June 22 email to Fremouw that the meat processing operation had “considerable support from USDA, from the state ESD and from local county IDA, EDA and CIDC (Clyde Industrial Development Corp).”

What is the status?Although Abdelrahman still seems interested, Ken DiSanto, president of the CIDC, who has been assisting him, is dubious. If the processing plant isn’t allowed, DiSanto thinks the project will move to Lyons.

DiSanto said he was unaware of a 2017 general animal control local law that specifically prohibits the slaughtering of animals unless authorized by the village board. Clyde Code Enforcement Officer Tom Sawtelle recalled it with Village Clerk Ann Fenton when they were reviewing the business plan Abdelrahman submitted in late June.

DiSanto indicated that nixing the meat processing — or slaughtering — operation means there will be little or no help from government economic development programs to pay for the extension of utilities because the cold storage won’t create enough jobs to qualify.

“To build on a 45-acre piece of undeveloped industrial park property, water, sewer and electricity will need to be extended, and that will cost lots of money,” said DiSanto. “We don’t have the resources ourselves.”

Neither does the village, according to Fremouw and Fenton, who noted that a road to the site would have to be improved as well.

“We don’t have an extra $500,000 laying around,” Fenton said. “Usually a business is responsible for connecting to public utilities.”

The CIDC would likely qualify for government assistance through county and state funding sources to extend utilities if a large number of jobs were to be created, according to DiSanto.

In his June 22 and 23 emails to the village, shared with the Finger Lakes Times, Abdelrahman wrote that Empire State Development has already given authorization for his operation for meat processing.

ESD would not confirm that.

“We cannot comment on any proposed project in Wayne County. Once put forward, any such proposal would require review and approval from ESD in order to verify eligibility for state incentive programs,” said Kristin Devoe, an ESD spokeswoman. “All agreements between ESD and companies looking to grow and invest in New York State require compliance with environmental, historic and smart growth review requirements under New York State regulations. Projects are also required to meet local zoning regulations.”

“I told (Abdelrahman) we are not going to approve (slaughtering animals),” Fremouw said. “The other businesses in the industrial park don’t want that, and it’s less than two blocks from the elementary school. People here have told us they don’t want that kind of a business here. But we don’t have a problem with cold storage.”

Communication frustrationFremouw said he first learned about the project from scuttlebutt — and opposition — around the village. He didn’t know anything for sure until he got the emails from Abdelrahman. Fremouw claims there was nothing from the CIDC that specifically addressed a meat processing plant, only an email from CIDC member and Galen Town Supervisor Steve Groat asking for a meeting to discuss infrastructure improvements on Davis Parkway, the road that runs through the industrial park. No business was mentioned, he indicated.

Fremouw said he set up the meeting and then canceled it because Village Trustee Mike Nicoletta, and then Fremouw’s brother, passed away. Fremouw acknowledged that neither he nor Groat set another date.

DiSanto said Fremouw not knowing details is his own fault.

“We’ve been trying to meet with him since the end of March,” DiSanto said, claiming Fremouw kept putting them off.

He said Groat communicated with Fremouw by email. He did not provide a copy of that communication, and Groat did not reply to two emailed requests for comment on the email.

According to DiSanto, because the village is apparently not interested in allowing a slaughterhouse, the project is dead — whether slaughterhouse or a cold-storage facility, in spite of what Abdelrahman is indicating to Fremouw.

What about Lyons?Lyons Town Councilman Jim Brady confirmed that Abdelrahman did reach out to Lyons officials regarding the possibility of building the slaughterhouse there.

“He’s looking at a piece of property on Cole Road, the old landfill,” Brady said. “It is very preliminary. It does have water and sewer and three-phase power. But I would imagine that he would have to get all sorts of approvals, from the Department of Environmental Conservation, for instance.”

Wayne County Director of Economic Development Brian Pincelli acknowledged that Abdelrahman reached out to him regarding possible sites for his business. Pincelli connected him with the CIDC as well as other entities in Wayne County, although he declined to identify them.

Abdelrahman did not return a phone call or an email from the Finger Lakes Times about why he was interested in locating his business in Wayne County. However, Marty Broccoli of Cornell Cooperative Extension of Oneida County, an agriculture economic development specialist, said there has been a shortage of meat processors in upstate New York, particularly for small producers.

“It is definitely a niche that needs to be filled,” said Broccoli, who gives seminars through CCE for people who may be interested in starting such an operation.

Public opinionDiSanto said residents may have the wrong perception of animal processing operations.

“The slaughterhouse would have been a clean operation,” he said. “Everything that is done in the process is kept inside. That’s how meat processing plants work.”

He said covenants would be written in Abdelrahman’s contract with the CIDC that required him to abide by the rules, such as no animals in queue outside the facility awaiting slaughter.

Would a slaughterhouse fly with village residents? DiSanto is unsure, but he said given the number of jobs and potential tax revenue, it would not have hurt the village to at least explore the possibility.

Fenton feels differently. June was village tax collection month, and she said a deluge of people who went to her window spoke out against even a rumor of such an enterprise coming to the village.

“People were coming in to pay their taxes and they were asking a lot of questions,” she said. “A lot of them were totally against it.”

In addition, a group of local residents began circulating emails to that effect, providing information about similar facilities in other areas that caused everything from a decline in property values to oppressive working conditions.

David Spickerman, the Butler town supervisor who is head of the Wayne Industrial Development Corporation, said he’s only heard rumors about the meat-packing proposal. He has not seen any paperwork and knows of no request for assistance from anywhere.

A brief history of the CIDC

The CIDC was formed June 18, 1964 which was about a year before General Electric Corp., the village's largest employer, announced that it was closing its plant, which reportedly had a $30 million payroll while it was in Clyde and at its heyday, employed 500 people.

The CIDC mobilized, met with GE, state and federal officials including then U.S. Congressman Frank Horton. They came up with a plan of action to find a new occupant for the plant. Through a series of municipal grants and the insight of a consultant, the CIDC gained control of the building and was able to convince Parker-Hannifan to locate in the old GE plant on Columbia Street.

At the same time, the CIDC looked to do even more. With help from more federal grants from the U.S. Department of Commerce and the Area Redevelopment Association, CIDC purchased 140 acres in the area which eventually became Davis Parkway.

The Clyde Industrial Park was born; public utilities extended to most, but not all of the parcels and companies began to locate there. The desire was for diversification; there was worry that the village was too dependent on companies that produced electronic components.

While that is still a primary production footprint with Thomas Electric occupying three buildings in the park, it is also home to, among other companies, a liquor distributor, a construction company and a fuel firm.

Ken DiSanto is the current president.