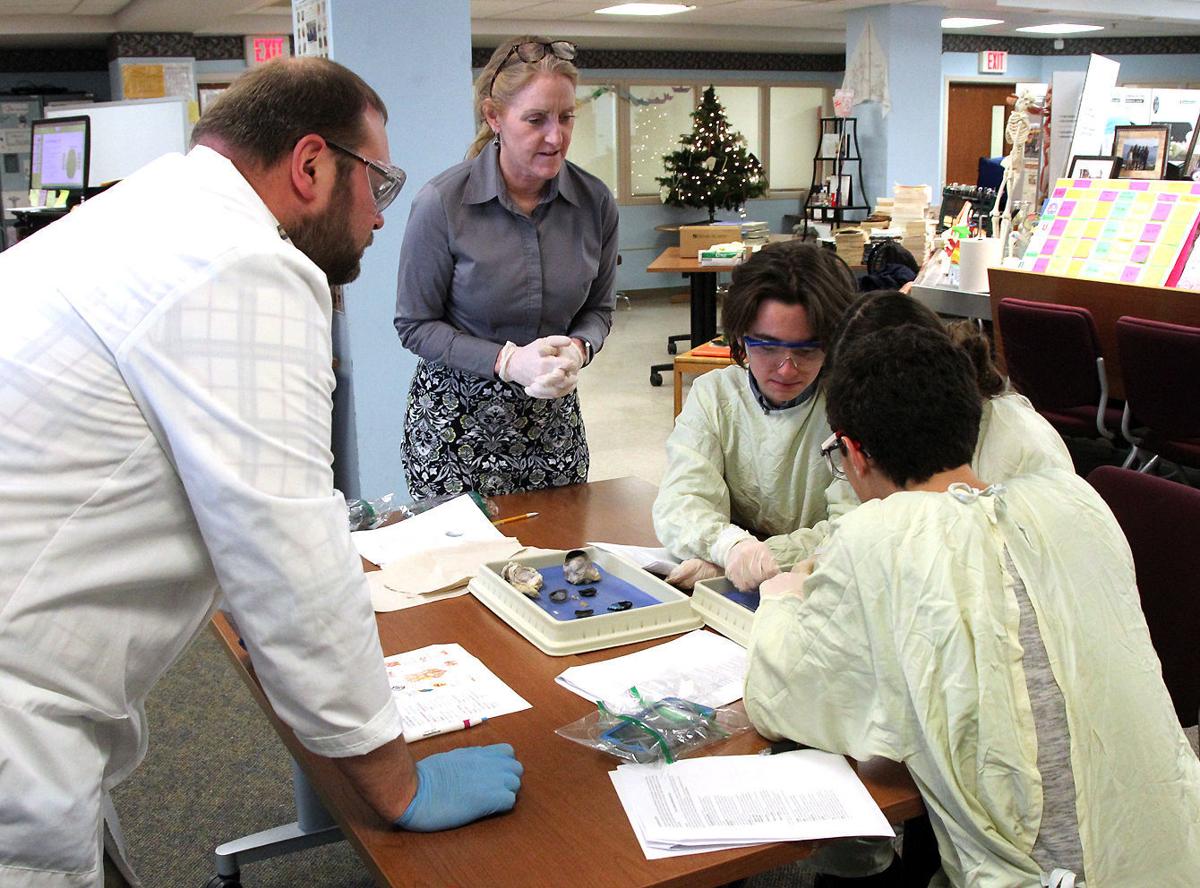 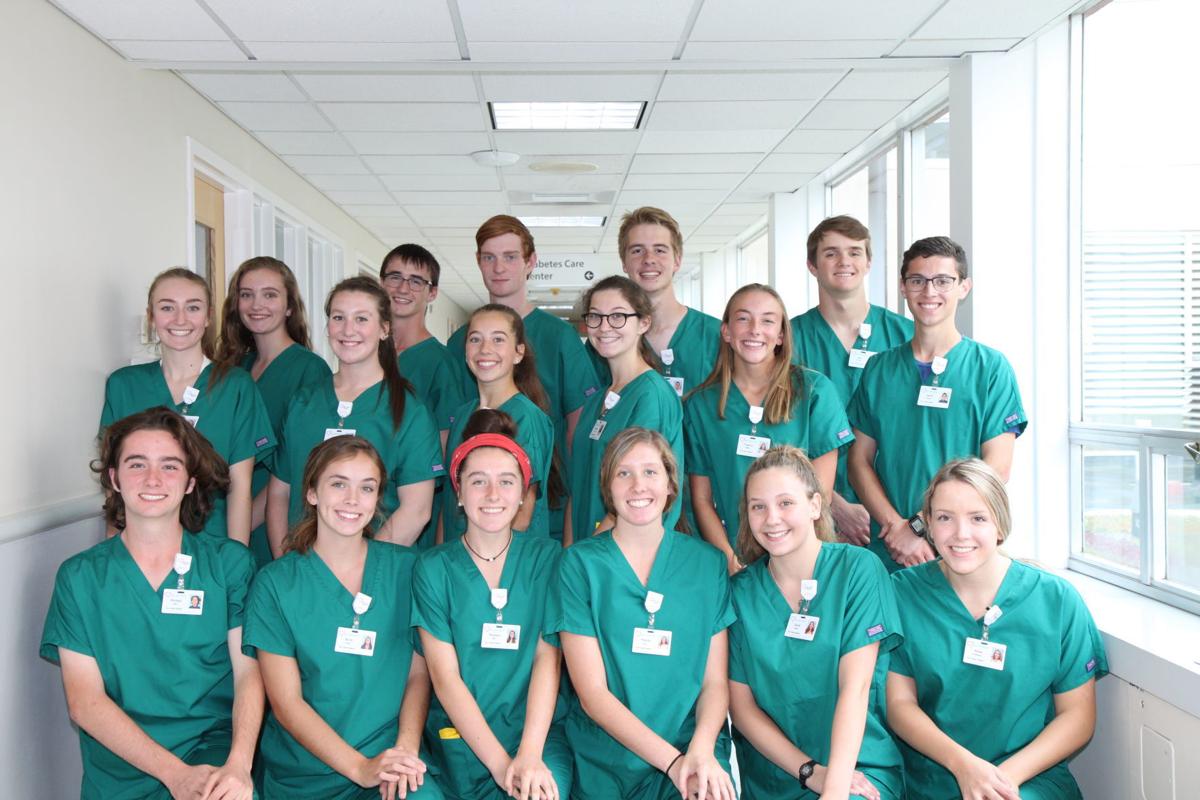 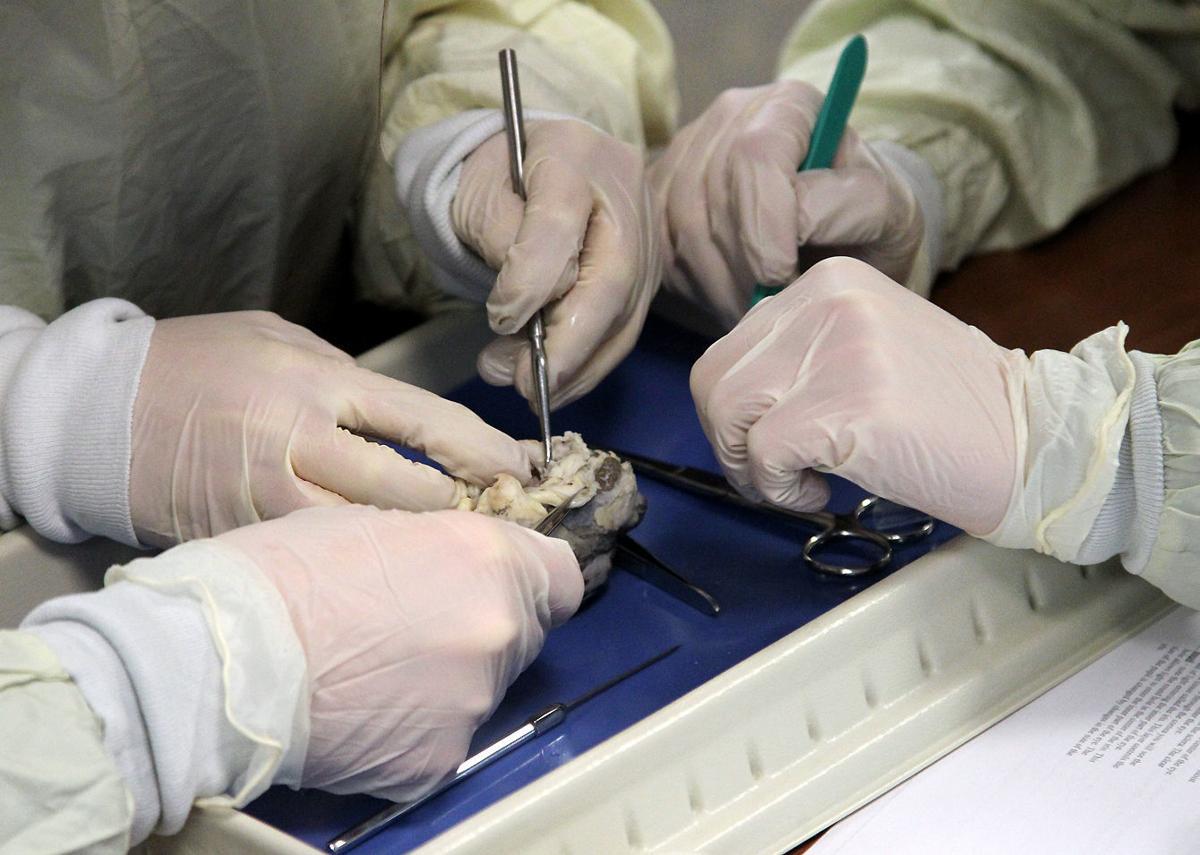 GENEVA — Laura Van Niel admits having a bit of regret shortly after becoming instructor of the fledgling New Vision Medical Careers Program in 1995.

“I went home one day and told [my husband] John, ‘I don’t know what I got myself into,’” Van Niel said with a smile during a recent interview. “It wasn’t what I imagined at all.”

Nearly a quarter century later, however, the program — a partnership of the Wayne-BOCES Finger Lakes Technical & Career Center and Finger Lakes Health — has become a longtime success story and the springboard for hundreds of area high school students with careers in the medical field.

The Class of 2020, a group of 17 high school seniors, is the 25th New Vision class. With the exception of a four-year hiatus, Van Niel has been there for the duration.

In a nutshell, the program offers seniors an interdisciplinary classroom approach that sees them spend part of the day at their school and another part in the New Vision classroom at Geneva General Hospital. Students get 150 hours of clinical experience and nine college credits.

Van Niel, a New Jersey native who majored in physical education and health at Ithaca College (where she also played soccer), earned a master’s degree in preventive medicine at Utah State. She did a research internship at the renowned Mayo Clinic in Minnesota while she was writing her thesis.

She and her husband, John, now a longtime professor at Finger Lakes Community College and a Finger Lakes Times wildlife columnist, later moved to Hawaii. Van Niel spent three years at the state’s largest preventive health agency, but she and John decided to move back east to be closer to their families.

“It was very difficult to convince people that we lived in Hawaii and wanted to return to the East Coast. We took the jump and didn’t even have jobs when we came back,” she said. “Our families were in Rochester and New Jersey, and we wanted to buy a house and raise kids here.”

Van Niel was hired as the New Vision instructor and started looking at hospitals with similar programs. That included Myers Hospital in Sodus, which closed several years later.

“I had an idea of what I wanted to do, but there were not a lot of other hospitals that had the program,” Van Niel said. “The hospital in Ithaca (Cayuga Medical Center) had one, and the person who ran it, Jane Ryan, who has since retired, was a wonderful mentor to me.”

The first New Vision class had 15 students. The second, however, had just three.

“I thought we had great outcomes with the first class, but with the program being at Geneva General Hospital, most people thought it was a Geneva High School program. That is something I had to get out there to the public and the other 13 school districts,” she said. “That second year may have been a blessing, because my daughter had just been born so I worked part time and ran the course in the morning. By the third year we were back to full force and the numbers have not gone down.”

Students have to apply for the program, and the cap is set at 17 students per year. That number is split into morning and afternoon classes at GGH.

“These students are in the top 15 percent of their graduating class at their school, so they are taking upper-level math and science courses,” Van Niel said. “In the classroom here, they are finding out where New Vision Medical fits in.”

In addition to Van Niel’s classroom instruction, students go on rotations in 24 different departments at GGH including acute care, surgery, physical therapy, and many other disciplines. They also can choose electives, such as radiology, and they shadow health care professionals at the hospital or go off campus to a private practice.

Almost all of the New Vision graduates go to college with plans of a medical career. While it’s not surprising that some have a change of heart while in college, most continue on that path.

“The stat I am really proud of is that 79 percent of post-college graduates are employed in health careers. I love it when they call and tell me they were accepted to med school,” Van Niel said. “We have nine graduates who are practicing physicians, which I’m very proud of. A third of our students apply to a direct-entry nursing program, a job that has greatly improved. What I also like to see them do is go to college and come back to work for Finger Lakes Health, which 23 percent of our graduates have done.”

One of them is Alicia Derleth, a 1998 Geneva High graduate and 2002 William Smith College grad with a degree in environmental science. She was hired at Geneva General Hospital as a general lab scientist and is now the blood bank coordinator for Finger Lakes Health.

“I originally planned to go to medical school, but in my third year of college I realized it was not for me and I wanted to stay local. Mrs. Van Niel said ‘Why don’t you look into laboratory science,’” Derleth said. “I started at GGH one day after graduating from William Smith. With the New Vision program, I loved rotating through all the departments of the hospital. It showed me that without every single department, the hospital would not run like it does.”

Amanda Tilburg, a 2005 Red Jacket graduate, earned a physical therapy degree at Ithaca College. She was hired by Finger Lakes Health right out of college and is now a physical therapist at Geneva Living Center South.

“I felt like New Vision prepared me so much for college. I got a chance to observe physical therapists in acute care, rehab ... and also did a pediatric rotation at Happiness House,” Tilburg said. “I feel like the New Vision program is why I came back to Finger Lakes Health. I had four job offers when I graduated from Ithaca, but when I came here for the interview I knew a lot of the staff and there were a lot of friendly faces. It was a perfect first job, and that was nine years ago. I have no intention of going anywhere else.”

Van Niel, who worked at Hobart and William Smith during her New Vision hiatus, said Finger Lakes Health employees spend more than 2,000 hours per year mentoring New Vision students. Those mentors include employees such as Derleth and Tilburg.

“The program does not work without the mentors. I feel they are really committed to the students and educating them,” she said. “I love New Vision Medical and love my relationship with my students, and they keep in contact with me. The joke around here is you are Van Niel’s student once, but you are always her kid.”

Here are some statistics from the New Vision Medical Careers Program.

• Close to 400 high school seniors from 14 school districts in Ontario, Seneca, and Yates counties have gone through the program.

• Those students have received about $7.4 million in matriculated college scholarships in the last five years — an average of $87,015 per student.

• Each student will have 95 mentors annually and see more than 100 patients.

• More than 64,000 mentor hours have been supplied by health professionals, both at Finger Lakes Health and outside practices.

• Nine graduates are currently in medical school or a residency.

The Class of 2020 in the New Vision Medical Careers Program includes: