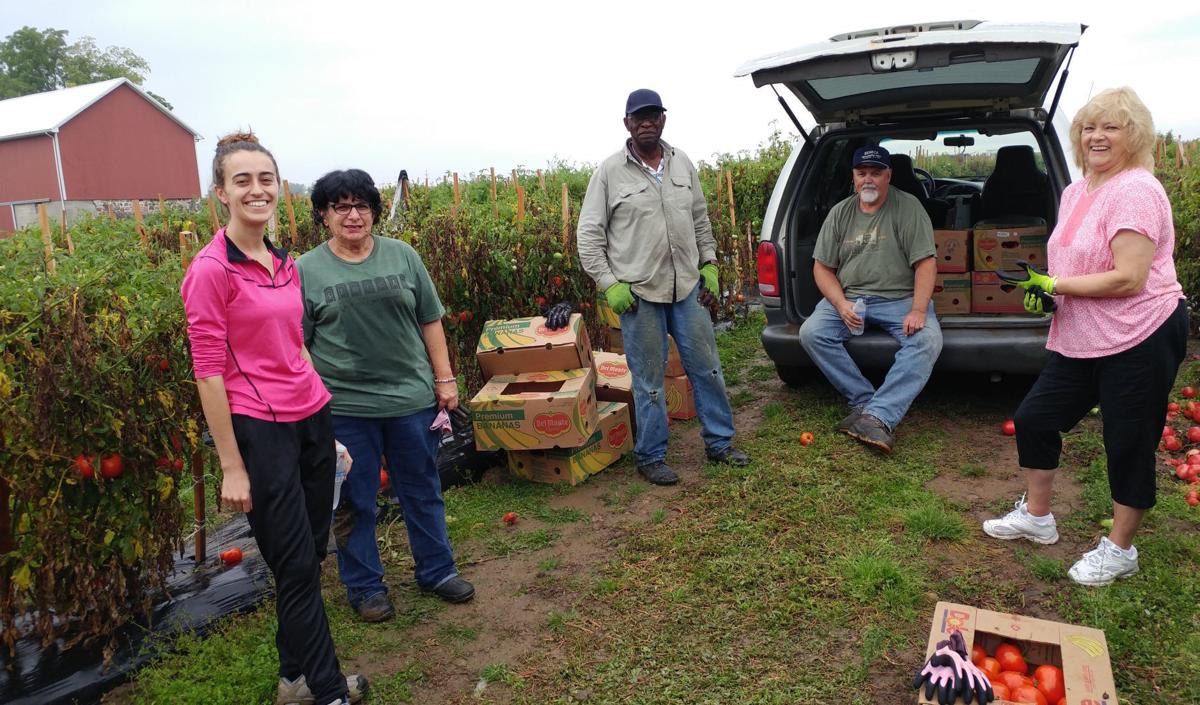 In the field gleaning tomatoes on a warm fall day last year are, from left, Natalia St. Lawrence, Susan Beman-Sill, Henry Farro, Don Shaffer and Judy Romeiser. The all-volunteer Geneva Food Justice Coalition collected nearly twice as much produce in 2017 as they did in the previous year. 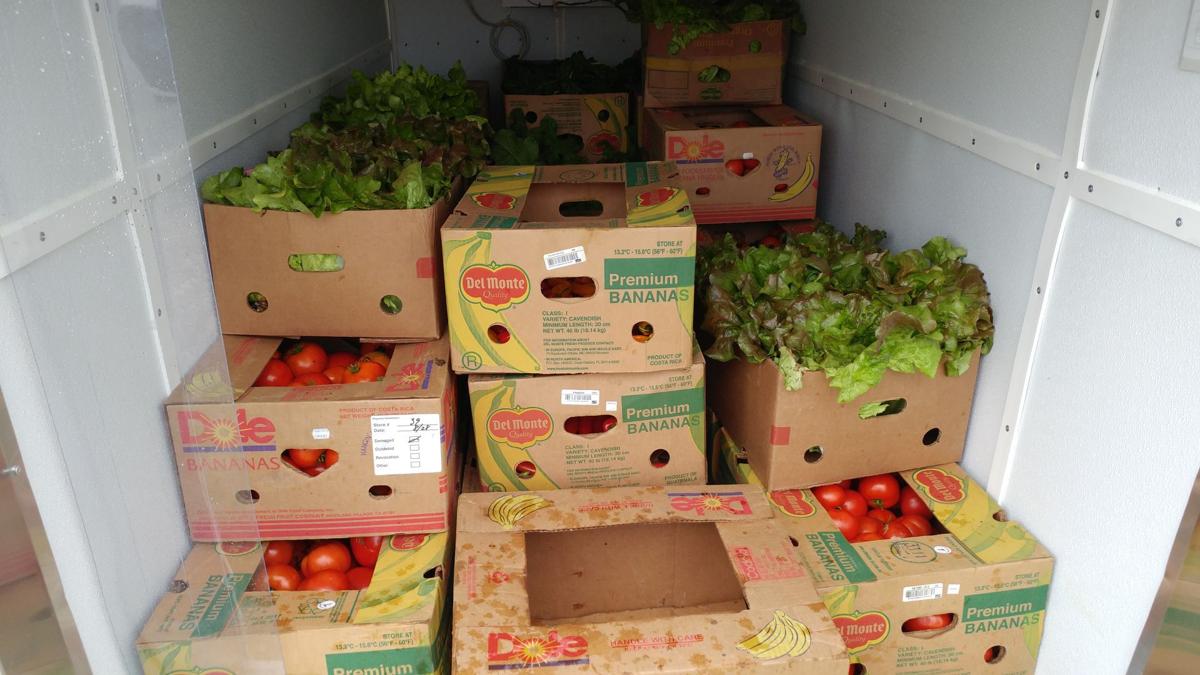 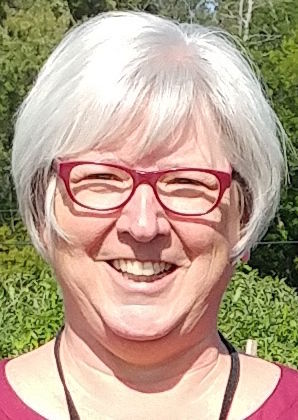 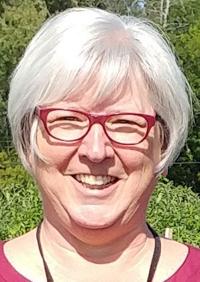 In the field gleaning tomatoes on a warm fall day last year are, from left, Natalia St. Lawrence, Susan Beman-Sill, Henry Farro, Don Shaffer and Judy Romeiser. The all-volunteer Geneva Food Justice Coalition collected nearly twice as much produce in 2017 as they did in the previous year.

GENEVA — A volunteer group that collects and distributes produce for the needy had a banner year in 2017.

The Geneva Food Justice Coalition, led by co-chairs Henry Farro and Teresa Shaffer, gleaned 18,535 pounds of produce from local farms in 2017, compared to 9,850 the previous year.

“We doubled everything this year,” said Farro as he spoke at Mt. Olive Missionary Baptist Church on Clark Street, where he serves as a deacon and which has been used as the base of operations by the group.

Shaffer said Food Justice decided this year to give “a market value” to its gleaning efforts “to see how much we saved people.”

They apparently saved people a lot of money.

The value of that produce nearly quadrupled, from $12,287 to $44,854, said Farro and Shaffer, who said the number rose mostly due to the huge crop of very healthy and heavy tomatoes available this past fall.

The new mobile food trailer, ingeniously retrofitted into a walk-in cooler last summer, also played a role in the improved totals of 2017, said Farro and Shaffer.

Food Justice also welcomed a number of new volunteers during 2017, as well as a new gleaning source, the Ben Schwartz farm of Waterloo. The group also gleans at Bejo Seeds, a major seed producer with a research farm in the town of Geneva, and Seneca Castle Farm, operated by Jill McLellan and John Tarnow.

The produce was delivered to a number of agencies — including free lunch programs — in Geneva and spots beyond the city, including Phelps, Canandaigua and Naples.

“We know the need is there,” said Farro. “We want to help as many people as we can countywide.”

Additionally, Food Justice targeted the Geneva Foundry contamination zone for produce, including 35 deliveries to the Little Free Farm Stand on State Street, as well as direct deliveries to some families.

Homeowners in the foundry contamination zone were advised not to grow vegetables on their properties because of possible soil contamination.

Farro and Shaffer said those produce drops were well received.

“We know we’re impacting thousands,” said Farro. “Last season was better than before, and we’re looking for this coming season to be out of this world. Every year we’re looking to help more people.”

And while they hope to glean more produce in the coming year, Food Justice is also working on some organizational initiatives that they believe will help them extend their reach.

One of those efforts is the recent establishment of Food Justice as a nonprofit corporation, allowing them to seek grants and more effectively raise money. The goal is to become involved in Community Supported Agriculture programs, allowing them to purchase produce directly from farmers.

They also continue to search for a headquarters for operations, which would give them a storage site and possibly extend their distribution season.

“The need never ends,” Farro said. “The winter time is just as crucial.”

And Farro and Shaffer once again expressed hope for a grocery store in the Sixth Ward, an area comprising the northeast section of Geneva. It has been identified by the city as a food desert because residents lack local access to fresh foods, including fruits and vegetables.

Shaffer said an Aldi store, which offers food at discounted prices, would be perfect for the area.