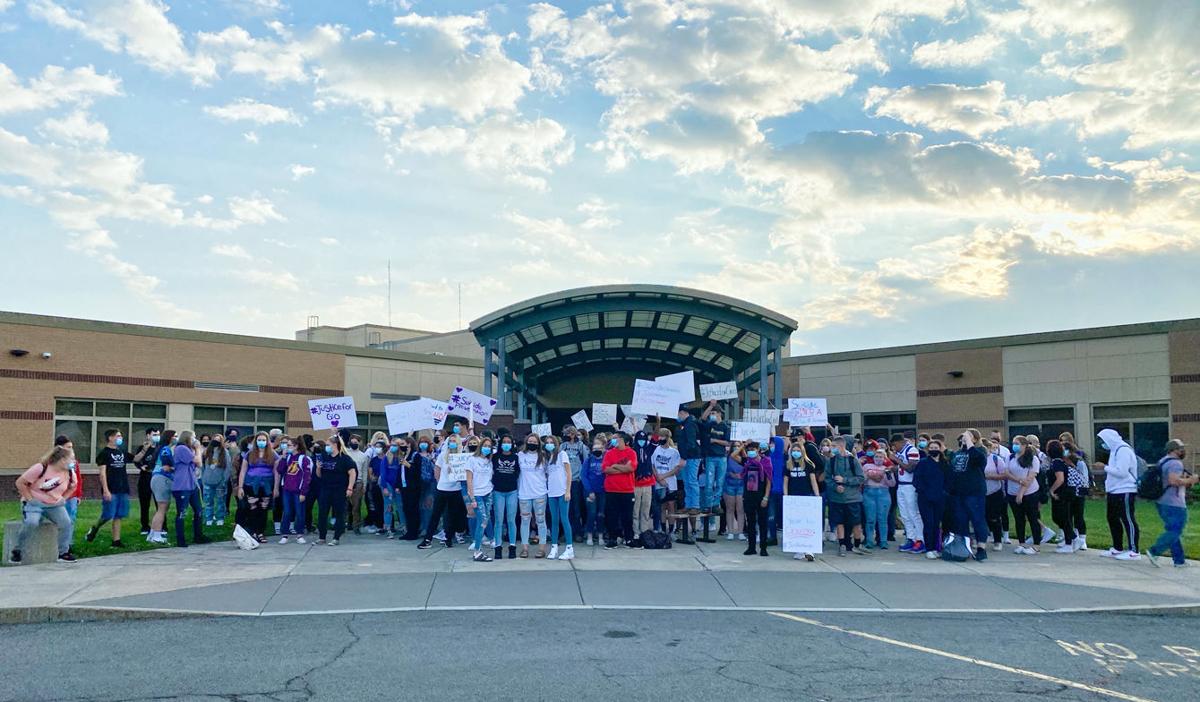 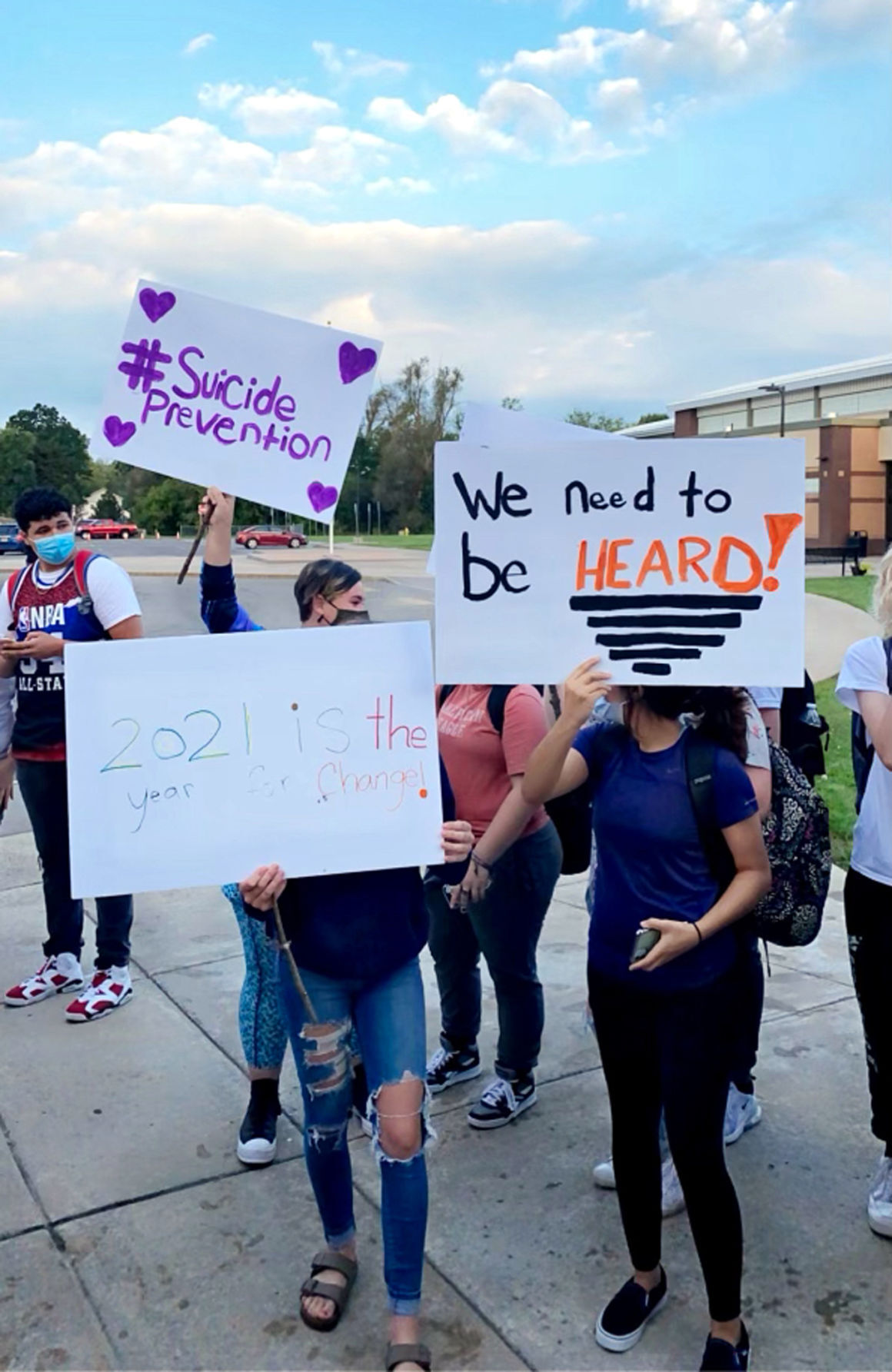 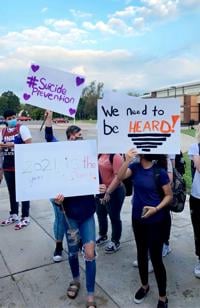 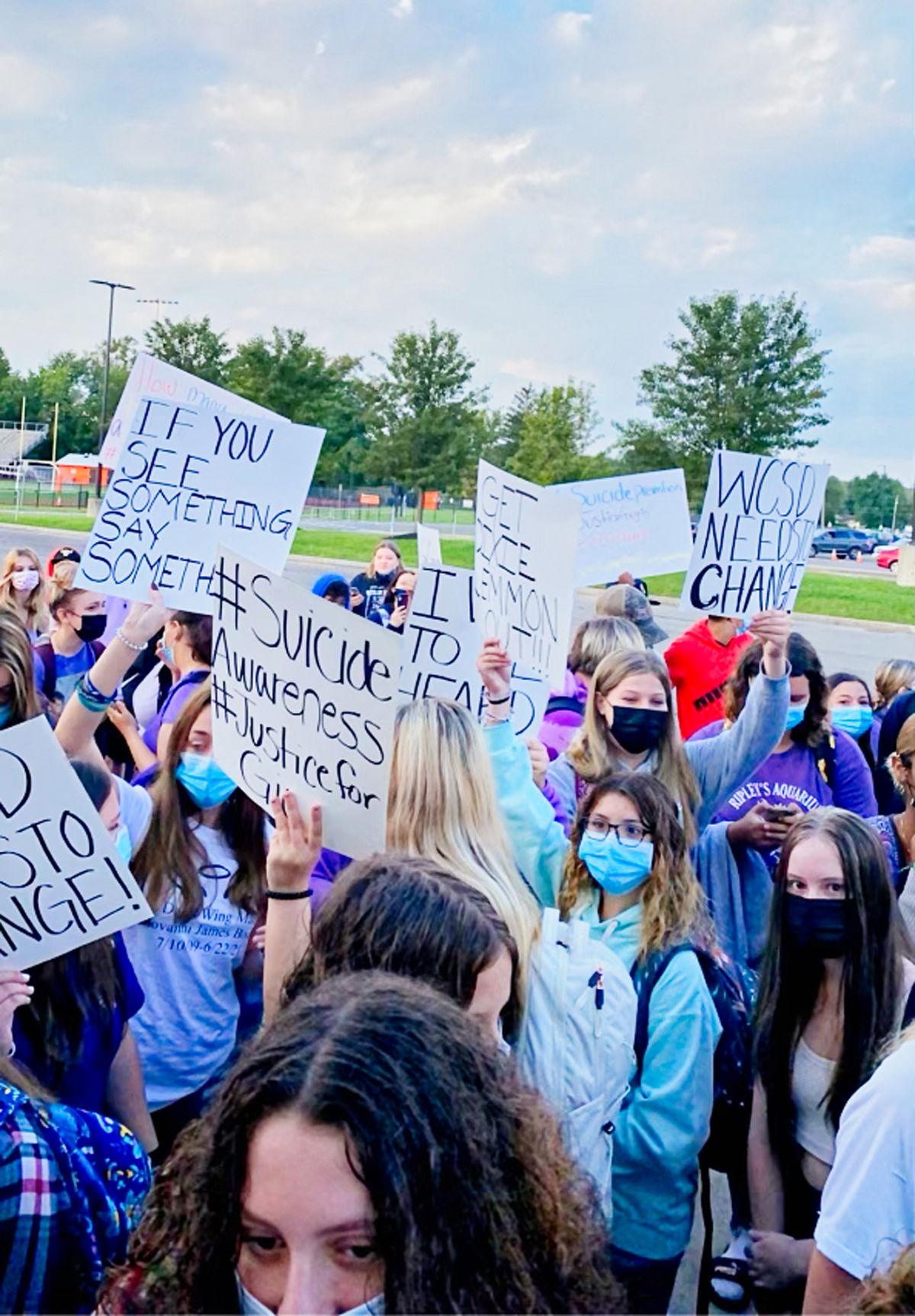 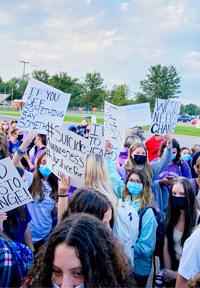 WATERLOO — Outraged by a comment from a teacher aide, about 100 students at Waterloo High School walked out of classes Friday morning.

The comment, that students thinking of suicide should “eat a cookie,” allegedly was made by a teacher aide earlier this week, during a class. It drew criticism on Facebook and escalated into Friday’s student walkout.

While the school district did not identify the aide, social media posts and other sources indicated Dixie Lemmon as the aide.

“The teacher aide, who works study halls and lunch periods, told students that if they were depressed and were thinking of suicide, they should eat a cookie,” said freshman Navaeh Gipson, who joined the walkout. “Many of those who heard it didn’t feel she has the right to say that, especially in a school that has had several suicides in the past five years. Some students were talking about how bad they felt about the sixth-grader who committed suicide earlier this year (Gio Bourne). That’s when the comment was made.”

Gipson said some students sent messages to school administration expressing concern about the remark and how they weren’t comfortable with it. They were told it was under investigation, but the aide is still there and nothing was done.

School Superintendent Terri Bavis addressed the students Friday morning. Gipson said Bavis told them there were better days to address the situation. Gipson also said some were threatened with being kicked off sports teams and were marked as absent for the day, even though the protest ended around 11:30 a.m. and they had the option of returning to classes. Most went home, Gipson reported, adding that “we made our point.”

Gipson noted that the students were denied the use of restrooms and had to use portable toilets. She said there was a police presence as well.

Angelica Smith posted a video on Facebook of herself headed to the high school office. It shows her in tears, questioning the “appalling behavior” and seeking an explanation of the teacher aide’s comment and its impact on students. Bourne, Smith’s 11-year-old son, committed suicide in June.

“Things will change,” Smith was heard saying. “I don’t think you understand the severity of this. My son died. We should not have to go through this.”

Later, Smith told the Times the comment about cookies was not funny and showed a lack of sensitivity that many students found hurtful. She said her daughter, a junior, also was shocked and hurt by the comment and participated in the walkout.

“There are numerous instances of bullying that this school says they will address, but don’t. They don’t admit they are wrong,” Smith said. “They need to make an example of this teacher. The culture has to change. They put things down on paper, but don’t follow through. My son would have been there with (the protesters), and making a change in how suicide is dealt with would honor his memory.

“The kids who walked out were peaceful and came up with a lot of good ideas for action,” she added.

School Superintendent Terri Bavis issued a statement on the district website. She said that on Sept. 14, the district received a report from a student about an alleged insensitive comment made by a staff member at Waterloo High School and an investigation began.

“Earlier today, a group of students walked out of class in response to the alleged comment by the staff member. Students were joined by a small group of parents in the demonstration, which took place on the school campus,” the statement said. “District administrators are working to address the incident and met with student leaders throughout the day to hear and understand their concerns.

“The district takes seriously any alleged bullying, threats and inappropriate comments in accordance with the Dignity of All Students Act and Board of Education policies,” the statement continued. “Reports are investigated thoroughly and handled accordingly. Each day, the district works to create a safe space and learning environment for all students. The district will continue this focus and work with students, staff and community members to address all allegations and concerns in an appropriate manner.”