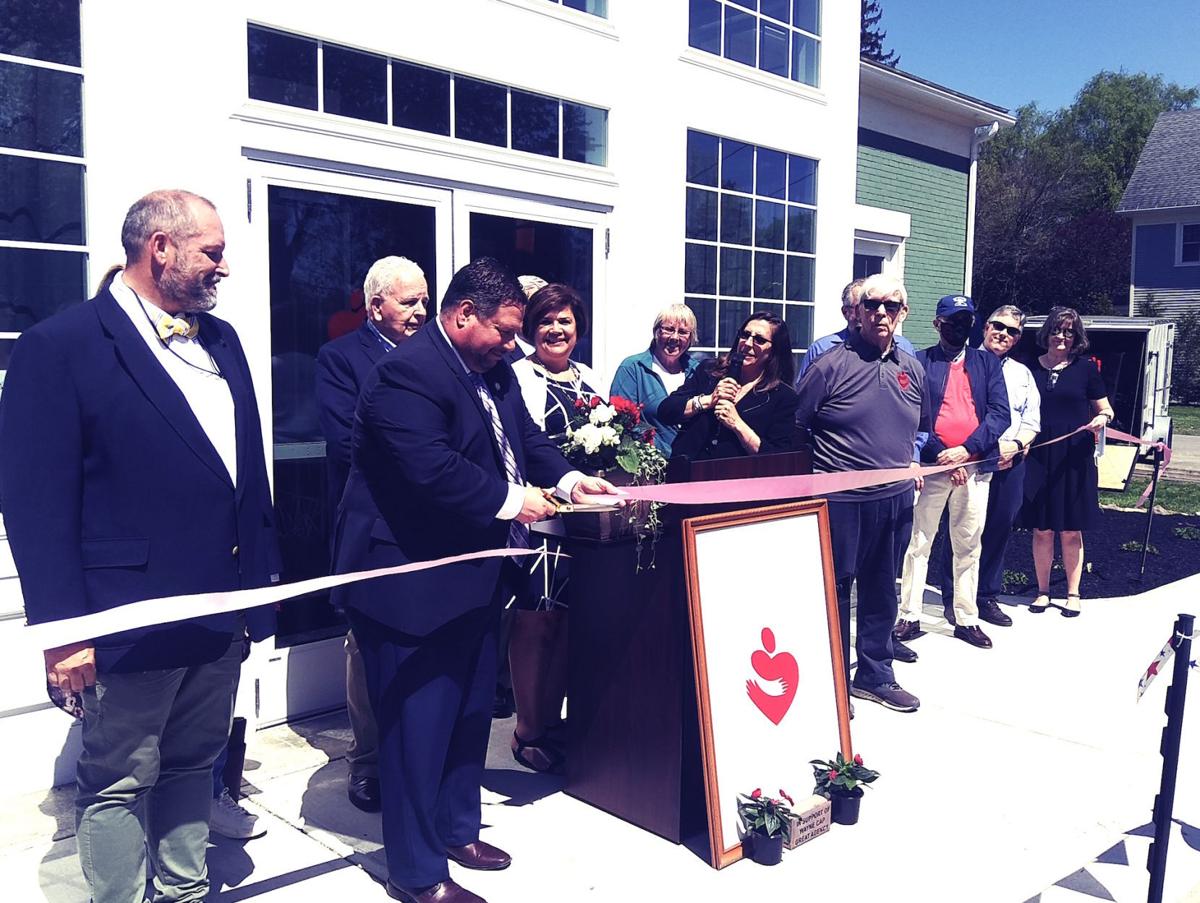 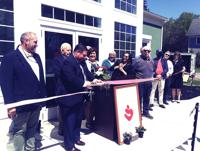 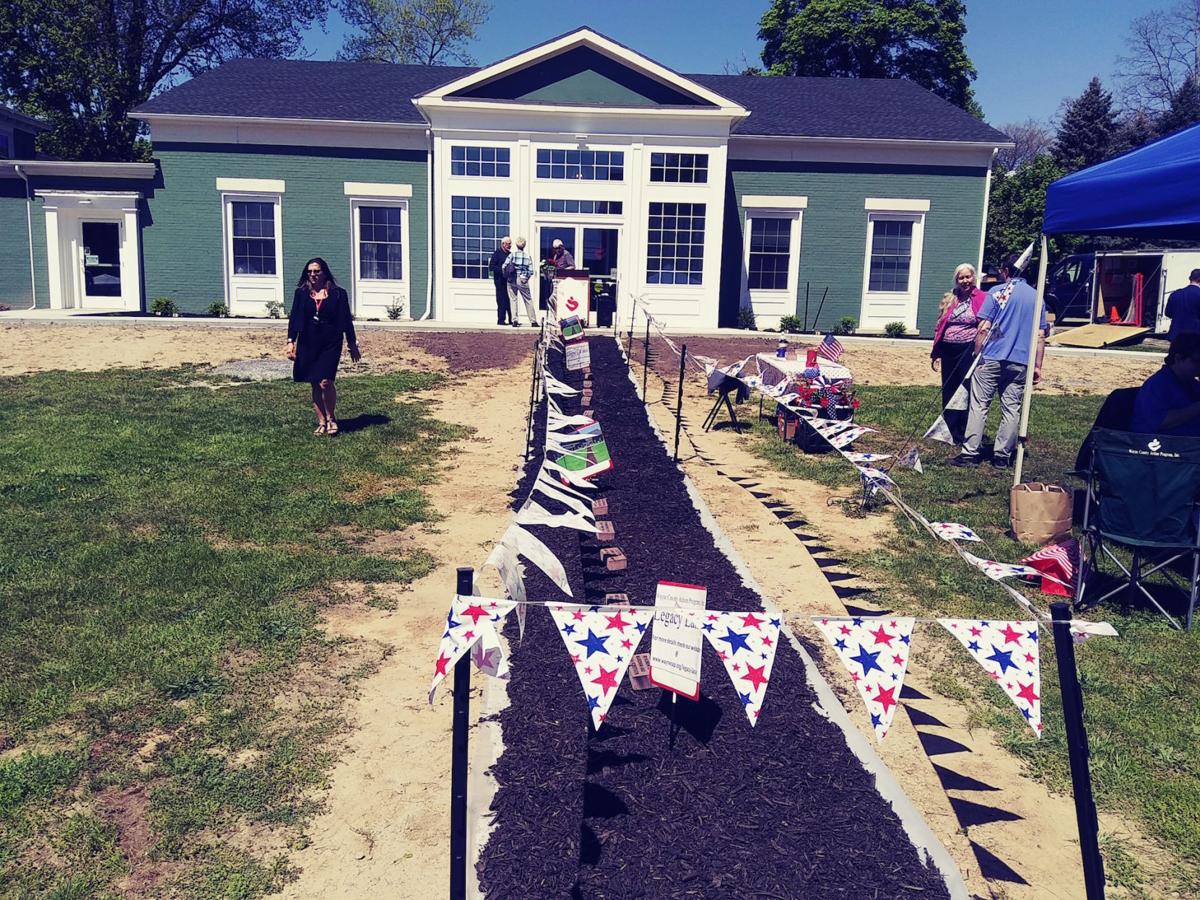 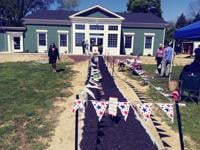 Wayne County Action Program Executive Director Janelle Cooper, left, walks near Legacy Lane, a path leading to the front of the agency’s new home in Lyons. The path will be built from bricks inscribed with messages to honor someone, commemorate an event or show support for the agency. The bricks will be incorporated into the path that leads from Broad Street to the main entrance. Bricks can be purchased by going to a link on Wayne CAP’s website. 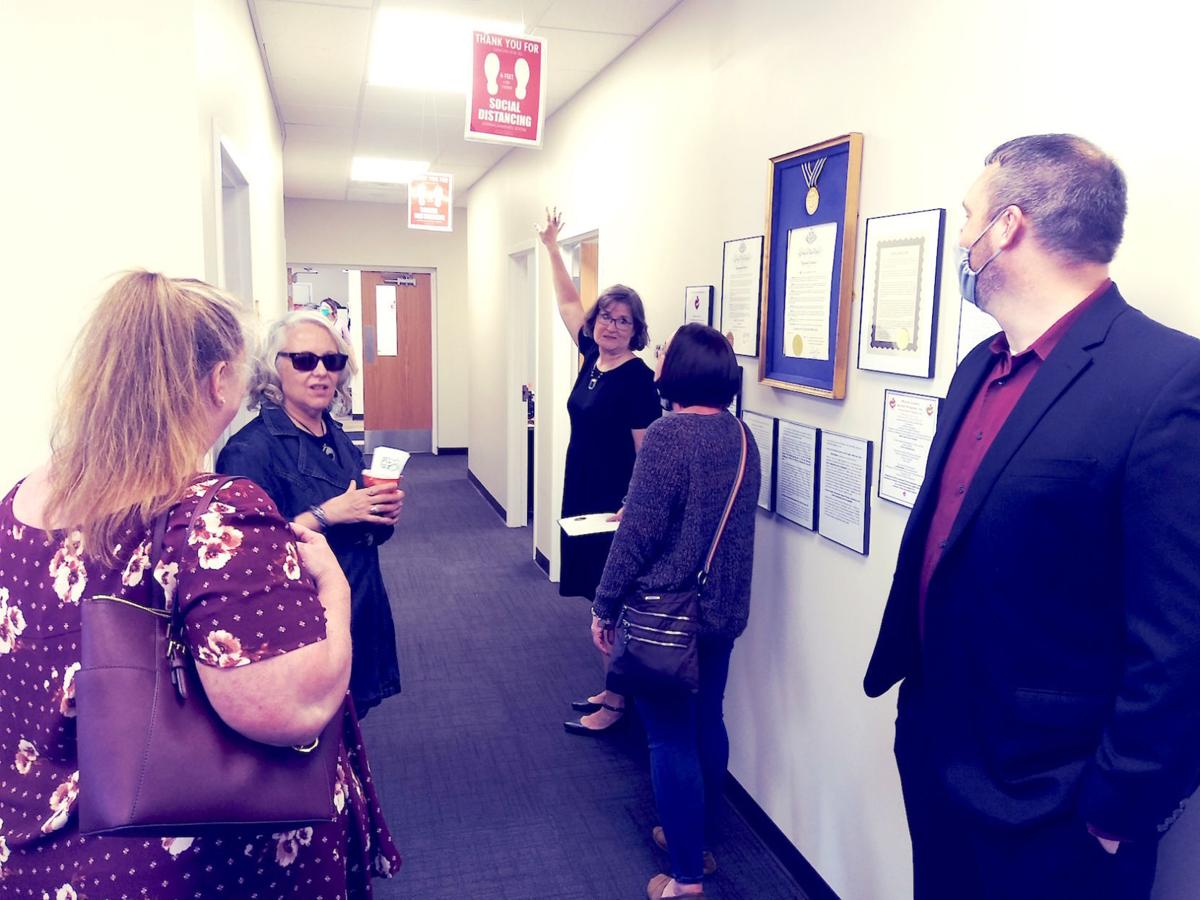 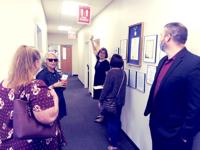 Wayne County Action Program Executive Director Janelle Cooper, left, walks near Legacy Lane, a path leading to the front of the agency’s new home in Lyons. The path will be built from bricks inscribed with messages to honor someone, commemorate an event or show support for the agency. The bricks will be incorporated into the path that leads from Broad Street to the main entrance. Bricks can be purchased by going to a link on Wayne CAP’s website.

LYONS — Above the fireplace at the Wayne County Action Program’s new home at 51 Broad St. is a framed black-and-white photo of Don Colvin, the former Savannah supervisor who served in the office for 48 years.

It’s there for good reason. Colvin was the catalyst for the beginnings of the Wayne CAP, the human service agency that serves people ranging from the very young to the very old.

He served as the agency’s board chairman for many years and watched it grow to serve many more people — anything from Head Start programs for children to weatherization and heating assistance for those in need.

He no doubt would be especially proud to see the agency’s new home in a renovated building that once housed the Lyons Community Center. On Friday, Wayne CAP leaders, employees and board members, as well as a number of state and county officials, celebrated the agency’s new home, not so far from its previous “new” home on Church Street.

His longtime friend, Wayne CAP Executive Director Janelle Cooper, pointed to Colvin’s meeting in the mid-1960s with Robert F. Kennedy, then a U.S. Senator, at Trombino’s, with Congressman Frank Horton also in attendance. Money was out there for new programs to help people in need, said Kennedy, and Colvin helped steer some of them to Wayne County with an agency like Wayne CAP in mind.

“He had the vision to know Wayne County could grow something fabulous,” Cooper told the crowd on a brilliantly sunny morning prior to the ceremonial ribbon cutting by State Assemblyman Brian Manktelow, who sold the building to Wayne CAP for $150,000 after investing $250,000 of his own money in improvements.

Larry Ruth, current president of the agency’s board of directors, credits the late supervisor as well.

“This (building) goes back to Don Colvin,” he said prior to the ribbon-cutting ceremony. “This was his vision. He is the father of this. It’s been a dream, a vision, to get as many departments under one roof.”

Ryan Robbins, who heads the agency’s weatherization program, was heavily involved in overseeing the project, for which Gorham-based Chrisanntha Construction Corp. was general contractor. The agency spent $435,000 on renovations in the project’s first phase of converting the former gymnasium into offices.

The second phase — renovating the former home, which connects to the small gym — will begin when additional funds are found. The agency is seeking grants to help pay for the work, Robbins said.

More Wayne CAP agencies — spread among offices in various parts of the county — will move into the historic home when renovations for the second phase are complete. Some, such as Head Start, will stay in their respective locations.

Work converting the former gym into administrative offices was expected to start in early 2020, but was delayed when COVID-19 shut down non-essential work for months, Robbins said. The project picked up in August, he said, and was finished at the end of November.

The renovation stayed under budget and was finished 1 1/2 months ahead of schedule, said Robbins. Wayne CAP staffers pitched in to help, including doing the painting.

Ruth credited the former Lyons supervisor, Manktelow, whose wife, Crystal, is an agency administrator, with helping the agency by selling the property far below market value.

“They (the price) don’t come any better than that,” said Ruth. “He’s been so community oriented. That’s how he operates. He looked out for the welfare of the community. He wanted something good to happen here.”

In remarks made prior to the ribbon-cutting, Manktelow, who served on the Wayne CAP board for nine years, said he believes the agency is best served by being in Lyons.

“I can’t think of a better home for this building,” he said. “It was a blessing to me because we wanted to see this building used.”