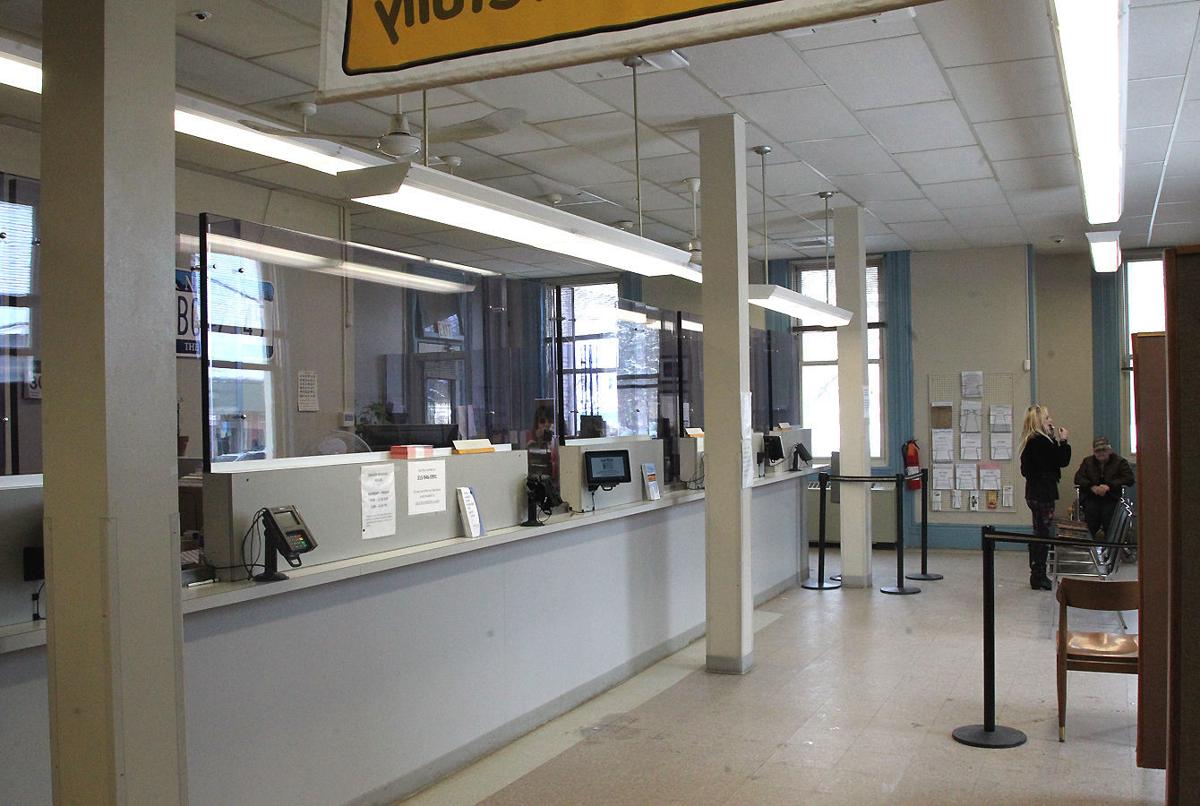 A detailed renovation plan at a cost not to exceed $187,700 is expected for the DMV office in Lyons. The renovations themselves are estimated at $1.75 million, said Kevin Rooney, the county’s director of public works. 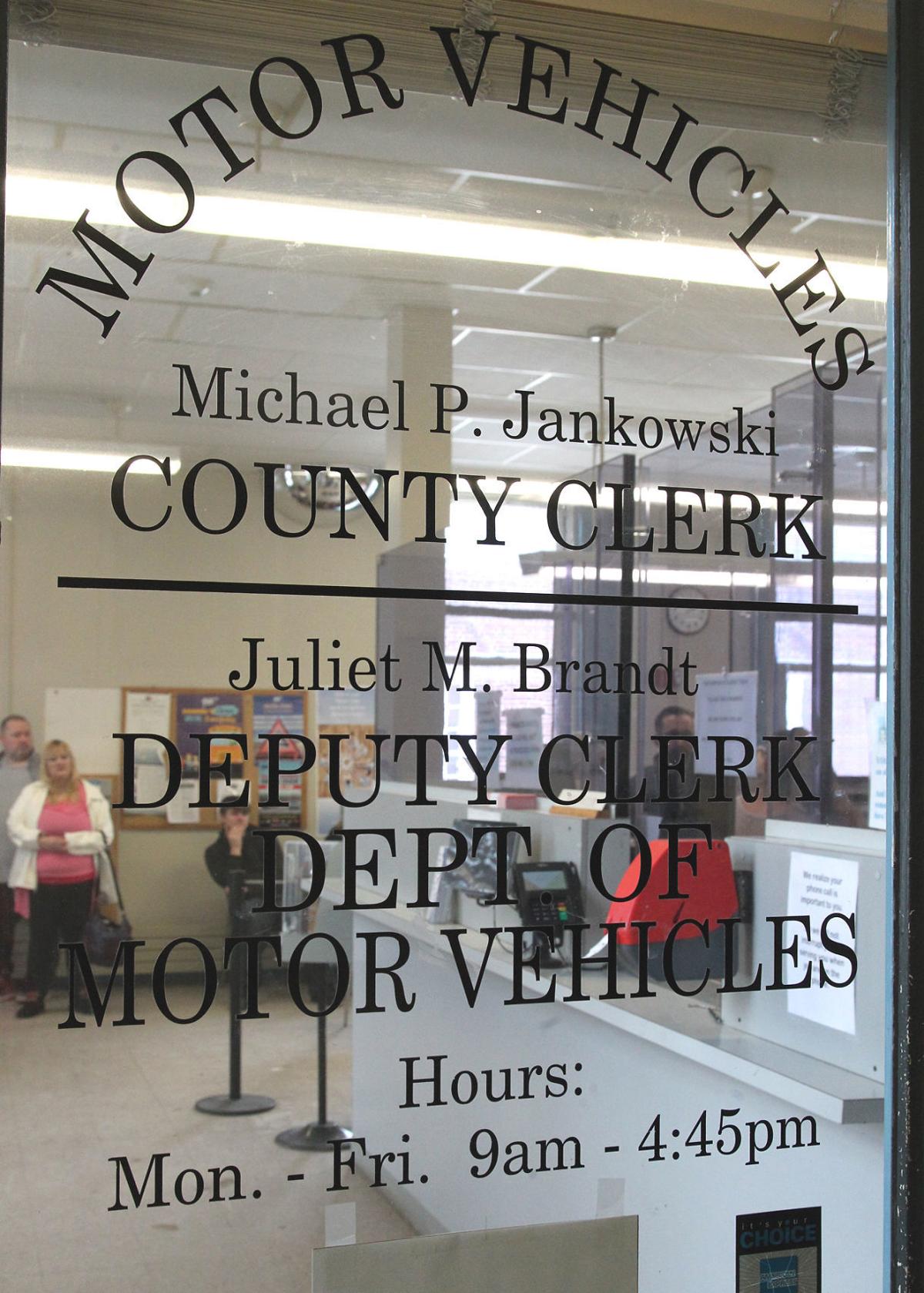 A detailed renovation plan, at a cost not to exceed $187,700, is expected for the DMV office in Lyons.

A detailed renovation plan at a cost not to exceed $187,700 is expected for the DMV office in Lyons. The renovations themselves are estimated at $1.75 million, said Kevin Rooney, the county’s director of public works.

A detailed renovation plan, at a cost not to exceed $187,700, is expected for the DMV office in Lyons.

LYONS — If there’s one Wayne County government building most residents enter at one time or another, it’s at 9 Pearl St.

That’s where the state Department of Motor Vehicles and the county clerk’s office reside. The DMV is a function of the clerk’s office.

“Everybody goes to the DMV,” County Clerk Mike Jankowski underscored. “We have the most general public contact of any agency.”

Jankowski said 9 Pearl St. is “one of the first buildings they built.”

While the second floor of the building, which dates back to the 1800s, has gotten some upgrades, little has been done on the first floor where DMV and the county clerk’s Office are, other than the installation of bullet-proof glass for DMV workers. It’s time for an update, Jankowski said.

The Board of Supervisors agreed.

At its Jan. 21 meeting, it took the first step towards first-floor upgrades, entering into an agreement with LaBella Associates to provide a detailed renovation plan at a cost not to exceed $187,700. The renovations are estimated at $1.75 million, said Kevin Rooney, the county’s director of public works.

“We need updating here,” Jankowski said. “I need more room for the DMV.”

Indeed, anyone whose done business there — from renewing driver’s licenses to registrations to getting learner’s permits — knows how cramped the space is. On a busy day, many customers are forced to stand because of limited seating.

“It’s very crowded in there,” he said. “We could use a bigger waiting area.”

While the DMV portion of the building’s first floor is in need of updating, there are renovation needs on the county clerk side as well, he noted. The space there is not well-utilized, and there’s a great need for a private room for real estate closings, Jankowsk elaborated.

“(People involved in the real estate closings) literally sitting in the middle of the entrance-way to the office,” he said. “It would be nice to have a formal closing room.”

Jankowski noted that the county’s Public Works Department, headed by Rooney and Deputy Superintendent Scott Kolczynski, have been through the two offices to assess the space issues and upgrade needs.

“It was the consensus that we needed to work on this building,” Jankowski said.

Rooney noted that some improvements have been done on the second floor, where the county’s economic development and tourism offices are, including a modern meeting room. Earlier projects included adding an Americans With Disabilities Act-compliant elevator.

LaBella, with input from Jankowski, will put together a floor plan for county approval this year, Rooney said.

Rooney said he looks forward to seeing what LaBella recommends, adding that the spaces could be radically different when the project — it likely would start in 2021 — is finished.

Among the options are taking some county clerk’s office space and adding it to the DMV side. This is plausible, said Rooney and Jankowski, because many of the loads of paper records the clerk’s office is required to keep are being digitized under a project the county clerk has spearheaded. Those paper records could conceivably be moved into storage at another site, freeing up space to address the DMV footprint shortcomings.

The other challenge, said Rooney: “(The two offices) have to remain operational during the project.”

The county knows something about this as well, as a couple of recent renovation projects involved moving offices temporarily during renovations. It’s currently happening at 16 William St., where all county offices, in particular treasurer, were moved to rented space in the old Lyons Village Hall so that major renovations could take place. Rooney said that project is on target for completion in February.

Rooney said the Pearl Street project is part of a county effort to modernize its older buildings, rather than building new space at the county complex on Nye Road. That’s good for county taxpayers and for Lyons as well, he said.

Renovation costs estimates were not available as of Friday.