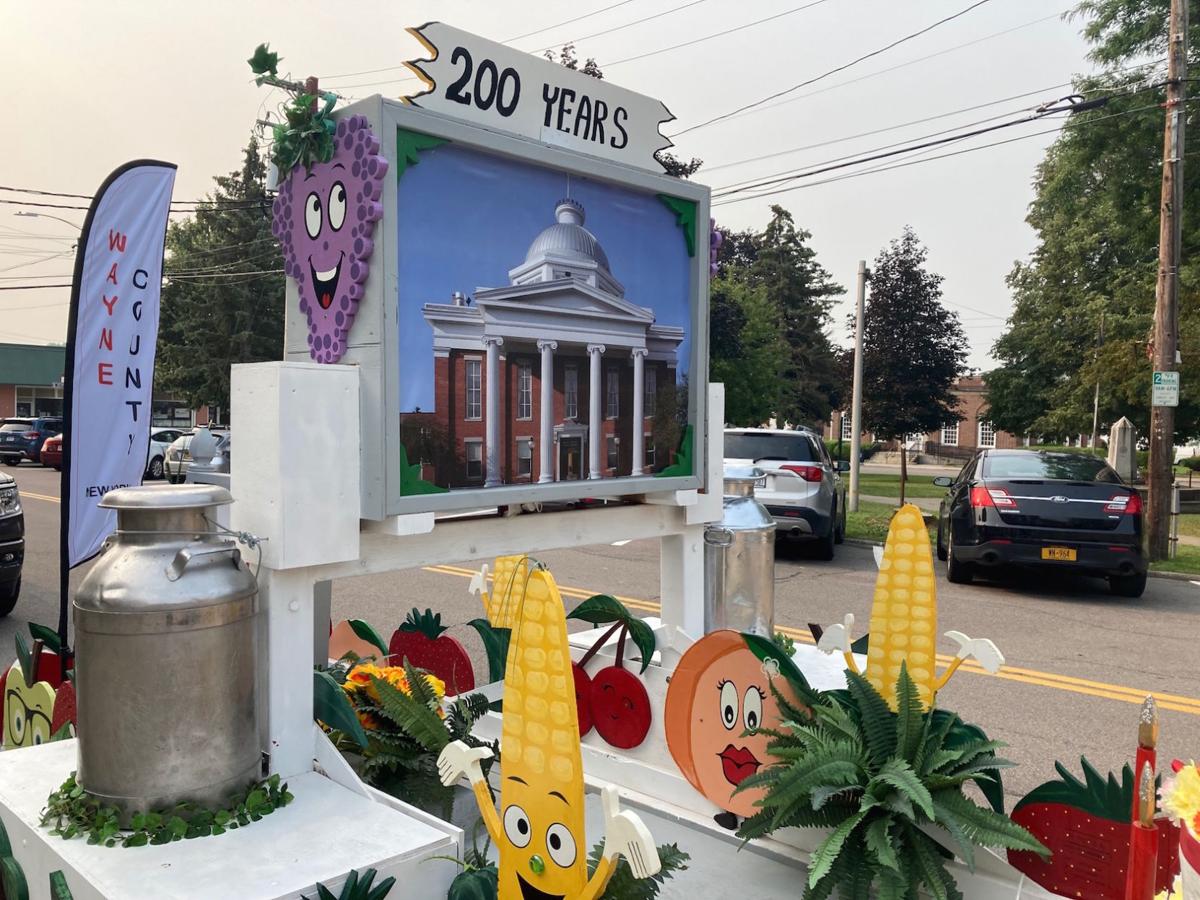 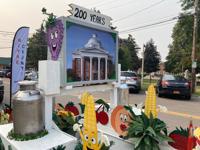 The Wayne County Courthouse is one of the features of the county’s bicentennial float. 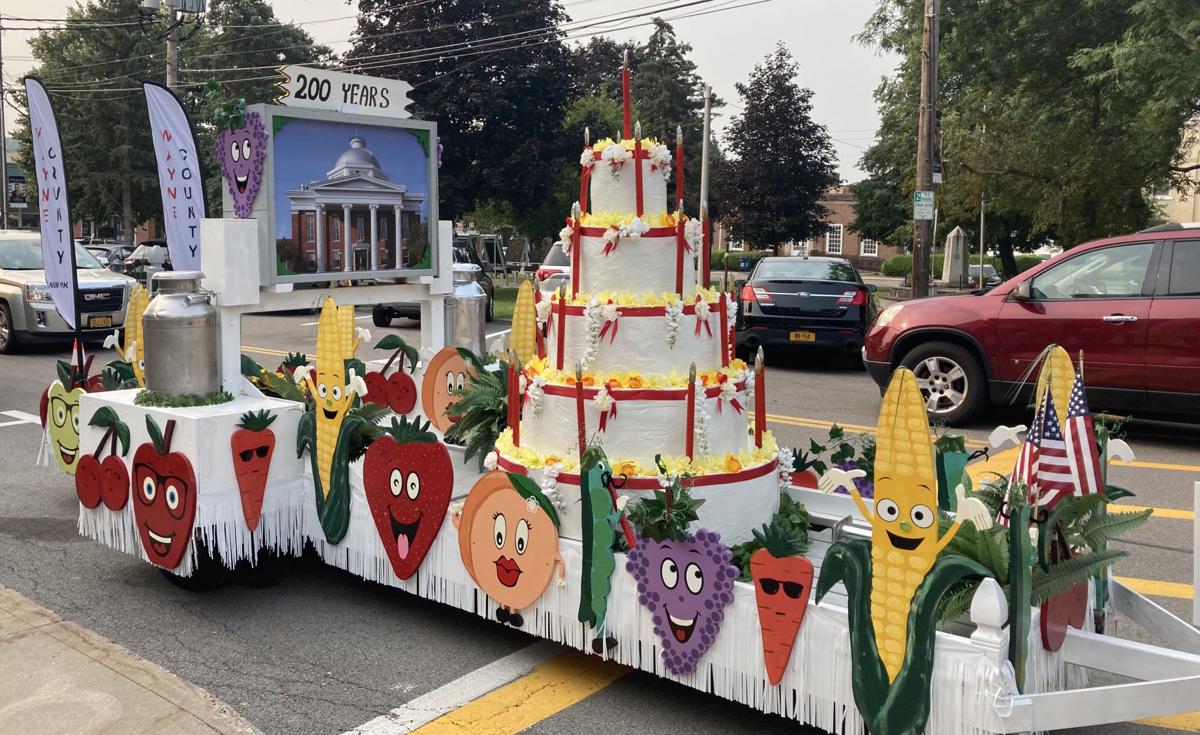 The Wayne County bicentennial float sits on Church Street in front of the Wayne County Courthouse Tuesday morning prior to the Board of Supervisors’ monthly meeting. 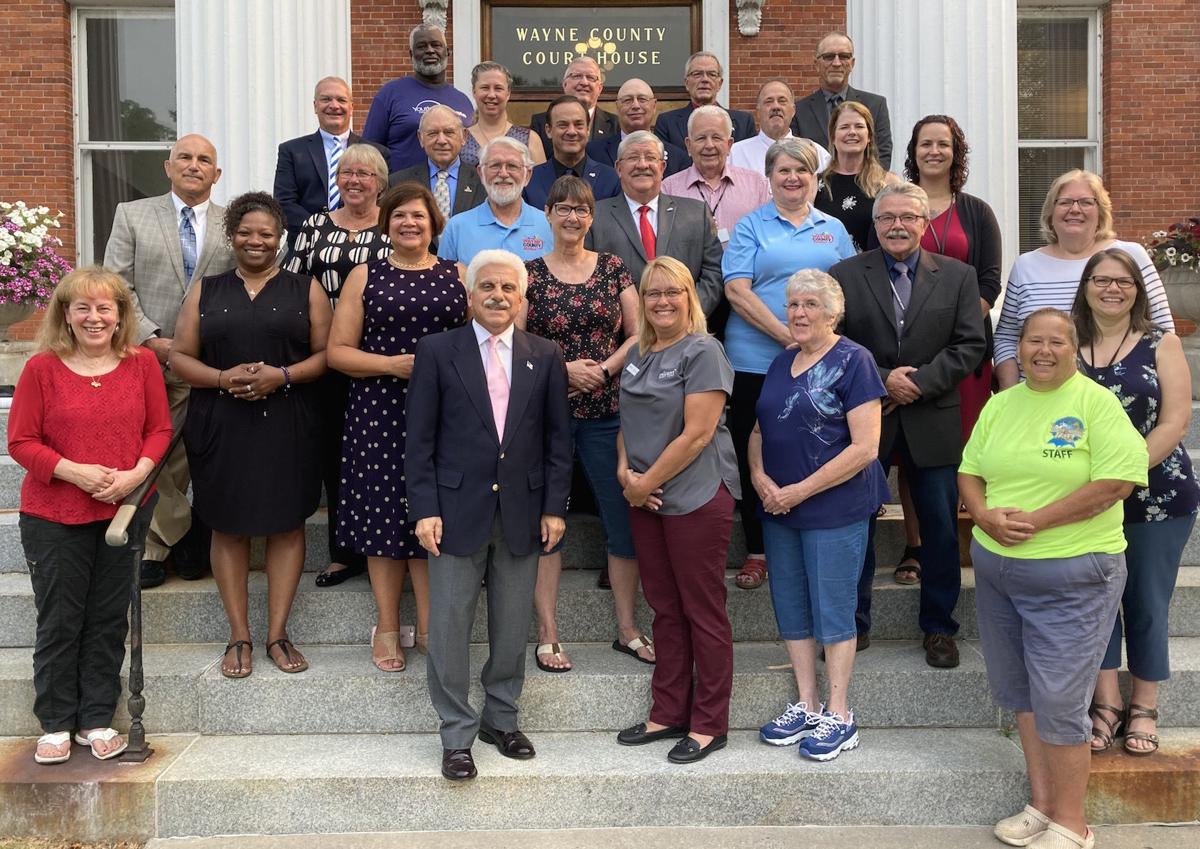 The Wayne County Courthouse is one of the features of the county’s bicentennial float.

The Wayne County bicentennial float sits on Church Street in front of the Wayne County Courthouse Tuesday morning prior to the Board of Supervisors’ monthly meeting.

LYONS — From the Fox sisters to Mormonism to apples and peppermint and more.

A whole lot has happened since Wayne County was formed on April 11, 1823, after being split off from Ontario and Seneca counties.

Now county officials are planning a big birthday bash to celebrate Wayne’s 200th year in 2023, but such a celebration takes time to put together. A committee led by co-chairs Gene Bavis of Walworth and Rosa Fox of Huron, as well as advisor/liaison Peter Evans, the county’s historian, is doing just that.

A Facebook page has been created with historic photos, features on the county’s many museums and more, as part of an effort to generate excitement for 2023.

One of the more visible bicentennial creations is a float that already has been seen at community events this year, including the Williamson Apple Blossom Festival, Lyons Peppermint Days, and, over the weekend, the Walworth Festival in the Park.

The float made its way to the Wayne County Courthouse Tuesday morning, where the Board of Supervisors was meeting. Supervisors and Bicentennial Committee members posed for a photo on the courthouse steps and with the float.

The float will be seen at numerous other events leading up to and including the bicentennial year, said organizers.

Other projects include a two-year Bicentennial Calendar (2022-2023) filled with photos and historic moments from each of the county’s 15 towns.

The calendar will be sold at farmers markets, historical societies and community events throughout the county.

The committee also is looking for additional financial support. Go to the Wayne County NY Bicentennial 2023 Facebook page for more information on ways to donate.

Three kittens ready for adoption. One is black, the other