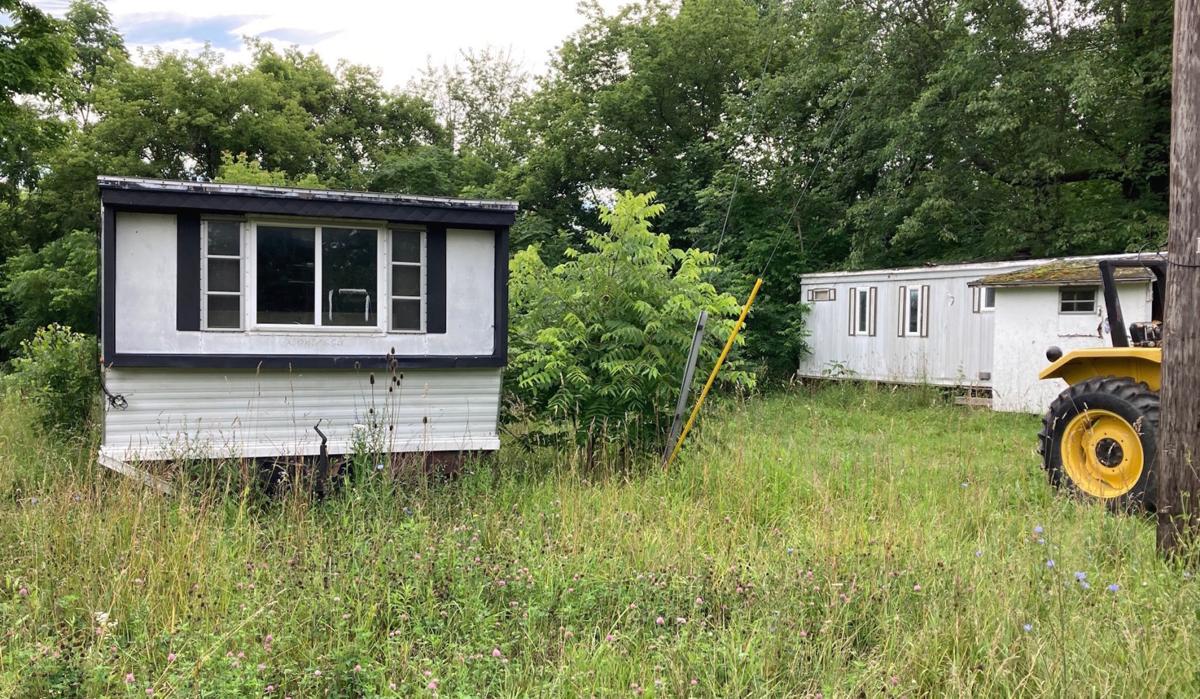 Abandoned homes are seen at the Sandhill Mobile Home Park on Sandhill Road in Arcadia. Wayne County obtained the park, which still has some residents, in a tax foreclosure and is turning it over to the Wayne County Land Bank. The agency is looking to clear the property and then will look to find a buyer for the park, which sits on about 100 acres. 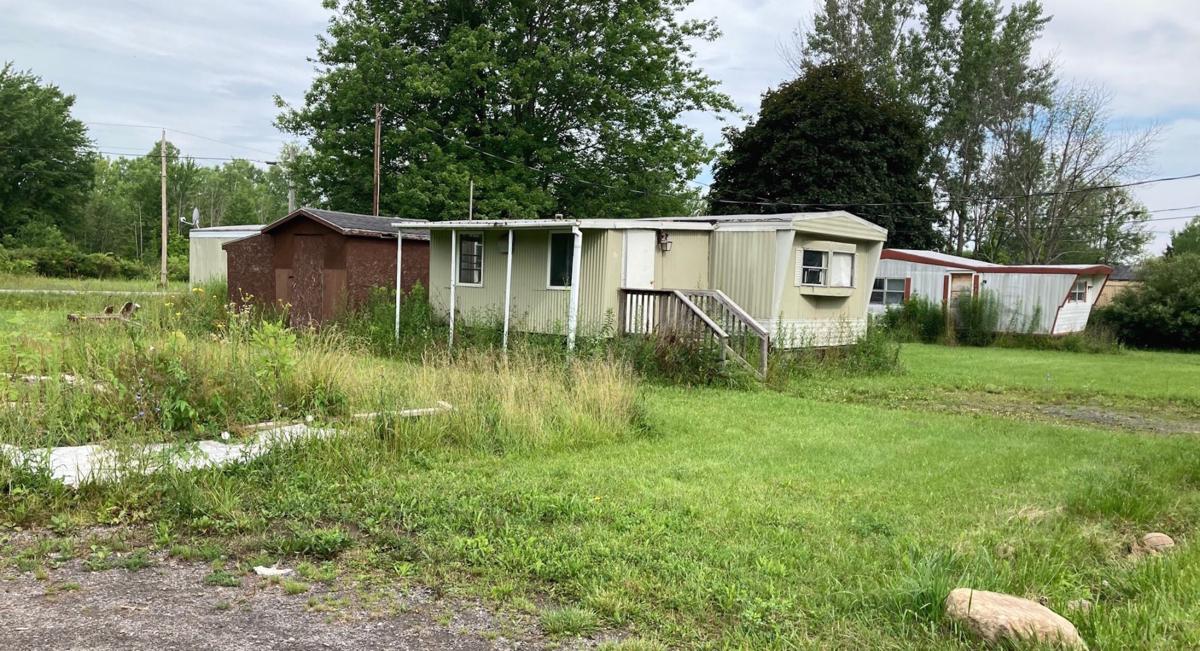 Another view of the nearly vacant Sandhill Mobile home Park on Sandhill Road in Arcadia, which the county has taken in tax foreclosure. 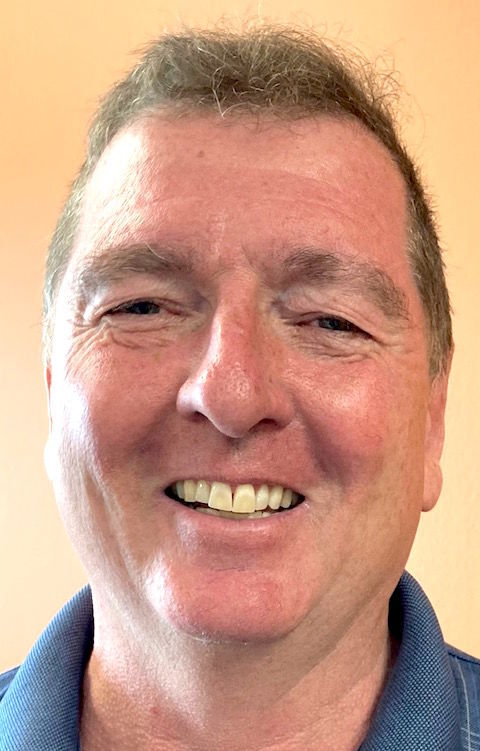 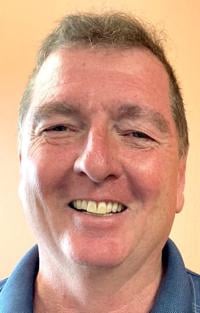 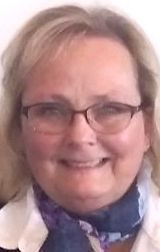 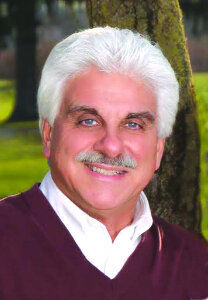 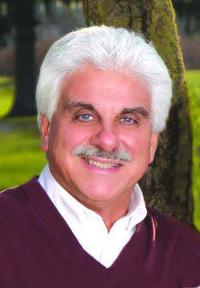 Abandoned homes are seen at the Sandhill Mobile Home Park on Sandhill Road in Arcadia. Wayne County obtained the park, which still has some residents, in a tax foreclosure and is turning it over to the Wayne County Land Bank. The agency is looking to clear the property and then will look to find a buyer for the park, which sits on about 100 acres.

Another view of the nearly vacant Sandhill Mobile home Park on Sandhill Road in Arcadia, which the county has taken in tax foreclosure.

LYONS — Mark Humbert spent 30 years helping students at SUNY Oswego get the money they need to go to college. When he retired in 2019, he didn’t need to take on another challenge.

“I could have stayed home,” said Humbert, director of the Wayne County Land Bank Corporation, a 3-year-old agency created by the Board of Supervisors to address blighted properties.

Home would be the Rose farm that has been in his family for generations.

While still working at Oswego, Humbert was having beers with friend Brian Manktelow, a state assemblyman who was one of the people behind the Land Bank’s creation during his tenure as Lyons town supervisor. Manktelow asked him to consider overseeing the nascent agency, which had no director. Humbert passed.

However, when the agency’s first director left the position after just a few weeks, Humbert again was encouraged to consider the job. This time, he said yes.

In 2019, Humbert was appointed director by the Land Bank’s governing board.

With the support of the county — it now gives all revenues from its tax foreclosure sale to the agency — and with the help of state grants, the agency Humbert heads has taken on numerous derelict properties, mostly on the eastern side of the county.

“It showed their commitment to clean up the county,” Humbert said of the supervisors’ decision to turn over auction proceeds to the Land Bank. “It’s hard to invite people into these areas (with so many blighted properties).”

Among the success stories, Humbert pointed out the removal of the old cold storage plant on Elmer Street in Lyons in the fall of 2020.

“It was dangerous,” Humbert said. “It has been sitting unused for decades. It was a horrible eyesore to that neighborhood.”

“This blight really does bring down neighborhoods,” he said.

Improving neglected properties can help challenged neighborhoods rebound, Humbert believes. He pointed to the recent Lawrence Street project in Lyons, where he said the rehabilitation and redevelopment of a vacant and dilapidated home into the Child Advocacy Center of Wayne County resulted in additional homeowners improving their properties on the street.

“It becomes contagious,” he said. “We want to get the parcels, do the right thing, whether repair or demolish, and get them back on the tax rolls as quickly as possible.”

Another recent Land Bank project involved the removal of the dilapidated Sodus Hotel in April. Wayne County Economic Development Director Brian Pincelli obtained a grant to pay for the demolition.

Humbert said he’s not a fan of tearing down historic structures, but the long-vacant hotel was beyond saving and needed to go.

“No one had come forward with a plan to save it,” he said.

“We’re so fortunate to have him,” said Groat, who envisioned such an agency when he served on the county’s Derelict Properties Committee. “We’re trying to be proactive, not reactive, when issues come up.”

As an example of the latter, Groat notes the Land Bank’s interest in the Sandhill Road Mobile Home Park in Arcadia, a dilapidated site under government scrutiny — including the state Department of Health — for years because of poor living conditions, with failing septic systems.

The park was obtained by the county through tax foreclosure, but instead of putting the trailer park up for auction, Treasurer Patrick Schmitt approached the Land Bank to consider taking it on.

“Every year the county reviews tax foreclosure parcels to decide what items should be auctioned off and what should not,” said Schmitt. “Now that the Land Bank has been established, anything that we decide not to auction off is transferred to it. In the case of the Sandhill Mobile Home Park, during my due diligence of reviewing the history of the parcel, I learned that it had significant issues that needed to be addressed. I wanted to ensure that this parcel was transferred to a responsible owner that had the knowledge and means to correct the issues within the park. The Land Bank is the perfect tool to accomplish (this), as they have the ability to place enforcement mortgages on a parcel that would ensure the new owner makes the necessary repairs in the park.”

Humbert explains that enforcement mortgages are stipulations that state that if a buyer of Land Bank property does not do what is promised, the agency can take it back.

“One of our biggest assets is the enforcement mortgage,” said Groat.

Humbert said some members of the Land Bank’s governing board were not sure taking ownership of the trailer park was a direction the agency should go.

The mobile home park presents a big challenge, said Humbert, because people are still living in three homes there amid an array of abandoned trailers surrounded by high weeds.

Humbert said the Land Bank is about addressing blight, but in his estimation, blight goes beyond dilapidated buildings; it has a human element as well. He pointed to the Land Bank’s rehabilitation of the Lawrence Street property for the Child Advocacy Center. Their efforts help county agencies assist families in crisis because of child abuse, Humbert explained.

Child abuse, said Humbert, is a blight on the county.

As for Sandhill, Humbert said the county is setting up a crisis team to assist the park residents, who will have to be moved as the Land Bank clears the old homes that dot the small park or finds a buyer who will be required to do those things. The team includes members of the county’s health and social services departments.

But for those who remain at the park on 100 rolling acres of country land, it’s home.

Jericho Rodriguez, who works at Seneca Foods in Geneva, said while working on his car outside his mobile home last week that he and his family have lived there for two years. Their home is in good shape and they fixed their septic issues, he said.

He said he did not know about the actions the county was taking.

Ellen Wayne, commissioner of social services and a friend of Humbert’s, recognizes that Sandhill is a challenging situation.

“It doesn’t surprise me that a resident would express the desire to stay,” she said. “Condition of the park aside, it’s important to realize that in situations where crisis is unfolding around you, often times familiar is better. This is a situation where people’s lives are being significantly uprooted, and the uncertainty of that alone is upsetting and can cause people to cling to what stability they have — in this case, less than favorable living situations.

“And while we believe we are moving forward with their best interest and safety at heart, we do understand that often times there is a reluctance to trust resources that are available to assist,” she continues. “If persons haven’t always had favorable experiences with the agencies seeking to help, you can understand the reluctance that might be there. Even though we try to do better by people, and our team response effort is coordinated so we don’t overlook any of the unique needs of residents, we still have to recognize that we are dealing with very delicate and the most basic level of security that people have and their desire to cling to it.”

The health department’s Devlin did not respond to a request for comment on the Sandhill park matter.

Humbert said no one deserves to live in the conditions that exist at the mobile home park.

“This is squalor,” he said.

County Administrator Rick House said supervisors did the right thing several years ago when they took advantage of an expansion of the number of land banks allowed in New York.

“The Land Bank has done a phenomenal job in this county,” he said. “It’s a long-needed service. I can’t say enough about Mark and his operation.”

Another unique property being turned over to the Wayne County Land Bank is the former Rando Machine plant on Route 31 in Macedon.

The site has a history of contamination. Pollutants from the plant got into the groundwater, forcing the closure of the former village of Macedon’s water wells.

Rando, which moved operations to Victor a few years back, let the property go to auction rather than sell it, said Land Bank Director Mark Humbert.

The company continued to use the facility for years with remediation continuing.

Humbert said it’s virtually a flip for the agency, so long as they can ensure a potential buyer that remediation protocols are in place and that the new owner will not take on any legacy environmental issues.

“It is in good shape,” Humbert said. “We’re going to be very anxious to flip that as soon as possible. This can be occupied right away. There’s not been new contamination.”

Before letting it go to foreclosure, Rando listed the property for $1.4 million. Humbert does not know what the building will fetch the agency.

Once the property is sold, the county will get its back taxes back, Humbert noted.

“It’s doing what’s right for the town, the property and the county,” said Humbert, who thinks the building could be sold by August.

He does not know why Rando decided to let the property go to tax foreclosure.

LEGAL NOTICE Notice of formation of BOWEN BOUGHT AND SOLD