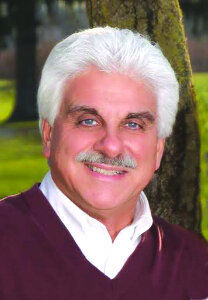 LYONS — When Wayne County shoppers buy clothing and shoes in retails stores next March, they may notice a change.

They’ll be paying a little more.

Last week, the county Board of Supervisors eliminated by a narrow vote a 16-year-old sales tax exemption for clothing and shoe purchases up to $120.

Wayne was one of eight counties in the state that offered the 4 percent exemption, which will end March 1, 2020.

The state continues to offer a 4 percent exemption on its portion of the county’s 8 percent sales tax.

The resolution passed Nov. 19 on a weighted vote, said County Administrator Rick House; the weighted results were not available Monday.

Supervisors began debating the issue during budget discussions in October. Some lawmakers argued the exemption was an incentive for people to shop at Wayne County retailers because no other counties in the region offered the tax discount. Others said it was unlikely the exemption was making a difference in buying habits and that most shoppers were likely unaware of the discount.

House said Spickerman believed the exemption saved money for the county’s poor, while Groat countered that it was a “fair tax” that would hopefully be used to reduce property taxes.

The additional tax revenue that would come from the exemption’s elimination — estimated at $600,000 — will be redistributed, with the county taking $500,000 and the towns and villages sharing the remaining $100,000.

House said it’s likely the $500,000 the county expects to get will be used to reduce the amount to be pulled from general fund reserves, as opposed to reducing the tax rate in the tentative $190.5 million budget for 2020.

In another budgetary move, supervisors last week approved a measure allowing them to exceed the tax cap for 2020. House said it was done as a precautionary measure, because this year’s tax levy cushion is smaller, about $54,000.

“There’s not a lot of cushion,” House said, explaining that if “unforeseen circumstances develop on the revenue side and the county is forced to exceed the cap, it would not have the legal authority to do so. That could result in the county getting in hot water with the state.