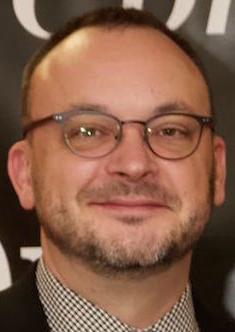 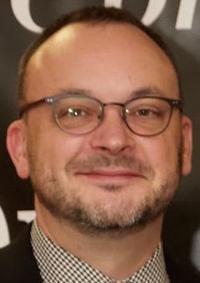 LYONS — Not every county shares sales tax revenues with its municipalities. Wayne County does, however.

And the county takes that sharing a step further by giving its school districts a cut as well.

The latter has drawn criticism from a number of Wayne supervisors over the years, but proposals to cut off the aid to schools ultimately have been rejected.

So when Board of Supervisors Chairman Ken Miller of Palmyra announced an ad hoc committee to examine sales tax distribution, it might appear to some that supervisors were ready to have another debate on whether schools should continue to get a $5.4 million slice of a $52.4 million pie from sales tax collections in 2020.

That figure has been capped by supervisors since 1991. The original sales tax agreement adopted five decades ago gave schools 33% of the revenues.

However, county officials say the formation of the ad hoc committee — which includes supervisors, members of the county administration and the county treasurer — doesn’t mean another effort to cut school districts or even municipalities out of the collections.

“There’s no definitive plan in the works,” said County Administrator Rick House. “It needs to be reassessed where we are as far as our redistribution is concerned. It’s prudent to reassess the way to do everything. We reassess all our fiscal obligations, and this is just part of it.”

Miller said forming the committee does not mean changes are coming to sales tax distribution.

“There’s no ulterior motive,” he said. “It’s just appropriate to look at sales tax distribution. Most of the towns (and villages) rely on this for revenue. I would like to have the Board of Supervisors review and make sure it’s still in line for the year 2021. … We are not doing anything behind anybody’s back.”

In the region, Ontario County shares with cities, towns and villages, while Yates and Seneca do not. Only Wayne gives sales tax money to school districts.

Previous proposals to cut schools out of the distribution were met with considerable opposition by district superintendents, including Palmyra-Macedon’s Bob Ike.

In an emailed statement provided to the Finger Lakes Times, Ike said he does not oppose the committee’s formation.

“County Administrator House and I had a conversation about the ad hoc committee to examine sales tax distribution,” he said. “The distribution of sales tax revenue to school districts has supported students, parents, business owners and Wayne County taxpayers for more than 50 years. The sales tax shared with school districts is applied as a credit that effectively reduces school tax bills for Wayne County properties only.

“The Board of Supervisors, Wayne County boards of education and superintendents have worked closely together on this issue in the past,” he continued. “I have personally met with many of Wayne County’s leaders in the last 14 years, and know they are well aware of the substantial benefit to Wayne County residents that sales tax distribution provides. Chairman Miller’s formation of this ad hoc committee shows responsible fiscal oversight. I am confident that if the committee recommends substantial changes, representatives of Wayne County’s school districts will be included in the discussion. We are all partners in working together for the benefit of Wayne County.”

District superintendents in Newark, Lyons and Clyde did not respond to requests for comment from the Times, nor did the mayors of Clyde, Newark and Palmyra.

Sales tax distributions at a glance

A look at distributions to some Wayne County towns and villages for 2020:

Distributions to some county school districts: