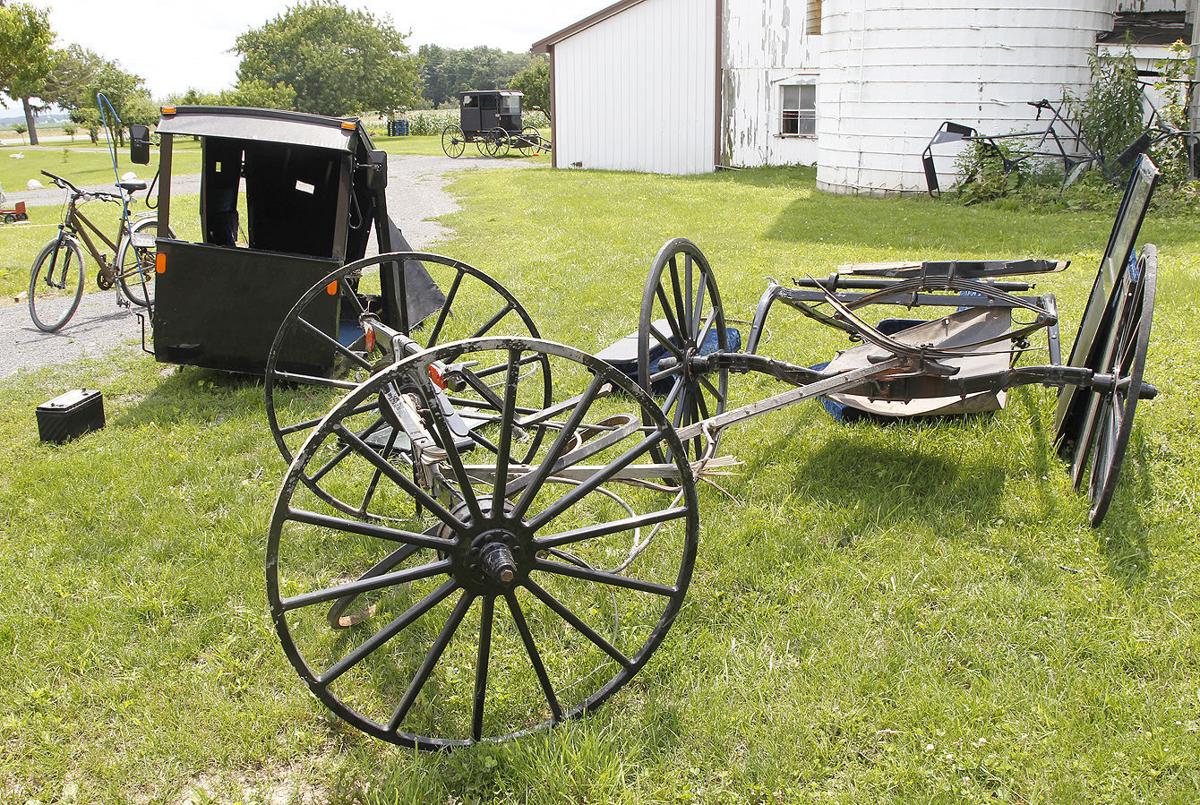 The wreckage from a vehicle/buggy crash Wednesday on Route 14A near Penn Yan is now at the Horning farm just up the road in Benton Center. 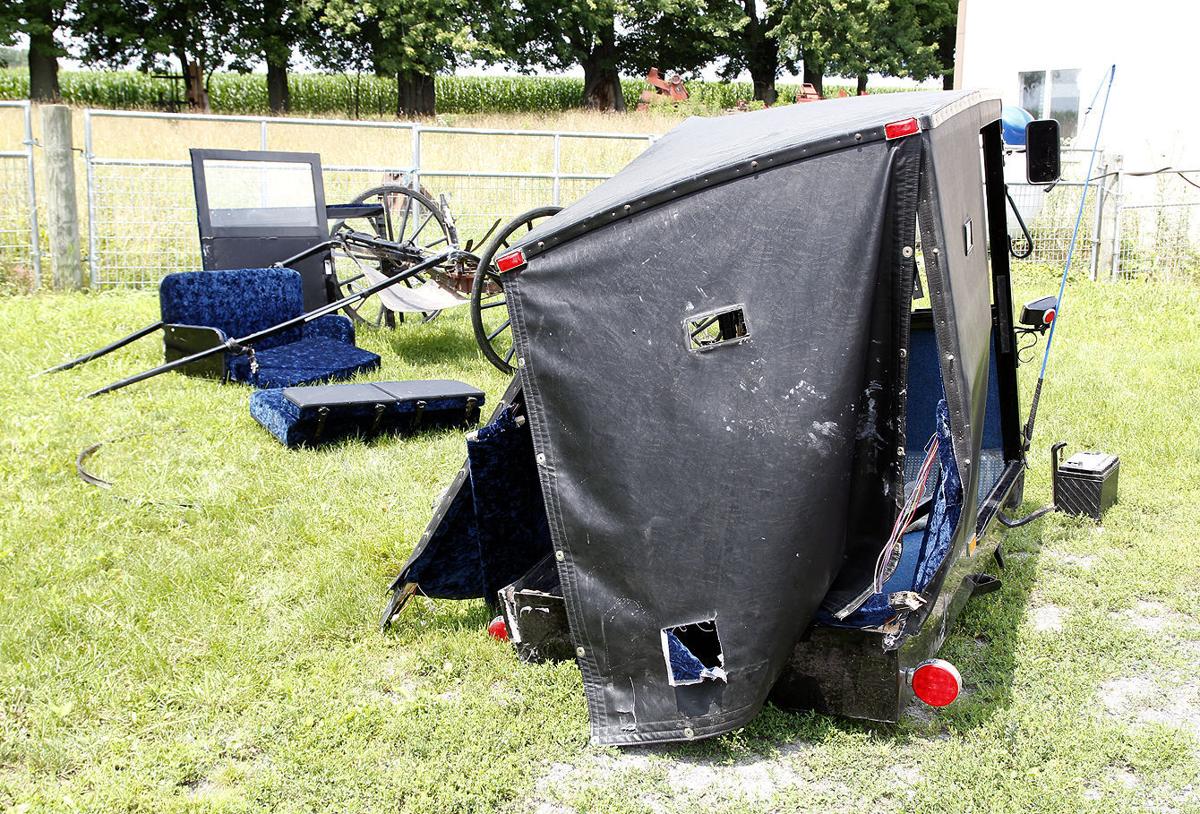 The family of Ivan and Ella Horning, who were seriously injured in Wednesday’s vehicle/buggy crash on Route 14A in Benton, hope the accident raises awareness of sharing the roads.

The wreckage from a vehicle/buggy crash Wednesday on Route 14A near Penn Yan is now at the Horning farm just up the road in Benton Center.

The family of Ivan and Ella Horning, who were seriously injured in Wednesday’s vehicle/buggy crash on Route 14A in Benton, hope the accident raises awareness of sharing the roads.

BENTON — While the investigation continues into a Wednesday crash that seriously injured two well-known members of the local Mennonite community, the couple’s family hopes the incident raises awareness of motor vehicles sharing the roads with horse-drawn buggies.

“We are not placing fault or blame. It is not our way,” said a close family member of Ivan and Ella Horning, who are recovering at Strong Memorial Hospital in Rochester. “We hold no grudge. We just want to help the public recognize the situation and what happens with distracted driving.”

The family member did not want to be named by the Times, but gave permission to be quoted and for the paper to get photos of the wreckage Thursday. It is at the Horning farm on Route 14A near the hamlet of Benton Center, about three miles north of the crash site.

Ivan Horning was the longtime owner of Horning’s Greenhouse, which is now owned by a family member after Ivan retired.

The crash happened about 2:30 p.m. Wednesday on Route 14A near Marble’s Automotive, just north of Penn Yan. William Valentin, 55, of Geneva, rear-ended the buggy while driving north.

Ivan Horning, 80, who was driving the buggy, was ejected as was his 79-year-old wife. They were taken by medical helicopters to Strong.

Valentin was not hurt. His car was towed from the scene.

The Hornings’ horse, which survived, ran from the scene and was later secured by a nearby farmer.

Yates County Sheriff Ron Spike said the stretch of road where the crash occurred has two northbound lanes, one for slower traffic on the right. That part of the highway is near the top of a hill coming out of Penn Yan.

The family member said in addition to a slow-moving vehicle emblem, Ivan’s buggy had blinking lights that were likely on, but he couldn’t be certain.

The family member said he was told by a sheriff’s investigator that distracted driving was a likely cause of the crash, but Spike did not respond to an email to confirm that.

The crash comes about a month after a Potter woman, 67-year-old Ada Horning, was killed when a buggy she and her husband were in on Route 364 in Potter was hit by a vehicle driven by a Dundee man. The man told police he was adjusting his vehicle radio at the time.

The family member of Ivan and Ella Horning said the Hornings from Potter are distant relatives. He added that Ivan and Ella, who were one of the first Mennonite families to move from Pennsylvania to Benton in 1977, are well known to many Yates County and Penn Yan residents.

“So many people, both Mennonites and the English (non-Mennonites), have called since the accident,” he said. “We are grateful for the support.”

The family member said despite more buggies being on the road in the Lancaster (Pa.) area, where the local Mennonite community is derived from, there are far fewer crashes.

“The roads down there are hilly with curves, and there are no shoulders on the road ... but fast traffic mingles with buggies all the time with fewer accidents,” he said. “I think people up here use their cruise-control more often.”