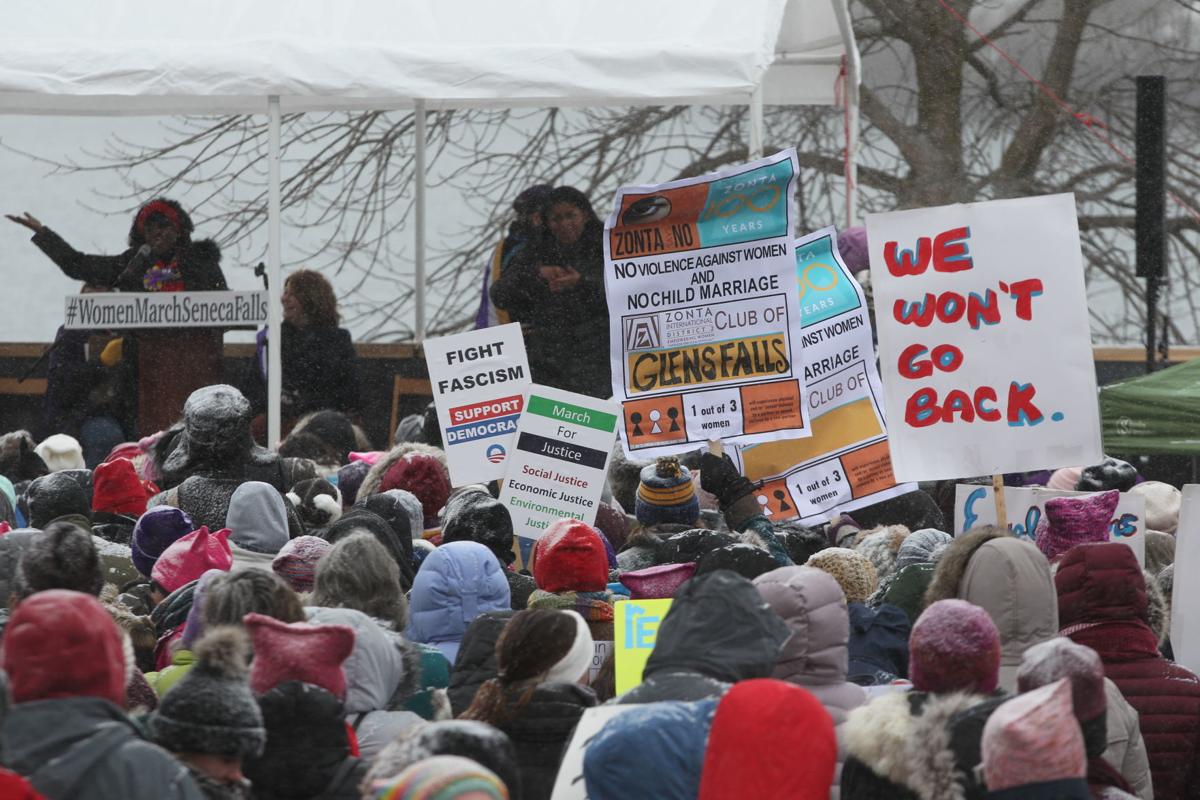 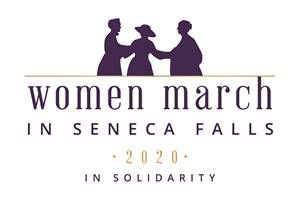 SENECA FALLS — The fourth annual Women March in Seneca Falls will expand from one to three days of activities.

This year’s event, to be staged in two venues, begins Friday and continues through next Sunday.

The first march, on Jan. 20, 2017, was on the day Donald Trump was inaugurated as President. It drew an estimated 10,000 people on an unusually warm day.

This year, the theme will be the 100th anniversary of the 19th Amendment, which gave women the right to vote. The 2020 event is billed as an “inclusive,non-partisan, three-day event designed to inspire all Americans to take an active role in democracy, encourage eligible voters to get out the vote in this centennial year, commemorating the more than 700 historic, global women’s marches of 2017, honoring the legacy of women in leadership smashing glass ceilings and championing Generation Z girls and young women.”

Events will be in Seneca Falls, the Birthplace of the Women’s Rights Movement, and nearby Auburn, the home and burial place of human rights icon Harriet Tubman.

Among those scheduled to speak:

• Toni VanPelt, president of the National Organization for Women.

• Holly Near, legendary American feminist singer and songwriter, and founder of the Women’s Music Movement.

• Louise Herne, clan mother of the Bear Clan for the Mohawk tribe.

The schedule of events is as follows:

• 2-7 p.m., a Feminist Marketplace will be at the New York State Equal Rights Heritage Center and at the Auburn Public Theater.

• 5:30 p.m., Diane Shenandoah will lead the opening ceremony and gathering reception at the Heritage Center.

• 8 p.m., Holly Near will present a concert in the public theater.

• 12:30 p.m., the fourth annual rally in Trinity Park on lower Fall Street in Seneca Falls. Jenkins will lead the rally. VanPelt will speak, while Holly Near and BETTY will provide music.

• 1 p.m., the unveiling of a bronze bust of Alice Paul, women’s rights activist and ERA proponent, at the First Presbyterian Church on Cayuga Street in Seneca Falls. Sculptor Victoria Guerina is donating the bust to the church congregation. Paul made her appeal for an ERA to the Constitution in 1923 at the church.

• 1:30 p.m., “An Epic Conversation with Activists” at the church. There will be a panel of women who lead movements and efforts for quality, equity and justice. Betty Bayer, Hobart and William Smith Colleges professor of Women’s Studies, will serve as the moderator. The convener will be Gwen Webber-McLeod, CEO of Auburn-based Gwen Inc.

Former Auburn Mayor Melina Carnicelli is the lead organizer for the three-day event. She described Women March in Seneca Falls as a non-partisan, grassroots group working to end systematic racism and sexism. It seeks gender parity in elected office, environmental justice, equal pay for equal work; an end to violence against women; support for gay, immigrant and disability rights; passing the proposed ERA; advocating for reproductive rights; and self-sovereignty for all women.