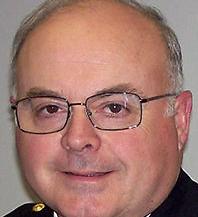 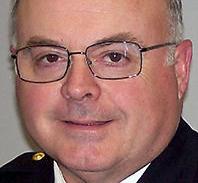 “Speed not reasonable and prudent, especially with special hazards that may exist, is occurring too much on our roadways,” Sheriff Ron Spike said.

During the state’s speed awareness week campaign, which starts Saturday and runs through Aug. 8, police officers from across the state will target speeding and other risky behavior on the roads. Officials said speed limits will be strictly enforced.

The campaign is funded by the Governor’s Traffic Safety Committee, with counties and municipalities getting grants to put more police vehicles on the road and overtime pay for officers to crack down on speeding, seat belt use, impaired driving, and other infractions.

According to traffic committee officials:

• The number of fatal crashes caused by unsafe speed increases during the summer months, with the highest totals from June through October.

• Thirty-four percent of speed-related fatal and injury crashes are between noon and 6 p.m.

• More than 30% of people speed, according to the National Highway Traffic Safety Administration. These drivers are also more likely to engage in other risky behavior while driving, such as not wearing a seat belt, drinking and driving, or using a cell phone.

Spike said locally, deputies will be watching for reckless driving around horse-drawn buggies. That comes after a fatal crash last month in Potter and two Mennonites being seriously injured earlier this month in Benton.

“Speeding drivers put themselves, their passengers, and other users of the roadway at tremendous risk, especially when in an area where sharing the roads with slow-moving vehicles such as horse and buggies, farm equipment, and bicycles,” Spike said.